Attlee, not Blair, must be Starmer's inspiration

Peter Oborne
By restoring morality to public life, challenging the failing neoliberal economic model and rebuilding the UK, Starmer can emulate his magnificent predecessor Attlee. If not, he will fail 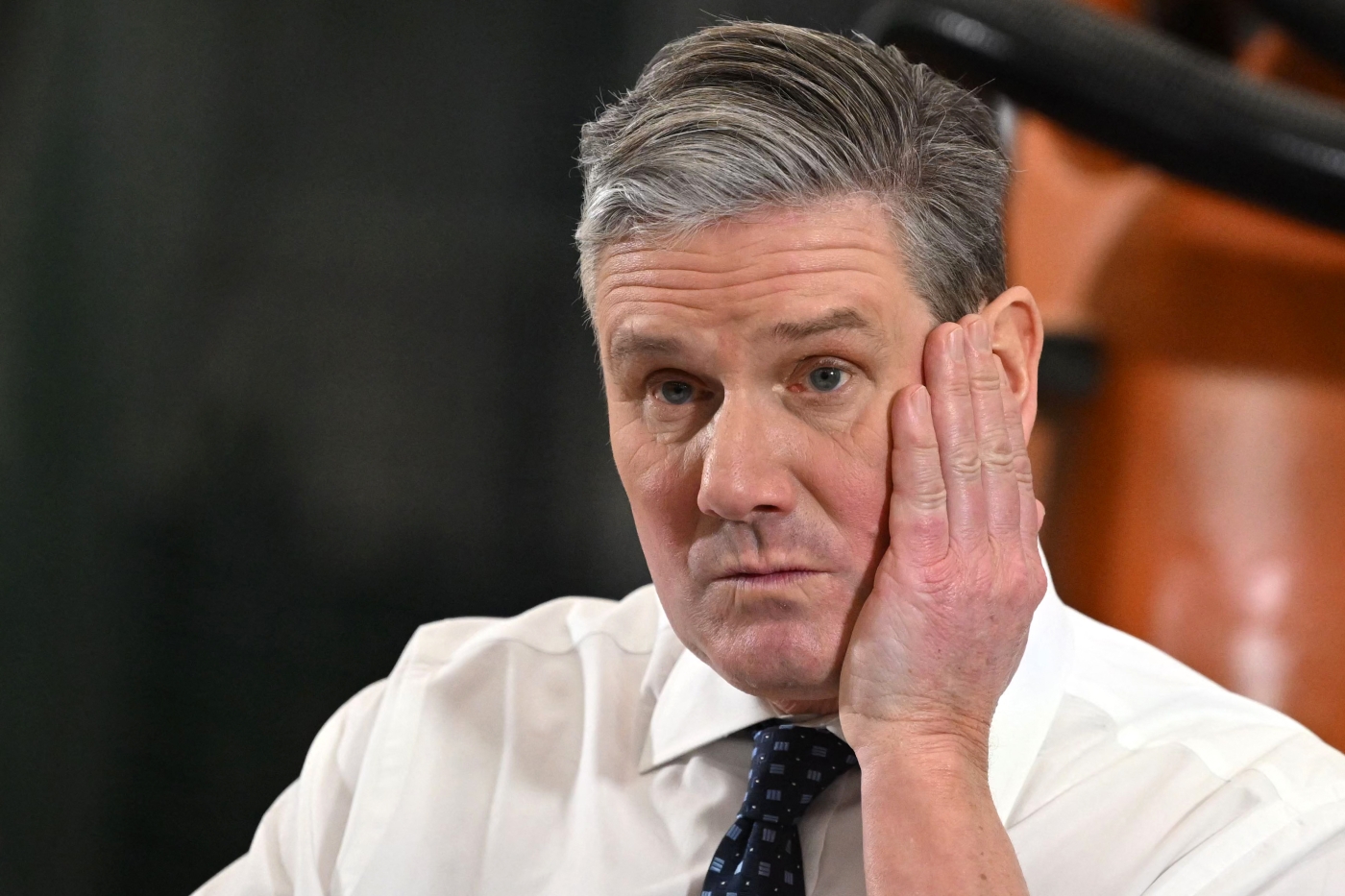 Britain's post-war history can be divided into three distinct and contrasting stages.

The first, which lasted from 1945 until 1979, can be called the Age of Attlee. The self-deprecating Labour prime minister has often been mocked in comparison with Winston Churchill, whose loyal understudy he had been during the Second World War.

But his achievement was profound. Clement Attlee established British social democracy, creating the modern welfare state and the National Health Service. Even though he enjoyed a relatively short period as prime minister (1945-51), the Tory governments which succeeded him never dared dismantle the Attlee model.

Thatcher's legacy was guaranteed in 1997 with the victory of Tony Blair’s New Labour. Rather than restore Attlee’s vision, Blair embraced Thatcher’s

The victory of Margaret Thatcher in 1979 was as momentous as Attlee’s triumph in 1945. Along with Ronald Reagan in the United States, she inaugurated an epoch of neoliberalism, defined as free markets and the sale of state assets. Her legacy was guaranteed in 1997 with the victory of Tony Blair’s New Labour. Rather than restore Attlee’s vision, Blair embraced Thatcher’s.

Today the epoch of neoliberalism has ended. The financial crisis of 2008 was the first sign. Looming global recession, mounting debt, the rise of protectionism and the US weaponisation of the dollar as a tool of foreign policy have undermined it further.

More than anywhere else, this is the case in Britain. Here, neoliberalism has degenerated in a remarkably short space of time into a system of state plunder by members of a financial elite. Attlee’s idea of the public domain, embattled though not destroyed under Thatcher and Blair, is under systematic and brutal assault - as a fresh series of scandals over the weekend demonstrate. There will be more to come.

This brings me to Keir Starmer. Starmer has taken over the Labour Party at a turning point in history when, under a corrupt government, the dominant ideology of neoliberalism has collapsed. Yet in his three years as opposition leader, Starmer has done everything he can to prop up a failing system.

Let’s take Attlee’s greatest legacy - the National Health Service. Earlier this month, Starmer adopted the hardcore neoliberal position that the NHS must “reform or die”, with the private sector given a larger role - a position already championed by the shadow health secretary, Wes Streeting.

Starmer set out this new position in the Daily Telegraph, a paper so far to the libertarian right that it even supported Liz Truss’s calamitous budget. 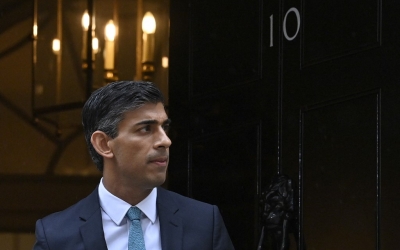 It’s the same with trade unions. Starmer has refused to support this winter’s strikes and banned Labour MPs from appearing on picket lines - even though opinion polls show that many of the strikes enjoy a great deal of public sympathy.

On Brexit, it is a similar story. As evidence mounts that leaving the European Union has been a disaster for the UK, Starmer endorses the same denialism adopted by the prime minister, Rishi Sunak, and his ministers. This position is all the more baffling because all opinion polls show that public opinion on Brexit has shifted irrevocably.

So, it seems that Starmer has made a strategic decision to fight the coming general election on Tory terms - as a supporter of neoliberal policies, but as someone who can manage them better.

But there is a twist to this strategy. Starmer has chosen not to define his leadership of the Labour Party against the prime minister - as one would expect of an opposition leader.

Instead, he defines himself against his predecessor, Jeremy Corbyn. This has led to bizarre intellectual contortions, because Starmer was one of Corbyn’s most senior lieutenants at the 2019 general election. Yet at the next election, which must be held before January 2025, he will stand as the Labour leader who, while agreeing with many Tory policies, repudiates Corbyn and all his works.

The Tories have worked out Starmer’s strategy, and ruthlessly play on it. At prime minister’s questions late last year, Sunak accused Starmer of supporting Corbynite plans to abolish the armed forces, withdraw from Nato and scrap the nuclear deterrent.

Starmer would have known that Labour’s manifesto contained none of these proposals. But he did not say so - or even lift a finger in Corbyn’s defence, even when he was smeared by the Tories in parliament. Starmer’s strategy (also adopted by his front bench) involves the vindictive demonisation of Corbyn.

To give another example, last year Labour’s national executive committee cleared Jenny Manson, co-chair of Jewish Voice for Labour, after a long investigation into her assertion on Newsnight that claims of antisemitism in the Labour Party had been "exaggerated".

Starmer’s Labour made this ruling even though Manson refused to retract, let alone apologise for, what she said. Corbyn, whose case is all but identical, remains in exile.

Here is the defence of Starmer: he is not seeking doctrinal purity. His ruthless objective is to win the next election, whatever the means. His prime target is middle-of-the-road Conservative voters who are understandably repelled (as any decent person must be) by the incompetence, corruption and personal greed of Sunak’s morally derelict Conservatives.

The opinion polls suggest this policy is working. One-nation Conservatives, led by the former Conservative chancellor Ken Clarke, say they want Starmer to win. I expect others, probably including former cabinet ministers, among them the former Tory star and leadership contender Rory Stewart, to follow suit.

This is exactly the strategy followed by Tony Blair ahead of his famous 1997 general election landslide. It is often forgotten that Blair, like Starmer, was neurotically cautious, endorsing his opponent’s economic policies.

Blair, again like Starmer, behaved as if his main opposition was the Labour left (above all the unions). Blair, in another analogy with Starmer, was guided by focus groups. (This is another important reason why Starmer’s policies are almost identical to Sunak's, who is equally obsessed with this dismal political technology).

It is often forgotten that Blair, like Starmer, was neurotically cautious, endorsing his opponent’s economic policies

Such an approach might help him to win the next election, but it is not leadership - and will make actual government much harder.

The British state has entered its deepest crisis since Clement Attlee was elected prime minister three-quarters of a century ago.

This crisis has handed Starmer a historic opportunity to emulate his magnificent predecessor, by restoring morality to public service and rebuilding Britain.

He stands no chance, however, if he continues to embrace a bankrupt political and economic model. 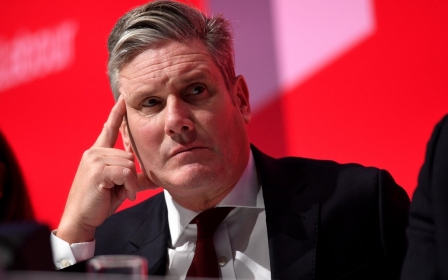 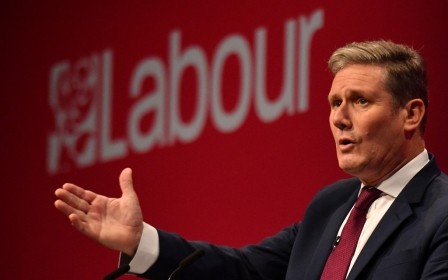 UK Politics
Keir Starmer is finally ahead in the polls – but at what cost?
Jonathan Cook 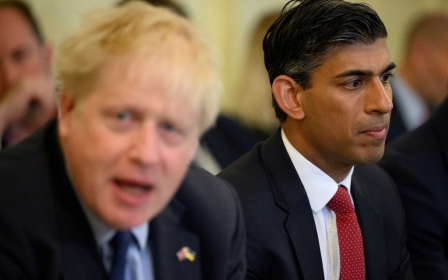 UK Politics
It's judgement day for Boris Johnson. And a nightmare for Rishi Sunak
Peter Oborne