Shamima Begum: What does it mean to be British?

Fatima Rajina
The discussion should not centre on whether or not she is a worthy citizen of the UK. The state owes her rights and responsibilities as it does to its other citizens 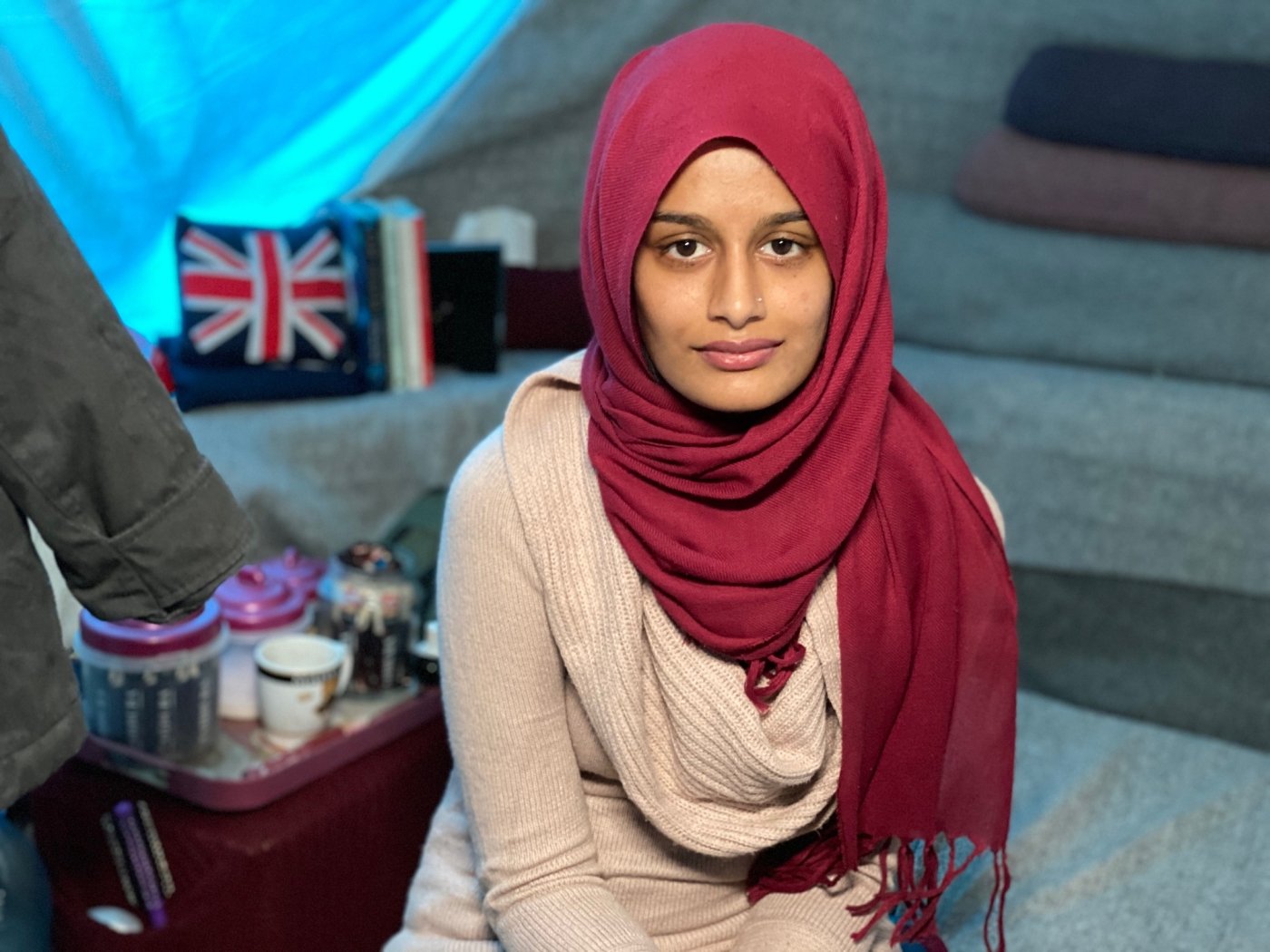 I grew up in a large Bangladeshi family where our relatives in Bangladesh would joke about how we have a bideshi (foreign) way of pronouncing words in Bengali.

It's a subtle but typical joke many in the diaspora experience when their relatives "back home" poke fun at their language skills. Not belonging over there becomes evident in many ways, but not being accepted in the country where you were born and raised is another battle.

Shamima is framed as someone who should have been grateful for her life in the UK. A life she should never have thrown away

When news broke last week that Shamima Begum won an appeal to be allowed to return to Britain to fight her case, it left me with a question: where does Shamima Begum belong? Bangladesh has washed its hands of her and Britain has taken every possible step to keep her outside the country.

Begum, who was only 15 years old when she absconded to Syria with two of her friends from Bethnal Green, resurfaced on our television screens four years later when a journalist from the Times found her stranded in a refugee camp.

It was during The Times interview that the British public’s disdain turned on her. She was interviewed again after giving birth to her third child; the cameras were hovering over her face and her new-born baby in her lap.

Everyone dissected every ounce of her humanity.

She has been framed as someone who should have been grateful for her life in the UK - a life she should never have thrown away. During the second interview, we met a 19-year-old Shamima. The discussions ever since have revolved around her lack of loyalty to the UK, affirming that she deserved to have her citizenship revoked.

On the other hand, politically, this decision was justified in legal terms by claiming "that she also holds Bangladeshi citizenship by descent through her parents by virtue of section 5 of the Bangladesh Citizenship Act 1951.

This means she is eligible for Bangladeshi citizenship but is not a citizen of the country yet. Bangladesh has rejected this claim for Begum.

Another factor to consider in how Begum has been constructed as someone who was fully aware of what she was doing. This is interesting because Muslim women have been (re)presented as oppressed and incapable of looking out for themselves. However, suddenly in the case of Begum, who was 15 when she left for Syria, she allegedly had full autonomy and knew exactly what she was getting herself involved in.

Begum's case shows clearly how frail citizenship status is in the UK. This pattern of otherness that targets certain UK citizens, despite them having spent most or all their lives in the UK, came to the fore during the Windrush scandal in 2018 where British citizens, almost all of African-Caribbean descent, were wrongly detained, denied legal rights, threatened with deportation, and, in at least 83 cases, wrongly deported from the UK by the Home Office.

She is a British citizen, she is our homegrown problem and if we are truly patriotic, which i proudly am, we should always adhere to our values not play to the baying mob.
And please dont tweet nonsence if you havnt read the Ct of Appeals judgement 🤷🏽‍♀️#ruleoflaw #shamimabegum https://t.co/w51HU8nD3Y

Stripping citizenship became a tool weaponised by the state, in the majority of cases, against racialised groups. It illustrates how quickly a person can be designated as "the other" because, in truth, that is what one always was in the eyes of the state, just floating around on the margins waiting to be expelled, to be made stateless.

These supposed transgressions serve as a reminder that even when one has access to British citizenship, it does not, therefore, mean equal access to justice. It becomes incumbent upon the accused to prove to the state their value to the nation.

Such a negotiation inevitably sheds light on the exceptionalisation of Britishness and who can embody and encompass it.

The recent appeal court verdict allowing Begum back into the UK is significant in light of recent discussions around race relations following the Black Lives Matter movement protests.

There is currently a raised race consciousness over how racial biases manifest within different structures of society. The denial of her right to return has centred on her Muslim identity and how much of a danger she poses to society and national security. 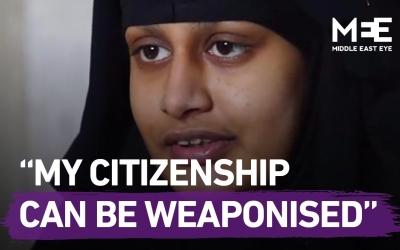 'Citizenship can be weaponised': What does Shamima Begum's case say about 'Britishness' and identity?
Read More »

There has been a concerted effort by the current government to present Begum as a threat to the public, absolving it of responsibility. But the discussion should not centre on whether or not she is a worthy citizen of the UK. She is a British citizen. The state owes her rights and responsibilities as it does to its other citizens.

She was born and raised in the UK, she was groomed in the UK and is a product of the UK. This sits uncomfortably with many because it means putting up a mirror to the society where we grew up, to question what this society is capable of doing to someone.

It is time we examine the systems in place and how they enable the otherisation of people. To effectively transform a society, the UK must confront its violent history and its continuous entanglement in violent displacements at home and abroad.

This discussion will have to factor in the need to address the UK’s legal system, such as the Prevent counter-radicalisation programme, which functions as the basis for the everyday othering of Muslims in particular. Without addressing these issues, there will remain little possibility of dismantling the structures that creates individuals like Shamima Begum.