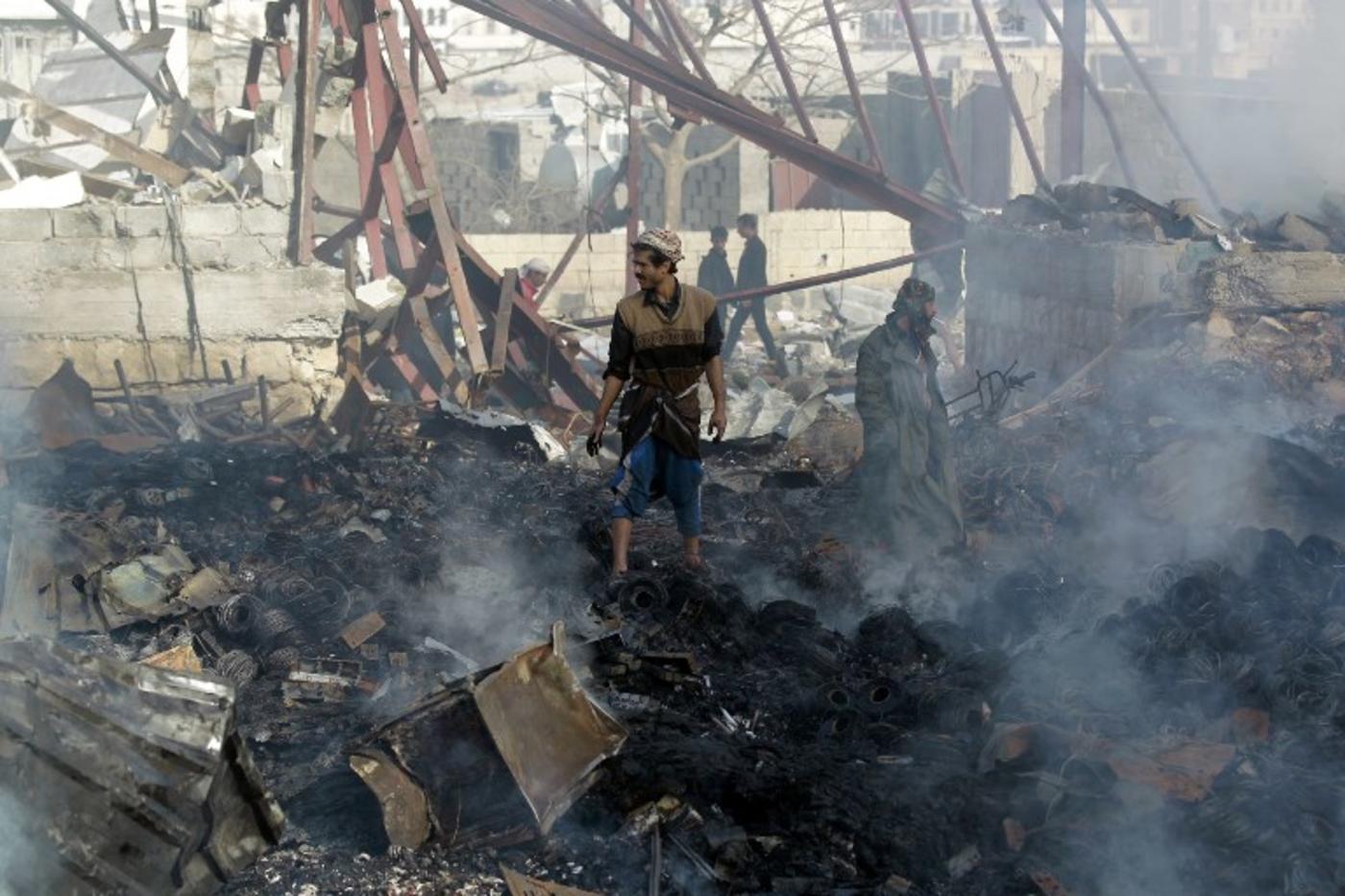 Britain and America are above the law. Our complicity in Saudi Arabia’s war in Yemen proves it.

This week, the High Court in London ruled that British arms sales to Saudi Arabia are lawful, dismissing a judicial review filed by Campaign Against Arms Trade (CAAT), which had demanded that weapons exports be halted over humanitarian concerns.

Our laws are not fit for purpose - the rule of law has become a farce, a figleaf to enable the US and Britain to outsource illegal wars to their Gulf proxies

CAAT are appealing the ruling, and no wonder – it was ultimately decided on the basis of largely secret evidence supplied by the UK government, heard in closed court. This is not open justice: it is evidence of how the Whitehall foreign policy establishment abuse "national security" as a carte blanche to protect themselves from legal accountability.

The same thing is happening across the pond. According to a former senior war crimes advisor to the US State Department, US arms sales to Saudi Arabia are “prohibited” under US laws due to “credible allegations” of illegal actions during the kingdom’s bombing campaign in Yemen.

The analysis is set out in a compelling white paper published in May by Professor Michael Newton, who teaches the International Law Practice Lab at Vanderbilt University Law School. The American Bar Association sent Newton's paper to the US Senate saying that "questions had arisen" concerning whether the sales were "consistent with US statuatory obligations".

Unfortunately, despite the robustness of the legal argument, it did not prevent the US Senate from narrowly backing the sale of $500m worth in precision-guided munitions to Saudi Arabia in mid-June.

If our domestic laws have no power to prevent our governments from becoming complicit in Saudi state terror in Yemen, this does not make those arms sales legitimate. It means, simply, that our laws are not fit for purpose - that the rule of law has become a farce, a figleaf to enable the US and Britain to outsource illegal wars to their Gulf proxies.

According to the UN’s Office of the High Commissioner for Human Rights, there have been over 13,000 civilian casualties in Yemen, with 21 million Yemenis in urgent need of humanitarian assistance. Saudi Arabia’s indiscriminate bombing campaign in Yemen, which has contributed directly to this crisis, has been condemned as unlawful by a UN panel of experts, the European Parliament and humanitarian NGOs.

Lynn Maalouf, deputy director for research at Amnesty International’s Beirut regional office, said that British and American weapons “have been used to commit gross violations and helped to precipitate a humanitarian catastrophe” in Yemen.

Like Britain, the US has played a lead role in supporting Saudi Arabia’s war in Yemen through exports of military equipment, including for in-flight refuelling to support the bombing campaign. Over the last eight years, the US has provided more than $115bn in arms sales to Saudi Arabia.

Last year, the Obama administration authorised $1.3bn in arms sale, despite internal warnings from some State Department officials that the US could be implicated in war crimes for supporting the Saudi-led air campaign in Yemen.

In May, President Donald Trump announced a $110bn arms deal with Saudi Arabia over the next 10 years although, like all things Trumpian, the scale of the deal may well have been deliberately overblown.

But it’s the thought that counts, of course: the earnest joint American and Saudi desire for a lucrative, long-term arrangement in which the US military-industrial complex profits from the massacre of Yemeni civilians.

But according to Professor Michael Newton, ongoing US arms sales are “prohibited” under the Arms Export Control and the Foreign Assistance Act.

Following a distinguished US military career, Newton served as the senior advisor to the ambassador-at-large for war crimes Issues in the US State Department. He also taught international law at the US Military Academy at West Point.

Newton told me that despite these strong findings, he was not trying to say “that Saudi Arabia committed war crimes, but merely that they have done an insufficient job of addressing the serious allegations”. The remedy, he said, is for the US and Saudi Arabia “to coordinate closely on transparency and improved targeting".

Yet this is not happening. There is no transparency, and no evidence of improved targeting. And as long as this doesn’t happen, US arms sales to Saudi Arabia "should not be presumed to be permissible," writes Newton.

Even after Saudi military units received training and equipment to reduce civilian casualties, “multiple credible reports of recurring and highly questionable strikes” continued to emerge. Newton thus argued that the US government “cannot continue to rely on Saudi assurances that it will comply with international law and agreements concerning the use of US-origin equipment".

He therefore concluded that under federal law, further arms sales “are prohibited… until the Kingdom of Saudi Arabia takes effective measures to ensure compliance with international law and the president submits relevant certifications to the Congress".

Of course, neither is happening, but at least US "defence" companies are making a killing. Literally.

I asked Andrew Smith, a spokesperson for CAAT, about these findings. "We welcome all scrutiny of governments that are complicit in arming and supporting the brutal bombardment that has been unleashed on Yemen,” he said.

“The growing opposition to the US government's uncritical support of the Saudi regime is very important and it is only right that it is questioned not just in Congress and on the streets, but also by legal experts."

I also asked the State Department what they thought of Professor Newton’s damning conclusions. A spokesperson replied over email, but did not address the main allegation that the arms sales are simply prohibited under federal law.

"All potential US defense sales are carefully assessed under the US government’s Conventional Arms Transfer (CAT) Policy to examine issues including regional security, nonproliferation, and human rights concerns," the spokesperson wrote.

All this is done "as part of a broader determination [emphasis added] as to whether or not a sale is in the best foreign policy and national security interests of the United States".

The spokesperson went on to assure me that a review and monitoring process is always undertaken to ensure that US arms "are used in the manner intended and consistent with our legal obligations, foreign policy goals, and values".

But in the context of Newton's argument, this suggests that the US government is in fact intimately aware of the Saudi state's systematic violations of international law in Yemen - and is happy to continue supporting the war all the same.

Photo: Yemenis inspect the damage at a sewing workshop that was hit by a Saudi-led coalition air strike in the capital Sanaa, on 14 February 2016. (AFP) 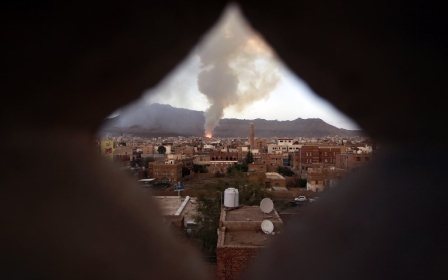