How Iranian and American posturing could lead to war

Shahir Shahidsaless
With the two antagonists seemingly not talking, a false flag operation could lead to a war that would consume the Middle East 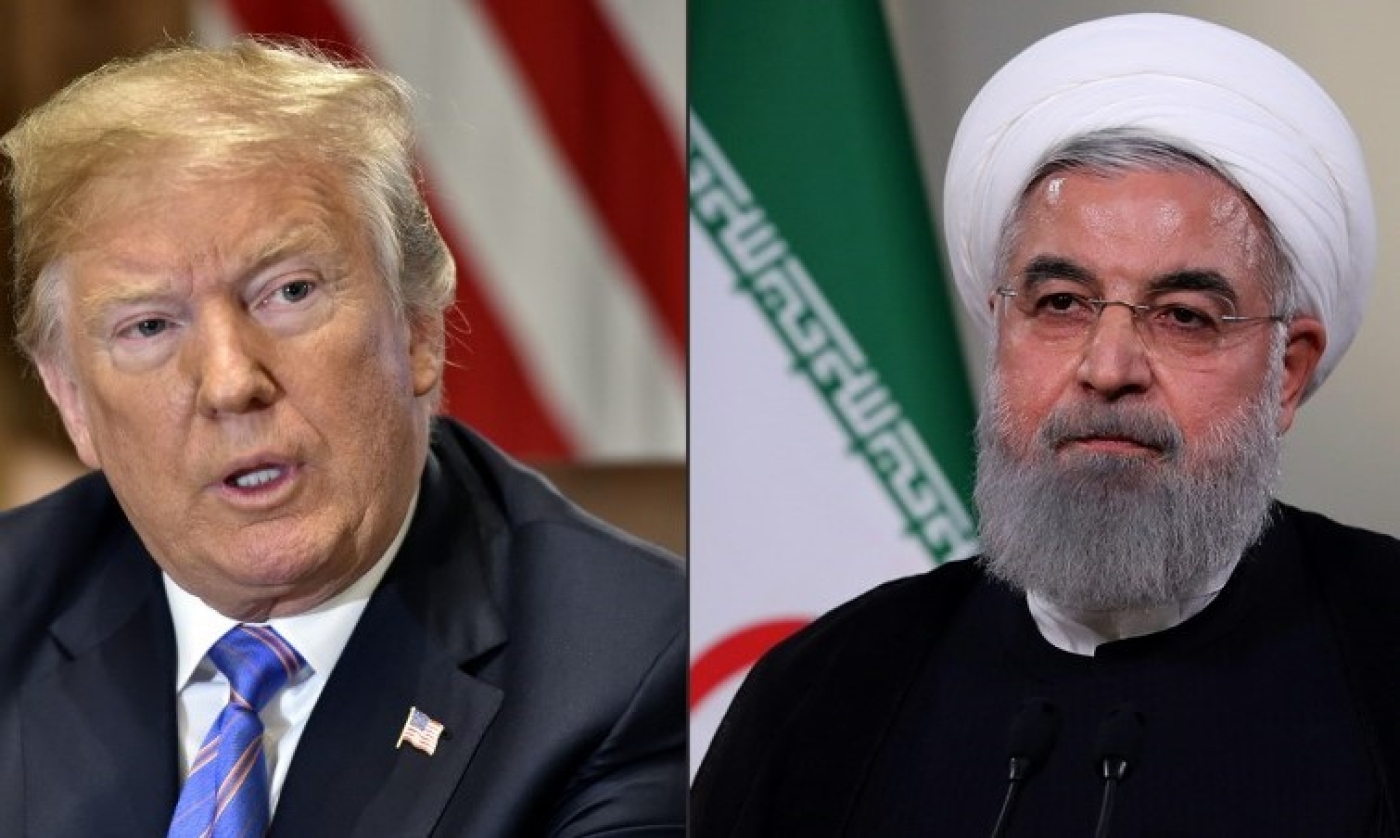 Relations between Iran and the United States continue to deteriorate, becoming more and more dangerous by the day.

The US administration’s "maximum pressure" campaign against Iran, combined with an increased presence of American forces in close proximity to Iranian forces and their proxies in the region, could ignite an inadvertent war that would consume the whole Middle East.

There are several potential flash points that could lead to a military conflict. One of the danger areas is an accidental exchange of fire between the speed boats of the Islamic Revolutionary Guard Corps (IRGC) and the US naval forces in the Persian Gulf, as a result of miscommunication or one side taking a posture the other perceives as threatening.

There have been several close confrontations between the Revolutionary Guard’s navy and that of the US.

Inadvertent entry of US Navy vessels into Iranian waters, as happened in 2016, resulting in the American crew’s capture and detention, could also lead to a flare-up.

Perhaps the most menacing and most likely event that could lead to the outbreak of war is a "false flag" operation staged by Israel with the help of the People’s Mujahedin of Iran (MEK), a movement that seeks regime change in Tehran.

US National Security Advisor John Bolton, an Iran hawk, has been attending the MEK’s annual event for at least a decade, as reported by the New Yorker. During a gathering in March 2018, Bolton told MEK supporters that they would overthrow Iran’s regime and celebrate in Tehran with Bolton “before 2019”.

Against this backdrop, what has brought this critical situation to a deadlock is a lack of communication between the two states caused by flawed perceptions on both sides. Tehran and Washington have taken opposing positions with regard to bilateral talks.

“I favour talks and diplomacy, but under the current conditions I do not accept it, as today’s situation is not suitable for talks and our choice is resistance only,” said Iranian President Hassan Rouhani on 20 May.

The next day, Iranian Foreign Minister Mohammad Javad Zarif explained what Rouhani meant. Zarif said: “Iran never negotiates under coercion. You cannot threaten any Iranian and expect them to engage. The way to do it is through respect, not through threats.”

The argument these two high-ranking moderate figures make seems logical. The history of the Islamic Republic also shows that Iran, during the Islamic Republic era, has never bowed to pressure to engage in talks that could eventually force it to accept a unilateral loss.

The case of demanding “zero enrichment” was at the centre of the US-Iran conflict for ten years (from 2003 to 2013) and brought Iran on one side, and the US and Israel on the other, to the brink of war.

However, Iran never bent. It tolerated $185bn in losses as a result of sanctions until finally, then-US President Barack Obama labelled the idea of zero enrichment inside Iran as something that could only materialise in "an ideal world".

That said, Iran’s deep state, dominated by conservatives and led by Ayatollah Ali Khamenei, categorically rejects detente with the US and therefore any talks aimed at rapprochement.

After the conclusion of the nuclear agreement, Khamenei immediately banned further talks with the US and thus closed the door on any possible improvement in US-Iran relations. “We agreed to hold talks with America only on the nuclear issue and for particular reasons,” he remarked. “I have not authorised negotiations and [we] will not hold talks with them.”

This is a strategic thinking shared by the conservatives who fear that expansion of relations with the US would lead to the rise of western liberalism and to them losing their grip on power.

On 6 May, the IRGC, through its official political organ, Sobhe Sadeq, declared that the US-Iran conflict is “fundamental, ideological, existential and cannot be resolved through negotiations”. 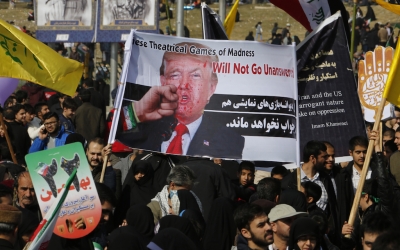 Meanwhile, Ayatollah Khamenei, including in his 14 May statements, has repeatedly insisted that “there is not going to be any war". He added: "Neither we nor they - who know war will not be in their interest - are after war.”

Khamenei’s argument is flawed on two counts. First, he believes that wars begin after both sides have done extensive, meticulous cost-benefit calculations.

Seeking to identify the causes of wars, Robert Jervis, the renowned professor of international politics, concludes that, "war can occur without misperception, but rarely".

Misperception, Jervis writes, is "inaccurate inferences, miscalculations of consequences, and misjudgments about how others will react to one's policies, and may include military optimism, pessimism about long-term diplomatic and military prospects, incorrectly anticipated consequences."

Second, and more importantly, nobody in the conservative camp has an answer to this question: How can an antagonistic conflict between two states that continually strive to inflict serious damage to each other’s interests be resolved, in the absence of talks, other than by going to war?

On the American side, President Trump on the contrary says: “What I’d like to see with Iran, I’d like to see them call me.… What they should be doing is calling me up, sitting down; we can make a deal, a fair deal.”

Trump has made it clear that he does not want to go to war with Iran. According to a recent Washington Post report, Trump is frustrated with some of his top advisers over the threat posed by Iran.

He says that his hardline aides could rush the US into a military confrontation with Iran and shatter his campaign pledge to avoid costly foreign wars. According to the Post, Trump is particularly frustrated with Bolton and Secretary of State Mike Pompeo, who have both taken an aggressive stance against Iran.

That said, Trump appointed these people, and the moves he has made - seemingly in order to satisfy his political base - have thus far failed, and in embarrassing ways. He sorely needs a political win, and to that end he has targeted Iran. There are two big problems with his approach.

First, Iran will not surrender to Trump’s demands, even under the pressure of the stiffest sanctions. Iraq was under the strictest international, UN-led sanctions for almost 13 years, but Saddam Hussein never bent, preferring the cost of war.

Trump wants Iran to stop its support for proxies in the region, put a cap on its missile programme, and permanently limit its nuclear programme to the current level. Almost everyone in the international community knows these demands are non-starters.

Second, Trump has in practical terms closed the door on negotiations. There is no chance that under these pre-conditions Trump would receive a call from Tehran.

Therefore, outsourcing Iran policies to hawks such as Bolton and Pompeo, in the absence of communication with Iran, combined with the real danger of the occurrence of a false flag operation, is a recipe for a war that he does not want.

Insisting on the current "maximum pressure" campaign will not bring Iran to its knees and therefore present Trump with a winning card to play in the 2020 presidential election.

In fact, if Trump persists with the current approach, he will be fortunate to keep the US from plunging into a disastrous war with Iran, which could impact his political fate in any number of ways.

Nevertheless, with the two sides locked in a hostile, incommunicative relationship, a short-term but urgent action to be taken by Iran and the US is to open indirect channels of communication, tighten the rules of engagement on both sides and take extreme measures to prevent an unintended clash provoked by rogue elements conducting false flag operations. 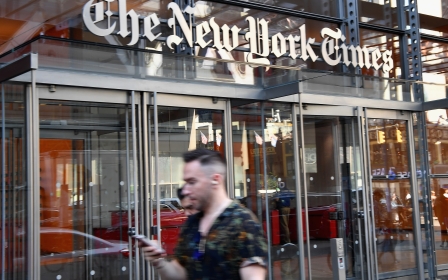