The US-Russia gas pipeline war in Syria could destabilise Putin

Nafeez Ahmed
Military solutions are not the answer to the perfect storm of climate, energy, food, economic and geopolitical crises facing Russia 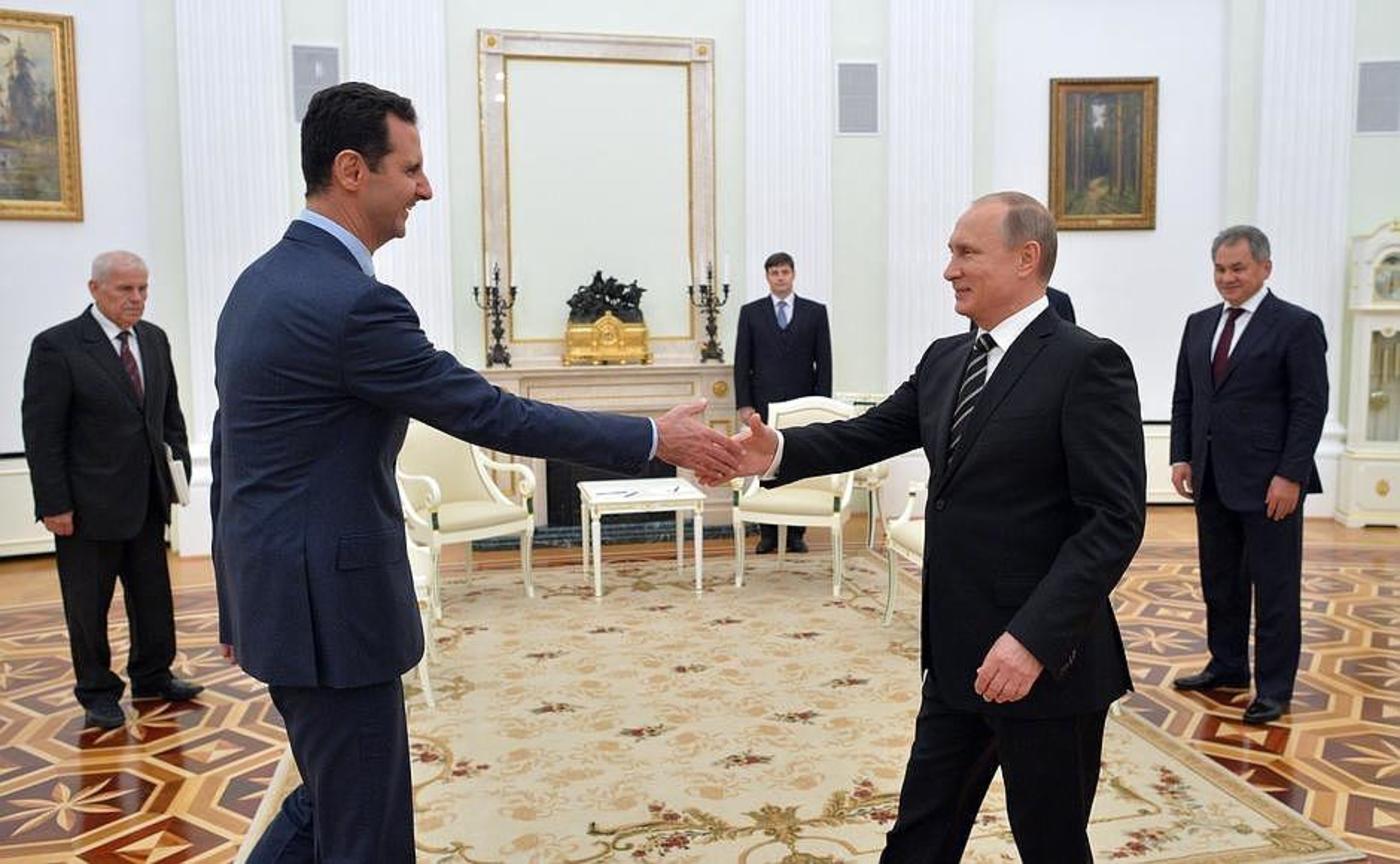 For the last few years, the Saudi kingdom’s insistence on pumping oil at high capacity has dramatically depressed oil prices. The result has undermined Saudi’s major oil rivals in OPEC – like Iran and Venezuela.

It has also hit Russia, hard.

Rating agency Standard & Poor forecasts that Russia’s budget deficit is set to swell to 4.4 per cent of GDP this year. Russia’s own finance ministry concedes that if expenditures continue at this rate, within sixteen months – by around the end of next year – its oil reserve funds will be exhausted.

Meanwhile, over the last year real incomes have dropped by 9.8 per cent, and food prices have spiked by 17 per cent, heightening the risk of civil unrest.

Rumbling along beneath the surface of such financial woes are deeper systemic issues.

A report from the Swedish Defence Research Agency notes that “prolonged dry periods in southern Russia are having the effect of reducing the level of food production”.

Most of Russia’s wheat imports come from Kazakhstan, “where climate change is expected to exacerbate droughts. These impacts would make farming harder and food more expensive,” observe Dr. Marina Sharmina and Dr. Christopher Jones of the Tyndall Centre for Climate Change Research.

Russia’s looming energy crisis is the other elephant in the room. In 2013, HSBC forecasted that Russia would hit peak oil between 2018 and 2019, experiencing a brief plateau before declining by 30 per cent from 2020 to 2025.

That year, Fitch Ratings came to pretty much the same conclusion. And last year, Leonid Fedun, vice-president of Russia’s second largest oil producer, Lukoil, predicted that the production could peak earlier due to falling oil prices and US-EU sanctions.

Faced with overlapping economic, food and energy crises, Russia is well and truly on the brink.

War is a racket

His goal was explained this October in Foreign Affairs, the distinguished journal of Washington DC’s Council on Foreign Relations.

“Most of the foreign belligerents in the war in Syria are gas-exporting countries with interests in one of the two competing pipeline projects that seek to cross Syrian territory to deliver either Qatari or Iranian gas to Europe,” wrote Professor Mitchell Orenstein of the Davis Center for Russian and Eurasian Studies at Harvard University.

I had reported on the competing gas pipeline plans for the Guardian in 2013. Two years later, Foreign Affairs is finally catching up.

As Orenstein explained, “in 2009, Qatar proposed to build a pipeline to send its gas northwest via Saudi Arabia, Jordan, and Syria to Turkey… However, Syrian President Bashar al-Assad refused to sign the plan; Russia, which did not want to see its position in European gas markets undermined, put him under intense pressure not to”.

Russia’s Gazprom sells 80 per cent of its gas to Europe. So in 2010, Russia put its weight behind “an alternative Iran-Iraq-Syria pipeline that would pump Iranian gas from the same field out via Syrian ports such as Latakia and under the Mediterranean.” The project would allow Moscow “to control gas imports to Europe from Iran, the Caspian Sea region, and Central Asia.”

Up to this point, US policy toward Assad had been ambivalent. State Department cables obtained by Wikileaks reveal that US policy had wavered between financing Syrian opposition groups to facilitate “regime change,” and using the threat of regime change to induce “behaviour reform”.

Obama’s preference for the latter resulted in US officials, including John Kerry, shamelessly courting Assad in the hopes of prying him away from Iran, opening up the Syrian economy to US investors, and aligning the regime with US-Israeli regional designs.

Even when the Arab Spring protests resulted in Assad’s security forces brutalising peaceful civilian demonstrators in the streets, both Kerry and then Secretary of State Hillary Clinton insisted that he was a “reformer” - which he took as a green light to respond to further protests with massacres.

The Scramble for the Mediterranean

Then in July, a $10 billion Iran-Iraq-Syria pipeline deal was announced, and a preliminary agreement duly signed.

By late 2011, the US, UK, France and Israel were ramping up covert assistance to rebel factions in Syria to elicit the “collapse” of Assad’s regime “from within”.

“The United States… supports the Qatari pipeline as a way to balance Iran and diversify Europe’s gas supplies away from Russia,” explained Orenstein in Foreign Affairs.

Russia moved quickly to support the parties in signing a Memorandum of Understanding (MoU) in July 2012. By the end of 2013, Russia had signed an offshore gas deal with Syria to explore the eastern Mediterranean, estimated to contain a total of about 122 trillion cubic feet of recoverable natural gas.

The move was seen as “unhelpful” by the US, which has worked with Israel, Egypt, Turkey, Cyprus and Lebanon to develop an Israeli-dominated regional gas export architecture capable of supplying eastern Mediterranean gas to Europe.

“Natural gas discoveries in the eastern Mediterranean… have the ability to undermine Russia’s dominant position as a natural gas supplier to Western Europe,” wrote Simon Henderson, director of the Washington Institute’s Gulf and Energy Policy Programme.

is compounded by fears over the geopolitical consequences of Assad’s downfall.

In October last year, former director for China policy at the US Department of Defence, Dr. Christina Lin, warned presciently that the if the US-led coalition’s strategy against the Islamic State (IS) swung too far toward toppling Assad, it could cross a “red line” that could trigger Russian military escalation.

“From the Russian perspective, replacing Assad with an Islamist regime will also further export terror and radicalise Muslims in Chechnya,” wrote Lin. “Russia also wants to protect its naval port in Tartus, and has already demonstrated through its action in Ukraine it would not hesitate to use military force to defend its core interests.”

She noted that Turkey in particular has been more concerned with toppling Assad than fighting IS.

This is not surprising given that, as a senior Western official familiar with a large cache of intelligence obtained this summer told the Guardian, “direct dealings between Turkish officials and ranking ISIS members was now ‘undeniable’”.

The same official also confirmed that Turkey has been supporting other jihadist groups, including Ahrar al-Sham and Jabhat al-Nusra, al-Qaeda’s affiliate in Syria. “The distinctions they draw [with other opposition groups] are thin indeed,” said the official. “There is no doubt at all that they militarily cooperate with both.”

That hasn't stopped the US from running its rebel training and supply programme through Turkey.

If the US continues to allow Turkey to “change the mission of degrading ISIS into one of regime change in Syria,” said Lin exactly a year before Russia’s military intervention, this “would pit the coalition against the otherwise cooperative Beijing-Moscow-Tehran axis on ISIS”.

But Putin is severely deluded if he thinks military solutions are the answer to the perfect storm of climate, energy, food, economic and geopolitical crises Russia is facing.

In 1979, as revealed by then National Security Adviser Zbigniew Brzezinski, the US had covertly supported mujahideen activity six months before the Russians invaded Afghanistan. The idea, he said, was to draw them into the “Afghan trap,” accelerating Soviet collapse.

At this rate, it’s going to work again in Syria. 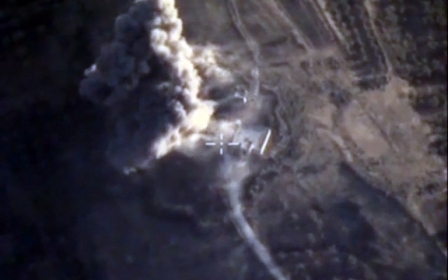 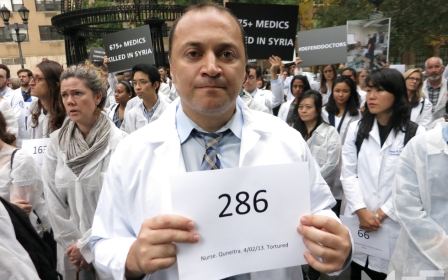 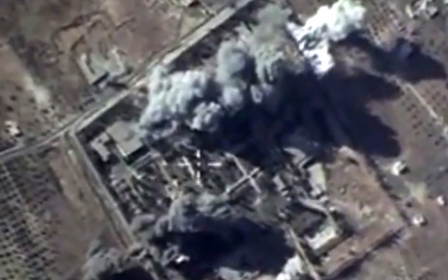