Vaccine politics: It's time to rethink the colonial global economy

Mark Ayyash
While rich countries are busy hoarding the Covid-19 vaccine, poor countries may not receive it until 2024 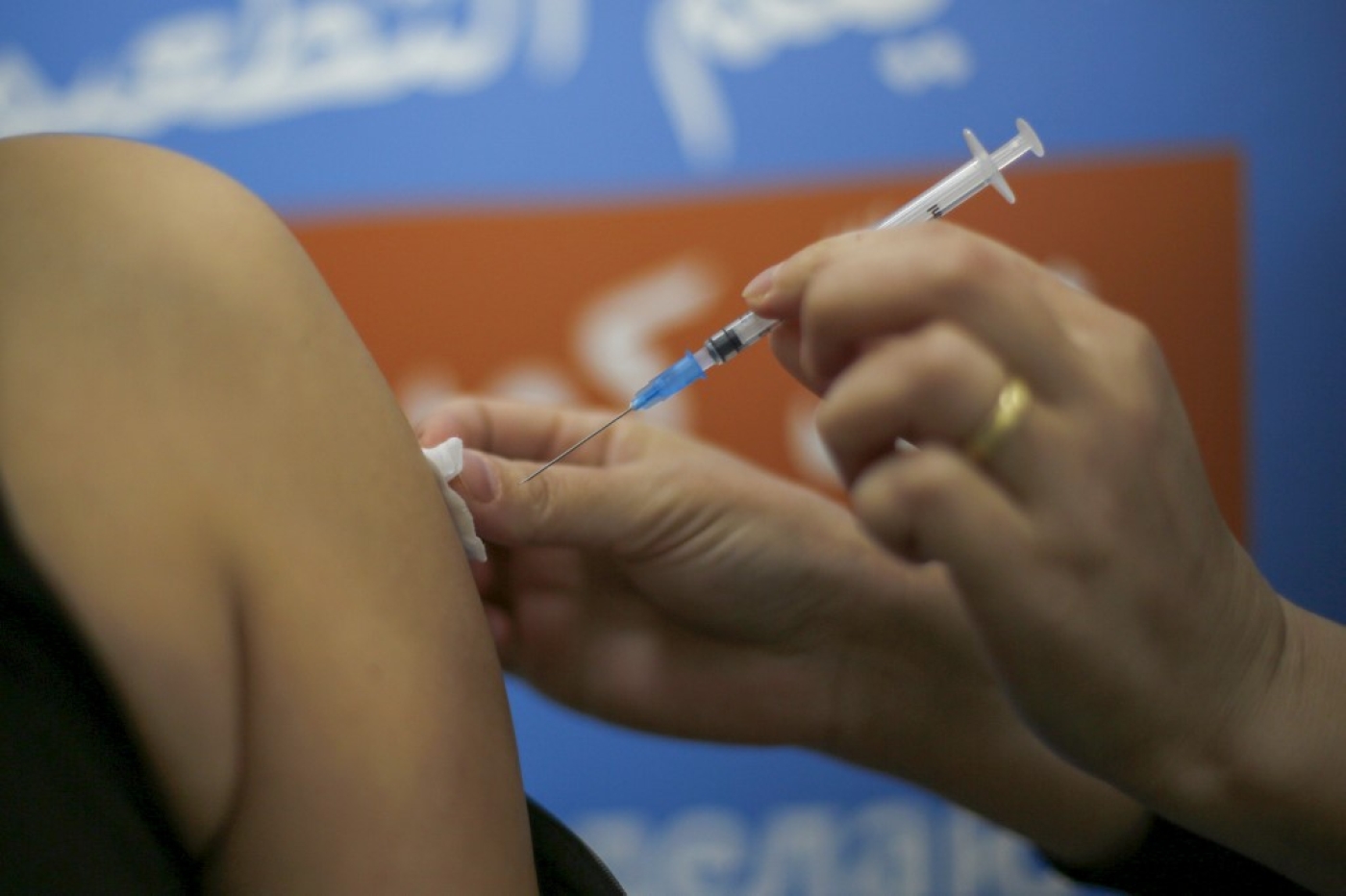 As Israel rolled out its Covid-19 vaccination programme last month, largely leaving Palestinians out in the cold, Health Minister Yuli Edelstein said: “We can’t deny an Israeli citizen a vaccination because we want to help someone else. But if there will be extra or a feeling that everyone is feeling safe, then we will.”

In other words, vaccinating the five million Palestinians who live in the occupied West Bank and Gaza is not a priority - but it may be in Israel’s self-interest to do so, if it helps to curb the spread of the virus on a broader scale.

Palestinians face major obstacles in inoculating themselves against coronavirus because of decades of Israeli settler-colonial policies. From the brutal siege of Gaza, to the de-development of the Palestinian economy and health services, to the strict control over boundaries and resources, Israel has long ensured that Palestinians are in a position of dependence.

This contrast is a microcosm of the larger world. On one side of the picture, rich countries such as Israel are busy hoarding the vaccine. On the other side, poor countries such as Palestine - the Covax coalition - may not receive vaccination until 2024.

Many explain this contrast by highlighting the rich states’ advanced healthcare systems and infrastructure, but this misses the deeper question of how the wealth needed for building such capacities was generated in the first place.

Is the strategy just to throw the poor the leftovers of the rich, and only when that is in the self-interest of the powerful?

As of 15 January, Israel was the world leader in administering the coronavirus vaccine to its citizens, followed by the UAE, Bahrain, the UK and the US, to round out the top five. These countries differ in their systems of government, regulatory regimes and so on, but what they share is wealth. This begs the question: why are these countries rich?

In answering this question, I won’t entertain the facile and racist answers that highlight “cultural values”. More sound are explanations by political economists that examine trade policies, geographical locations and natural resources - but these still often fail to address the long history of wealth extraction through slavery, colonialism and exploitation in postcolonial spaces.

Thus, the contrast between the UK and Nigeria; the US and take your pick; the UAE and exploited migrant labourers; or Israel and Palestine cannot be explained by dynamics internal to just one side of the relation. Colonial, settler-colonial and postcolonial relations must be critiqued and transformed.

The debate over vaccines has inevitably fuelled legal questions. In the case of Palestine/Israel, legal and human rights experts have rightly pointed to Israel’s obligations under international law to facilitate the vaccination of Palestinians under occupation, regardless of what the Oslo Accords provide for.

In addition to these important legal arguments, we must also raise the question of justice - in Palestine and beyond - to challenge the unwritten laws of modern society, politics and economics.

These include ideas about the primacy of profit-making, the supposedly rational drive to accumulate power, the logic of “survival of the fittest”, the normalisation of massive inequality, and the acceptance of race as a valid hierarchical categorisation of human beings.

How did it come to be that millions of people are devalued as racially inferior, destined for poor health and living? How do relations of domination render the poor dependant and incompetent? To go back to Edelstein’s quote: Is it justice to throw the poor the leftovers of the rich, and only when that is in the self-interest of the powerful?

Are patent laws and exclusive licensing preventing faster production of the vaccine, potentially putting at risk millions of lives? Where is the justice in systems and structures that render the world’s majority of people disposable, at the mercy of a virus that can disable and kill them?

Spare me the dismissal of such questions as “fantasies of the bleeding hearts”. We have heard this type of drivel from British Prime Minister Boris Johnson, who recently hailed the “private sector” and “free enterprise” against state-funded programmes, noting: “I have a simple message for those on the left, who think everything can be funded by Uncle Sugar the taxpayer. It isn’t the state that produces the new drugs and therapies we are using. It isn’t the state that will hold the intellectual property of the vaccine … It was the private sector, with its rational interest in innovation and competition and market share and, yes, sales.” 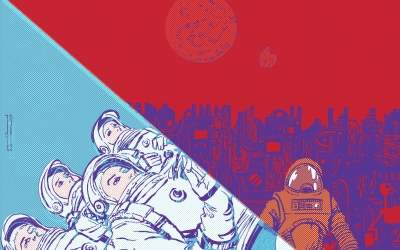 Coronavirus: The end of the world as we know it
Read More »

This is a push for the same neoliberal policies that have created vast economic inequalities. It is also false to claim that the state isn’t an integral part of producing and distributing medical equipment and services. UK state funding into the research and administration of the vaccine has reached nearly £12bn ($16bn) since the pandemic began.

Beyond defending the welfare state, we should be asking more serious questions about where “Uncle Sugar” comes from. As sociologist Gurminder K Bhambra recently put it: “The welfare state was not an historic achievement of the working class. It was an amelioration of national conditions of deprivation funded by the labour and resources of racialized others and colonial subjects.”

Bhambra’s astute analysis highlights how the demise of empire (but not imperialism) is the main reason behind the neoliberal attacks on the welfare state. “Uncle Sugar” never made “his” money by just hard work; this wealth is the outcome of the colonial and plantation economies of real sugar, among other resources. It is the outcome of empire.

What we need at this historical juncture is not a back-and-forth between liberal and conservative talking points on economic policies, which do not address the (neo)colonial dimension of wealth generation. What we need is a radical rethinking of the colonial global economy.

Rich states are not exploiting, enslaving, killing, colonising and hoarding because that is 'human nature'

If vaccine politics do not become about radical transformations, then we are bound to remain imprisoned within this colonial, gendered, racialised and unjust world order. And if societies, especially those in the rich states, do not make radical economic and political changes, then let us at least be clear on one point: rich states are not exploiting, enslaving, killing, colonising and hoarding because it is “human nature”.

No, rich colonial states, and the elite postcolonial authoritarian rulers who follow their lead, are choosing to naturalise the human condition as one of exploitation, enslavement, colonisation, debilitation and destruction.

Mark Muhannad Ayyash is the author of A Hermeneutics of Violence (UTP, 2019). He was born and raised in Silwan, Jerusalem, before emigrating to Canada, where he is now an associate professor of sociology at Mount Royal University. He is currently writing a book on settler-colonial sovereignty. 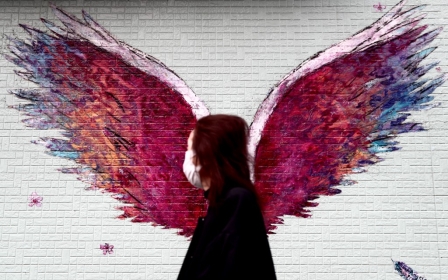 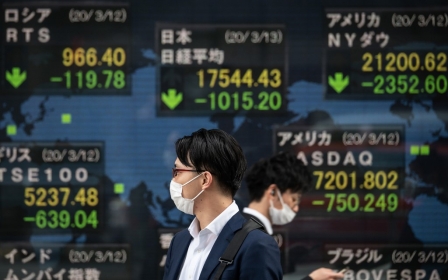 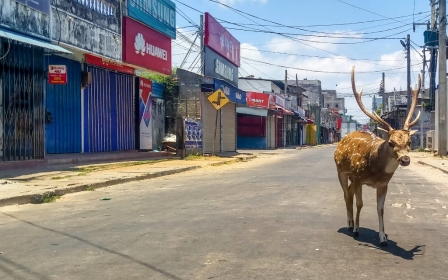