Chris Doyle
The resignation of Baroness Warsi has highlighted the failure of the British government to hold Israel to account as an occupying power, writes Chris Doyle 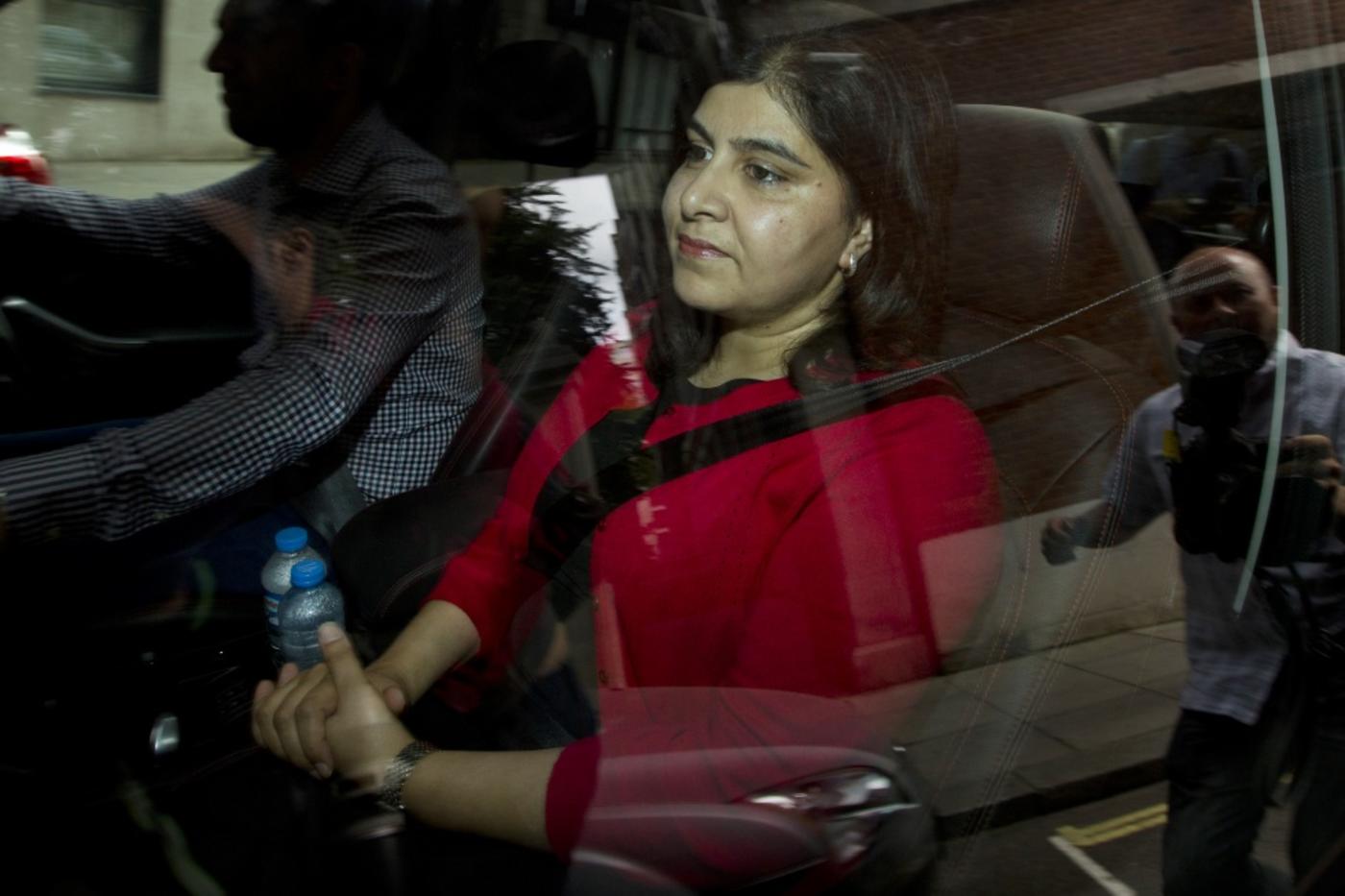 David Cameron has not faced many ministerial resignations, at least not ones based on an issue of principle. The decision of Britain’s first ever female Muslim cabinet minister, Baroness Sayeeda Warsi to quit as a foreign office minister over the government’s position on Gaza has rattled the Prime Minister and exposed tensions within the Conservative Party as well as the coalition.

Warsi was crystal clear about her reasoning. “Our approach and language during the current crisis in Gaza is morally indefensible, is not in Britain's national interest and will have a long term detrimental impact on our reputation internationally and domestically.” Warsi went further in a BBC interview on 9 August, pressing on two areas which government ministers rarely touch - occupation and accountability: “UK must push for international justice and accountability for alleged war crimes on both sides.” Warsi emphasised that "Israel as an occupying power has a responsibility not just to its own, but to those whose land it's occupying.”

It was David Cameron who Warsi was having a pop at. From the outset, Cameron placed sole blame on Hamas and refused to criticise Israel. The new foreign secretary, Philip Hammond, only went so far as to state that there was 'intolerable suffering' in Gaza.

The British government has been very selective about where it has cited Israel’s legal obligations. Whilst it has been strong on settlements and home demolitions, it has said little about collective punishment.

The prime minister may only see this as a minor headache. No other ministers have resigned. Electorally, Muslims now account for 4.8 percent of the population, but most of these, along with most ethnic minorities, were not voting conservative according to opinion polls. Contrary to the remarks attributed to Lynton Crosby, the Tory election campaign chief which he denies, Palestine is not just a Muslim issue. Many Tory MPs even are reporting large numbers of angry letters on Gaza from constituents.

Where it will also hurt is the damage it does to the image Cameron has tried to cultivate of a modern, open, inclusive party. He has battled against those who argue it is too male, too public school dominated, so to lose a female Muslim minister born of Pakistani immigrant parents from Yorkshire will not help.

At best, Warsi’s resignation might see a minor toughening of the language about Israeli actions but little change in substantive policy. It raises the question as to just where Cameron stands on the issue of Palestine.

Many were impressed with Cameron’s courage to speak out when in 2010 he described Gaza as an open-air prison. It was a rare moment of honesty. He never repeated the phrase not least during the latest crisis and visibly recoils every time he is reminded of it. As the situation in Gaza has if anything got worse, it is clearly Cameron’s views that have changed. If further proof is needed, watching his speech to the Knesset in March is hugely instructive. Cameron enthusiastically proclaimed that: “With me you have a British Prime Minister whose belief in Israel is unbreakable and whose commitment to Israel’s security will always be rock solid.” In other words, whatever Israel does, he will support, as he has just demonstrated over Gaza. He also claimed shockingly that Israel was “a country pledged to be fair and equal to all its citizens, whether Jewish, Muslim, Christian, Arab or Druze.” This contradicts countless reports by human rights groups and even on occasion the Foreign Office.

Cameron deliberately and openly refused to criticise any Israeli actions or violations of international law, a position, which at the time, was outflanking even the US president in its pro-Netanyahu position. Obama had, only days before, made clear that Israeli was risking isolation, a message the British ambassador in Tel Aviv had been repeating for months. Cameron did not even echo that. Elsewhere he criticised the settlement expansion, but he ducked this where it counted in the heart of the Israeli political system.

Has Cameron changed his views over the years? He was always a prominent member of the Conservative Friends of Israel, which he addresses on a frequent basis, but his language began to echo that of his predecessor and Quartet envoy to the Palestinians, Tony Blair. Both refuse to criticise Israel in public and increasingly both see the Muslim Brotherhood including Hamas as the main issue, hence Cameron’s decision to hold an inquiry into the movement. Cameron’s fall-out with certain ministers is reminiscent of Blair’s heated argument with his cabinet over his refusal to call for a ceasefire in Lebanon in 2006, a position that hastened his exit from No 10 Downing Street less than a year later.

Many may be concerned that David Cameron’s motivations could be funding. A Dispatches documentary in 2009 claimed that donations "from all CFI [Conservative Friends of Israel] members and their businesses add up to well over £10m over the last eight years." In 2006, both David Cameron as opposition leader and William Hague who was then shadow foreign secretary, were the recipient of a furious reaction after stating that ‘elements’ of Israel's response were "disproportionate." Lord Stanley Kalms, a major party donor joined the attack with a letter in The Spectator. Later, Cameron promised never to use such wording again.

The end result is that there is a rare fissure at the heart of the British political system on Israel-Palestine. Cameron heads a party deeply divided, whilst Labour leader Ed Miliband opposed the Israeli ground invasion. The Labour party has also criticised the slowness of the government’s review of arms licenses to Israel. The Liberal Democrat leader Nick Clegg has also been critical of Israeli actions and urged Israel to talk to Hamas. Electoral politics may have played a part in this, but the reality is that these divisions have existed for years. Both Miliband and Clegg supported the Palestinian application for non-member observer status at the UN, again something Cameron did not. The most recent war on Gaza has just put the spotlight on these rifts.

Divisions aside, what Warsi has highlighted is the failure of the British government to hold Israel to account as an occupying power. This has serious consequences, as Israeli leaders feel shielded from any sort of international action that might deter them from committing more crimes in the future.

- Chris Doyle is the director of CAABU (Council for Arab-British Understanding). As the lead spokesperson for CAABU and as an acknowledged expert on the region, Chris is a frequent commentator on TV and Radio and gives numerous talks around the country on issues such as the Arab Spring, Libya, Syria, Palestine, Iraq, Islamophobia and the Arabs in Britain. He has had numerous articles published in the British and international media. He has organized and accompanied numerous British Parliamentary delegations to Arab countries.

Photo credit: Britain's former senior minister of state at the Foreign and Commonwealth Office and minister for faith and communities, Baroness Warsi, is driven away from her home in central London last week, after she resigned over the government's position on the conflict in Gaza (AFP) 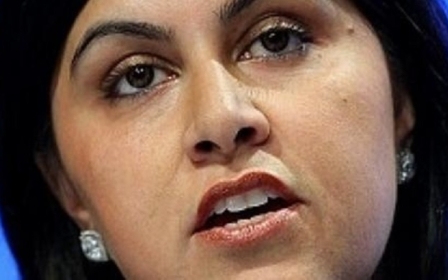 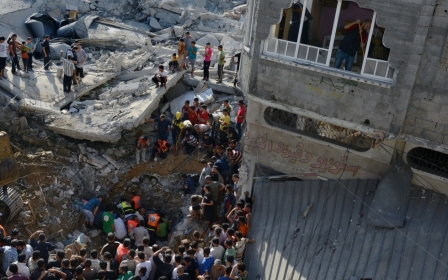