We don't know how many civilians have been killed by Turkish drones. That's a problem.

Emran Feroz
Like Israel and the US, the Turkish military pretends that drones are weapons that only kill 'terrorists'. Investigations might prove otherwise. 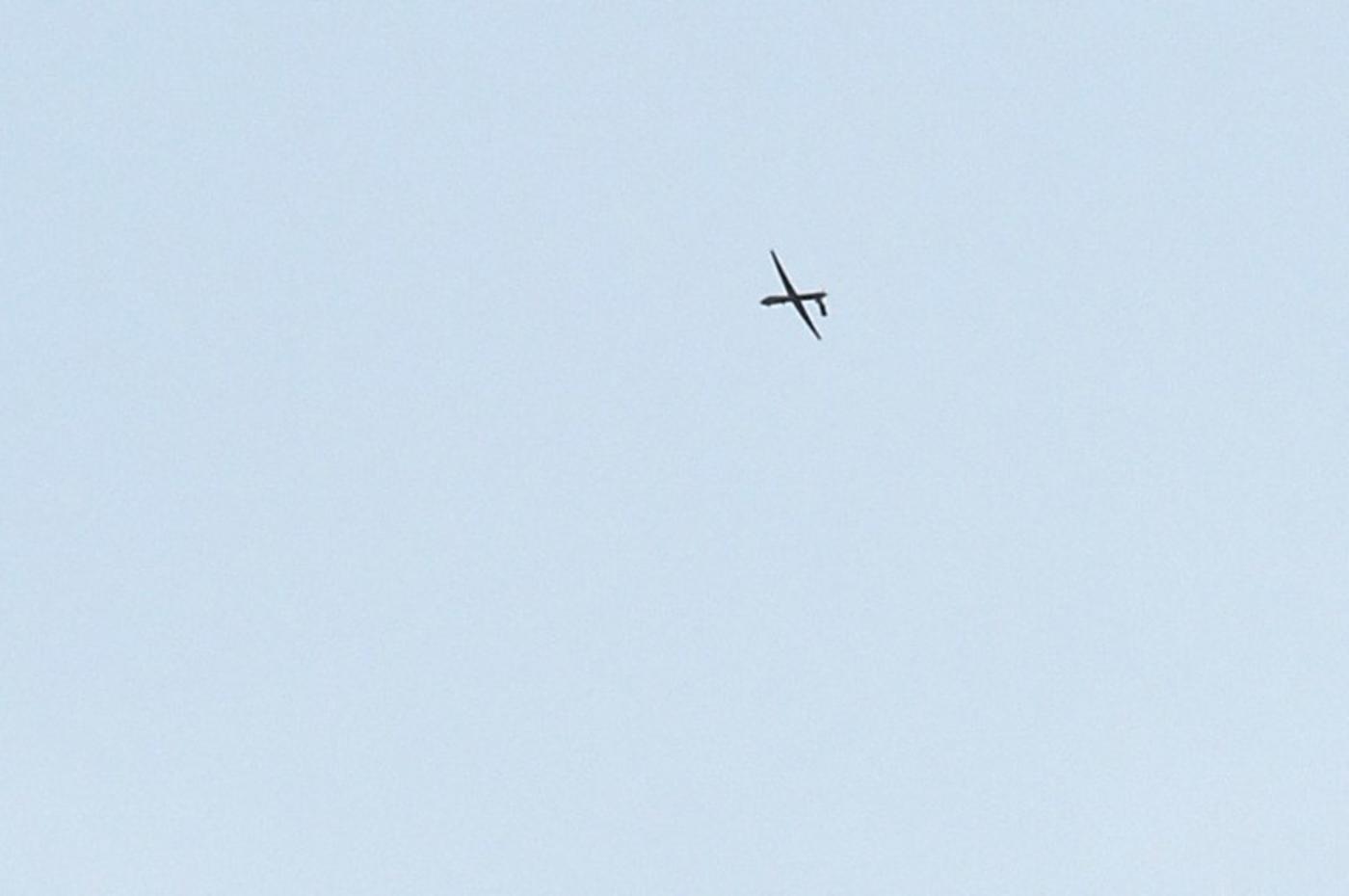 Since the end of October, Turkish drone strikes have killed nearly 100 people.

Invariably, both the Turkish government and leading state media such as Anadolu Agency described the drone victims as "terrorists".

In summer 2015, the conflict between the Turkish government and the militant Kurdistan Workers' Party (PKK) – which Turkey, the US and the EU list as a terrorist organisation - has enflamed again. Since then, Turkey's southeast has been facing war.

Huge parts of the region, which is mainly inhabited by Kurds, have been bombarded by the Turkish military. According to state media, 10,000 "terrorists" have already been killed or captured over the past few months.

Any civilian victims have not been mentioned. In the government's narrative, they simply do not exist. Meanwhile, human rights organisations such as Amnesty International have heavily criticised the Turkish military's actions, reporting about mass expulsion and describing the operations as "collective punishment".

The Turkish government's narrative of its war in the southeast is problematic for many reasons and the same goes for its use of weaponed drones which has become a crucial tactic.

Turkey now belongs to one of six states which use weaponed drones in the region. Besides, the US, the UK, Iran, Russia and Israel are using the killer machines for targeted manhunts.

The Turkish drone programme is relatively unknown. But only a few years ago, Turkey was buying drone technology from Israel until it started to produce its own.

Last September, Selcuk Bayraktar, chief technician of weapon manufacturer Baykar Technologies, announced on Twitter the very first deployment of the Bayraktar TB2, a drone which is "100 percent Turkish and original".

Since then, the government has announced one success after the other. It seems that the Bayraktar TB2 has become the military's new trump card in its fight against terrorists. The official line, as expected, is the drones only kill terrorists.

However, the truth is that, as with all other drone strikes, it is not really known who is being killed. And, also similar to other cases, there is good reason not to trust government sources and official statements.

Terrorism as a catch-all

It is not a secret any more that media coverage in Turkey is anything but free and that the country's Kurdish regions face a huge media blackout. The government wants to dominate the media narrative to create its own reality.

In rhetorical terms, Turkey's drone war is very similar to that of other states such as Israel or the US. The Turkish military pretends that drones are precise weapons that just kill "terrorists" and that's exactly where the problem starts: the term "terrorist" has not really been defined. It has just become a justification for every action of state-sponsored violence.

For that reason, it seems that, according to Ankara, all individuals who are somehow associated with the PKK inside the country or abroad can be described as "terrorists" in addition to civilians who live in the areas controlled by them.

Additionally, the military regularly claims that PKK fighters are using civilians as "human shields", a popular phrase which is also used by the US, Israel and others to abdicate responsibility when it comes to civilian casualties.

However, the reality is that in countries plagued by drone strikes civilians have often become targets.

Take Pakistan's tribal areas which border Afghanistan and have faced US drone strikes since 2004. According to the Bureau of Investigative Journalism, a London-based organisation which documents drone strikes, only 16 percent of Pakistan's identified drone victims were militants. Just 4 percent of them were named as members of al-Qaeda.

Similar incidents have occurred in Yemen, where weddings and other gatherings have been regularly bombed by drones.

Between 2014 and 2015, US drone strikes in Yemen killed more civilians than al-Qaeda did.

Meanwhile, militant groups in the region grow thanks to drone strikes which can turn average citizens into militant fighters who want to avenge their dead relatives.

“I spent three months trying to recruit and only got 10 to 15 people. One US attack and I got 150 volunteers,” Pakistani Taliban leader Baitullah Mehsud told the Lahore-based Daily Times.

In fact, the alleged precision of drones has often been scrutinised by different observers. Recently, Micah Zenko from the Council on Foreign Relations even pointed out that drone strikes are less precise than air strikes.

After comparing data of US drone strikes in Pakistan, Yemen and Somalia with those of US strikes in Iraq and Syria, Zenko concluded that weaponed drones are more than 20 times more likely to kill civilians than manned aircraft.

The only way to find this out and to identify civilian casualties is through independent observers. In times of so-called modern warfare, their work is more crucial than ever before.

Thanks to independent journalists, we know that US drones in Pakistan, Yemen and Somalia killed civilians.

Thanks to courageous journalists or programmes such as the United Nations Assistance Mission in Afghanistan (UNAMA), we also know about civilian casualties from NATO air strikes in Afghanistan.

Recently, those in charge showed once again that they are not interested in such transparency. After the UN confirmed the deaths of 15 civilians killed by a drone strike in late September in Afghanistan's Nangarhar province, US officials reportedly tried to ban or restrict the UN’s access to a US military base in Kabul.

It is very obvious that investigations and transparency in general are not a priority in Turkey, especially with its current government. However, this should not deter those investigating possible war crimes.

- Emran Feroz is a freelance journalist. He was born and raised in Austria by Afghan parents. He is currently living in Germany and writes for several German magazines and newspapers. He also writes in English for Al Jazeera English, The Atlantic, AlterNet and TeleSUR. He is also the founder of Drone Memorial, a virtual memorial for drone victims.

Photo: A drone flies above the Syrian town of Ain al-Arab, known as Kobane by the Kurds, during air strikes as seen from the Turkish-Syrian border, in the southeastern village of Mursitpinar, Sanliurfa province in October 2014 (AFP) Drone War
ANALYSIS: Just where are the US drone bases in North Africa?