The West punished Palestine when it voted freely, but endorses Israel's vote for occupation

Ghada Ageel
Unlike its treatment of the Palestinians following the election of 2006, the world did not threaten Israel with sanctions or cut off aid in 2015 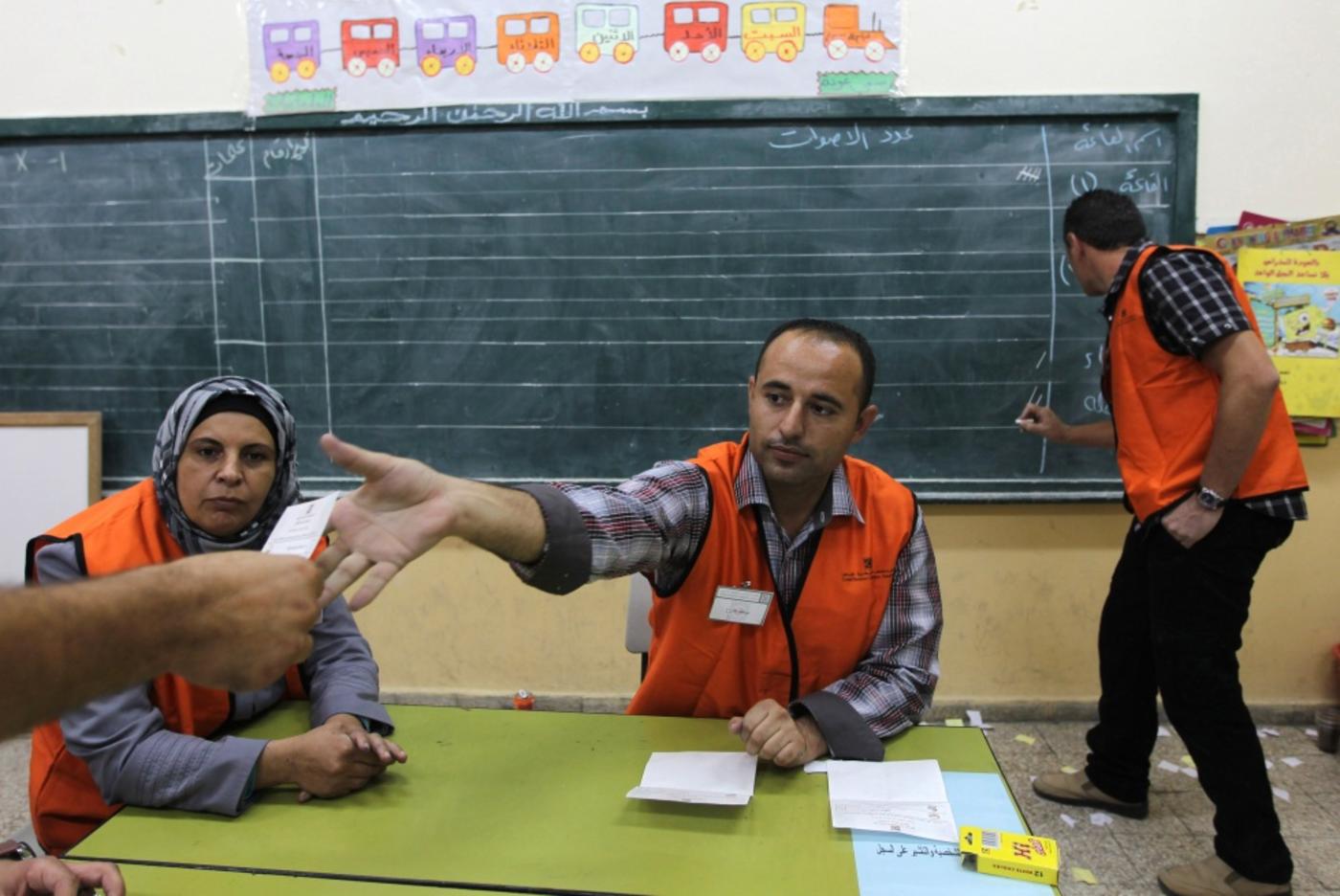 The 2006 elections were an amazing demonstration of Palestinian democracy in its multi-coloured beauty. The people under occupation expressed their determination to resist Israel's attempt to force them to surrender through its colonisation efforts, expansionist strategies and racism. And the people have kept their word. Even where there is occupation with its control over their lands, lives and destinies, there is still no surrender.

The elections were significant in that they owed nothing to American pressure and to the selective effort by the USA to promote only those democracies that fit its own agenda. Ironically, the elections were also a dramatic surprise for the EU. They had spent millions of dollars on the illusive peace project and had threatened to cut off the aid to Palestinians if the outcome was not in line with that project. Instead, the elections were a stunning testimony to the fact that Palestinian civil society is more vibrant than ever and can be mobilised into an organised political force. It also proved that Palestinian politics has its own effective dynamic that has little to do with pressure, bribery and blackmail from the outside but much to do with the political, social and economic demands of ordinary people in their atrocious situation.  Although Palestinians had become poorer, more vulnerable, less secure and more targeted through the "peace process," they rejected all pressure and reaffirmed their demand for freedom.

In response, they have been made to suffer the drastic consequences that followed.

The will of the Palestinians has been disregarded and their choice has not been respected. Their freedom was crushed by the same powers that initially called for a new election and for reform by the Palestinian Authority - the very same powers that call themselves beacons of democracy and human rights. The USA, the EU and Israel refused to accept the outcome of an election that they themselves affirmed to be free and fair. They all opted, however, to run over the Palestinian nascent democracy. They threatened and implanted their threat. They boycotted the Palestinian elected government, cut the aid and imposed sanctions in revenge for a people’s choice, setting a new definition for democracy. Instead of meaning the ability of government by the people to have a say in everything affecting people’s lives, in Palestine and according to the Western powers, democracy is only possible if it serves the interests of those masters who fund the government and the occupier who sucks that fund.

Democracy of the occupier

This new definition of democracy also required recognition of the supremacy of the occupying power - a precondition that has no precedent in modern history. It involved asking representatives of a people under occupation - representatives who had been elected to speak the will of their constituencies - to recognise the authority of the very occupying force that those constituencies had been asked to fight.

After the election, Israel arrested dozens of the Palestinian lawmakers, putting them under administrative detention and thus paralysing the power of the legislature. Finally, a black curtain of isolation was dropped around the new Palestinian government and an orchestrated chaos was supported, praised and funded by the same outside players - just to make sure that such a democracy would not have a chance to survive.

Last week, Israel had its general elections and re-elected a right-wing government that many in the world, including many Jews and Israelis, have called racist. Certainly, the crushing victory of Benjamin Netanyahu was made possible by his racist campaigning and by his promise of a permanent occupation of Palestinian land. He repeatedly declared his outright rejection of a Palestinian state, his denial of Palestinian rights, and his adherence to the colonial project of settlement.

In an extremely racist remark, Netanyahu stated publicly that Palestinian citizens of Israel - around 20 percent of population - were “moving in droves to the polling stations”. Foreign Minister Avigdor Lieberman, who previously declared his wish to behead “disloyal” Palestinian citizens of Israel, echoed Netanyahu. He declared that “if the Arabs are voting in droves, only a strong Lieberman can stop them”. Both received no rebuke from any of the main Israeli parties and little attention and condemnation from the world leaders.

Deaf to the message from Israel

Israel's right-wing campaign of incitement, fortified with actual policies on the ground, did nothing to open the eyes of Western governments to the reality of racism practised by Israel. The campaign also failed to weaken the impunity and exceptionalism Israel has enjoyed over decades despite its constant human-rights violations, theft of land, colonisation and apartheid. Responsibility for the Palestinian/Israeli impasse lies with Netanyahu, with a succession of rightist Israeli governments, and even with certain the so-called left-wing elements.  The problem also lies with an international community led by a United States that opts to listen only when its interests and those of its allies are at stake. When its interests are secured, it turns a deaf ear.

This do-nothing attitude not only harms a just cause that has now been evident for generations but also encourages a racist government to commit more crimes, engage in more wars, continue its mass imprisonment in Gaza and carry out more atrocities.

This year, Palestinians will commemorate the 67th anniversary of their dispossession. Despite the passage of time, the promises of peace process and the countless agreements signed thereafter, Palestinians’ rights are still denied. At the same time, Israel systematic racism and its settler colonial project are still marching steadily ahead unchallenged. These policies and actions prove that there is no moderate leadership in Israel. In the language of the peace process, there really is no "partner." And in ordinary language there never has been a partner. Yet, by its silence, the world still chooses to support both racism and the colonisation project in Palestine and to deny the rights of the native people.

As racism runs deep within Israeli society today, the need is greater than ever for a mobilisation of people to challenge this attitude. The need is also greater than ever to ring an alarm and to step outside the mute zone before such action is too late. And the need is still greater than ever to have one banner, one message, and one demand for remedial action. Boycott, Divestment and Sanctions (BDS) is the way to end racism and colonisation. This action should be the response to racism and the strategy for achieving justice and genuine, lasting peace.

Photo: Electoral employees count the votes in the West Bank village of Deir al-Hatab, on October 20, 2012, in the first Palestinian election since 2006, with voters casting their ballots in a municipal poll that was boycotted by Hamas. (AFP)