Tanya Goudsouzian
As the country recovers from the IS invasion and grapples with domestic unrest, another year of instability and uncertainty looms 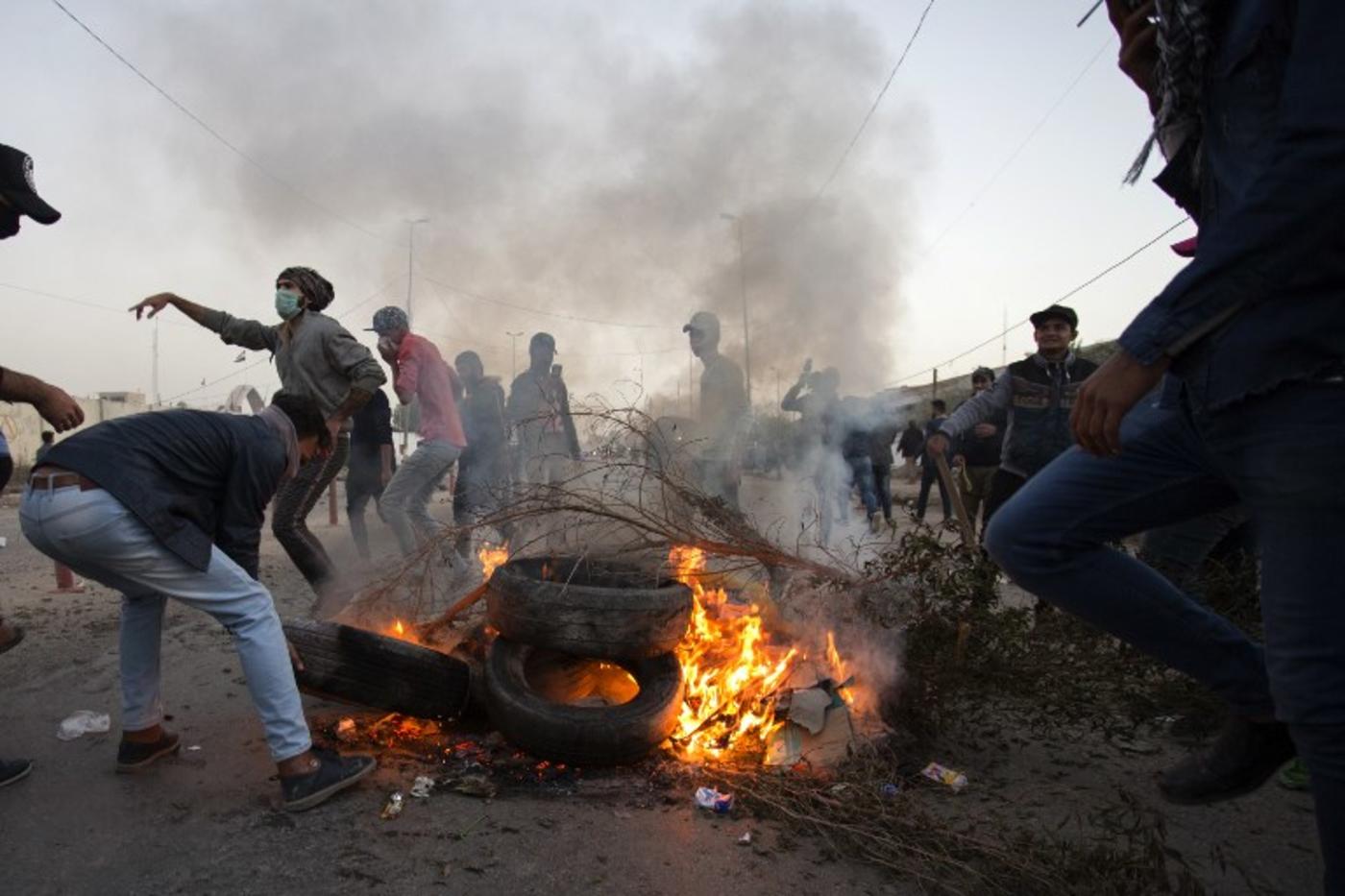 Looking ahead at what 2019 will bring in Iraq is like walking through a hall of mirrors. Reality is distorted, vision is blurred and walking down the wrong path could find one crashing into glass.

For all the beginning-of-year predictions since 2003, few have been accurate, and 2019 will most likely be the same. Too many variables, too many outside actors and bevvies of black swans await the foolhardy prognosticator. Even the US, usually the most predictable of actors, cannot be second-guessed.

President Donald Trump's clandestine night-time trip on 26 December marked his first-ever visit to US troops fighting “dumb wars in the Middle East” for a meeting that lasted three hours, focused on Syria, and did little to endear his country to the new Iraqi government.

For many observers in the region, if Trump’s attitude was indicative of anything, it was a definitive sense that in 2019, Iraq and its many concerns are up for grabs.

A year after the Islamic State (IS) was mostly vanquished in Iraq, the country continues to suffer sporadic flare-ups by residual fighters or sympathisers, whether near a restaurant in Tikrit or a marketplace in Tal Afar. In addition, exasperation across the country over enduring daily problems has resulted in violent riots in the south.

In effect, 16 years after a war “of liberation”, Iraqis might have gained a measure of democracy, but they continue to suffer from a lack of basic services, such as potable water, electricity, adequate healthcare and employment opportunities.

IS may be defeated, but that doesn’t put food on the table, clean water in the wells or a roof over one’s head

As British journalist Patrick Cockburn wrote last September, the defeat of IS only diverted the focus of Iraqis to “the ramshackle state of their country - the lack of roads, bridges, hospitals and schools, as well as the shortage of electricity and water, in a place where summer temperatures reach 50C”.

This may be true. Among the consequences of the anti-IS campaign, billions are required to rebuild infrastructure, resettle displaced people and heal victims, although neither Baghdad nor the international community has yet to address these fundamental challenges. IS may be defeated, but that doesn’t put food on the table, clean water in the wells or a roof over one’s head.

Indeed, the victory of the movement led by populist Shia cleric Muqtada al-Sadr in last May’s parliamentary elections underscored how average Iraqis - whatever their ethnicity or religious denomination - were less concerned with obscure threats, such as Iranian influence or the return of dictatorial rule, than with a life of dignity, health and opportunity.

The Sadrists’ base reportedly includes not only Iraqi Shias, but also Sunnis and Christians who are now disillusioned with the current state of affairs and who identify as Iraqis rather than as a sect. They want to see an improvement in living conditions and personal prospects.

Alongside the riots in the south, there have been growing calls for shifting Iraq’s government from a parliamentary system to a presidential one. Proponents of such a change believe that the current parliamentary system is marred by corruption and intramural squabbles over power, and that it allows external powers to interfere and exploit these divisions, further weakening governance.

A presidential system, proponents insist, would resolve these challenges; a wise and temperate “strongman” would solve the problems of corruption, bureaucratic stasis, basic services, insecurity and the “tyranny of the majority”.

As one source close to the government told MEE: “Everyone talks big: democracy, innovation, free press, etc … but no one even attempts to tackle the feudalism which is the underlying cause of why they are not living in a real civil society.”

As Iraq enters 2019, the government of Prime Minister Adil Abdul Mahdi will have to prioritise development, social services and a life of dignity if it is to avert another crisis.

But there remains plenty to be hopeful for. Some 16 years after the US-led invasion that ousted an unelected dictator, a new generation enters the voting booths - a generation that, for the most part, has seen nothing but war, insecurity and poverty, but is connected to the world via social media and is cognisant of their rights as citizens and how a functioning democracy ought to look. For this reason, the riots might be viewed as the birth pangs of a civil society, which could keep checks on the government.

Among the defining moments of last year was the emergence of new players taking the reins from the old-guard septuagenarians who have dominated the scene in Iraq and from afar for decades. Sadr is just 44 years old.

In scoping the challenges that lay ahead for Iraq in 2019, it would be inaccurate to belittle the enduring spectre of Iranian influence over the country, especially in view of the apparent US retreat from the scene

In the north, Kurdish voters saw less of the old faces and more of their sons and nephews, including Qubad Talabani, 41; Masrour Barzani, 49; and Nechirvan Barzani, 52. There was also a newcomer party aptly called the New Generation, headed by businessman-turned-politician Shaswar Abdulwahid Qadir.

Of course, in scoping the challenges that lie ahead for Iraq in 2019, it would be inaccurate to belittle the enduring spectre of Iranian influence over the country, especially in view of the apparent US retreat from the scene. Iraq’s Sunnis are especially vocal about this concern.

But events in Syria suggest that rather than abandon this project, the US is entrusting its concerns over Iran’s expansionism to Turkey - a far more amenable option for Iraq’s Sunnis, who have longstanding cultural and religious ties with Turkey dating back to the Ottoman era. Turkey, it is believed, would be a force more capable of mitigating Iran’s agenda than an abrasive US.

In 2003, shortly before the US invasion of Iraq, I was in the northern city of Erbil, where the mood was thick with excitement and anticipation. In a busy marketplace, I spoke to a vegetable vendor who said: “We hope Saddam will be removed. Maybe then, the local government can focus a little bit more on our plight.”

Why we must stand with Iraq's protesters
Matthew Ayton
Read More »

It has been an epochal change within Iraq in every sense of the word. Whether it is in living standards, economic opportunity, governance, external influences or even a sense of what it means to “be Iraqi”, Iraq has been turned upside down, multiple times, in the past 16 years.

This will be another one of those years of instability and uncertainty, and trying to predict with clarity what Iraq will look like in 2019 is a fool’s errand.

Sixteen years on, I wonder what the vegetable vendor would say.

Photo: Iraqis set tires aflame and block a road as they protest against corruption and unemployment in the southern city of Basra on 21 December (AFP) 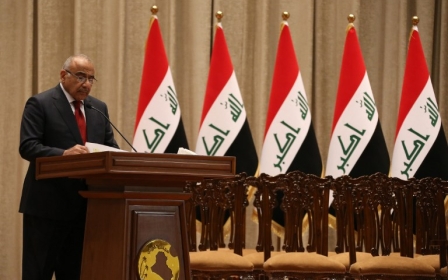 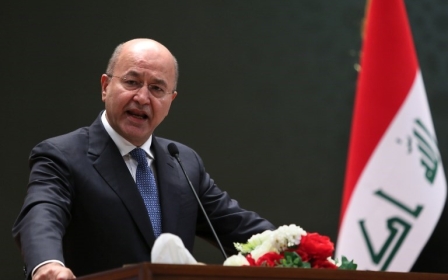 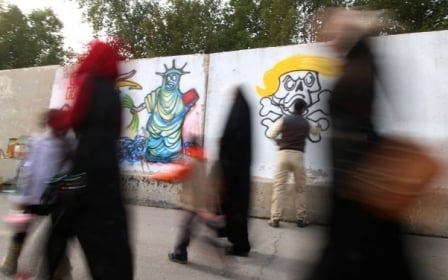