What happens when you wash Israel's dirty linen in public

Meron Rapoport
After B'tselem's call at the UN and Joint List's decision to boycott Peres' funeral, Israelis are forced to support or oppose occupation 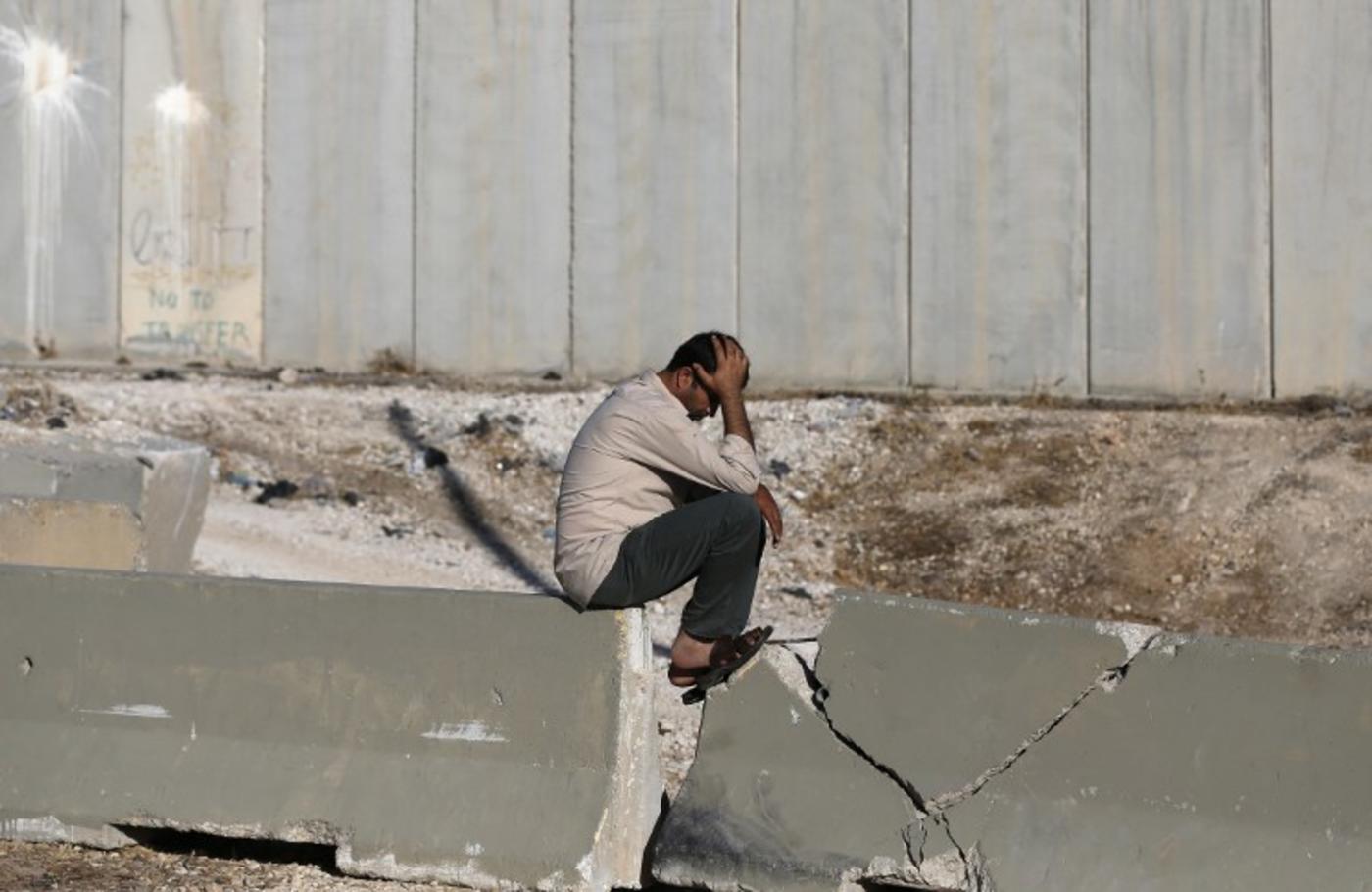 Knesset member David Bitan is relatively new in Israeli national politics. After a far from brilliant career in local politics, he was elected to parliament for the first time only 18 months ago within the ranks of the Likud party.

Despite being more isolated and small, the internal opposition in Israel – both Jewish and Palestinian – is becoming more cohesive, combative and determined

Yet now Bitan holds an influential role: chairman of the ruling right-wing coalition in the Israeli parliament, which is supporting Prime Minister Benjamin Netanyahu.

So when Bitan told Israeli television on Friday that he is looking for ways to deprive Hagai El-Ad, executive director of B’Tselem human rights organisation, of his Israeli citizenship, his words carry meaning.

This unprecedented call to deprive an Israeli Jew of his citizenship came a week after El-Ad appeared before a special session of the UN Security Council dedicated to the Israeli settlements in the West Bank.

It was not his descriptions of the constant and extensive violations of human rights of the Palestinians living under Israeli occupation for almost 50 years which caused an uproar among Israelis. B’Tselem has issued detailed reports describing these violations for the past 27 years.

What angered many Israelis was the fact that El-Ad listed these violations before the highest international body, that he "washed the dirty laundry" in front of the outside world. And above all, the fact that he openly called upon the international community to intervene in order to put an end to the occupation.

"Israel will not cease being an oppressor simply by waking up one day and realising the brutality of its policies," El-Ad told the Security Council.

The international community cannot satisfy itself with repeated condemnations and "empty words,” said El-Ad. "The rights of Palestinians must be realised; the occupation must end; the UN Security Council must act; and the time is now."

True, El-Ad did not specify how exactly this international "action" should look. He was probably referring to sanctions. But he certainly and knowingly broke a taboo within the Israeli public by inviting the Security Council to use its power against the Israeli government.

No wonder that the title given by the popular and mainstream Yediot Ahronot newspaper to El-Ad's speech was "B’Tselem against Israel".

Bitan's recommendation to deprive El-Ad of his citizenship – an impossible move according to existing Israeli law - was just the culmination of a barrage of attacks against him - from ministers and members of parliament labelling him a "traitor", to thousands of social media users calling for his execution.

Yet although El-Ad put himself to considerable risk, this is not just a personal story. In his article in Haaretz, El-Ad explained that he and his colleagues in B’Tselem have reached a conclusion that "there is no chance Israeli society, of its own volition and without any help, will end the nightmare”.

El-Ad sums up what many in the Israeli radical left feel: change will not come from within the Israeli society, so it is almost useless to try and convince it to end the occupation. Only when the Israeli government and public have to pay a price for the continuation of settlements and the deprivation of Palestinians' rights, goes this line of thinking, will Israel be ready to concede.

In such a situation, the role of Israeli human rights organisations such as B’Tselem, Breaking the Silence and others is to stop looking for nice words while describing the situation in the West Bank and Gaza in order to appease the Israeli public.

On the contrary, they must step up their criticism and show the occupation with all its crudeness and cruelty. The question of whether they will be liked by the mainstream Israeli public is much less important, even irrelevant.

This is a break with the long-time tradition of the Jewish Israeli left. For many years, its leaders have tried to portray themselves as loyal Zionists who were pushing for a peace deal only because it would benefit Israel and its Zionist project, and protect its security.

The founders and leaders of Peace Now, for example, were always proud of their military service. The fact that Shimon Peres was the architect of Israel's nuclear capability was one of the main sources of his political legitimisation.

Now come El-Ad and his allies claiming that the occupation of the Palestinian territories is no longer an internal Israeli problem, it is illegal and, therefore, must end. It’s a conscious renunciation of the attempt to convince the mainstream Jewish Israeli public. The reaction to El-Ad's speech was certainly violent, but it hardly came as a surprise.

Interestingly enough, this change of heart among the Jewish Israeli radical left corresponds to a similar process among the Palestinian minority in Israel. The decision by the Joint List, which largely represents this minority, to boycott Peres' funeral a few weeks ago was in clear defiance of the mainstream Jewish Israeli public.

This decision implicitly told this Jewish public that the same man whom they revere as a symbol of peace is a man of war in the eyes of the Palestinian minority. Even if it was not intended as such, it was perceived as an act of divorce from the dialogue with the Israeli Jewish majority, including the so-called Israeli left.

In the short term, as Ghanem admitted in his piece, this decision is widening the gap between the Palestinian minority and the Jewish majority in Israel. The same goes for B’Tselem’s decision to testify before the UN Security Council.

Both decisions contribute to the polarisation of political discourse in Israel and to the practical disappearance of a common middle ground. Either you support the Israeli occupation or you are against it.

The political battle inside Israel is not between equal camps. The radical left, represented by B’Tselem, Breaking the Silence and their likes is very small. The Palestinian minority is not small, but is cut off from political influence.

Both are subject to vicious attacks which will not make their lives any easier. The fear of further, undemocratic acts against them is certainly present, with Bitan's initiative serving as an example. Yet instead of wiping out any political discussion about the fate of Israeli occupation, these moves only encourage it.

Private donations for B’Tselem have grown five-fold since the UN speech; thousands of Israelis went to hear Tamer Nafar, an Israeli-Palestinian rap singer, despite an effort by Israeli Culture Minister Miri Regev to cancel his show in Haifa; more than 10,000 Israelis, mostly women, participated in a rally in Jerusalem in favour of a peace agreement. And this is only during the past week.

Despite being more isolated and small, it seems that the internal opposition in Israel – both Jewish and Palestinian – is becoming more cohesive, combative and determined.

For years, at least since the beginning of the Second Intifada in 2000, the Israeli centre-left has come to accept the reality of occupation and settlements as a kind of force majeure imposed upon it. Now B’Tselem, on the one hand, and the Joint list, on the other, are shaking off this tradition.

It is a dangerous moment but maybe also one of hope.

Photo: Palestinians wait to cross the Israeli Qalandia checkpoint as they make their way to attend the second Friday prayer of the holy fasting month of Ramadan in Jerusalem's al-Aqsa mosque compound, on 17 June 2016 near the West Bank city of Ramallah (AFP) 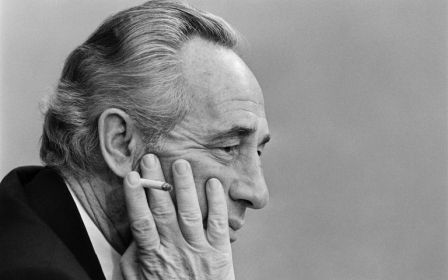 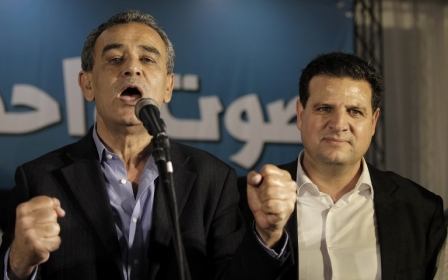 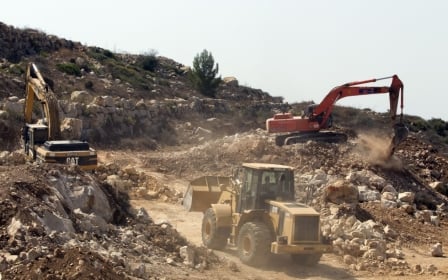