What Palestinians experience goes beyond the PTSD label

Samah Jabr
In Palestine, traumatic threats are ongoing and enduring, with no ‘post-traumatic’ safety 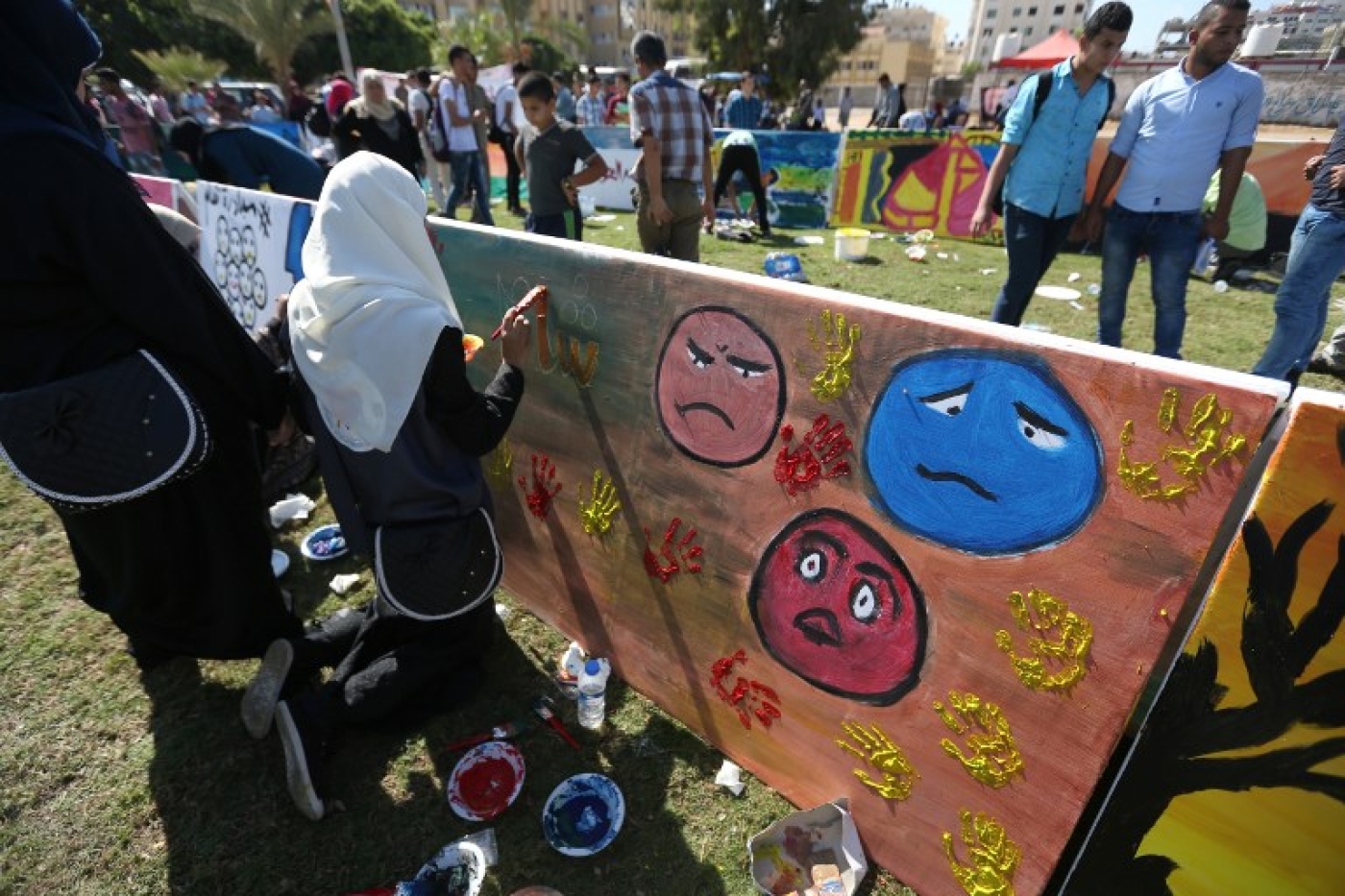 Elderly people in Palestine remember, with a sense of irony, the charitable parcels of clothing they received when they became refugees in 1948, as well-intentioned Westerners sent neckties, short trousers and berets to dress a population that had previously worn traditional Palestinian outfits. The new Western garments suddenly appeared on the backs of the local populace, with distinctly amusing results.

This is how the Palestinian experience of psychological morbidity looks when it is forced into ready-to-wear Western categories, such as post-traumatic stress disorder (PTSD) - the most commonly reported psychiatric disorder among Palestinians.

Journalists are fond of reporting on a high prevalence of mental health problems in Palestine to dramatise the impacts of our political reality, sometimes over-generalising a study with limited scope so that it appears to apply to the entire population. Other times, they misinterpret epidemiological data or fail to differentiate between a symptom and a full diagnosis.

Non-governmental organisations also like the term PTSD, as it seems to help generate funds. Watching these NGOs pass out inventories of post-traumatic stress symptoms with one hand and offer food with the other, some may be tempted to express their hunger, misery and poverty by checking boxes on the survey.

PTSD is a concept developed in the context of warfare to describe the soldier’s experience; it has evolved through terms such as “combat neurosis”, “shell shock” and “battle fatigue”, having been initially defined to account for the responses of veterans returning from Vietnam. The concept has since been broadened to include a wider range of traumatic events, including sexual violence, but it still fails to capture the experiences of communities living with collective historical trauma.

The psychiatric definition of trauma does not accommodate the most commonplace experience for Palestinians: humiliation, objectification, forced helplessness, and daily exposure to toxic stress

The psychiatric definition of trauma does not accommodate the most commonplace experience for Palestinians: humiliation, objectification, forced helplessness, and daily exposure to toxic stress. A child who came out of an Israeli prison claiming that the soldier who gave him a cigarette to smoke is better than his father, who denied him cigarettes, might not register PTSD symptoms on a trauma checklist, but one can suspect serious damage nonetheless.

A man who was slapped on the face, laughed at and spat upon might not have experienced “trauma” in psychiatric terms; worse still, his injury might be labelled an “adjustment disorder”.

In Palestine, traumatic threats are ongoing and enduring. There is no “post-traumatic” safety. The phenomena of avoidance and hyper-vigilance are considered to be dysfunctional psychological reactions in a soldier who has returned to the safety of his hometown. But for tortured Palestinian prisoners, such symptoms are reasonable reactions, insofar as the threat lives on; they may be re-arrested and tortured again at any time.

‘My body is intoxicated’

Western tools and instruments used in PTSD research in Palestine are not clinically or culturally validated. They do not take into consideration common Palestinian expressions of suffering. “Badany Masmoum, Maqhour, Mazloum, Maksour Khatry” - such are the expressions I hear most often from my patients when I ask about their feelings. These words are best translated as: “I feel that my body is intoxicated, oppressed, exposed to injustice; my desire is broken.”

The well-known psychometric instruments, however, do not account for such feelings. Especially lacking is the understanding that the multiple traumas inflicted upon Palestinians due to political violence also represent a collective trauma experienced by society as a whole. As an individual trauma harms the brain tissue of a person, a collective trauma harms the integrity of the social fabric - its capacity to provide collective connections, trust, norms, world views and moral conventions.

We understand to a degree the feelings of mistrust and alienation felt by oppressed societies, but the individualised model of PTSD ignores the collective aspects of the psychological experience of Palestinians. How can we measure the psychological impact of events not aimed at individuals, such as Israel’s new nation-state law, the Judaisation of Jerusalem or the siege of Gaza?

Why is this distinction important? At the level of clinical work with individual patients in Palestine, we know what to do with our few professionals and tiny resources. We adopt and adapt to Palestinian culture, and train less-specialised people to provide low-intensity interventions in primary healthcare and school settings. Just as we build capacity for good therapists who can help traumatised individuals make sense of their experiences, we need community leaders to help the Palestinian narrative emerge in a meaningful way - to heal the collective injury.

Collective trauma can be alleviated by promoting cohesive and collective efforts, such as recognition, remembrance, reconciliation, respect for minorities, supporting the afflicted, and mass cooperative action. The “We Are All Mary” solidarity campaign with Jerusalemite women, and reconciliation between aggrieved Gaza families whose children fought during the 2007 internal conflict, are examples of efforts to heal injuries to Palestine’s social fabric. 'Maybe the devil got into my mind': Tackling depression in Palestine
Read More »

A dimensional approach to community mental health is more appropriate than researching the individual psychopathology of people living in a pathogenic context. As author Stefan Collini noted last year: “There are things that can be measured. There are things that are worth measuring. But what can be measured is not always what is worth measuring; what gets measured may have no relationship to what we really want to know.”

Palestinians need to generate knowledge from their own experience of trauma. Qualitative research can provide important insights to help refine our conceptual definitions of trauma and delineate relevant psychometric properties. We are open to equal partnerships with international researchers who want to help us share understanding from our unique experiences. There is so much to learn about in Palestine.

Samah Jabr
Samah Jabr is a Jerusalemite psychiatrist and psychotherapist who cares about the wellbeing of her community – beyond issues of mental illness.