What will Trump do about Jamal Khashoggi's disappearance? 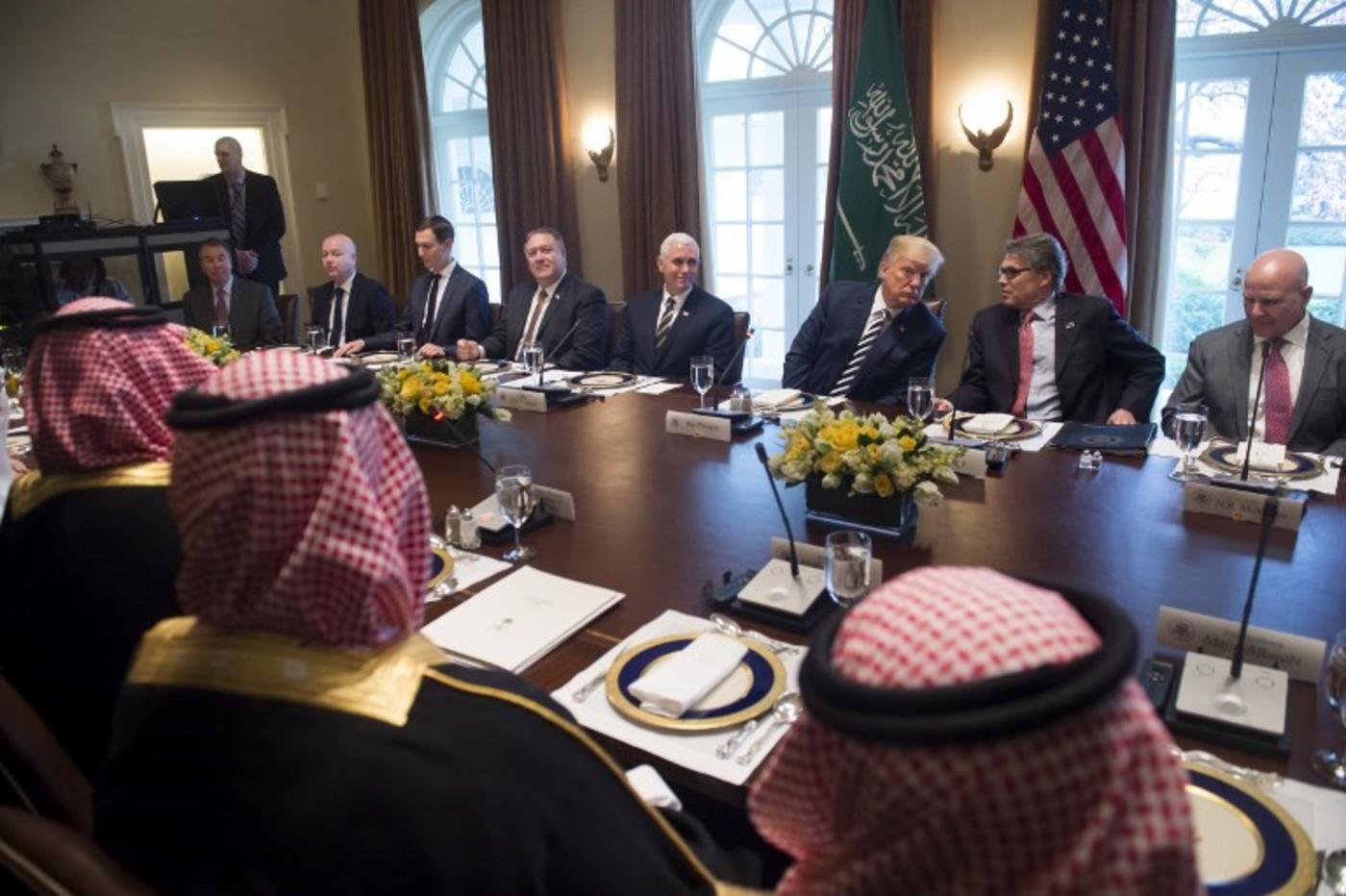 One week after the disappearance and alleged assassination of Saudi journalist Jamal Khashoggi in Istanbul, US President Donald Trump, known for his avid bromance with Saudi Crown Prince Mohammed Bin Salman, could only express "concern" about the incident.

"I am concerned about that," Trump said. "I don't like hearing about it and hopefully that will sort itself out. Right now, nobody knows anything about it."

"There's some pretty bad stories about it. I do not like it," he added.

When a prominent US resident is murdered on foreign soil, US presidents don’t express "concern".  They express barely concealed anger and frustration. They demand accountability. They warn of repercussions. Trump did none of that. His wish that “things will sort themselves out” is yet another underwhelming expression which says to the Saudis, you have nothing to fear from us. We will stand well out of your way.

This incident bears the hallmark of a reckless Saudi leadership. The crown prince has jailed hundreds of wealthy members of the royal family as well as businessmen until they agreed to give up tens of billions of dollars in assets

Under the crown prince's watch, Lebanon's Prime Minister Saad Hariri was kidnapped and forced to deliver a televised speech in which he both resigned and attacked Iran. Hariri was eventually freed after intervention from France’s President Emmanuel Macron, who invited him to visit France.

When a prominent US resident is murdered on foreign soil, US presidents don’t express "concern". They express barely concealed anger and frustration. They demand accountability

And yet, Trump's first foreign trip took him to Saudi Arabia, where he laid hands on a glowing orb together with Egypt's President Abdel Fattah el-Sisi and King Salman. As he left the country, he announced a $110bn arms deal that would be a boon to the US defence industry.

Trump, who is always eager to show his distance from any Obama-era policy, pledged to the Saudis that he would no longer leave them out in the cold as the previous president had done. As part of that approach, he also ratcheted up the anti-Iran rhetoric and withdrew from the P5+1 nuclear deal, which had been a crowning achievement of the Obama administration.

In November 2016, Khashoggi gave a speech to an American think-tank shortly after Donald Trump's presidential victory. He argued that Saudi Arabia should be "rightfully nervous about a Trump presidency" at a time when the kingdom was cosying up to the president-elect.

It would, therefore, seem highly unlikely the US under Trump would exert any pressure on the Saudis to come clean about what happened to Khashoggi. And Trump's statement, such as it is, matches that expectation.

But if news about Khashoggi's murder at the hands of the Saudi regime turned out to be true, it also introduces a dangerous wild card among the major powers of the region. These include Saudi Arabia, Turkey and Iran.

Saudi officials have strongly denied any involvement in his disappearance and say that he left the consulate soon after arriving. However they have not presented any evidence to corroborate their claim and say that video cameras at the consolate were not recording at the time.

It's unclear - until now - how grave an insult this is to the national pride of Turkey's President Recep Tayyip Erdogan. He has shown himself in the past to be a shrewd and pragmatic figure when it comes to Turkey's relations with other states in the region. Of course, Turkish government - under his watch - has taken a far more brutal approach to dissent - including journalists.

For example, despite the murder of 10 Turkish citizens by Israeli army commandos on the Mavi Marmara in 2009, followed by the severing of relations with Israel, Erdogan agreed to a reconciliation in return for an Israeli apology, a $20m payment to survivors, and a vague Israeli promise to ease the Gaza siege (which never materialised).

Turkey has attempted to broker agreements between Iran and the West regarding its nuclear programme, and it has negotiated with Iran and Russia to mitigate conflict in Syria, where each of the parties have strong interests.

But despite its war against the Houthis in Yemen, which has cost thousands of lives, and its support for IS attacks inside Iran, Saudi Arabia has never made such a brazen assault on the sovereignty of Turkey. The alleged assassination, which Turkish authorities avow to have documented with surveillance and other direct evidence, was an egregious breach of diplomatic protocol.

Erdogan has several options he might pursue: provoking a confrontation with the Saudis and joining Iran in a full-fledged alliance against them; intervening even more overtly in favour of Qatar in its conflict with the Saudis, including sending troops to defend it should the Saudi crown prince once again threaten an armed conflict; and possibly joining Iran in supporting the Houthis in Yemen.

The other alternative is that Erdogan may use this opportunity to secure major concessions from the Saudis. As David Hearst noted in his own appraisal of the Khashoggi killing here, Turkey is struggling under a $700bn debt burden caused by massive borrowing to finance public sector infrastructure projects and fuel an economic boom.

It has now passed into a recession. The prospect of Saudi and United Arab Emirates sovereign wealth funds bailing out a significant portion of that debt might be quite attractive to Erdogan.

But the US has also been a significant wild card in this crisis and the notion that “nobody knows anything about it” is yet another Trump fiction.

Of course, the world knows a great deal about it:

Turkey’s Anadolu news agency reported that 15 Saudi citizens, including some diplomats, arrived in Istanbul on two separate planes on Tuesday, and were at the consulate around the same time as Khashoggi, and then later left the country. The Saudis were not identified. Turkish officials told one of their US counterparts that the pieces of Khashoggi had been carried out of the compound in boxes, then flown back to Saudi Arabia.

However, none of this matters to Trump. He cares about one thing: selling what he’s called "beautiful American military equipment" and the jobs they will create. Trump is all about deal-making and that is the bottom line. That does not include human rights or even that sacred American principle: democracy.

The US president has no genuine interest in any state in the Middle East, except for what they can offer his country. Past US presidents have always managed to sound as if they supported reform and democracy in the region. Trump is the first - in many decades and perhaps ever - who makes no pretence of giving a fig for any of that.

Photo: President Donald Trump olds a lunch meeting with Saudi Arabia's Crown Prince Mohammed bin Salman, and members of his delegation, in the Cabinet Room of the White House in Washington, DC, on 20 March, 2018 (AFP)