David Hearst
The journalist thought that, wherever he was, it was his duty to speak out and call for reform in Saudi Arabia. He paid with his life 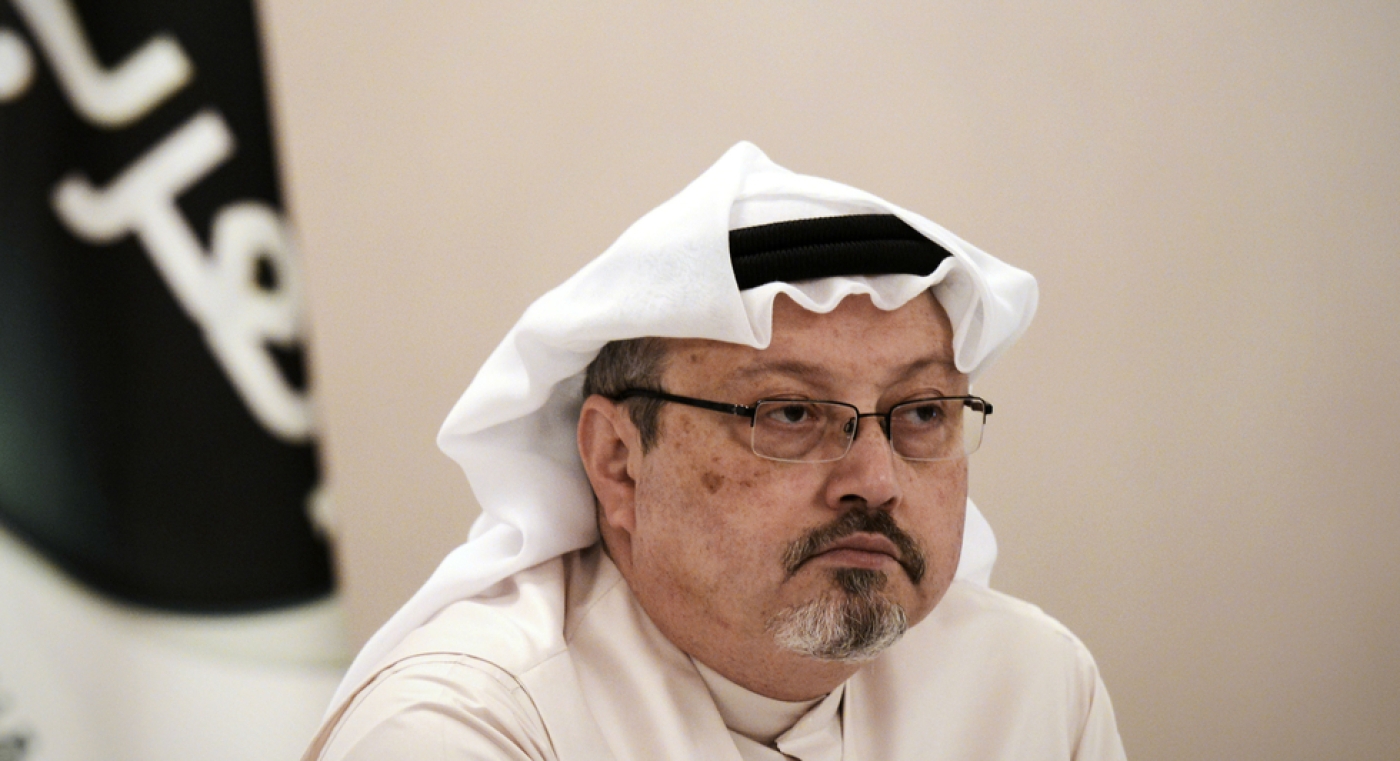 This is the darkest day of my time as editor of Middle East Eye. It should not be. Jamal Khashoggi is not the first Saudi exile to be killed. No one today remembers Nassir al-Sa'id, who disappeared from Beirut in 1979 and has never been seen since.

Prince Sultan bin Turki was kidnapped from Geneva in 2003. Prince Turki bin Bandar Al Saud, who applied for asylum in France, disappeared in 2015. Maj Gen Ali al-Qahtani, an officer in the Saudi National Guard, who died while still in custody, showed signs of abuse including a neck that appeared twisted and a badly swollen body. And there are many, many others.

Thousands languish in jail. Human rights activists branded as terrorists are on death row on charges that Human Rights Watch says "do not resemble recognised crimes". I know of one business leader who was strung upside down, naked and tortured. Nothing has been heard of him since. In Saudi, you are one social media post away from death.

A Saudi plane dropped a US-made bomb on a school bus in Yemen killing 40 boys and 11 adults on a school trip. Death is delivered by remote control, but no Western ally or arms supplier of Saudi demands an explanation. No contracts are lost. No stock market will decline the mouth-watering prospect of the largest initial public offering in history. What difference does one more dead Saudi make?

As a journalist he hated humbug. The motto in Arabic on his Twitter page roughly translates as: "Say what you have to say and walk away."

And yet Khashoggi's death is different. It's right up close. One minute he is sitting across the table at breakfast, in a creased shirt, apologising in his mumbled, staccato English for giving you his cold. The next minute, a Turkish government contact tells you what they did to his body inside the consulate in Istanbul.

Saudi officials have strongly denied any involvement in his disappearance and say that he left the consulate soon after arriving. However they have not presented any evidence to corroborate their claim and say that video cameras at the consolate were not recording at the time.

Last Saturday, Khashoggi told a Memo (Middle East Monitor) conference in London's Euston Road that the kingdom realised it had gone too far in promoting President Donald Trump's "Deal of the Century" by promoting Abu Dis as the future capital of a Palestinian state, and backed away from what is proving to be a burning issue in Saudi.

"This proves a very important point. It is only the Palestinians who will decide, not the Saudis, not the Egyptians. No matter how much they control the payroll of the Palestinian government, no-one can decide for them," he said. A week later, his voice is no more.

The Arab world calls them "electronic insects," the trolls the Saudis deploy to create a blizzard of false news around any one of the regime's routine crimes. Even before news of Khashoggi's presumed murder, they were gloating about the fate of a man they considered a traitor.

"You leave your country arrogantly ... we return you humiliated," Faisal al-Shahrani tweeted. One pro-regime troll did not even bother to disguise what had happened at the consulate. Prince Khalid Bin Abdullah Al Saud sent a message to another Saudi dissident: "Don't you want to pass by the Saudi Embassy? They want to talk to you face to face."

But Khashoggi's tweets and articles went completely over their grubby heads. He was concerned about absolutes like truth, democracy, freedom. Khashoggi always considered himself a journalist, never an advocate nor an activist. "I am Saudi, but a different one," he wrote.

As a journalist he hated humbug. The motto in Arabic on his Twitter page roughly translates as: "Say what you have to say and walk away."

He did just that to the fury of those who wanted to shut him up. And it's clear from his tweets why they went to such desperate lengths to do so.

He laughed at the idea that Saudi Arabia under Mohammed bin Salman was fighting for "moderate Islam".

Khashoggi never really talked to me about the danger he was in. As an analyst he hated hypotheticals.

Khashoggi was an unreconstructed democrat: "Only with freedom of choice can religiosity reach the soul and lift the observant high up."

He was unsparing on the issue that caused his final rift with Riyadh: Trump. "From time to time, Trump tweets that he is protecting us and that we must pay for such protection to continue. He protects us from what? Or he is protecting who? I believe that the greatest threat facing the Gulf countries and their oil is a president such as Trump who sees nothing in us apart from the oil wells," Khashoggi wrote.

Khashoggi was right. None of what was about to happen to him could have happened without Trump.

On three separate occasions recently, Trump has gone out of his way to humiliate the kingdom, simply because he believes he can. No forum is too public. Trump told a campaign rally in Southaven, Mississippi last Tuesday: "We protect Saudi Arabia. Would you say they're rich? And I love the king ... King Salman, but I said 'King, we're protecting you. You might not be there for two weeks without us. You have to pay for your military'."

In return, bin Salman said: "I love working with him." But it is all too clear why. He would not have been crown prince and one step away from the throne were it not for Trump. Trump knows this and therefore thinks he can say anything he likes. Trump is the bully, the master. And his slave can do whatever he likes, to whomever he likes, even to a journalist embedded in Washington, because ultimately bin Salman knows that Trump has his back.

Khashoggi never really talked to me about the danger he was in. As an analyst he hated hypotheticals. He knew he had passed the point of no return with this regime and that he could never go back, and he set about creating a new life, a new job as a Washington Post columnist in DC.

But he thought too that, wherever he was, it was his duty to continue to speak out.

"The Arab Spring did not destroy ... those who fought it and conspire against it are the destroyers, otherwise you, young man, would be by now enjoying its breeze, freedom, tolerance, jobs and welfare," he wrote.

My bet is that nothing will happen as a result of Khashoggi's murder. Bin Salman has calculated that Turkey is too weak to reply, with something of the order of $700bn in public and private debts which have to be repaid by a falling lira.

The millions of pounds the Saudi prince has just paid to PR companies to burnish his image in the West as "a reformer in a hurry" have just been trashed by a murder that comes straight out of a scene of Pulp Fiction. Maybe he too will pay a price, when he absorbs the reaction of the media in Washington. Americans who cared nothing for Saudi Arabia now know who Jamal Khashoggi is.

"If a prince can pay $1 billion in return for his freedom, how much will a prisoner of conscience have to pay? How much will we all pay to get our freedom?" Khashoggi tweeted.

We now know the price one humble journalist had to pay so that Saudis can one day get their basic human rights. He paid with his life. May he rest in peace.

Photo: Khashoggi had set about creating a new life, with a new job as a Washington Post columnist in DC (AFP) 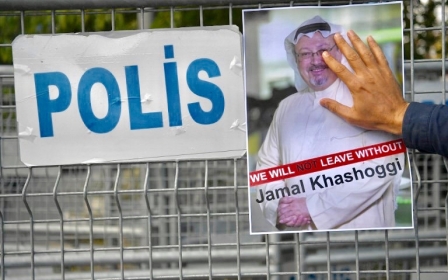