Who's shaming who? Her Majesty’s government has done far worse than Gulf monarchs

Hafsa Kara-Mustapha
Why would any Arab leader wish to be sat next to the head of state of such a human rights violator as Britain? 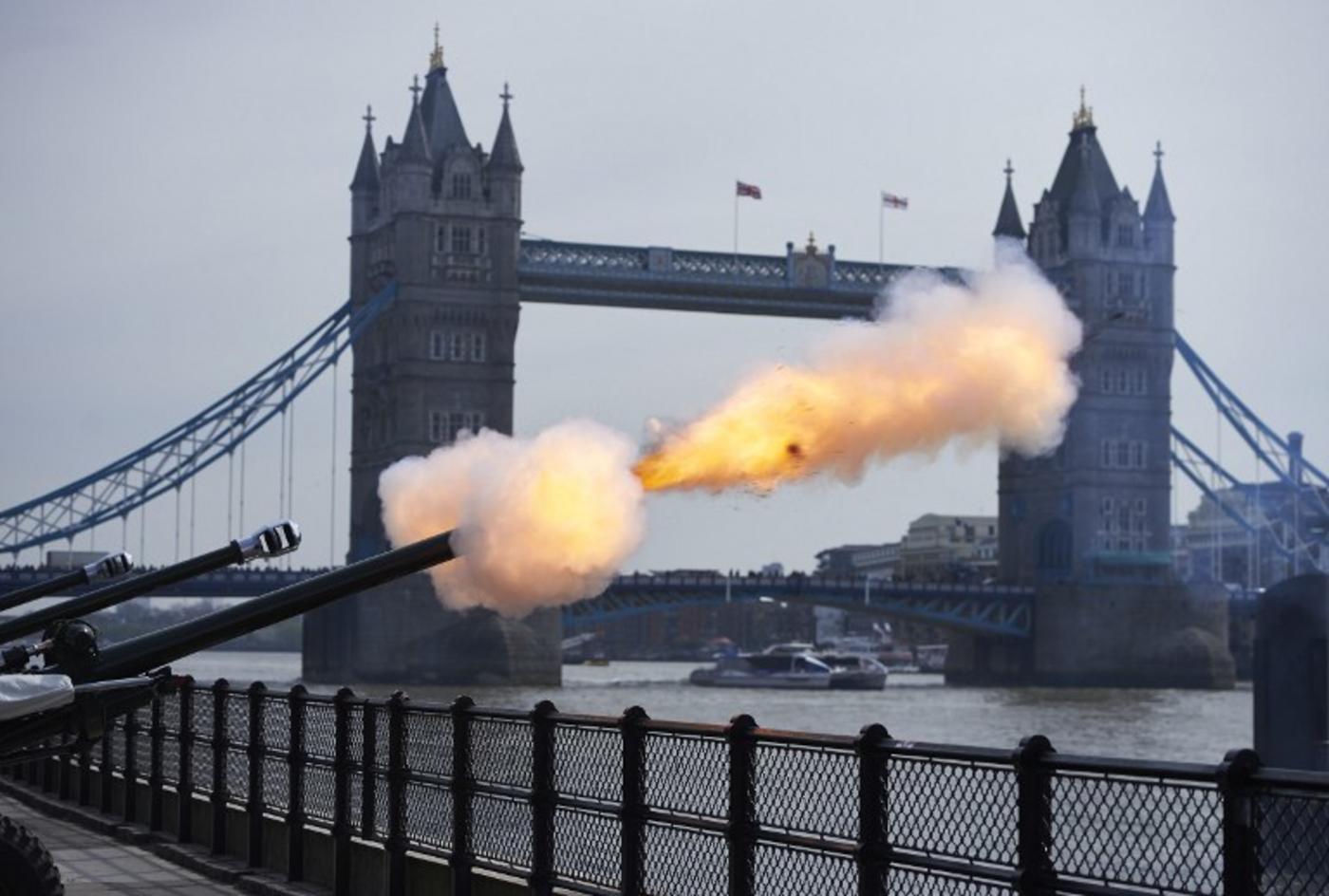 There are two ways Britons view the pomp and pageantry surrounding the monarchy.

For some, it is the epitome of backward, almost comical customs that make the once formidable world power look like a pastiche of its former self.

For others, it is that discipline and grandeur that marks it out from the rest of the world. While other European kingdoms have stripped their royal traditions to a bare minimum, “the Queen” continues to parade in bejewelled gowns to the sound of bugles and subjects' cheers as if she had just stepped out from 1887.

This year, like other notable vintages (jubilees, royal weddings etc...), her majesty celebrates her 90th birthday. Subjects from the G7 nation have been invited to chip in and clean the streets for the occasion, and guests from around the world have been invited to honour her reign and her kingdom's great contributions to world history.

The palace chose to showcase both the queen's exceptionally long reign and Britain's role in these years by organising a “royal spectacular”.

Entertainers from around the world came to display their traditions, artistic skills and entertain viewers from Britain and across the world.

Such a grand spectacle, however, requires equally grand sums and the Queen, worth an estimated $44bn according to Forbes, had to enlist the help of some, many would argue, unsavoury partners.

According to reports published by human rights organisation, the birthday festivities were sponsored by arms dealers.

Worse still for some critics, the Queen was present next to Gulf monarchs who were afforded the privilege of front row seats for their contribution to the extraordinary bash.

American NGO Human Rights Watch, whose CEO is looking to match the queen in longevity as head of the organisation, denounced the “error of judgment” displayed by the British sovereign in sitting next to such human rights offenders.

That Bahrain has meted out exceptionally harsh sentences to local activists is an undeniable reality, but looking at Britain's very recent history does beg the question: why any Arab leader would wish to be sat next to the head of state of such a human rights violator in the first place?

Iraq - the great British lie off

In 2003, Britain, along with the US, embarked on a wholly unnecessary war against Iraq that left well over one million Iraqis dead. The war and subsequent occupation - with occupying governor to boot! – resulted in chaos that continues to this day and means that a fractured Iraq is now host to a plethora of militias and death squads that have not only destroyed what was left of the once-proud nation, but are threatening to bring down the remainder of the Middle East.

The architect of this criminal enterprise, Tony Blair, recently recognised the role the war he launched played in creating the terror network ISIS.

In its bid to “civilise” the Afghans formerly under Taliban rule, British armed forces engaged in a ferocious battle to pacify the region. The army's favoured method? Indiscriminate drone attacks on anything that more or less resembles a Taliban. In Afghanistan, where the Taliban dress and behave like their fellow nationals, that equates to blowing up random villagers at any given time providing there is suspicion some are indeed related, associated or resemble a Taliban member.

Investigative journalist Jeremy Scahill reported in 2015 that over 90 percent of drone victims were in fact civilians.

To each prime minister his 'Iraq'

In 2011, protests erupted in the Libyan city of Benghazi. What was at the time feted as the “Arab uprisings”, where local populations took to the streets to force local governments to implement much-needed change, was brought to an end by external meddling. Initially an internal movement, the protests turned within 36 days into a straightforward “regime change” operation which, like Iraq before it, transformed the once stable Libyan nation into the fractured failed state we now see.

Who spearheaded the criminal campaign that made the former bulwark against terrorist fighters into a safe haven for human traffickers and terrorist murderers? Why her majesty's prime minister the right honourable David Cameron.

The catastrophe that befell Libya is clearly linked to Operation Unified Protector, launched under the guise of NATO, following pressure from the British prime minister and French president Nicolas Sarkozy. However Cameron refused to acknowledge his role, preferring instead to criticise his former opposite number in the House of Commons Ed Miliband, when the then Labour leader dared suggest the turmoil in Libya was the Tory leader's responsibility.

Perhaps, 12 years from now, hoping to increase his speaking engagement fees, Cameron will finally make a “heartfelt” televised apology as he contemplates the rubbles of Libya and the ongoing human tragedy that is slowly but surely affecting the entire African continent.

Can we still even mention the P word?

In May many column inches were dedicated to the infamous Sykes-Picot agreements that carved up the Middle East between the imperialist nations of Britain and France. Turning to an obscure pact signed a century ago might not seem worthwhile, yet in light of the ongoing wars that continue to ravage the region as a direct consequence of the artificial nations that were created then, it's fair to note how Britain's role in wars in the Levant cannot be downplayed.

But forget Messieurs Sykes and Picot. Next year it will be 100 years since Lord Balfour declared that Palestine would be offered to European Jews so they could establish a “Jewish homeland”. The land was never his to give, yet 100 years on and the Palestine-Israel conflict in which Britain was directly involved continues to rip the region apart.

Today, as Westminster claims it upholds the values of free speech and debate, opposing Zionism, an ideology that was once condemned by UN Resolution 3379 as racist, is no longer possible. The main opposition party is still reeling from a scandal that erupted last month when one of its MPs was accused of making anti-Semitic remarks for her outspoken criticism of Israel at the height of the onslaught on Gaza in 2014.

Since then, that belief - that anti-Zionism is anti-Semitic - has almost become entrenched in public discourse and, in the past month alone, notable critics of Israel have been slowly but surely shut down for formulating very legitimate criticism of Tel Aviv's occupation and settler policies.

Would criticism of Saudi Arabia's human rights record be dismissed as Islamophobic simply because the kingdom houses the two holiest sites of Islam?

Surely not, yet once again blatant double standards are applied to Israel that are never applied to Arab human rights violators.

More troubling still is the self-censorship displayed by supposedly well-meaning observers who casually dismiss Arab "tyrants" at any given opportunity yet require rock-solid legal backing when pointing to Israeli war crimes.

So back to the queen's seating arrangements. Should she be criticised for her association with Gulf rulers or should they feel shame at brazenly funding the excesses of their former colonial rulers?

A great royal "NO" to the war on Iraq would have gone a long way in avoiding the unimaginable and unending suffering that continues to blight that great Arab nation.

In that respect, should Arab pundits not turn to their rulers and denounce the “grave error in judgement” they displayed when they agreed to sit alongside Britain's head of state? 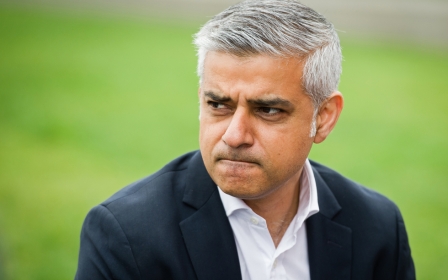 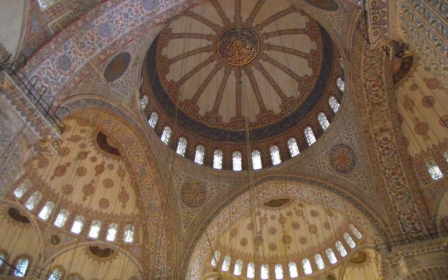 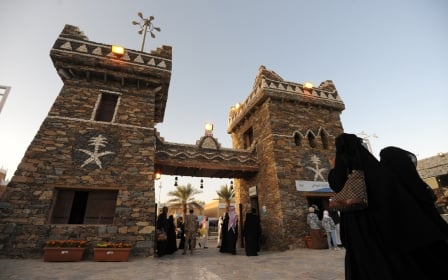