Marco Carnelos
American thinking bends toward an attempt to remake the world in its own image. This fatal exceptionalism leads writers like David Ignatius into misreading events in the Arab world 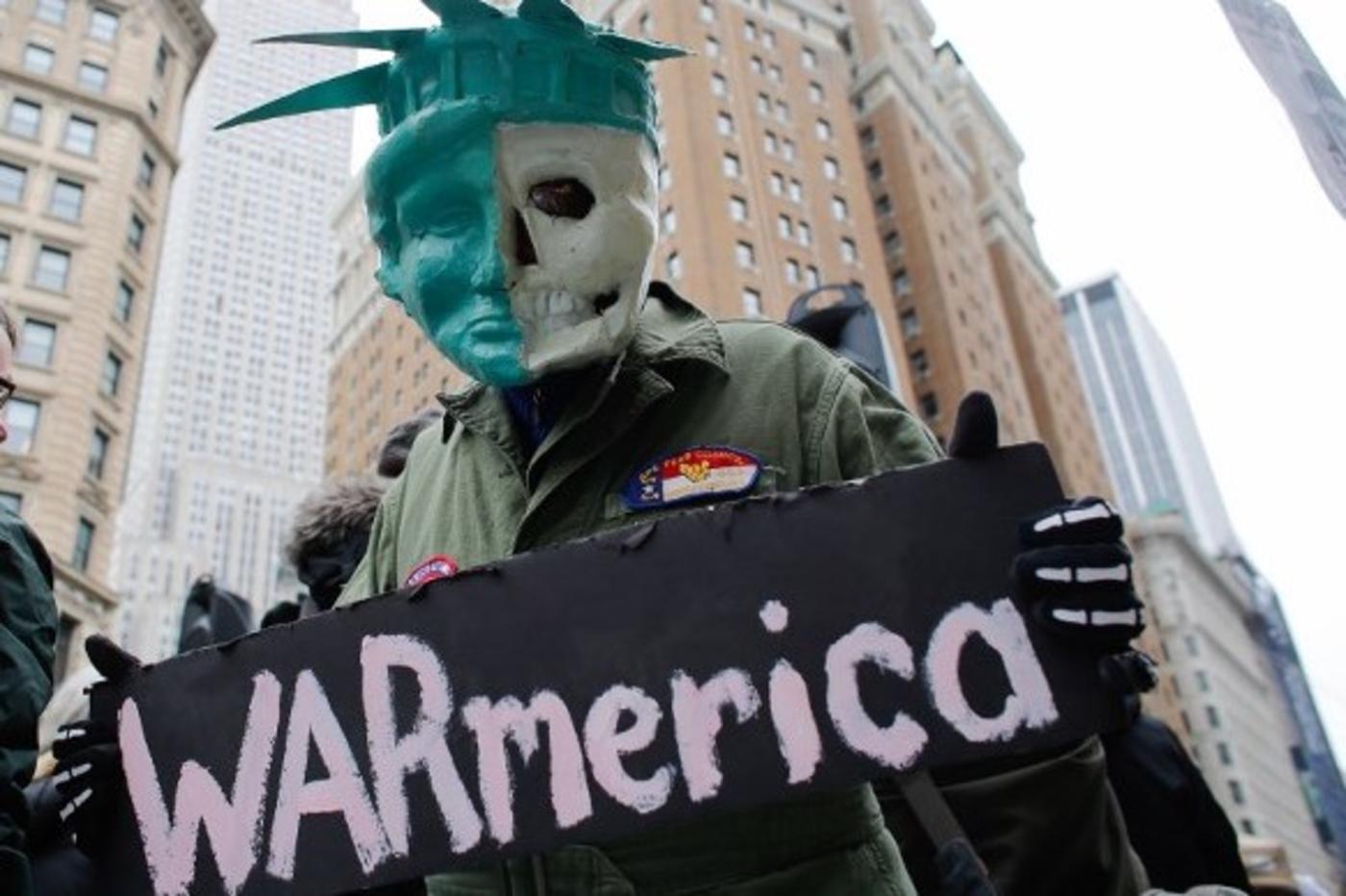 A recent editorial in the Washington Post, written by columnist David Ignatius, offers a shining example of the United States' difficulty in understanding today's world and, most of all, the Arab world.

Ignatius conveys a genuine concern for "The Unintended Consequences of US Disengagement in the Middle East", quoting worried comments made by a member of the Arab elite allied with the US.

The journalist expresses uneasiness about the fact that "American power and values won’t matter the way they once did". His position is steeped in the typical intellectual milieu of American exceptionalism, a position based on the hardwired assumption that the condition for an ideal existence and a stable world order are ensured only when American power and values are strong and shared.

The article emphasises that, at the moment, there would be "…no constituency in the US for…doing more in the Middle East". This alleged disengagement apparently began with the Obama administration, but now is strongly attributed, and blamed on, Trump.

Leaving aside the fact that, based on recent history, a significant part of Middle Eastern population would object to the "United States doing more in the Middle East", it is what follows that is really astonishing.

Quoting the same Arab source, Ignatius affirms that US disengagement could imply that Arab nations will need to do things on their own. So far nothing wrong, except that, for Ignatius and his source, Arab nations going it alone has only one meaning: "closer relations with Russia and China". Another depressing and frustrating example of Western binary thinking.

What's wrong in Ignatius' and, more worringly, in Washington's approach, is that it is precisely this unacceptable 'imperial' feature that is pushing some nations to search for an alternative to the US-led order

It could be argued that the columnist's conclusion is neo-colonial, orientalist, or too patronising; but what appears incontrovertible is that it does not put an inch of trust in Arab will and capabilities to find their own way in managing their own foreign policy in their own region and in the rest of the world. Its inescapable geopolitical corollary seems to be that distancing yourself from the United States has only one possible implication, getting closer to Russia and/or China. There is no alternative, no middle way.

Hold fast, the beauty has yet to come.

The American columnist adds: "Maybe I’m a foreign policy dinosaur. But I still want a modernizing Middle East that shares America’s value, and I regret our loss of influence – and even more, the way that decent people and ideas suffer when the umbrella of US hegemony is withdrawn and discarded…. I’ve seen new examples of bad decisions when leaders decide that Uncle Sam doesn’t matter."

This set of statements is so absurd that it deserves to be analysed, sentence by sentence: "Maybe I’m a foreign policy dinosaur.” At least, Ignatius seems assaulted by some doubt. This is probably the most truthful sentence in his whole article.

"I still want a modernizing Middle East that shares America’s value...". Again, in accordance with the principle of US exceptionalism, the author conveys the impression that only if it will embrace American values will the Middle East be able to modernise itself.

"…I regret our loss of influence – and even more, the way that decent people and ideas suffer when the umbrella of U.S. hegemony is withdrawn and discarded…" . Losing influence is part of an historical cycle that has occurred to every great nation. This process could be accelerated when this influence is badly and unwisely used, as appear to be have been the case for the United States in the last 25 years.

The concept that decent people and ideas suffer when there is no American umbrella is affirmed as a scientific principle, a dogma; it is, again, a manifestation of US exceptionalism that deserves no further comment. Nonetheless, Ignatius' candour must be recognised. He uses the concept of US hegemony; he does not even try to deploy the over-abused term, "US leadership", that in such cases provides the much-needed politically correct cover for US imperial policymaking around the world.

"I've seen new examples of bad decisions when leaders decide that Uncle Sam doesn’t matter." This is extraordinary. Its corollary seems to be that when Uncle Sam is not around only bad decisions are taken. But what is even more extraordinary is one of the examples Ignatius uses to justify his preposterous statement: the sequence of mistakes made ultimately by Saudi Crown Prince Mohammed bin Salman (MbS).

He mentions specifically the crisis MbS has triggered with Canada, following the crackdown on female activists after having formally allowed women to drive in the kingdom. The bloody misadventure in Yemen or the detention last year of many Saudi businessmen who were released only after their payment of a billionaire's ransom, could be added to the list.

The inconvenient truth is that these bad decisions by MbS were not taken because Uncle Sam does not matter, but precisely for the opposite reason. It was the unconditional support that the Saudi crown prince has felt coming from Washington that has been pushing him to act so recklessly.

US administrations, under Obama and now Trump, have been, and still are, providing logistical and intelligence support for the Saudi Air Force in Yemen, ignoring the devastating effects of its bombing campaign; Riyadh was the first foreign capital visited by Donald Trump whose administration has maintained a deafening silence during the jailing of Saudi businessmen and the crackdown on women activists.

The evidence points to such bad decisions being taken not because the Russian or Chinese presidents are being emulated as behaviour models, as Ignatius' article seems to imply, but simply because Uncle Sam appears to matter, or matters too much.

If a sober, experienced, widely read and moderate mainstream American columnist like David Ignatius is able to misread and misinterpret in such a fundamental way events in the Middle East, what hope is left for a different US attitude in the region and in the rest of the world?

However, it is the arrogant conclusion to which Ignatius arrives that best mirrors the increasing American problem in understanding and dealing with almost anybody beyond its own border: "But guess what? Even in a world where the United States' military and diplomatic power seems to be in retreat, there is an element of the US-led order that's as strong as ever - our dominance of the global economy…In the still-global economy, going it alone really isn’t an option, folks."

In other words, if you don't agree with us, we will simply impose draconian sanctions to bring down your economy.

What's wrong in Ignatius' and, more worringly, in Washington's approach to the world, is that it is precisely this more and more unacceptable "imperial" feature of bullying dominance that is pushing some nations to search for an alternative to the US-led order.

The problem is not just joining Russia or China in an unlikely alliance, but that any attempt to go it alone appears to be intolerable. This mistaken view is not just held by Trump and some of his supporters, but shared widely among the mainstream US establishment.

It is the American propensity to apply sanctions to anybody disagreeing with its view of the world, and the willingness to use its financial leverage based on the dollar as reserve currency, which is stimulating others (including some Europeans) to reflect seriously on the cost of maintaining - on current terms - their relationship with the United States of America.

It is, ultimately, America's stubborn refusal to accept that not all the inhabitants of this planet love to shape their life to the American model that is triggering these increasing misunderstandings and widening the current divide.

Although US and Western values are probably the best available to mankind, maybe the time has arrived for a halt in US manifest destiny aimed at transforming all the people inhabiting planet Earth into Americans. It could be discovered, for example, that if America pauses for a while in trying to impose its own way of life to the whole planet, nothing catastrophic will occur.

On the contrary, nations that are challenging or abandoning the US-led order are too quickly labelled a threat, too dismissively portrayed as a national security problem; any event is too easily framed as a conspiracy against the West and its liberal order by the usual suspects: Russia, China and Iran.

Sober discussion and objective analysis of any fact has become almost impossible. There is a clear risk if such a negative spiral is not stopped soon, a fatal miscalculation and a subsequent conflict with unpredictable consequences could follow.

The sooner the US turns away from this neo-McCarthyite mind-frame, and tempers its own sense of exceptionalism, the better, for the sake of the American people, and for the rest of humankind. Culture
Why do they hate us? How the West creates its own enemies
Marco Carnelos