Why I love Yasser Arafat: An Egyptian's love letter on the anniversary of his death

Azza Mostafa
Despite his controversial legacy, Palestinian politics, with all its current divisions and disunity, has never been the same since his passing 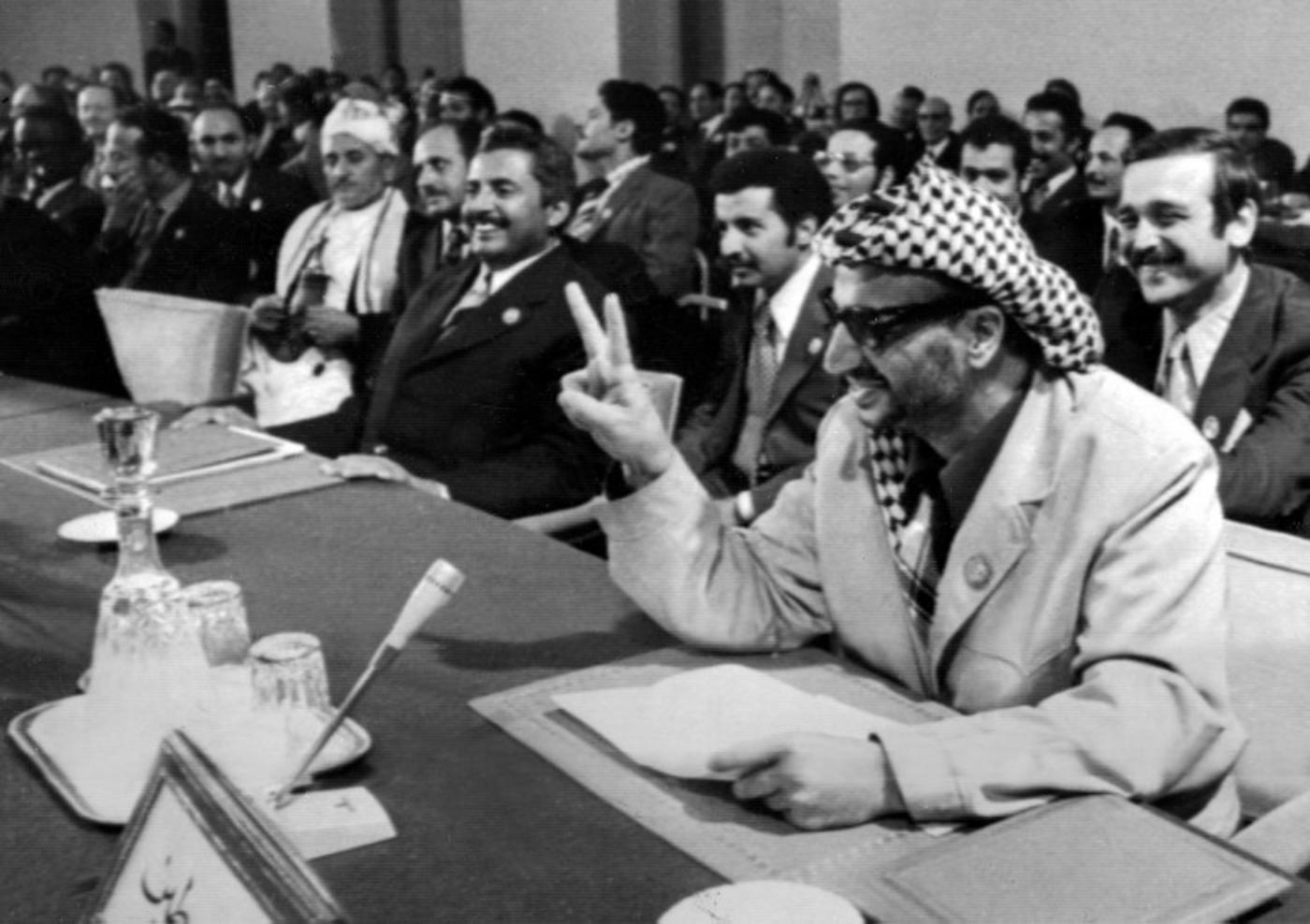 Twelve years ago on this day, I cried. I cried over a man, over his infamous military uniform, and over the Palestinian keffiyeh.

And 12 years ago today, I asked myself, as Arafat dies, will the Palestinian cause die too?

"I come bearing an olive branch in one hand, and the freedom fighter’s gun in the other. Do not let the olive branch fall from my hand": He spoke these words on the platform of the UN General Assembly council in 1974.

These words still echo in my ear - words of resistance and clarity, spoken on an international platform without hesitance.

With his speech, Arafat became the first leader of a non-governmental organisation to address a plenary session at the UN, as well as the first to do so while wearing a holster (which was empty).

Often, when the chapters of history come into being, their pages are filled with many events and individuals whose names are read but do not resound within you. Yet, sometimes, history produces individuals whose presence and weight within their time continue to shine beyond the past and come to shape the future.

For me, such is the case with Arafat, one of history's unique figures.

'Take something and then ask for more'

Of course, for many others, he is a controversial individual and opinions are understandably divided over his legacy.

“Take something and then ask for more” – this was Arafat’s response when criticised for accepting many concessions on the behalf of Palestinians, and receiving very little in return in the Oslo Accords.

Both Palestinians and those who cared for Palestine felt, and still feel, frustrated and disappointed by the part he played.

Of course, the knowledge of the present will always be an unjust advantage owned by history. Looking at Palestine now, it is understandable why many root certain issues within Arafat’s politics, and I am not attempting to justify those failings.

Instead, I see Arafat’s existence as an essential turning point in the resistance of the Palestinian cause, in developing a Palestinian national movement, that must be credited.

In fact, when I wondered 12 years ago whether the Palestinian cause had died with Arafat, it was because of him that I knew that the answer was, of course, no.

How could the answer be yes when I remember how Arafat would speak of the Palestinian people?

The Palestinian people were invincible, unbeatable and – most importantly – they weren’t going anywhere. As Arafat always reminded them, and us, the Palestinian revolution was going to be a success. The only question was when.

Arafat's belief and his love for Palestinians made you love and wish the best for the Palestinians.

Even today, much of the passion I see in my children, I know is rooted from the movement that Arafat founded. His passion inspired me and inspired them, and will continue to inspire many to come. His words and speeches, his passion and charisma, his resistance and goals, were unmatched and infectious.

Arafat may have died 12 years ago today, but with all that he left behind, the Palestinian cause lives on.

I remember how skewed and unjust the international arena and the media was during the 1970s and 1980s. So focused on Israel, it barely spoke of Palestine, her voice, her children and her revolution.

But when Arafat spoke of the olive branch, and when Arafat declared the establishment of a State of Palestine in Algeria, his calls for recognition could not be ignored.

Palestinian politics, with all its current divisions and disunity, has never been the same since his passing. Politics as an area of revolutionary change has slowly slipped away.

Arafat had an ability to unite all Palestinians, as well as leaders in the surrounding region. His charm and personality helped to hold together all factions across the Palestinian spectrum, one that was united and focused on the ultimate goal: freeing Palestine.

And so, I cannot help but feel nostalgia for Arafat’s days.

With humanitarian crises now too widespread within the region, with wars and famines now too commonplace, the days of Palestine being the centre of Middle Eastern issues is slipping.

This is not to say that only one struggle can, or should, take centre stage while others await their turn, but one cannot help but feel that there is a sense of tiredness in the region. Tiredness of constantly having to protest, having to show solidarity, and having to fight continuously to be remembered on the international stage. I almost wonder how Arafat did it.

But, perhaps, 12 years after his death, Arafat can provide inspiration for us all in the region. As Palestinian poet, Mahmoud Darwish, wrote of him: "Arafat will always inspire those struggling and demanding their rights around the world."

- Azza Mostafa is an independent researcher, writer and analyst on Middle Eastern affairs and international relations and has worked for both Middle Eastern and Western consultancies on how best to read and understand the region for more than 25 years.