Why women are almost invisible in Lebanon's parliament

Joana Aziz
Once again, Lebanese politicians passed over the women's quota which would have guaranteed a minimum 30 percent of seats in parliament for women. But doesn't mean we shouldn't stop pushing 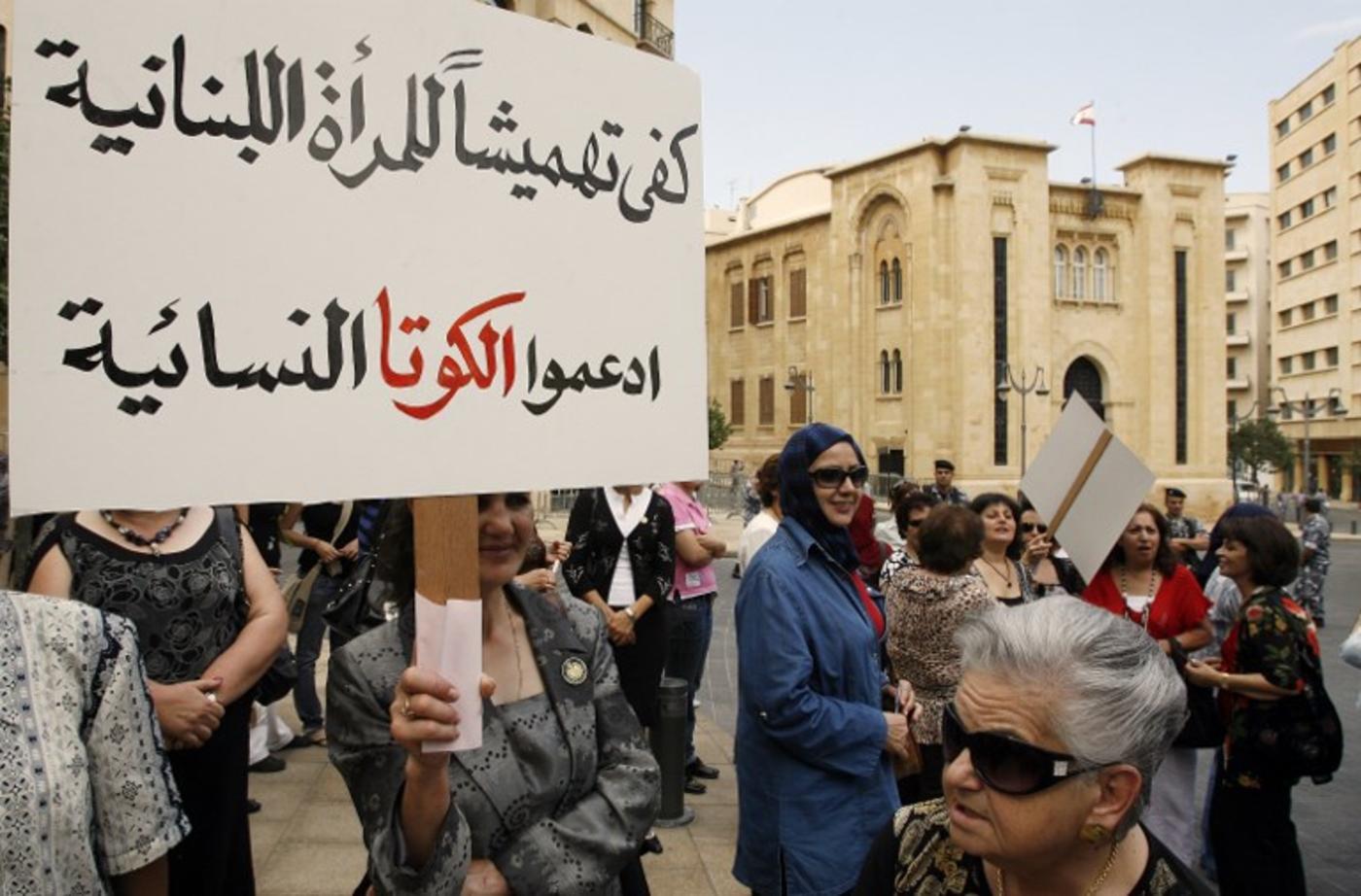 Women’s rights in Lebanon are currently a major topic of interest and concern on the national stage - and rightfully so.

Women in Lebanon are not a minority. They constitute almost half of the population, but they have been systematically marginalised

The quota system would have guaranteed a minimum of 30 percent of the seats in parliament for women so they could play an active role in political decision-making.

Currently, women in Lebanon account for 3.1 percent of the deputies in parliament - four out of 128 seats - and 3 percent of the ministers in the Council of Ministers. That's compared to a global average of 22 percent of parliamentarians who are women.

Failure to implement the quota signifies a recurring theme in Lebanon where women's rights are often marginalised. So why has the system failed once again to implement the legislation and examine other legal areas - rape, citizenship and the welfare of women for starters - where women have yet to gain equals rights?

Only once we define the problems can we find viable and sustainable answers.

Seventeen years ago, Lebanon signed the Convention on the Elimination of All Forms of Discrimination Against Women (CEDAW), which was drawn up by the United Nations.

Often described as the international bill of women’s rights, the convention contains 30 articles addressing what it regards as discrimination against women and an inclusive plan to end this.

By signing the bill, Lebanon officially agreed to “incorporate the principle of equality of men and women in their legal system, abolish all discriminatory laws and adopt appropriate ones prohibiting discrimination against women”.

Academic studies have suggested that when female representation in parliament falls below 30 percent, there are not enough women - or a critical mass - to form decisive and influential blocs. And at the UN's 1995 Beijing Conference on women, this 30 percent target was set for women in decision-making positions around the world.

But if we look at what was agreed on and what has happened since, recognise that there is lack of consistency and compatibility with the convention.

Currently, women in the Lebanese parliament occupy four out of 128 seats, down from six in 2005 and way below the minimum threshold of at least 39 female MPs. The figures are staggeringly low and signal a major failure in Lebanon to reach political gender equality.

Lebanon is a melting pot of diverse religious sectors including Maronite Christian, Sunni Muslim and Shia Muslim. It is also currently housing an estimated one million Syrian refugees and around ​450,000 Palestinian refugees.

The country's quota system is devised on the notion of involving religious, ethnic or linguistic minorities by allocating seats in centres of governance where they can play an active role in making decisions, especially ones that directly affect them.

Reserving seats in the hope of forming a diverse parliament creates a system where policies are made by mutual consensus and shared needs.

But women in Lebanon are not a minority. They constitute almost half of the population, further demonstrating, given their dismal representation, how women have been systematically marginalised as policy-makers and underlining why this quota should be implemented.

The word “quota” has Latin origins meaning “how large a share”. In parliaments and municipal councils, quota systems are proposed as temporary solutions to address the problem of women’s poor participation in political life.

Quotas have been successfully adopted in Jordan and Iraq and can be introduced in different ways. One model suggests reserving a designated number of seats for women. Another legally requires political parties to nominate a minimum number of women on their election lists. Each plans has its advantages and disadvantages.

But implementing the quota is not enough. Female parliamentarians often experience hostile and aggressive attitudes in these predominantly “masculine” councils. Lebanese MP Elie Marouni, for example, suggested that sometimes women are to blame for their own rape in a press conference late last year. He also said that he is against giving Lebanese women the right to grant their nationality to their children.

Take into account other discriminatory laws such as those relating to divorce, property rights and care of children, and we begin to understand that rights of women in Lebanon are unprotected and based on unequal grounds and demand serious recognition.

Article 7 of the Lebanese Constitution warrants equality of rights, obligations and duties to all citizens. However, matters of marriage, divorce, inheritance or child custody, are resolved in religious courts which are not governed by the constitution and do not guarantee equal rights status.

In recent years, women’s rights organisations have presented government officials with two laws meant to significantly advance the state of women in Lebanon which have been either rejected or watered down.

One of the laws proposing to protect women from family violence was amended, giving religious courts, rather than civil courts, jurisdiction in relevant cases. The other law would have criminalised marital rape. Until now, MPs have refused it.

The women's quota, let alone the goal of reaching 30 percent representation for women in Lebanon's parliament, was not met this year because we still do not value women’s input in politics or elsewhere in society. But that doesn't mean we should stop pushing.

Earlier this year, Lebanese activists set up a powerful display of eerily hung wedding dresses to protest Article 522 which pardoned a rapist if he married the victim. The article has been repealed.

The efforts of Lebanese NGOs such ABAAD and KAFA, which aim to tackle injustice against women and were involved in the display, are a primary example of how cooperation and determination can lead to tangible change.

Here's one thing we can do right now: the United Nations Development Programme (UNDP) along with the Lebanese Elections Assistance Project (LEAP) worked together to produce two animated clips illustrating the current unbalanced figures in the Lebanese political system and narrated the importance of implementing the quota system for women. Consider sharing these videos to give this issue wider coverage.

Fighting for greater political representation will secure a better country not only for our daughters, but for our sons as well. One where they can enjoy the benefits of equal opportunity, a world where they can reach their full potential without being hindered by their gender and one where their individuality will be recognised and celebrated.

- Joana Aziz is a Syrian Barcelona-based freelance writer. In early 2017, she joined the writing team at Conatus News and subsequently completed her MA in International Studies in Media, Power and Difference at the University of Pompeu Fabra in Barcelona, Spain. She will soon embark on a PhD in Communication at the same university. She was the arts & culture editor of Time Out Magazine in Beirut, Lebanon and has also writen for Beirut.com and Home Magazine. Aside from pursuing a writing career, her ambitions for the future include teaching, researching and activism.

Photo: An activist carries a banner that reads 'Enough marginalisation of Lebanese women, support the feminine quota" during a sit-in outside the Lebanese parliament in downtown Beirut in September 2008 (AFP) 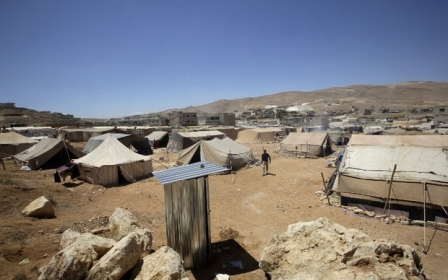 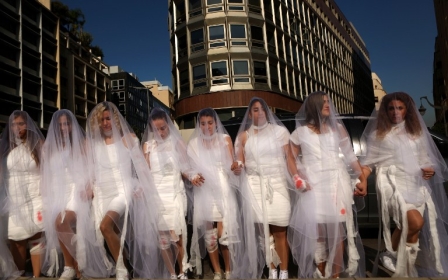 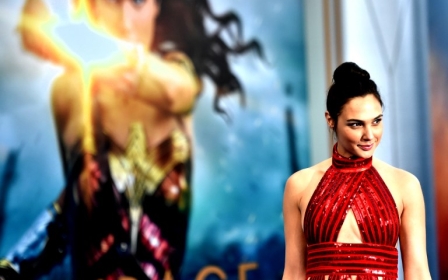