Why Yemen’s tribes may succeed where the UN has failed

Hannah Porter
Yemen's tribal leaders, who last month mediated the first successful negotiations since the conflict began, may be key to ending the war 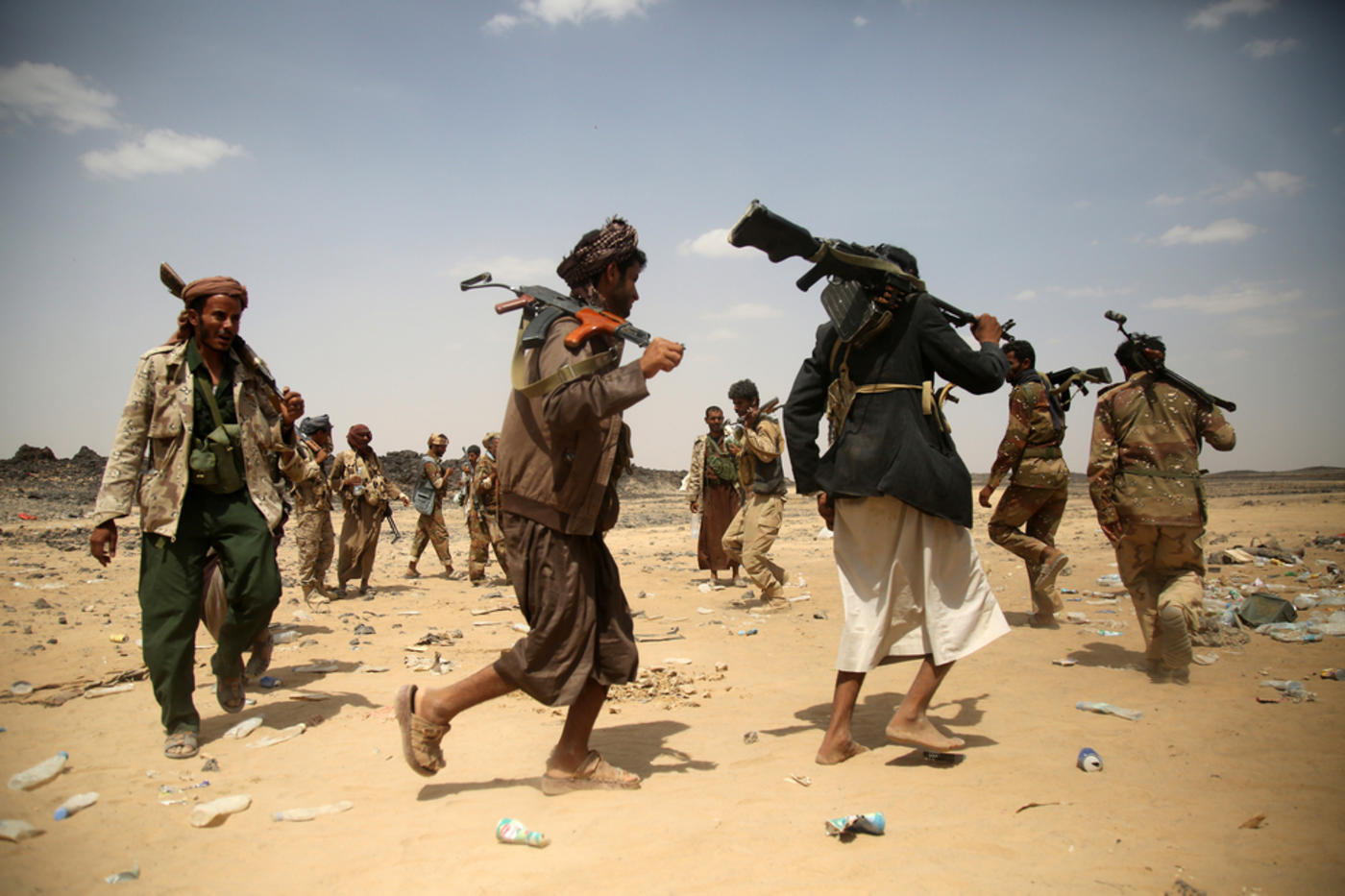 Yemen’s war has been raging for over a year, with exiled president Abdu Rabbuh Mansour Hadi and a Saudi-led military coalition fighting to drive Shia Houthi rebels and ousted President Ali Abdullah Saleh from the capital.

An upcoming round of UN-brokered negotiations to end Yemen’s conflict, which has claimed over 6,000 lives, is scheduled for 18 April in Kuwait and has been characterised by the UN as “one of our last chances to end this war”.

Earlier attempts by the UN have failed to forge an agreement between parties to the conflict but, behind the scenes, the leaders of some of Yemen’s tribes have been successfully mediating local disputes, negotiating a temporary border calm, and facilitating substantial Saudi-Houthi prisoner exchanges, something that an anonymous UN official deemed the most difficult issue to resolve during the talks.

So far, tribal mediators have effectively brokered more agreements in this conflict than the UN.

That should come as no surprise, as their expertise in local politics and investment in the security of their communities make them an indispensable party to reaching peace.

In the midst of December’s UN talks in Switzerland, which brought about a ceasefire that held for less than 24 hours, tribal mediators in the southern governorate of Lahj were overseeing the conflict’s largest prisoner exchange, swapping 360 Houthi fighters for 265 pro-government fighters and civilians.

Talks in early and late March, widely considered a turning point in the conflict and the first glimmer of hope in the year-long war, were also mediated by tribal leaders from the northern Saada province, the Houthi movement’s birthplace along the Saudi-Yemen border which has suffered tremendously from continuous clashes and coalition air strikes.

The March negotiations concluded with tribal mediators overseeing the exchange of 126 prisoners and instating a temporary border calm. More importantly, these talks generated confidence on all sides to allow for the 10 April ceasefire and subsequent negotiations, which will also be tribal-mediated.

Tribes across Yemen, some of which have existed as discrete socio-political entities for millennia, are a solid presence in on-the-ground politics, but are remarkably fluid in their alliances. Some tribes have long-standing relations with Saudi Arabia while also maintaining open communication with the Houthis.

Religious leaning is also not a reliable predictor of tribal allegiance, says Hussain al-Bukhaiti, a pro-Houthi activist based in Sanaa. He recounted a few instances when Sunni tribes based near the capital, some of whose members belonged to the Sunni Muslim Brotherhood and the Islah party, were driven to fight alongside the Shia Houthis after suffering casualties in a Saudi airstrike.

According to Yemen tribal expert and nonresident senior fellow at Project on Middle East Democracy, Nadwa al-Dawsari, tribes’ relationships remain flexible because their leadership will tend to stay neutral and non-confrontational unless they are attacked or feel threatened.

“Tribes and tribalism are largely misunderstood in the media,” says Dawsari. “Yemen’s tribes are highly pragmatic...and have succeeded repeatedly in putting an end to clashes and stopping attacks.

“Especially now that the conflict is so localised, tribal leaders can help to mitigate some of these disputes. They have more incentive. They’re thinking about their families, their businesses, the safety of their communities. They live there.”

Unlike national-level actors, such as Hadi and Saleh, tribal leaders are fighting for local interests that often correspond with the interests of international players, including the United States, which claims to be seeking a stable and secure Yemen, free of terrorism.

On a number of occasions, tribes in southern Yemen have battled alongside government forces to push out al-Qaeda and other extremist Islamic groups in order to ensure their communities’ safety.

The limits of tribal power

The expansion of al-Qaeda’s Yemen branch, which was established in 2009, may be attributed to more than a widespread security vacuum resulting from the ongoing conflict; the fact that tribes are now embroiled in an inordinate number of conflicts makes them less capable of containing local issues, including terrorism.

Not all experts agree, however, that tribes are necessarily the key to a stable Yemen and productive peace talks.

“How relevant tribal issues are in these or any negotiations depends on context,” says Adam Baron, a visiting fellow at the European Council on Foreign Relations.

“I’d be reluctant to say that someone is good for negotiations just because he is a tribal sheikh, as some of the most corrupt politicians in Yemen are also tribal sheikhs.”

There is well-warranted cynicism surrounding April’s negotiations, but the current ceasefire and increased willingness from all sides to come to the table is seen as a definite shift in attitude.

“If there’s one thing the last few year have taught me,” says Baron, “it’s to not be optimistic and particularly not to make optimistic predictions. That being said, the lead up to the talks certainly looks better than the situation prior to last December’s Geneva talks.”

Whenever the war does finally come to a close, tribes and other local actors will need to be part of the post-war dialogue, due to what Marieke Brandt, an expert on northern tribes and the Houthi movement, deems their “well-established and effective mechanisms for channelling crises into negotiations and mediation.”

It should be noted, however, that in Brandt’s paper on tribal militias and the 2004-10 Saada war between the Houthis and the Saleh government, she explains that the tribes’ mechanisms were intentionally weakened by the Saleh government’s manipulation and exploitation of tribal politics.

The subsequent expansion of the Houthi movement throughout northern Yemen led to further upheaval, displacing some long-established tribal leaders and drastically changing the balance of military power between the state and local actors.

The role of Yemen’s tribes has been, and will continue to be, subject to changes based on internal and external ruling powers and regional alliances. Some experts argue that this state of flux has seen the corruption and derailing of a once-functioning system, but it may be this precise adaptability that allows tribes to remain relevant and influential in both the local and national spheres.

- Hannah Porter is an editor and journalist based in Cairo. She also works as the media and communications intern for the Yemen Peace Project, which you can follow on Twitter @YemenPeaceNews