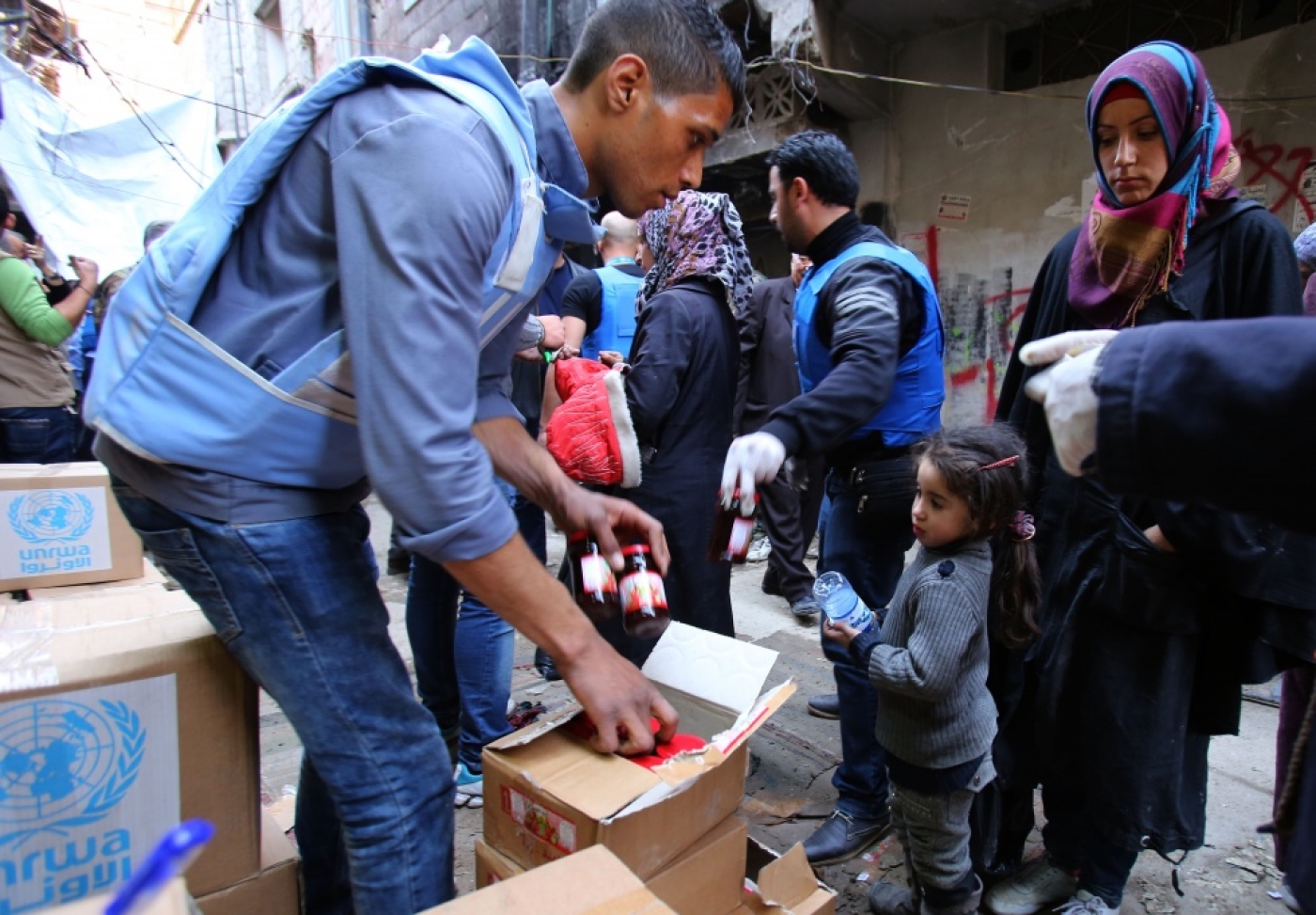 This story, then, is not “simply” one of the profound suffering of a group of defenceless civilians trapped in a war zone. It extends far beyond the de-contextualised renderings of mainstream media, spotlighting refugees in dire circumstances, facing death and starvation. It includes but also considerably predates reports of “residents including infants and children … subsisting for long periods on diets of stale vegetables, herbs, powdered tomato paste, animal feed and cooking spices dissolved in water”.

The story of Yarmouk began almost seven decades ago when some three-quarters-of-a-million Palestinians were forcibly displaced from Mandatory Palestine in 1948, then subjected to continuing, multiple displacements both across and beyond the Middle East. Among too many instances to list here, these include: 400,000 Palestinians (many of them refugees from 1948) displaced by Israel in 1967, over 300,000 fleeing Kuwait in the early 1990s during and after the first Gulf war, tens of thousands expelled by the Libyan regime and housed in makeshift camps at the Egyptian-Libyan border in 1995 and 22,000 fleeing Iraq during and after the American-led invasion in 2003.

Founded in 1957 just south of Damascus, the Yarmouk camp became home to many thousands of refugees, most of whom originated in the northern part of Mandatory Palestine, in Safad, Haifa, and Jaffa. Expelled from their homes in 1948, these Palestinian refugees have been barred ever since from returning to their lands.

Prior to the 2011 outbreak of the Syrian civil uprising the population of Palestinian refugees in Yarmouk numbered over 150,000. With the uprising now turned, through imperialist intervention, into several larger proxy wars, continued warfare has already displaced 90 percent of the camp residents, who fled elsewhere in Syria or to the neighbouring countries of Jordan, Turkey and Lebanon.

For those who have been unable to flee, including some 3,500 children, the current situation is appalling. Since fighting intensified early this month, the United Nations Relief and Works Agency for Palestine Refugees (UNRWA) has been unable to deliver much-needed necessities. UNRWA spokesman Christopher Gunness has said: “That means that there is no food, there is no water and there is very little medicine… The situation in the camp is beyond inhumane.”

Yarmouk, the individual and the collective story, is about millions of Palestinian refugees currently scattered across the Arab world, struggling to make lives and livelihoods and repeatedly forced to move into the unknown. It is, no less, about the Palestinians living under Israel’s control in the occupied territories, inside Israel and all over the globe, with and without relatives in the Syrian camp, who are forced to look on helplessly at the unbearable spectacle of slow starvation playing out upon their families, friends and people.

Yarmouk is the story of an entire nation consistently denied access to its most basic human rights. It is about generation after generation of Palestinians whose lives of uncertainty, humiliation and poverty result directly from a consistent UN failure to fulfill the obligation it undertook in resolution number 194, that is, that Palestinian “refugees wishing to return to their homes and live at peace with their neighbours should be permitted to do so at the earliest practicable date”. This failure has persisted for 67 years now, despite the fact that Israel’s very admissibility into the United Nations was linked with the measure for allowing Palestinian refugees to return to their lands.

Israel too, then, bears a direct and distinct responsibility for the fact that Palestinian refugees are dying today in Syria. The refugees living, and now dying, in Yarmouk camp and all those living, and often subsisting, in 59 other camps in Jordan, Lebanon, Syria, the West Bank and Gaza are where they are because Israel has, for all these years, consistently blocked their return. The state of Israel continues to defy UN resolutions, international law and conventional norms of human rights, all of which would allow Palestinians to exercise their right of return.

This being the case, Yarmouk is clearly also a story of an immoral world leadership that allowed millions of people to be exiled from world memory and to drop off its radar screens, allowing time and powerlessness to eradicate their rights and dreams. It is, as well, the story of a supposedly “developed” world  that is utterly impotent, ineffective, helpless and indifferent, which, yet again, stands by  - watching, knowing, yet doing nothing, offering no options to Yarmouk; whether to its predominantly Palestinian residents or to the many indigenous Syrians trapped there as well.

There is no doubt that the Islamic State, the Assad government, as well as additional armed groups currently fighting for control in Yarmouk, are part of the complex picture of today’s Syria. Each and all of them bear direct responsibility for the misery forced upon the people of Yarmouk. It would be foolish to ignore this. But the broader, highly pertinent context seems to be totally absent from most media reports.

The Palestinian refugees of Yarmouk, and many more elsewhere, are subject to whatever they are facing because Israel has denied their inalienable rights while the UN and the international community have allowed and enabled Israel’s denial. A genuine will and a just world public could save the Palestinians of Yarmouk, recognising and enacting the right of return of these refugees. This single act could prove deeply transformational, bringing hope and unaccustomed careful trust to the region.

Yarmouk, then, is poised to become either the story of a prolonged, familiar impasse, exacting a horrific price in human lives, or the story of a momentous turning point.