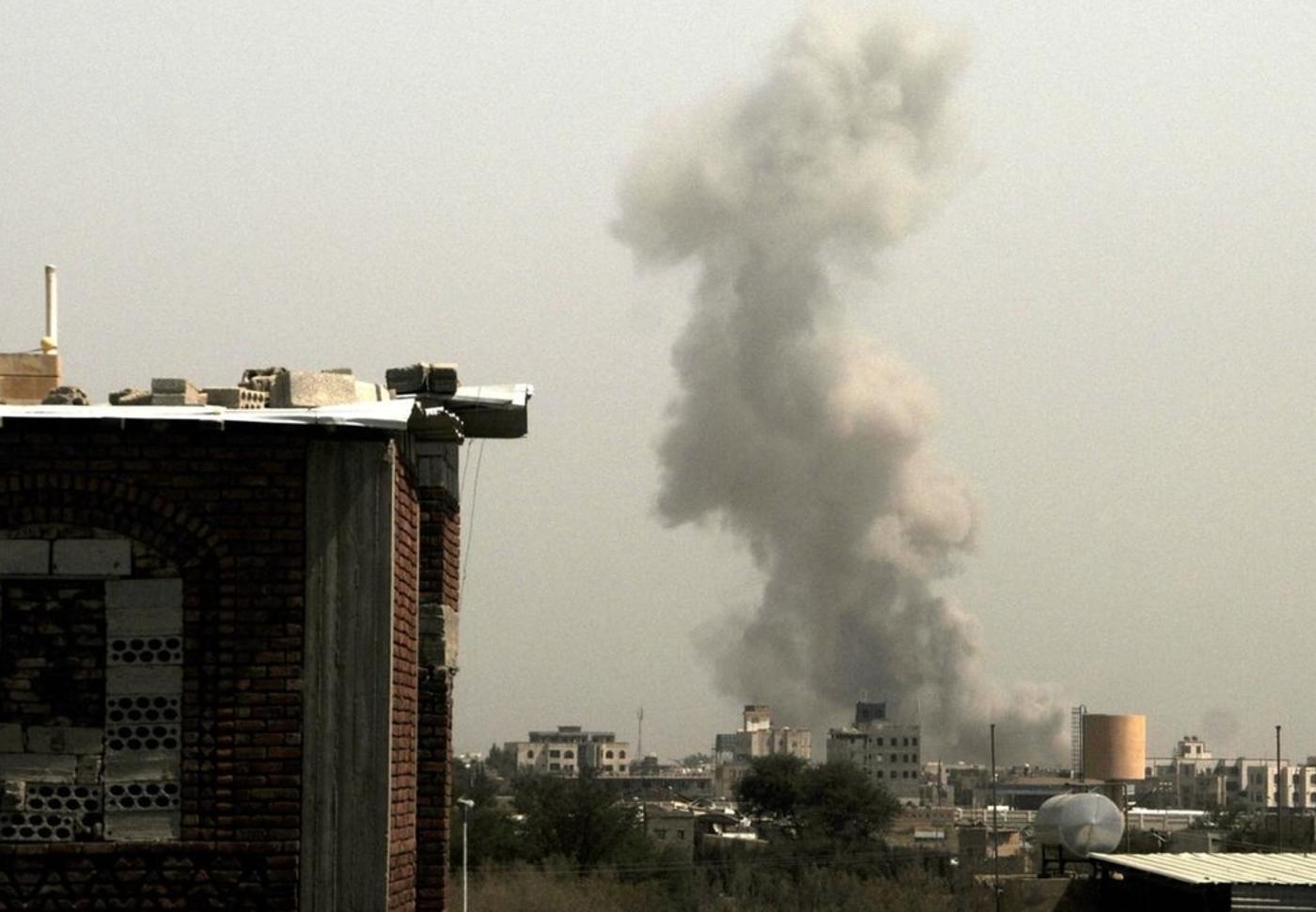 Any attempt to provide a coherent account of the political strife afflicting Yemen is bound to fail. The country is a crucible of contradictions that defy normal categories of rational analysis. Looking beyond the political fog enveloping the conflict, the tragic circumstances of acute suffering imposed on the civilian population emerge with stark clarity.

Long before the outbreak of civil warfare, Yemen was known to be the poorest country in the region, faced with looming food and water scarcities. The UN estimates 80 percent of the population is in urgent need of humanitarian assistance, 40 percent live on less than $2 per day. Further, there are high risks of mass famine and epidemic outbreaks of disease.

Against this background, the UN Security Council seems shockingly supportive of a major Saudi military intervention via sustained air attacks that started in March 2015, severely aggravating the overall situation by unanimously adopting a one-sided anti-Houthi Resolution 2216. This Saudi use of force is contrary to international law, violates the core principle of the UN Charter, and magnifies the violent disruption of Yemeni society.

The success of the Houthi insurgency from the north that swept the Yemeni leadership from power, taking over the capital Sanaa, was perversely treated by the Security Council as a military coup justifying the intervention by a Saudi-led coalition. Strange to recall that the 2013 undisguised military coup in Egypt, with much bloodier reprisals against the displaced elected rulers, aroused not a murmur of protest in the halls of the UN. So goes geopolitics in the Middle East.

What makes it even more difficult to make sense of developments in Yemen is the geopolitical tendency to reduce an incredibly complex national history and interplay of contending forces to a simplistic story of Sunni versus Shia rivalry for the control of the country.

Such a prism of interpretation, above all, allows Saudi Arabia to portray the strife in Yemen as another theatre of the wider region proxy war pitting Saudi Arabia and its Gulf allies against Iran, which is a guaranteed way of securing US and Israeli backing. The same rationale has served the kingdom well (and the world badly) in explaining why it supports anti-Assad forces in Syria over the last several years. If considered more objectively, we begin to understand that this sectarian optic obscures more than it reveals.

For instance, when it came to Egypt, the sectarian template was discarded, and the Saudis immediately used their financial muscle to help the anti-Muslim Brotherhood coup in 2012 led by General Sisi to consolidate its control over the country. Even when Israel attacked Gaza a year ago, seeking to destroy Hamas, a Sunni Islamic version of the Brotherhood, Saudi Arabia made no secret of the startling fact that it gave Tel Aviv a green light.

What emerges, then, is not a regional politics based on sectarian priorities, but rather a pathological preoccupation with regime stability in the Saudi monarchy, with anxieties arising whenever political tendencies emerge in the region that elude its control, and are perceived as threatening.

The people of Yemen are paying a huge price for this brand of Saudi paranoid security politics. Yet much of the world is lulled to sleep, not taking the trouble to peer below this sectarian cover story.

Only scant account taken of the fact that the real threats to regional order in Yemen do not come from a reasonable Houthi insistence on power-sharing political arrangements, but mainly arise from the presence of Al Qaeda of the Arabian Peninsula (AQAP) and, more recently, ISIS that have been targeted by American drones as part of the war of the terror ever since 2007.

So while the West supports the Saudi fight against the Shia Houthis, at the same time it does its best to weaken their most formidable opposition, and in the process further alienates the Yemeni civilian population by its military tactics, which recruits more extremists committed to fighting against external intervention.

If this was not enough to make the Yemeni crystal ball opaque, there is the internal alignment of forces. On the one side, the 2012 successor regime to the corrupt dictatorial rule of Ali Abdullah Saleh that is headed by its equally corrupt former vice president, Abd Rabbuh Mansour Hadi, now apparently “governing” from exile.

On the anti-regime side, in addition to the Houthis, are the main military and police forces under the authority of Saleh who oppose the Saudi intervention and have helped turn the tide of battle on the ground against the Hadi-led government. Despite this adverse battlefield reality, the Saudi ambassador to the US, Adel al-Jubeir, was quoted as saying: “We will do whatever it takes to protect the legitimate government of Yemen from falling.” Tragically, what this seems to mean is reducing the country to a shambles that brings starvation and disease to the population, and possibly escalating at some future point of frustration by launching a major ground offensive.

What should be done?

It is difficult to know what would bring some kind of peace to Yemen. What we do know is that both the sectarian optic and Saudi interventions are dead-end options. The beginning of a constructive approach is to take root causes into account. Several need to be considered. There is a long experience of division between the north and the south, and this means that any unity government for the whole of Yemen can only be sustained by an iron-fisted dictator like Saleh or through a genuine power-sharing federalist kind of arrangement. Beyond this, the country bears the scars of Ottoman rule intermixed with a British presence in Aden and the surrounding area, vital for colonial priorities of controlling the Suez and the trade routes to the East.

Additionally, Yemen remains a composite of tribes that still command the major loyalty of people. The modern European insistence on sovereign states in the Middle East never succeeded in overcoming the primacy of Yemeni tribal identities. Any possibility of political stability requires subsidising Yemen’s tribes as Saudi Arabia did during Saleh’s dictatorship (1990-2012) or creating a multi-coloured quilt of autonomous tribal polities. When geography and tribalism are taken into account recourse to the Shia-Sunni divide or the Riyadh-Tehran rivalry as an explanation of Yemen’s strife-ridden country is a cruel and futile fantasy.

What should be done, given this overall situation? A potential key to achieving some kind of peace in Yemen is held by policymakers in Washington. Yet as long as the US government remains beholden to the rulers in Saudi monarchy and to the extremists running Israel, it is unusable. This makes political turmoil in the Middle East stuck on a lethal fast-moving treadmill. How to get off, that is the question.

There are two obvious moves, neither ideal, but with the modest goal of a first step in creating a new political order: first, negotiate a ceasefire that includes an end to the Saudi intervention; secondly, establish a more credible revival of the National Dialogue Conference that two years ago made a failed attempt in Sanaa to find a power-sharing arrangement. What is needed is establishing a political transition sensitive both to the North-South split and the strength of Yemeni tribes coupled with massive economic assistance from outside and the creation of a UN peacekeeping presence tasked with implementation. Nothing less has any chance of working.

Such a rational path is currently blocked, especially by the intense militancy of the aggressive Saudi leadership of King Salman bin Abdul Aziz Al-Saud, and his son, Prince Mohammed bin Salman, Secretary of Defence, the apparent champion of military intervention.

The United States, with its special relationship to Israel and its strong ties to Saudi Arabia, seems to be swallowing the central contradiction between opposing both its real adversaries, AQAP and ISIS, and implicit ally, the Houthis.

Instead of treating the enemy of their enemy as a friend, Washington is reversing the proverb. This Gordian Knot is strangling the people of Yemen. Cutting it will require a drastic break with current policy. The way forward is evident, but how to get there is not, and in the meantime the bodies pile up.

Photo: An explosion during a Saudi-led coalition bombing raid in Sanaa, August 2014 (AA)