Berlinale 2019: Israel takes the prize, but Sudan scores a double

Amid some disappointing entries from the Middle East, the festival included two excellent Sudanese documentaries 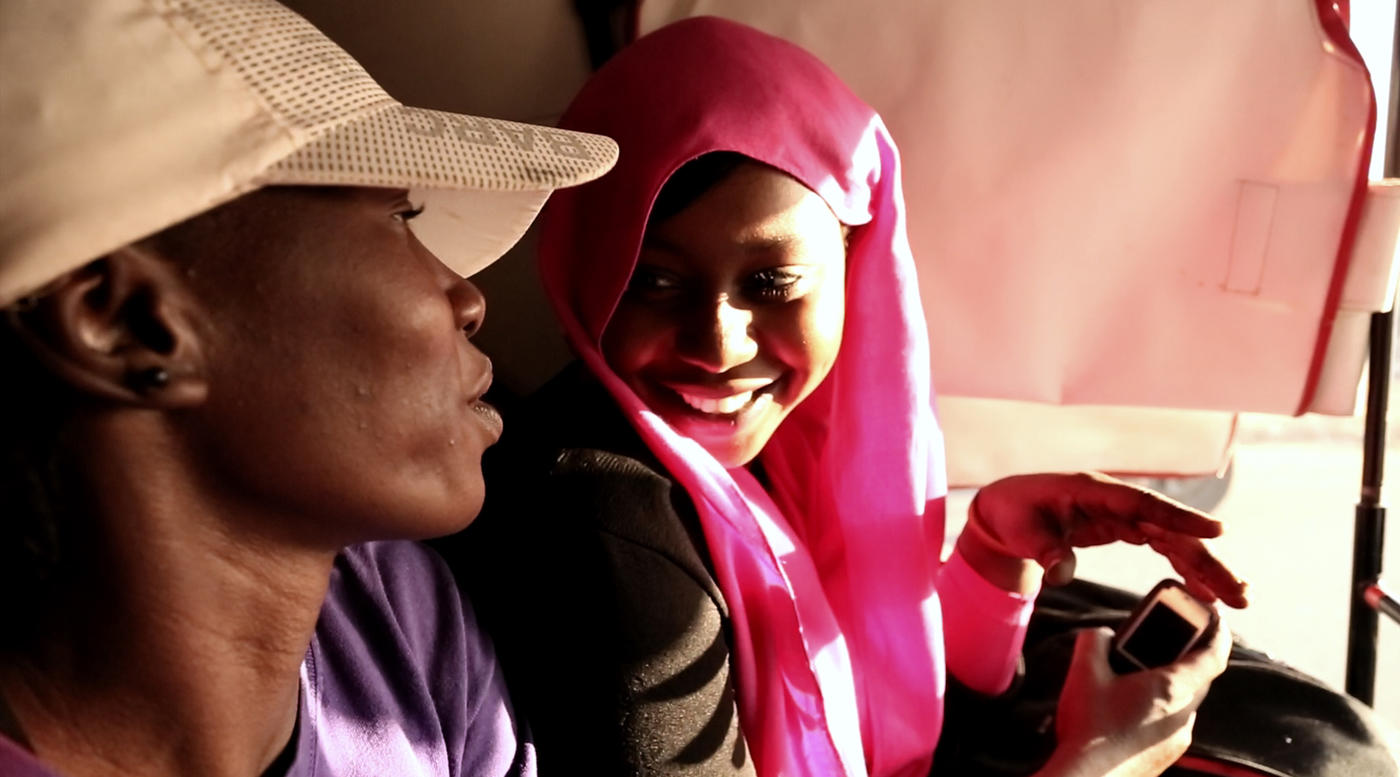 Film professionals were hoping that Dieter Kosslick’s mostly turbulent 19-year reign as director of the Berlin Film Festival (also known as the Berlinale) would end with one last hurrah, with a great selection to shush the criticism that has been growing louder over the past decade.

From the outset, it felt that this could be the case: an eclectic competition fronted by new works from exciting young talents and veteran auteurs alike whet the appetite of the distrustful naysayers. Midway through the festival, hope began to evaporate, and by the end, the complaints echoing from the elevators, press room and nearly every venue in Potsdamer Platz were too loud to ignore.

The competition, usually the main attraction for journalists and programmers alike, was the worst in years, with an exceptional ten films or so in a programme comprised of more than 400 titles.

For better or worse

The Middle Eastern selection offered a very mixed bag of misjudged experiments, saved mainly by one dazzling discovery from Sudan. And though many of the Middle Eastern offerings failed to deliver, it was the non-Middle Eastern movies dealing with themes related to the region that grabbed the headlines, for better or worse.

Israel re-established itself as a powerhouse cinema with a staggering 11 productions in the various sections of the festival – more than all of the Middle Eastern films combined.

Largely steering away from the Palestinian conflict, the vast majority of this year’s Israeli crop such as Nimrod Eldar’s father-daughter piece, The Day After I’m Gone and Yaron Shani’s bullying cop drama, Chained, focused on domestic issues.

The most buzzed-about title was Nadav Lapid’s French production, Synonymous, the big and expected winner of the Golden Bear award. A hallucinatory, fragmented study of the impact of militarisation on the average Israeli, this thinly plotted and delirious autobiography has been hailed for its unorthodox treatment of the subject.

While it does present genuine insight into the psyche of a scarred Israeli generation and the reconstruction of identity in a challenging free-wheeling cinematic form, Lapid – whose 2014 Cannes contender The Kindergarten Teacher is arguably the finest Israeli picture of the decade – makes his obvious point in the first 30 minutes of the film before running on empty.

The competition was crammed with the usual banquet of topical global politics: Wang Xiaoshuai’s heartbreaking family saga, So Long, My Son, tackling the punishing repercussions of China’s one-child policy; Wagner Moura’s Marighella, a historical biopic of the titular Brazilian militant leader whose battle against fascism mirrors the current political climate in the country; Andre Techine’s injudicious Farewell to the Night, which touches upon the conversion of a privileged white French teenager to Islam and his subsequent attempt in joining the Islamic State militant group.

Yet the real standout picture was also the subtlest and shrewdest in the delivery of its political message. Quebecois director Denis Côté’s formally ingenious, highly original Ghost Town Anthology may at first appear to be a low-fi ghost story where the dead coming back to inhabit a small town are too benign and too passive to possess a real threat to any of its 215 denizens.

As the film progresses, layers of Côté’s scheme began to peel off, revealing a brilliantly crafted allegory about an enclosed community clueless in dealing with “the stranger others”. Eschewing genre thrills to focus on the mechanisms of dealing with the intimidating unknown, Côté’s finest narrative feature to date – which went home without a single award – was easily the most politically urgent competition nominee.

The same cannot be said about Emin Alper’s disappointing Turkish competition entry, A Tale of Three Sisters. Having delivered one of the fiercest political attacks against Erdogan’s police state with 2015’s Frenzy, expectations were sky-high with this follow-up.

A folk tale of three sisters coming home to their poor village and financially-strapped father after floundering in their different tenure as foster children/servants of a middle-class family in the city, Alper charts the trio’s reassimilation into their old home while revealing little about the true motives behind their uneventful actions. Devoid of social or political contexts or parallels, this strangely uninvolving, inert film ultimately fails to stand on its own storytelling strengths.

Equally disappointing was Iranian Suzan Iravanian’s shabby, confused genre hybrid, Leakage. Iravanian’s debut feature revolves around a middle-aged middle-class woman who is forced to cope with the inexplicable oil leakage from her body after her husband mysteriously disappears. Aided by an Afghan servant in her quest for asylum-seeking in Germany, the woman gradually grows estranged from her unsympathetic family as her paranoia intensifies.

What starts off as an intriguing tale of fear and displacement in a society where non-conformity is instantly punished, swiftly morphs into an underdeveloped yarn about alienation, neither rooted in existential ennui nor in social rejection. Porous, sluggish and clumsily structured, Iravanian wastes the great promise of her story with largely one-dimensional characters and a premise that goes nowhere.

Equally frustrating was Ghassan Salhab’s An Open Rose, an experimental essay film that witnessed some of the largest walkouts in both the press and public screenings. The veteran Lebanese director’s second non-fiction work juxtaposes the letters of Polish Marxist icon, Rosa Luxemburg, that were written in her solitary confinement at the end of 1917, with random vistas of modern wintery Berlin, and throwing in the mix footage of militant Palestinian fighters from the 1970s.

Salhab is one of Lebanon’s greatest living filmmakers, but An Open Rose often feels like a rushed vanity project

The film also features a two-person reading of the letters in Beirut, archival material from the First World War, and a battle song of the labour movement, all interjected with the music of iconic German singer, Nico. How all the disparate elements are related is anyone’s guess. Salhab uses the letters to, supposedly, meditate on confinement, while the Palestinian footage evokes the lost promise of armed resistance.

Yet the whole affair reeks of self-importance. Salhab is one of Lebanon’s greatest living filmmakers, but the impenetrable An Open Rose, which often feels like a rushed vanity project, is a rare faux-pas in his otherwise stellar body of work.

Equally simplistic in its ideas if somewhat earnest in its emotions is Danish-Palestinian director Omar Shargawi’s Western Arabs, a documentary chronicling his stormy relationship with his father over a period of 12 years.

A gutsy, visceral family diary about the passing of guilt from one generation to another and the struggle of first-generation Arabs to integrate in a disaffecting Europe, Shargawi’s intimate, deeply personal film nonetheless suffers from shoddy editing and the lack of a proper dramatic structure, while the director’s reductive, infantile ideas about religion, life and politics make it difficult to sympathise with him.

Simply put, Western Arabs has too much testosterone: its vision of wounded masculinity feels dated and rudimentary.

Not everything was bad for Middle Eastern cinema this year at the Berlinale. A pleasant surprise was Turkish newcomer Burak Cevik’s second feature, Belonging. A nimble experiment that sees a murder plot (a young man planning to kill his lover’s mother) played over a series of largely still imagery of empty locales where fragments of the story take place, the director then shows a single episode from the pair’s first encounter before returning to the conclusion of the story, which occurs off camera.

Evoking the spirit of both French essayist Chris Marker and the noir elements of early Hitchcock, Belonging is both retrograde and forward-looking, mysteriously involving and aesthetically inventive. By a considerable stretch, it was the most aesthetically singular Middle Eastern film this year.

The biggest discovery of the festival was the nascent Sudanese cinema, which was represented by two documentaries exploring the stronghold of political Islam over present-day Sudan.

Sudan on the rise

Marwa Zein’s Oufsaiyed Elkhortoum (Khartoum Offside) follows a group of female footballers, fronted by a north-born Christian entrepreneur aspiring to open up a bar, as they combat both bureaucracy and the ruling patriarchy to become the country’s first female football squad.

The group finds themselves in an endless fight against preconceptions, male chauvinism and governmental apathy, while also confronting stigmas about unveiled woman instigated by women themselves.

By turns lighthearted and perceptive, Zein explores the stifling traditions that have been passed down from generation to generation, and not just from and to men, but also through women. Strong-willed, refreshingly liberated and ferociously independent, Zein’s footballers defy the mainstream perceptions of Sudanese women.

The jewel of the Middle Eastern selection was Suhaib Gasmelbari’s Talking About Trees, winner of the best documentary feature prize and the Panorama audience award.

Gasmelbari’s debut feature chronicles the seemingly impossible endeavour of a group of veteran Sudanese filmmakers to revive an old cinema in Khartoum. Both a discerning look at Sudan’s forgotten cinematic heritage and an intelligent, incisive criticism of Omar al-Bashir’s decadent administration, Gasmelbari delves into treacherous waters, exposing the growing frustration with an incompetent regime surviving on life support.

Hints of the public disquiet to come can be traced here: the crumbling system at the heart of the filmmakers’ struggle is too dysfunctional to continue.

This is all conceived with plenty of humour and compassion – a particular scene involving the awkwardness of a loud prayer’s call amid a film screening was one of the most side-splitting moments of the entire festival - by a filmmaker confident in both his command of the mise-en-scène and his effortless rapport with his characters.

Talking About Trees is the rare Middle Eastern crowd-pleaser: a film with a big heart and defiant politics that establishes Gasmelbari as one of the hottest new talents in the region.

The Berlinale’s new Italian artistic director, Carlo Chatrian, will certainly have a tall order in restoring confidence to the festival’s battered reputation while restructuring a programme too bloated to endure. A culture clash between the new administration and the old German guard seems inevitable.

There are fears that Chatrian’s artistic sensibilities, shown so prominently in the more niche Locarno, may steer the Berlinale into an unfavourable direction. But the abiding sentiment among long-time Berlinale-goers is that whatever comes next, it simply has to be better than this.

Film
Wonder Woman 1984: Hollywood is stuck in the past when it comes to the Middle East
Film
The Undoing: How a tale of murderous class warfare parallels US politics
Hamid Dabashi
Film
Middle East cinema: The seven must-see films of 2020 Film
Qatar's Ajyal Film Festival: The good, the promising and the unspoken