Christmas dinner in Bethlehem: Stuffing and puddings with Palestinian flavours

From kousa mahshi to maa’moul, Christmas meals in Palestine form part of a rich culinary heritage 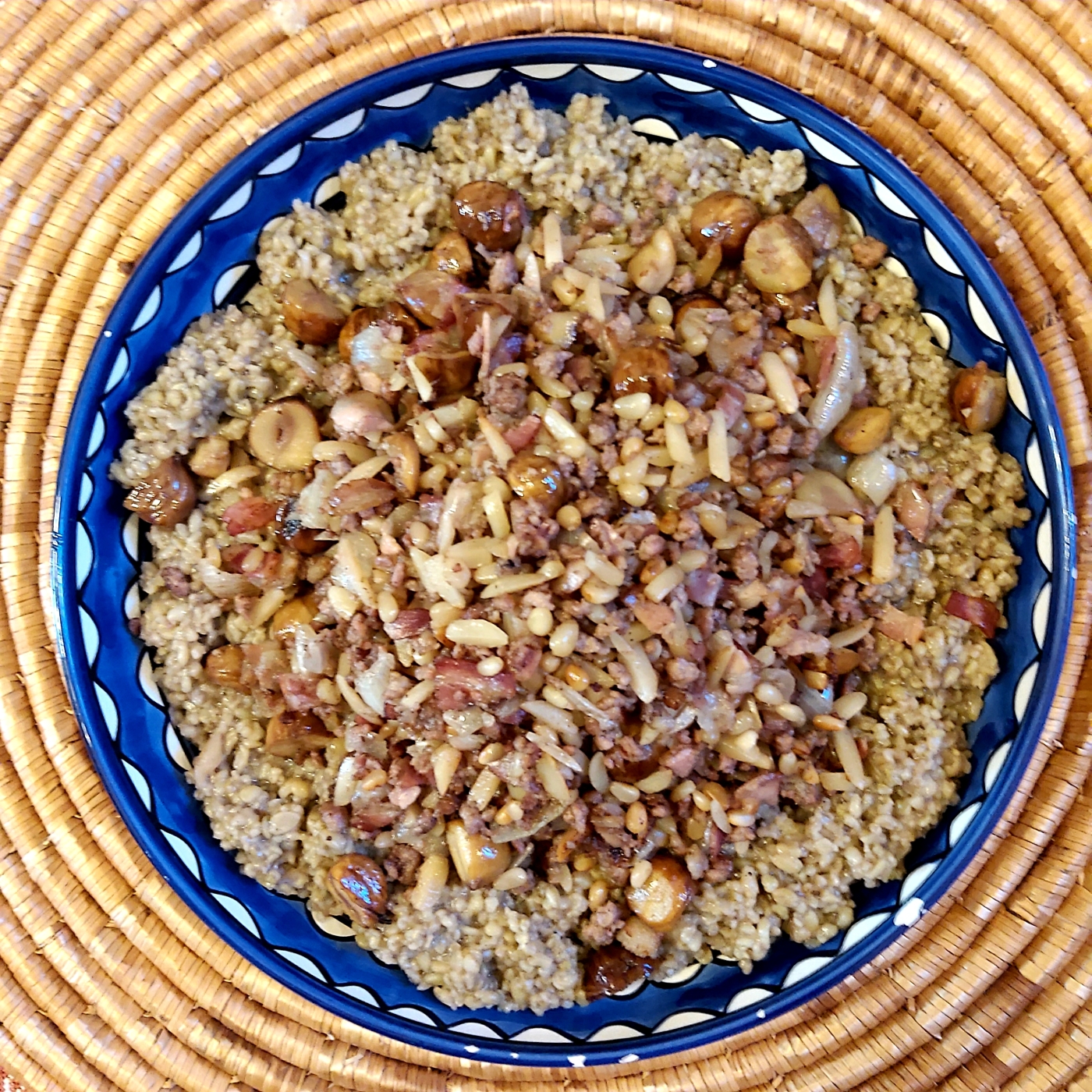 Hashweh, which means stuffing in Arabic, is a mix of rice and minced meat saved for special occasions like Christmas (Fadi Kattan)
By
Dalia Dawood

Turkey, stuffing, roasted potatoes, and Brussels sprouts coated in gravy. Add some crackers and tinsel into the frame and you have the traditional picture of a Christmas lunch – in the western world, at least.

But what does a traditional Christmas meal look like on a Palestinian dinner table? In Bethlehem in the occupied-West Bank, the birthplace of Jesus, the food traditions that Christian families and businesses follow over the festive season are different and reflect Palestine’s rich cuisine and culture.

Nisreen Zeineh, who lives with her husband and three sons in the Anatreh quarter in Bethlehem’s Old City, serves up a big Palestinian feast for her family and relatives on Christmas Day.

“We tend to have different traditional meals,” she says. “It could be stuffed lamb neck or stuffed vine leaves and courgettes, or qidreh.” The latter is a dish from Hebron consisting of meat cooked with chickpeas and rice in a broth infused with garlic and spices.

Kousa mahshi and warak inab – stuffed courgettes and vine leaves – is a staple Palestinian dish often served at gatherings and festivities and also a favourite at Christmas in many Palestinian households.

“I do this specifically for the holidays because it is a day of joy where the whole family is gathered,” Zeineh explains.

The stuffing includes a flavourful mix of rice, minced meat, herbs, and spices, including pomegranate molasses, cumin, and turmeric. The mixture is often topped with a tangy tahini sauce and is slow-cooked.

This year, however, Zeineh is cooking another family favourite: lamb ribs filled with rice and minced meat stuffing known as the king’s crown or taj al-malek.

“It’s another traditional Palestinian dish that we adopted for Christmas because it represents joy and celebration; these dishes and sharing food are part of our culture.”

The religious celebrations in Bethlehem take place on Christmas Eve and Christmas Day, the former including a procession as the Latin patriarch of the Catholic Church, Pierbattista Pizzaballa, travels from Jerusalem to Bethlehem, where he is greeted by crowds ahead of the mass service at the Church of the Nativity in Manger Square.

Zeineh and her family attend the service and the midnight mass, after which they meet with friends and family for cheese and wine.

In Fadi Kattan’s home these religious events centre around a table of food similar to that his late grandmother would make on Christmas Eve.

“We would have lots of pastries like sambousek and sfeeha,” says Kattan, a French-Palestinian chef who has a restaurant, called Fawda, and a guest house, called Hosh al-Syrian, close to the Old Town of Bethlehem.

And they also always have hashweh, which means “stuffing” in Arabic. This is the previously mentioned rice and minced meat filling used in vegetables, vine leaves, or cuts of meat – but it works as a dish in its own right on Kattan's family table.

“My grandmother would add chestnuts to it,” he says, and he includes the recipe in his own Christmas menu at his restaurant, along with other seasonal dishes.

Kattan offers a modern take on Palestinian food culture at Fawda with dishes that are rooted in traditional flavours. For example, his version of mussakhan – roasted chicken with sumac, red onions, and taboon bread – is transformed into a chicken liver pate with an onion sumac jam.

“What you’re getting are Palestinian flavours but it’s not a traditional mussakhan, it’s an interpretation of it.”

He also makes the most of seasonal produce on his Christmas menu, but with an unmistakably Palestinian taste. For one dish, he roasts a whole squash that is marinated in za’atar and olive oil and scoops out the filling to make a creamy fondant.

Dessert is, of course, a key feature of Christmas food in Bethlehem. Palestinians love to indulge in sweets or halawiyat, the ultimate festive treats.

At Zeineh's , ghraybeh is popular, a Middle Eastern biscuit made out of flour and sugar and bejewelled with pistachio or almond, often accompanied on a platter by its sweet cousins: spiced cookies, dates filled with almonds and dried figs.

Kattan and his family have more traditional sweets such as ka’ak and ma’amoul. These shortbread semolina cookies are an essential part of the Palestinian Easter and Muslim Ramadan celebrations and are increasingly shared at Christmas, too. The former is a circular biscuit with a hole in the middle - the ring shape is said to symbolise Jesus’s crown of thorns - while the latter is a cookie containing either a date-paste or crushed pistachio filling.

They also have Christmas cake: a fruit cake with local dried fruits such as figs, apricots, and cherries and an abundance of spices - including cardamom, ginger, nutmeg, and allspice - which he serves at Fawda. “I cook my grandmother’s cake according to her recipe and I change nothing,” he says nostalgically.

Kattan has not been able to serve the cake or any dish at Fawda for two years because of the Covid-19 pandemic. An area that usually thrives on tourism, particularly over Christmas, Bethlehem has seen no visitors since early 2020. Many businesses, including Kattan's, have remained closed. “We closed in March last year and sadly until today we are unable to reopen.”

As a result, Kattan will not be celebrating Christmas in Bethlehem this year, and instead, he will be spending it with family in Europe. “I thought it would be easier to be away because it’s quite painful… I miss my restaurant and the hubbub of Christmas there. We would usually be very busy with lots of families booking their Christmas lunches with us.”

“The Christmas atmosphere is usually so bright and delightful at this time of year, so it’s sad that there will be no tourists,” says Zeineh.

Despite this, Christmas in Bethlehem will carry on in Palestinian kitchens as people from other towns such as Nazareth and Haifa continue to visit for the ceremonies.

“These religious celebrations have always happened for the past 2,000 years," says Kattan. "The wars, the natural disasters, the occupation or even the pandemic – nothing has stopped Christmas from happening in Bethlehem. This is where it all started.”

Editor's note: This article has been amended to reflect the correct spelling of Nisreen Zeineh's name Christmas
This Christmas, here are seven things Palestinian Christians need you to know 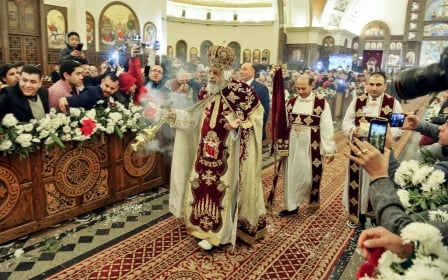