Eco-friendly worship: The ways some Muslims are protecting the environment

From using sustainable water sources to renewable energies, mosques across the world are looking to combat climate change 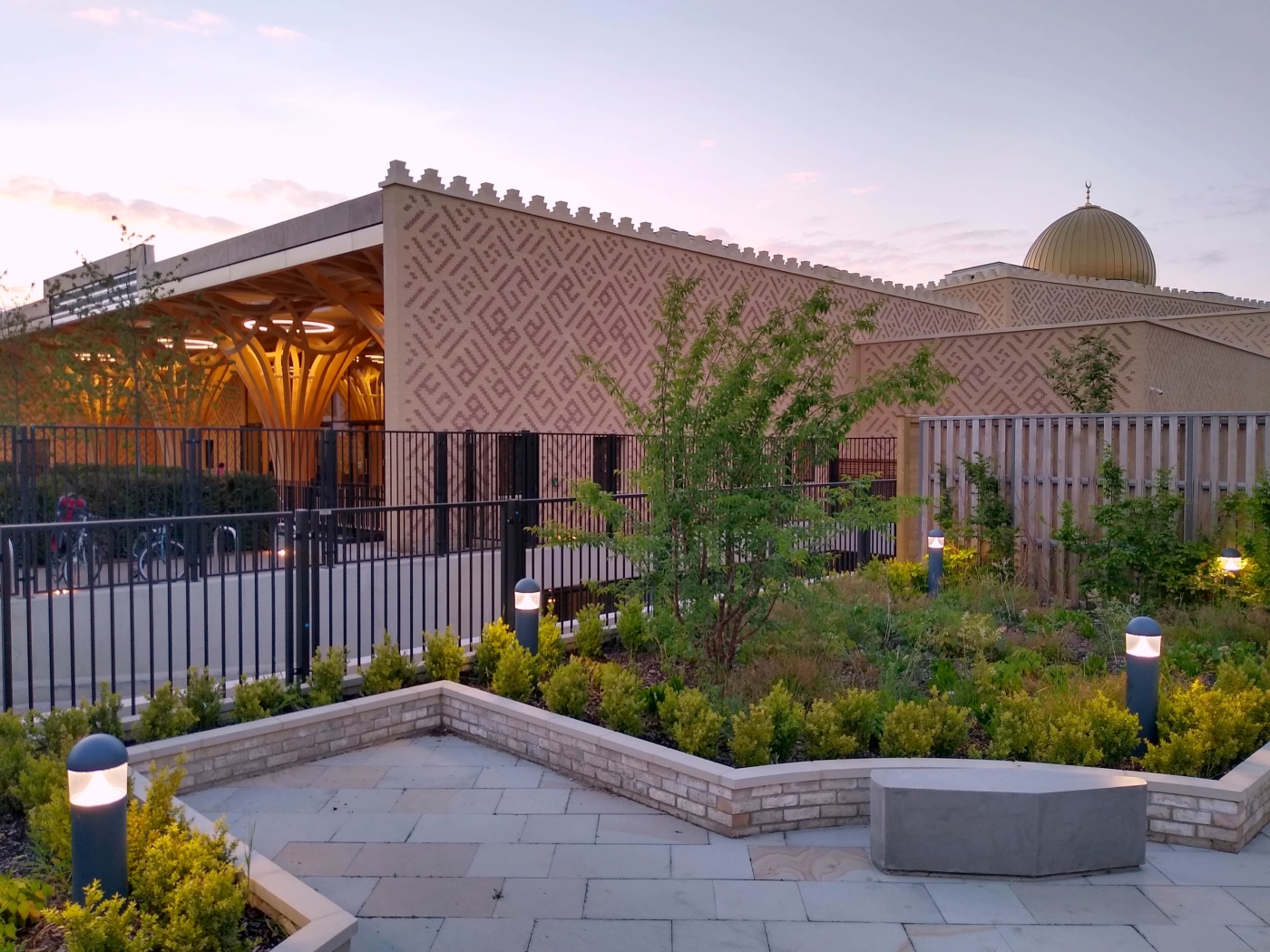 When it comes to climate change, many Muslim-majority states are leading the way for all the wrong reasons.

Based on per capita data, Gulf states are among the world's worst polluters thanks in part to lavish consumption of fossil fuels through petrol-guzzling cars and air conditioning units. 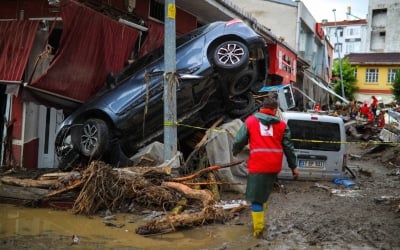 As the consequences of climate change become apparent, it's becoming increasingly clear that runaway temperature rises will have existential consequences for the Middle East.

The threat takes the form of crop failure, as well as temperatures that will make ordinary life impossible, among other.

Many Middle Eastern countries are signatories of the Islamic Declaration made in Istanbul in 2015 to work towards building a low greenhouse gas emission future, and are taking clear steps towards renewable energy strategies.

For many Muslims, the duty to combat climate change lies not only with the state but also on themselves as individuals.

Protection of the environment is an ethical imperative established from the earliest days of Islam.

One hadith or narration attributed to the Prophet Muhammad says: "The earth is green and beautiful and Allah has appointed you his stewards over it."

To that end many Muslims are designing mosques with the environment in mind so that acts of worship do not contribute towards harming the planet.

Here Middle East Eye looks at other techniques Muslims across the world are using to combat climate change.

The power of the sun

Morocco, which hosted COP22 in 2016, has an estimated 50,000 mosques around the country. Ahead of the event in 2014, it pledged to incorporate eco-designs, like solar panels and LED lighting into its existing mosques starting with 600 under the Green Mosque project. The initiative is a collaboration between the country's Ministry of Religious Affairs and the German government.

So far more than 890 mosques have already been modified to be more energy efficient,  and one purpose-built eco-mosque has been so efficient, it's become an energy-plus mosque, which means it has created more energy than it consumes.

They include the historic 12th-century Jami’a al-Kutubiyya in Marrakech, which had solar panels added to its structure in 2017.

An hour south of Marrakech in the small village of Tadmamet is Morocco's first purpose-built eco-mosque with photovoltaic solar-power panels on its roof.

Built in 2017, the mosque is now producing more energy than it consumes and also provides electricity to other parts of the village that has a population of 400 people.

Given the North African state's location within the Sahara, with its plentiful sunshine, solar energy is becoming an increasingly important source of electricity.

Like Morocco, Jordan hopes to use its sunny climes to help steer towards renewable energy.

The Masjid Abu Ghuweileh in Amman’s north-western Tla al-Ali neighbourhood was one of the first to use solar panels in 2018. A year later around 500 mosques were running on solar power.

The aim is to make sure most of the country's mosques and churches move towards a more sustainable method of energy consumption, and is part of a wider initiative to become carbon neutral by 2050.

Trees, plants and greenery carry a signficant symbolism in Islamic tradition, featuring heavily in descriptions of heaven. In the Quran, paradise is described as a garden whose rivers are flowing and "fruits will be everlasting".

Across Islamic history, various kings and rulers have sought to beautify their palaces with gardens and mosques too have sought to incorporate greenery into their surroundings.

In Turkey, trees feature abundantly in mosque courtyards, especially the cinar tree, which is planted to add calmness to the experience of worship.

The Cambridge Mosque in the UK has carefully designed its garden to reflect Islam's respect for all living things. It's the first purpose-built eco-friendly mosque in Europe, and has won an award for outstanding architecture. Its design intends to connect the faithful to nature as the wooden beams that make up the mosque's structure spill out into the forecourt where crab apple trees line the path.

The mosque's roof is planted with sedum, a flowering perennial plant, which increases biodiversity and improves insulation.

The mosque also has photovoltaic panels on its roof, working to generate a third of its energy needs.

The first mosque in Europe to be designed with a specific focus on sustainability, it has an impressive list of environmentally conscious features.

Underground heat pumps moderate temperature inside the mosque, so the internal temperature is always regulated. Energy-efficient LED lights are used in the evenings and work using motion sensors, so they are never consuming energy needlessly.

The underground car park is equipped with charging points for electric vehicles and there's a large bike rack for up to 300 bicycles.

Opened in 2014 and billed as the first environmentally friendly mosque in the Islamic world, Dubai’s Khalifa Al Tajer Mosque employs systems to cut down on water waste.

The average person uses six to nine litres of water while making ablutions, or wudhu, which is an obligatory rite that precedes the five daily prayers.

The Prophet Muhammad advised being careful with water usage, especially when washing for prayers.

In 2012 a group of students from the UAE won an award for designing a way to recycle wudhu water.

Their method redirects water used by worshippers during ablutions to water tanks, which are then used to nourish plants and landscape surrounding the place of worship.

The mosque also uses water restriction techniques in taps to cut down on the amount of water wasted during wudhu.

As well as solar panels, some architects are looking at ways of incorporating wind turbines into mosque minarets.

German-Turkish architect Selcuk Unyilmaz aims to marry the ecological with the sacred in his designs and made a proposal in 2011 for an eco-mosque in Norderstedt, close to Hamburg in Germany.

It featured 1.5-metre glass rotor blades secured within the building's 22-metre high minarets – with a view to generating a third of the building's electricity.

As of today, the design remains a concept.

Bees are essential pollinators, and a third of the world’s food production relies on bees, both farmed and wild.

Knowing this, the East London Mosque and Kingston Mosque, both based in the UK, started cultivating bees by adding bee-hives to their roof-tops, with one even producing its own honey.

The hives at East London Mosque are managed by a husband and wife team and tourists or curious worshippers can view the bee-hives from a special observation area.

Timothy Winter, dean of Cambridge Muslim College and the chair of trustees at Cambridge Mosque, told one interviewer that he had also wanted beehives but didn’t have enough space.

The idea of environmentally friendly mosques is nothing new - while climate change was not a major concern in early Islamic history, early mosques could all be considered eco-mosques, as they were sourced from local materials using sustainable methods.

In many cases, they were built to compliment the environment – like the Great Mosque in Timbuktu, Mali. The mud walls and small windows also helped to keep the building cool amid the Sahara's heat.

Another early eco-design was the introduction of the traditional mosque dome. Its purpose wasn't aesthetic alone, but it also served an important function in terms of temperature regulation.

When a dome gets heated by the sun its concave shape draws air from inside the mosque and releases it, naturally cooling the space within. 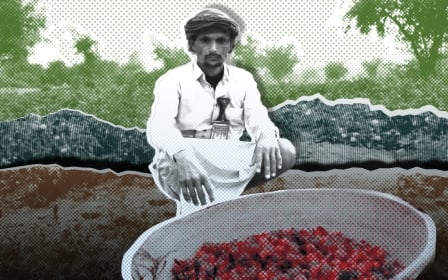 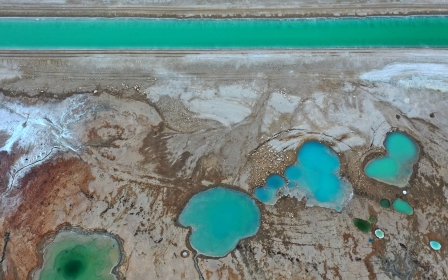 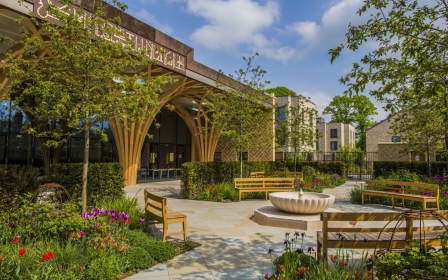 Religion
'A balm for the soul': How we made the Cambridge mosque garden