With sometimes less than three hours of electricity a day, life in besieged Gaza is tough, but Majd al-Mashharawi wants to change that 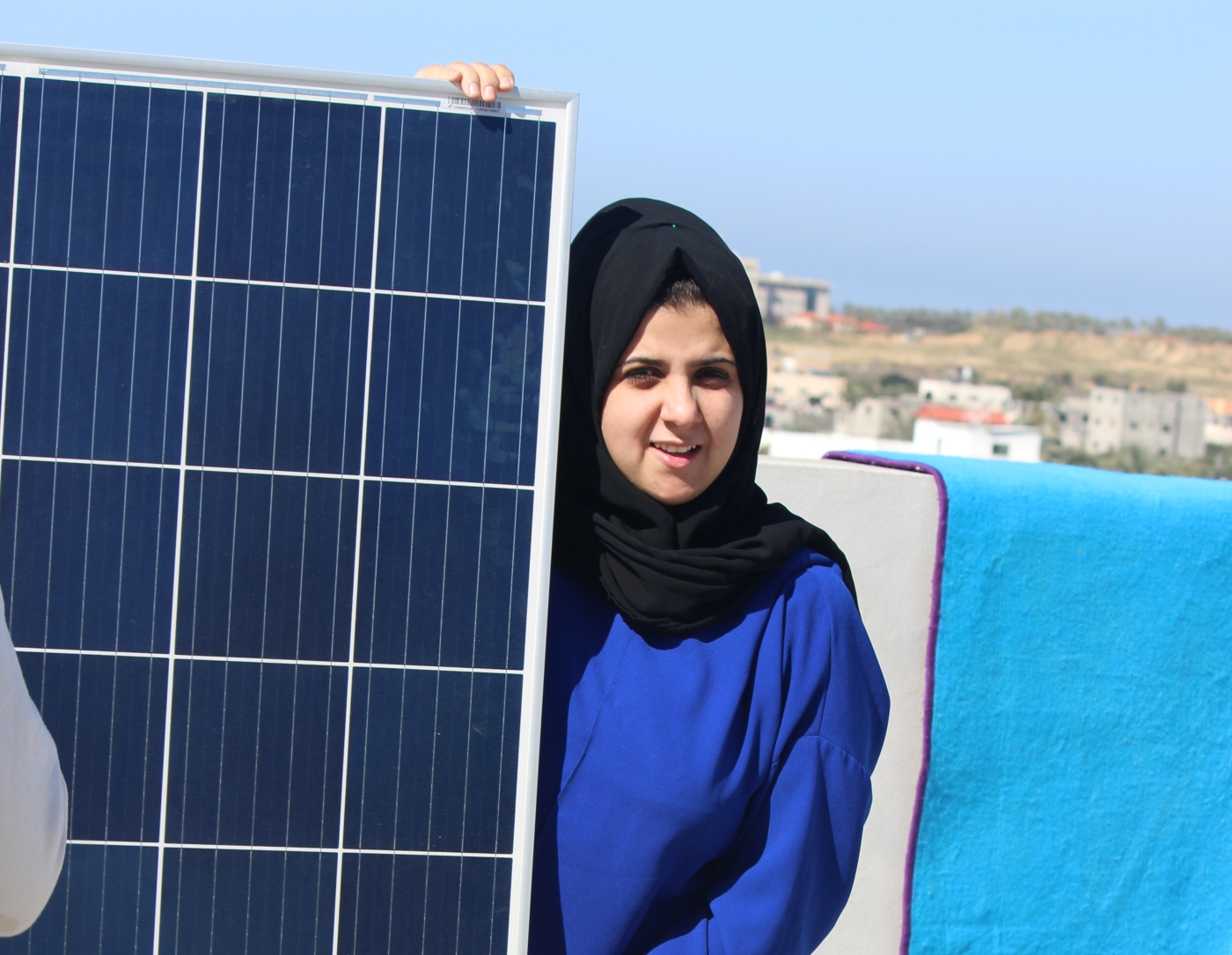 Having no extra money to take a taxi or ride a bus has never stopped Samar from getting her child to the hospital - it was a matter of keeping her son alive.

Walking under Gaza's blaring sun or having to contend with stormy weather was just what she had to do.

'Now, I don’t have to worry every day whether I can go to the hospital'

Because of a lung condition, Samar’s son, aged nine, had to undergo daily oxygen treatments. Doing them at home was risky, as the electricity was too unreliable to trust it with a matter of life and death.

Then in June last year, Majd Mashharawi, a Palestinian energy entrepreneur, installed a prototype of the solar power system she has pioneered into Samar's home.

“Now, I don’t have to worry every day whether I can go to the hospital,” Samar, who did not want to use her full name, said. “I do not have to run anymore to be on time.”

The civil engineer is the CEO of Sunbox, a three-component system that is made up of a solar panel, a generator, and a battery, and is marketed as a sustainable and affordable solution to Gaza's energy crisis.

"We did not invent the technology, we adapted it to the demand of the families. We assembled each part of the system from different manufactures and asked for few modifications."

With Sunbox installed, it allowed the hospital to set up an oxygen tank in Samar's home, giving her the freedom of no longer having to walk her son to the hospital for treatment.

According to Majd, the system is about using the resources that Gaza has in abundance, such as sunlight. An important part of what the business does is to educate the families "about solar energy and how to use it within each package we provide".

And the Palestinian businesswoman has just had some good news. SunBox was awarded a tender from the aid organisation Action Against Hunger to install photovoltaic (PV) solar systems for 10 desalination plants over Gaza Strip.

"This is a huge project that will allow the company to scale up and reinvest part of the revenues into solar systems for families," an excited Mashharawi tells Middle East Eye.

It's a reward for hard work and determination for the young businesswoman, who first made a name with a project using the adversity faced by Gaza, under an Israeli-imposed siege for 12 years, to find energy solutions for its struggling population.

Her first project, “Green Cake”, sought to turn wood and coal ash into construction bricks. The plan was to rebuild the structures destroyed in the last three devastating Israeli assaults on Gaza.

Though they created almost 30 jobs, built just under 40 buildings and sold over 50,000 blocks, the project struggled to maintain its market in Gaza.

“We had to cut the price by 50 percent,” Majd tells Middle East Eye. “There is demand in Gaza but people just can’t afford it. We couldn’t sell the blocks like we’re selling Sunbox.”

She has now expanded Green Cake’s market by looking towards buyers in Dubai and the US, but Majd is convinced that Sunbox will be more successful.

“It means they can’t treat their sewage and they can’t pump water to parts of the Gaza Strip. They can’t keep the desalination plant running. And Israel knows that,” said Michael Lynk, the UN special rapporteur for the Palestinian Territories.

Since Hamas took control of the Gaza Strip in 2007, the Israeli military has enforced an illegal blockade of all land, air and sea crossings, leaving more than two million people trapped inside.

In the 2014 war on Gaza, Israel shelled the power plant again, on a heavy day of bombardment and fighting that killed at least 100 people.

The wars and siege have left Gaza dependent on the limited energy supplied by the West Bank’s Palestinian Authority (PA). However, due to a decade-old power struggle with the PA's ruling Fatah party, energy has become a political weapon. The PA pays Egypt and Israel the import costs on Gaza’s fuel but, since 2017, they have missed crucial payments.

This leaves Gaza in a state of "economic hunger", he adds.

This political tug of war has crippled Gaza’s electricity infrastructure. Though a recent injection of Qatari fuel has seen energy hours hit highs of 15 hours a day, three to six hours is a more common average.

According to Majd, it has been difficult to run a successful business in a place where the annual GDP per capita is just $1826.

Yet according to her market research, 52 percent of middle-income families would be willing to pay up to $400 for a Sunbox system. Her projections for the business are promising, as is the company’s business model.

In the last quarter of 2018, they had installed over 80 systems across Gaza, giving electricity to 800 people, and the number is rising. "Now it is almost one thousand people. We provided for houses, small business and big companies."

Since winning the tender of an international Spanish NGO, which she prefers not to name, she expects to hit revenues of $400,000 in 2019. For 2020-2021, she expects a healthy $1m by penetrating markets in the West Bank and South Africa.

Set up as a hybrid company, Sunbox channels 20 percent of money from its “for profit” wing, where it tenders larger installations to NGOs and local institutions, to subsidise installations for low-income families.

To date, they have built systems for a commercial mall in Gaza called Alulu and the transportation company Abu-Olba. The 20 percent earned from these tenders feeds healthy discounts to families in the Strip, sometimes even up to 100 percent of all costs.

“Many families I’ve seen them change just from having a solar system installed. You are giving light, you are giving hope for these people,” Majd said.

Solar energy is not a new concept for solving Gaza’s electricity starvation. In 2018, the EU completed the construction of the largest solar field in Gaza which, by 2020, is expected to operate a desalination plant and provide 250,000 people in the south of the Strip access to clean water.

Large-scale projects like this are often suggested, but for electricity in residential homes, it’s unlikely that a field that is large enough to supply the needs of every household could be built.

“I don’t think you can build one big enough that would meet all of  Gaza’s energy needs. Not even if we had the most green-minded people in Gaza and the most co-operative government in Israel,” said Lynk.

“If you could build a number of large solar farms you’d only be looking at 15 percent coverage [of] what’s needed.”

Majd’s solar package not only scales down the benefits of a larger solar farm, it is also comparatively inexpensive.

The cheapest model runs at $350 and allows a family to charge laptops and phones, run small electricals, and have light for up to 12 hours per day.

The second starts at $600 and does the same but can supply up to 20 hours and power large appliances such as refrigerators. Majd said that the company can provide as many combinations of batteries and generators as needed with an increasing price structure.

One of the main attractions is the payment system, where households can spread the cost of the device over a number of years. The company also allows families to buy one panel, one battery, and add more later.

The driving force behind the flexible approach is a solution to an electric grid which is dependent on politics.

“We wanted to keep it totally independent from the grid,” Majd says. “It’s ridiculous, it’s getting worse: Israel targeted the main power plant in Gaza to put pressure on the government. We want people to be independent of these political issues.”

Politics and electricity are inseparable in the Gaza Strip and Hamas is left to rely on power lines from neighbouring Egypt and Israel.

In August last year, Qatari-bought fuel was transported to the Strip, which alleviated the darkness. A high of 15 hours of electricity per day was seen in November.

According to Miram Marmur, international media coordinator at the Israeli human rights organisation Gisha, the “arbitrary” closures of crossings into Gaza further exacerbate the ability of Gazans to access the fuel to power the plant.

It’s not only fuel that is restricted for import into Gaza. There are punitive closures of Kerem Shalom, Israel’s main commercial crossing.

“When Israel did this just last week, we heard from the owner of a textile factory who does business with Israeli companies. A whole shipment of his textiles couldn’t exit the Strip,” said Marmur.

“Every day these things happen, it makes it more difficult for Gazans to develop business relationships and trust. They can’t promise that they’ll be able to provide what they’re providing.”

A shipment of Majd’s solar panels was stopped at the Kerem Shalom crossing last year. They were coming from Asia and had a total value of more than $8,000. The batteries that Majd uses can be considered of “dual use” and subject to additional checks and restrictions, making their import problematic.

“We always knew that it would not be easy and that everything is related to politics here. We knew if we needed to do anything we would have to go through very bureaucratic procedures,” Majd said.

Even on the day of the Israeli elections, the crossing was closed. “Well, complications are on everybody, not only on us,” she said. “Our coming shipment is now postponed ‘til next week.”

Traditionally seen as a male-dominated industry in Gaza, many were surprised at Majd’s choice to become an engineer. Success has not been an easy road.

“It’s very hard to be the first. If you were a man, everyone would clap for you,” she said.

Yet she remains hopeful of how small businesses can transform lives.

“People see the rewards and they believe in what you do. Not NGOs, not organisations, not foundations. When you give people salaries, their lives will change,” she said.

'When you give people salaries, their lives will change'

The Great March of Return protests happening at the crossings have affected Majd’s ability to import needed parts across the border fence. She explains, "If something politically happens, it will affect everyone, not only us."

More than 240 Palestinians, including 41 children, have been killed by the Israeli army since the protests demanding an end to the siege and the return of refugees to their homes in Israel began last March.

“If those young people had dreams, they wouldn’t throw themselves at the border where you could lose your head, lose your leg or lose your arm,” she said.

Majd believes young Palestinians in Gaza needs economic opportunities and employment that is denied by the siege - the lack of a future means they currently have nothing to lose.

“I asked one of the boys: ‘Why are you doing this?’ He said: ‘Do you have something better to give me?’ I can’t ask people to stop writing ‘we hate, hate, hate’ on their Facebook and to write 'I love, love, love' without giving them an opportunity.” 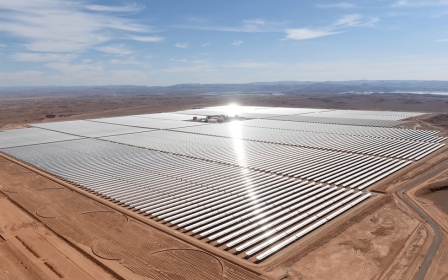 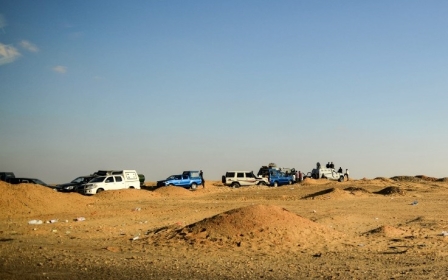 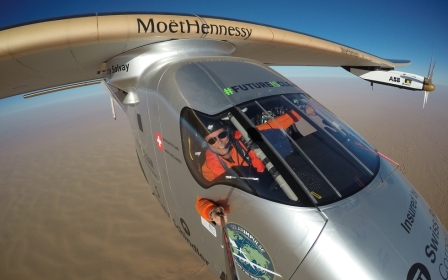