Plays from the Middle East are now available worldwide, with English subtitles 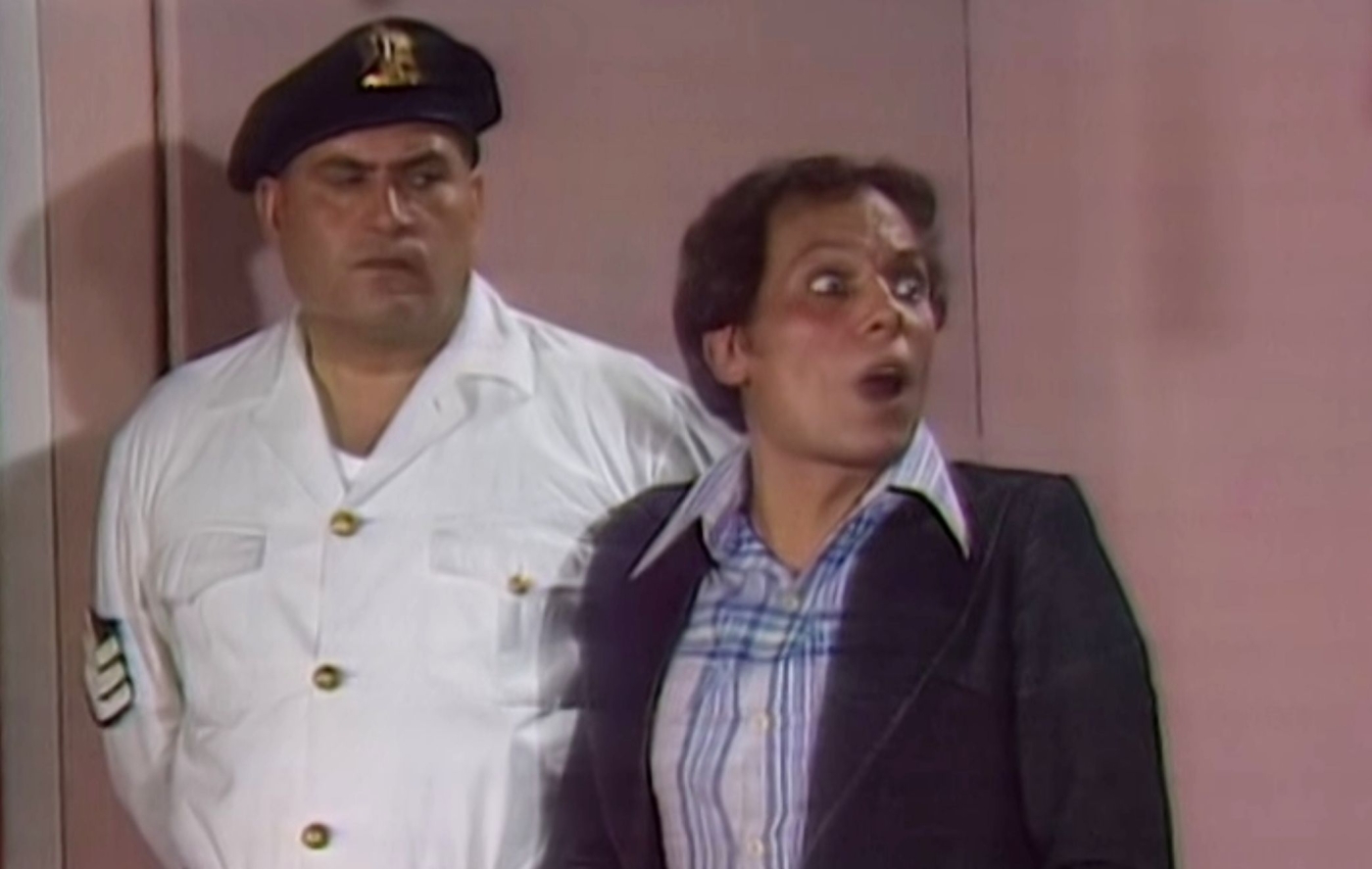 Starring Adel Imam, The Witness Who Didn't See Anything is one of the Egyptian plays now streaming on Netflix (Screengrab)
By
Nashwa Gowanlock

Digital streaming services have become cultural lifelines during the coronavirus pandemic, as theatres worldwide shut and households lock down. Now Netflix is launching its Arabic Nostalgia series in time for the Muslim holiday of Eid al-Fitr, to showcase the best of comic Arab theatre.

Plays from the Middle East often fly below the radar and are not as well known beyond the region as television, cinema, music and literature.

Stage plays in the Arab world date back to the 19th century, with other traditional dramatic forms such as puppetry practised for hundreds of years. It was only after the Second World War that plays really took off, as Roger Allen writes in An Introduction to Arabic Literature. By this point, the difference between the “essentially common fare that is expressed in the spoken language of the audience” and “the more serious literary intentions of those who aspire to a higher form of art” was already apparent.

Arab theatrical comedy falls into the first of these groups. But while not classed as high art, the best of these comedies have stood the test of time, appealing to generations thanks to recordings that continue to be broadcast on regional TV and distributed through DVD.

Beyond the Arab world, these comedies are harder to find, especially with English subtitles, which the Arabic Nostalgia season will include (Netflix in English-language territories will carry a smaller range of features than its Middle East and North Africa counterpart).

The fare is unashamedly crowd-pleasing, reflecting the shows’ popularity. At home, these performances provide the focus point for many a family outing, as fans of all ages hang around backstage afterwards to try for selfies with the actors.

Simply mention El Eyal Kebret (No Longer Kids) to someone from the region and you’re likely to elicit a grin: the 1979 Egyptian play is known across the Middle East, its script part of the regional lexicon.

One liners such as, “Why didn’t you get him the red ones [pyjamas], Zeinab?” - a reference to a scene when a cheeky son offers his mother tips on how to spice up her marriage – are used in casual conversation as a sign of a quick wit.

As with much culture from the Middle East and North Africa the list is dominated by work from Egypt, the region's most populous nation. That said, there is fare from further afield, such as The 50-year old Teenager, and Bye Bye, London, from Kuwait.

Here is a round up of some of Egypt's favourites. 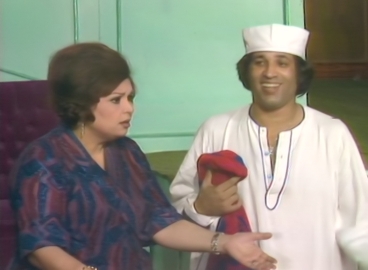 Directed by Samir Al Asfory, No Longer Kids (El Eyal Kebret, 1979) is possibly the most popular of the list. It stars comedy giants Saeed Saleh and Ismail Yassin, with Hassan Moustafa and Karima Mokhtar as the hapless couple whose relationship is on the rocks.

The story is set in a family living room as the disgruntled father, Ramadan al-Sokkari, heads off to an apparent business meeting but leaves his briefcase behind. His rebellious teenage kids break into the case and find a love letter detailing his plans to run off with a secret mistress.

The revelation eventually brings together the four siblings, each with disparate yet stubborn personalities, as they try and save their parents’ marriage.

One of the play’s highlights is when the sister and her three brothers attempt to plan a confrontation with their father. After spending an age trying to get everyone to settle, the meeting descends into farce as the youngest brother fails to understand the classical Arabic form his upstanding older brother uses. The latter, who tried in vain to organise the conference, eventually resorts to delivering a sarcastic version of his same speech in street slang, in a frustrated attempt to get them all to communicate.

2. The School of Mischief 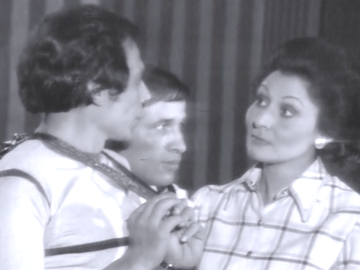 Inspired by To Sir, With Love, a 1967 British film starring Sidney Poitier, The School of Mischief (Madrast Al Mushaghebeen), released in 1973, follows a class of misfits at a boy’s secondary school who end up being taught by Effat, a female teacher (Suhair El-Babli), after they have driven every other candidate away.

The five students - notorious for their bad behaviour and forever failing to graduate - excel at their efforts to disengage Effat, deliberately misunderstanding her instructions and surreptitiously smoking shisha in class.

Things eventually come to a head - but rather than quitting, Effat decides to conquer with kindness. Her patience moves the students to an emotional attachment which they confuse with romance, as each tries to woo her in their own way.

The School of Mischief was so popular that it proved to be a big break for actors including Adel Imam, Saeed Saleh, Younis Shalabi, Ahmad Zaki and Hassan Mostafa, propelling several to big screen fame. 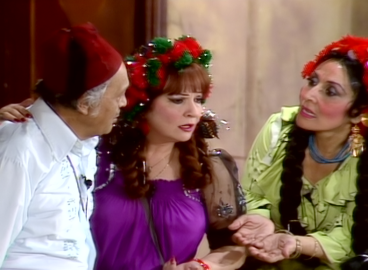 Based on a true story, which has been the subject of several films and books, this 1984 production offers a romanticised reading of the lives of female serial killers Raya (Shadia) and Sakina (Suhair El-Babli), who lured women from the streets of Alexandria during the early 20th century, stole their jewellery, then murdered them and hid their bodies. Those they didn’t kill would be forced to work in their illegal brothel.

In the play, the murderous pair display a beauty and tenderness not usually associated with the historical narrative. In separate scenes, the two women sing provocatively to their prospective suitors, played by Abdel Moneim Madbouly and Ahmad Bedair, whose character is a policeman oblivious that his sweetheart Sakina is part of a killing apparatus.

The real Raya and Sakina were not so soft - together they killed at least 17 women between 1920 and 1921 before they were eventually caught and hanged. 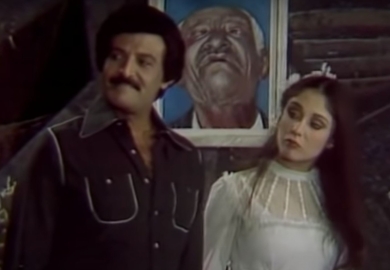 Class differences are the focus of The Married Couples (Al Mutazawigoon, 1981). The play opens with an elaborate street wedding scene, replete with an orchestra of horns and percussion instruments. In walks the bride, Lina, (Sherine) with Hanafi (George Sidhum), her stand-in groom: it's a spectacle designed to protect Masoud (Samir Ghanem) from being hung to dry if his aristocratic in-laws discover their effective elopement.

But little does Lina know that Masoud secretly intended to raise himself up through the ranks of society by using his marriage.

The silky-sweet Lina revels in the labours of working-class life, discovering a passion for cooking and even cockroaches, which she decides to keep as pets. Meanwhile Masoud longs for the day when she will go crawling back to her family for help, pulling him up the social ladder as she does so.

But Masoud's old friend Hanafi, who works with him in the city’s sewage industry, is more moral. In one scene, he rants against the social injustices faced by the poorer classes: “We all must say no. No to injustice, no to exploitation, clout, favouritism, bureaucracy... No, no and a thousand nos.”

5. The Witness Who Didn’t See Anything 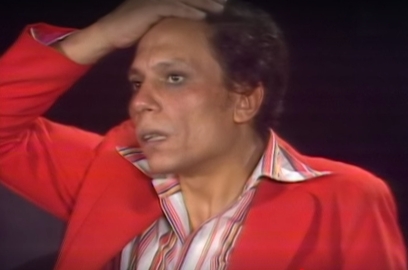 Adel Imam returns to shine in this 1976 production of The Witness Who Didn’t See Anything (Shahed Ma Shafsh Haga) as Sarhan, the luckless loner who ends up embroiled in the court case of his murdered neighbour, a belly dancer, when he is forced by police inspectors to take to the witness stand, despite having nothing to say.

Harangued by the inspectors, the introverted Sarhan (whose name means daydreamer), who works as a children’s TV presenter and until now spent his free time feeding rabbits at the zoo, finds himself forced to confront a killer in court.

Despite the comic overtones of the court scenes, where Sarhan bumbles his way through the trial, the ordeal leaves him so shaken that he slips out of his cowardly skin and lives the decadent life so opposed to his own. Heeding the judge’s advice to let go of his crippling fears, he takes to drinking and chasing women, convinced that it was his spineless character that landed him into a terrifying predicament in the first place.

It takes the police inspector’s children, who visit Sarhan with their father, to remind him that there is more than one way of being, a lesson imparted by all of these highly commendable plays. 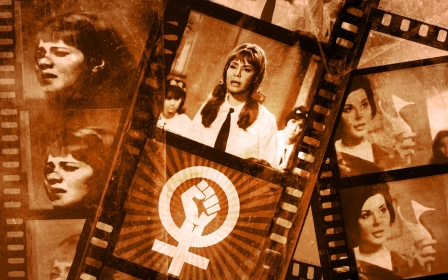 Books
Egyptian cult classics: 11 books that are worth reading