Passage to the Plaza: Sahar Khalifeh gives voice to a generation of Palestinian women

Novelist Sahar Khalifeh records the experience of Palestinians under occupation, focusing on the presence of women in the narrative of the national struggle 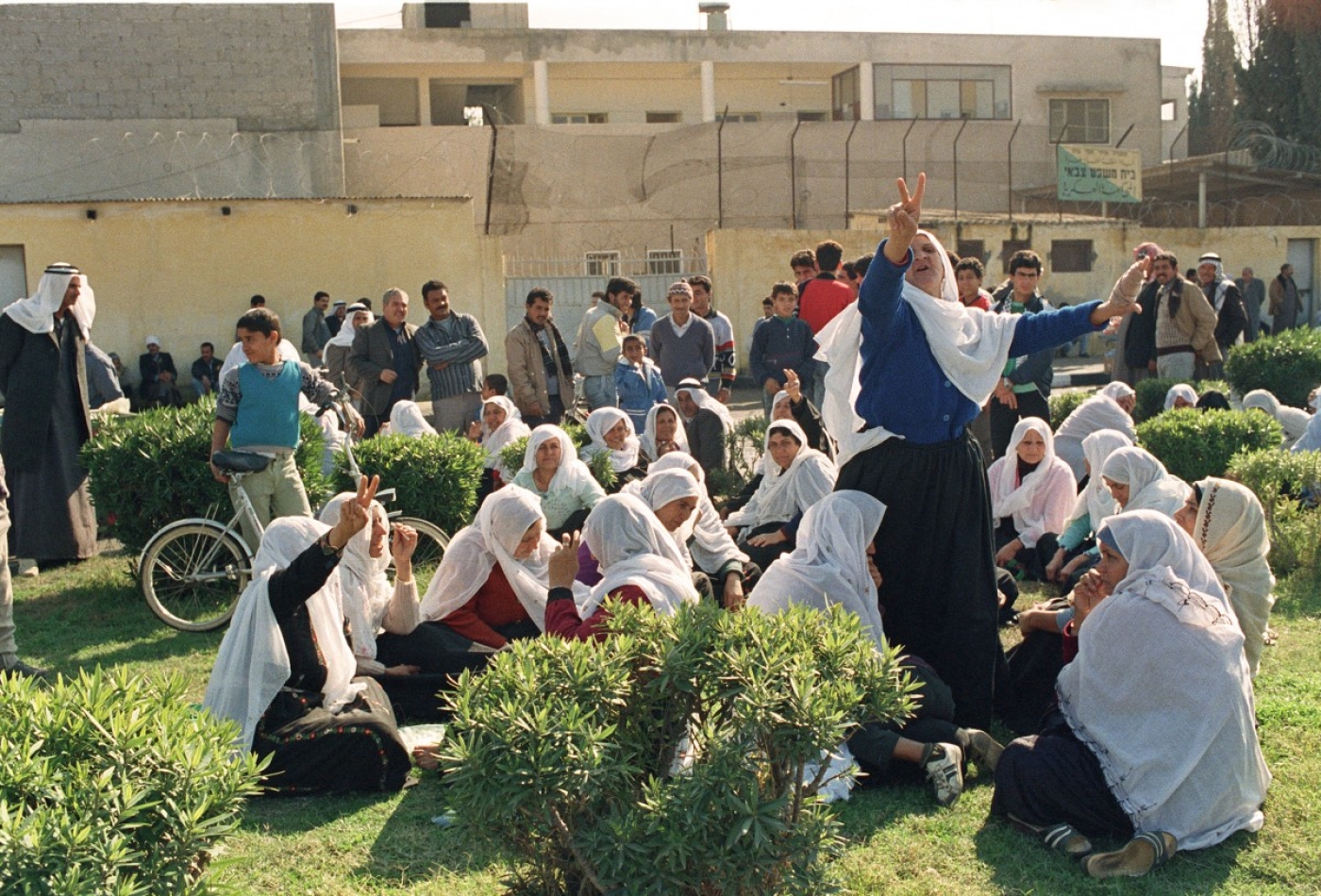 Mothers of arrested Palestinians make V-signs outside a court in Gaza in December 1987, during the First Intifada (AFP)
By
Fehmida Zakeer

“What changes have you seen in women’s lives since the Intifada began?” asks Samar, one of Sahar Khalifeh’s female protagonists in an early scene from her novel, Passage to the Plaza. The young researcher is conducting a survey of local Palestinian women’s experiences of the First Intifada, with frequent clashes taking place between Israeli forces and Palestinian protesters.

In response is the leitmotif that runs through the rest of the book, which aims to record the oft-forgotten role of women in the Palestinian struggle:

[…] women have started throwing stones, rescuing the young men, hiding the militants and are out in the streets protesting … their old worries are still there, and the new ones are too many to count.

Published in Arabic as Bab al-Saha in 1990, at the height of the First Intifada, Passage to the Plaza is the latest of the Palestinian author’s books to be published in English and has since made it into the Arab Writers Union’s “Best 105” of the 20th century and Banipal magazine’s “Best 100 Novels” list.

A renowned Arab novelist, Khalifeh’s body of work includes novels and essays that have been translated into several other languages. Although it would take 30 years for this title to be picked up by an English-language publisher, it has appeared in German, Dutch, French and Italian.

In each of her 11 novels, Khalifeh records the experience of Palestinians under occupation, focusing on the presence of women in the narrative of the national struggle, even as they navigate the patriarchal norms of society.

And since her first book, We Are No Longer Your Slaves, was published in 1974, Khalifeh has won a number of Arab and international prizes, including the Alberto Moravia Prize in Italy, the Miguel de Cervantes Prize in Spain and the Naguib Mahfouz Prize in Egypt. In 1988, she founded the Women’s Affairs Centre in Nablus, which now has branches in Gaza and Amman.

Set in Khalifeh’s birth city of Nablus, Passage to the Plaza is a window into the lives of its protagonists - three Palestinian women with contrasting personalities - during a time of political upheaval. 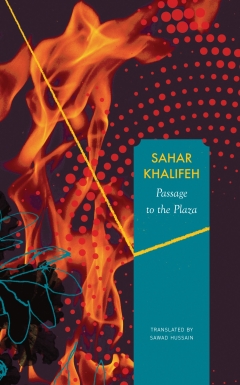 First, there is the middle-aged midwife Sitt Zakia, who constantly murmurs prayers and often calls upon the almighty, using her piety as a protective shield against the violence erupting around her and in her personal life.

Then we have forthright university graduate Samar who works for a local women’s association. And, finally, the courageous Nuzha, an attractive, blonde, blue-eyed woman in her late twenties. Going against the social norms of her culture, Nuzha lives alone in an ancient house in Bab al -Saha, a neighbourhood in Nablus.

Nuzha’s house, with a lemon tree in its front garden, towering windows and a garden tucked away at the back, is a reputed brothel. Not only has she inherited the shameful reputation of her mother, who founded the brothel, Nuzha also bears the brunt of rumours that her mother had been a spy for the Israeli government before she was murdered.

The locals keep their distance from Nuzha’s house, without attempting to investigate the truth behind the allegations.

Ironically, after a sudden curfew is imposed in the quarter, Samar, Sitt Zakia and her nephew Hussam are trapped by circumstances beyond their control in Nuzha’s house - which the older woman initially refuses to enter. The house then becomes the central point from which the readers learn about Nuzha’s story.

It also serves as the vantage point from which the three women take stock of the activities on the street and mount an ingenious offensive against the barrier being built by Israeli soldiers to block the road.

A narrow space of existence

One of the main strands running through the novel is gender inequality, which Khalifeh addresses through her female characters. Both Sitt Zakia and Nuzha are forced to wed much older men, although they eventually manage to escape their marriages.

And despite her education and work experience, Samar is unable to stand up to her domineering family. When Samar is beaten by her brother for staying in Nuzha’s house for nine days during the curfew, while her younger brother stands watching in silence, her frustration is suffocating:

Not the occupation, not the army, not all the demons on earth could grind her to a pulp in this fashion. She was overcome … by a desire to run to the furthest point possible, far from her family and all the pettiness of this world.

Unlike Samar, Sitt Zakia is less resentful of the double standards women face. When her nephew asks whether she received a gift for a baby girl she helped deliver, Sitt Zakia replies “A girl! It was a girl…”, as if no other explanation is needed. Instead of questioning the norms, she is ambivalent: “The burden of a daughter is till you die.”

Though the book is not an autobiographical account, some of the characters and incidents are inspired by the author’s real-life experience

When her sister-in-law wants to leave her abusive husband and asks for her help, Sitt Zakia tells her to “go back home and be a decent wife”, because “people like us, women, we only feel at ease in our own homes”.

Though the book is not an autobiographical account, some of the characters and incidents are inspired by the author’s real-life experiences. Khalifeh revealed details about her own former marriage in an interview with the Iowa Review in 1980: “I was forced to marry him and no matter how much I cried, it didn’t matter. No matter how unhappy I was, it didn’t matter. What mattered was to keep the reputation of the family.”

The marriage had a direct impact on her work, with Khalifeh saying that for several years she felt too suffocated to produce anything creative. It was only after the military occupation in 1967 that she started to write again, in order to present a realistic picture of the conflict through the female gaze. “Because I am a woman I was used to seeing how things expressed in writing were not the same as things I and other women experienced,” she says in an interview with The Women’s Review of Books in 1990.

Khalifeh left her marriage after 13 years and returned to university to continue her studies. She then dedicated her efforts to bringing into focus the jagged paths that women are forced to take when they set out to fulfil their dreams, especially when these dreams do not conform to accepted norms.

Fighting for the country

In her writing, Khalifeh has sought to portray women actively participating in their struggle for existence rather than as passive mourners celebrating the martyrdom of their men.

When it comes to the Palestinian cause, all three women play an active role. At the beginning of Passage to the Plaza, we see Sitt Zakia’s quiet patriotism as she moves past checkpoints concealing her fear, unwilling to bow down to the aggressive tactics of the soldiers.

She slips along the lanes and roads, taking her syringes and needles to heal the injured while also quietly warning masked fugitives hiding in the shadows about the presence of soldiers.

Even Samar, who doesn’t resist her brother’s violent attacks, is capable of striking a soldier who storms into Sitt Zakia’s house during a raid, and has no qualms in “bringing down the wooden plank in her hand on them”.

However, for Nuzha, the larger violence happening in her country is secondary to the aggression she experiences from society as a whole.

She chooses to conceal her patriotism and, even though she participates in protests, she dismisses the resistance movement as “… all about running, throwing rocks, jumping over walls, dragging garden hoses. Nothing but child’s play.”

In one of several examples of her mock-irreverence to the nation, Nuzha spurns Samar’s questions about the occupation:

I’m fed up with the Intifada, women and people in general!… After what’s happened to me, I couldn’t care less about anyone else or what happens to them. I don’t give a shit.

Nuzha’s character is so strong that the translator of the novel, Sawad Hussain, says she found her dialogue the most difficult to translate. “I don’t know anyone as brash and rash as Nuzha … and she also liked to swear a lot,” Hussain tells MEE.

Keen to capture the nuances in the original text, Hussain struggled to ensure she wasn’t stereotyping the character: “I haven’t really focused on one character in any of my translations as I have done for Nuzha, but her voice carried the book and if I didn’t succeed in capturing it accurately, then the translation would not succeed.”

'My story is one of many': The Palestinian women behind the First Intifada
Read More »

But what makes Passage to the Plaza stand apart from the rest of Khalifeh’s novels, in addition to showcasing some of her strongest writing, is the timing of the Arabic book’s release, published at the height of the Intifada.

At the time, Hussain adds, Khalifeh faced criticism for writing about domestic violence perpetrated by Palestinian men who were also fighting for their nation, and also for giving weight to the participation of women in the Intifada.

“We get to see from the book that women are not just fighting the greater oppression of the Israelis. They are also fighting against patriarchal figures inside their homes - husbands, fathers, brothers - while simultaneously also performing their domestic duties - washing, cooking, raising children - managing it all,” says Hussain.

This, we discover, is deliberate, as she herself writes in an excerpt, also translated by Hussain, from Khalifeh's autobiography, A Novel for My Story:

Women’s struggle for liberation isn’t much different from that of the nation. One is as political as the other… The road to freedom is political. And freedom in any field, for any issue, has its price.

Passage to the Plaza is available from Seagull Books.

Books
Barra and Zaman: How 'The Mummy' reveals a nostalgia for Egypt's lost past
Books
Street signs to Sindbad: Uncovering the legacy of Arab graphic design
Books
Collapsing the shelves: The challenges of publishing Arab American children's books 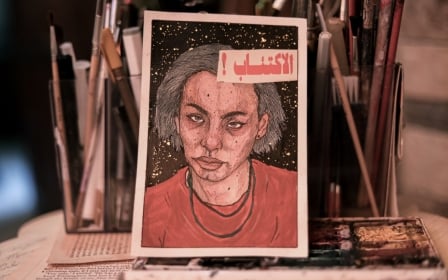 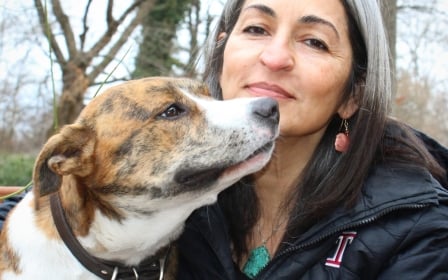 Books
Against the Loveless World: A Palestinian tale of exile and resistance