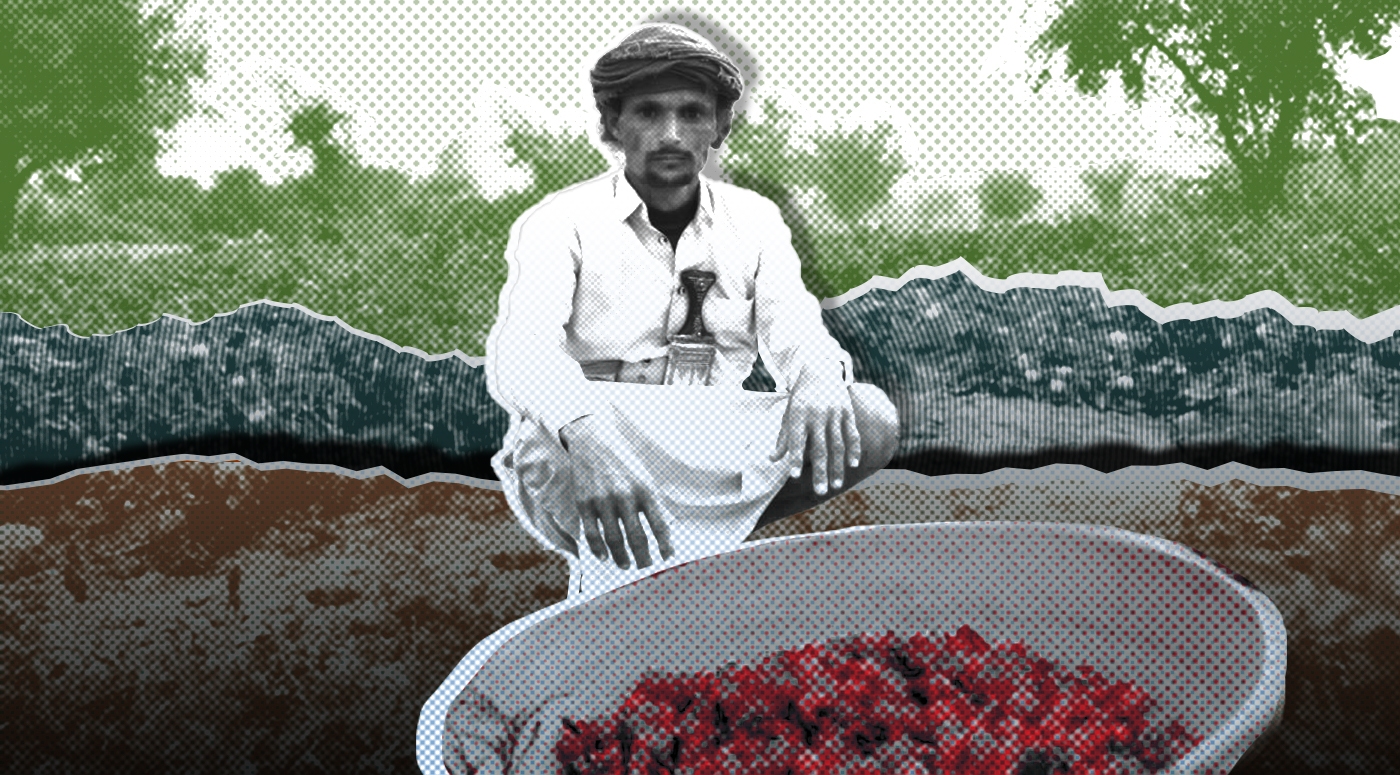 Many of the world’s most important food-growing countries are facing the consequences of climate change, and states in the Middle East and North Africa are no exception.

Rising temperatures and erratic rainfall patterns across the region have put livelihoods at risk and food production is suffering as a result. 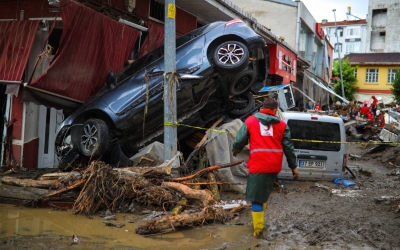 In 2021, four countries in the Middle East recorded temperatures above 50C, exceeding national records. In Iran, anti-government protests broke out over water shortages.

Scientists argue that climate change will continue to increase food insecurity in some regions and put pressure on water stressed areas.

But what does that mean in practical terms? Middle East Eye takes a look at some of the produce that is under threat as a result of changing weather patterns.

Olive trees have long been associated with Palestine and are considered a symbol of Palestinian heritage and identity.

The olives are sold as food and used to make olive oil, soap and comsetics, among other things.

The olive harvest season, which runs between October and November, is one of the most important periods of the year for villagers and farmers in parts of the occupied West Bank and Gaza. Many rely on the olive harvest as their main source of income.

However, these harvests have dwindled in recent years, not only as a result of the uprooting of trees by Israeli settlers, but from the harsh climate and extreme temperatures, which makes it harder for the trees to grow and bear fruit.

According to the International Committee of the Red Cross (ICRC), 2020 was an exceptionally poor olive harvest season, with a 55 percent decrease in the harvest yield. The poor yield was attributed to changing weather patterns  and uneven rainfall. Some farmers said they were done collecting the crop within a week of the harvesting season starting.

According to experts, olives are sensitive to temperature fluctuations when they are blooming during the months of April and May. Hotter conditions cause the fruit to fall off prematurely due to dryness. 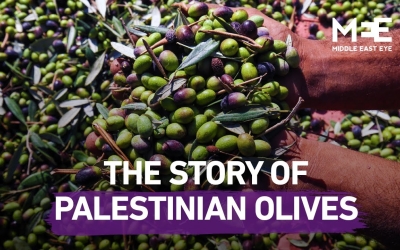 A report from Oxfam in 2021 said that high humidity levels and strong winds as a result of climate change have also contributed to further stress on olive trees grown in Gaza.

Gaza’s agriculture ministry said that climate change has led to a dramatic drop in the number of olives harvested in the Gaza Strip, and there has been a 60 percent decline in olive production in 2021 as a result of harsh environmental conditions.

The sharp decline means locals are having to pay more as farmers raise their prices due to scarcity.

With olive production on the decline and quantities insufficient to cover the needs of consumers, the agriculture ministry is now allowing the import of olive products from abroad.

Over the last few decades, Egypt has gained a reputation as one of the leading countries when it comes to growing and producing mangoes. The Egyptian varieties are known for their distinctive sweet taste and high quality. But the industry is suffering as a result of climate change.

The mangoes are grown mainly in Ismailia, in Egypt's northeast. The harvest season starts in June and ends in October, with enough produced to fulfil local demand and export abroad.

However, according to a report from earlier in 2021, Ismailia’s mango farmers have lost over 80 percent of this year's output due to rising temperatures. Signficiant losses resulted from a heat wave, which affected the region during the growing season, destroying much of the crop. Locals are struggling to cope financially and are calling on the government to intervene.

One farmer said that his farm recorded 35 tonnes of produce in 2020 compared to just four in 2021.

As the climate crisis worsens, other crops, such as wheat, may be impacted. This possibility could have massive repurcussions for the Egyptian economy, as the country is one of the world's largest wheat exporters.

Yemen has a rich tradition when it comes to coffee. It was the first place outside the Horn of Africa to cultivate the bean and variants of the Arabic word for the stimulant, qahwa, are used universally to describe the beverage.

Growing coffee has been a Yemeni tradition for centuries with techniques passed down from generation to generation. Early use of the bean was recorded among Sufi mystics in Yemen in around 1450.

There are several varieties of the coffee bean that are grown in Yemen, all of which require cool temperatures found at high altitude. However, in recent years, the industry has been in decline, as the temperature rises, resulting in drought and smaller yields.

Arabica coffee, grown in the mountains and deemed to be better quality and superior in taste, is particularly sensitive to climate change. This type of coffee accounts for around 60 percent of the world’s coffee production, and as a result of scarcity brought on by poor harvests, prices have gone up.

Rising temperatures and unpredictable rainfall are also making it more difficult to grow the plant.

Studies suggest that by 2050, around half of the land used for high-quality coffee will be unproductive.

Poor rainfall and consequent drought in wheat growing areas of Turkey is putting the country's reputation as a "grain silo" at risk, presenting a major cause of concern in terms of global food security.

In 2021, extreme temperatures caused drought and wildfires that disrupted the harvest of key crops, in what could become a regular occurrence, should climate change continue at its current rate.

Turkey's agricultual sector accounts for six percent of its GDP and is the reason for the state's traditional self-sufficiency when it comes to food production.

But as harvest yields begin to drop, the country is becoming more reliant on overseas imports, with the purchase of wheat increasing from $150m to $2.3bn in a two decade-long period.

With current trends, it seems likely Turkey will become more reliant on foreign producers to address its food needs.

According to the UN Intergovernmental Panel on Climate Change (IPCC), 60 percent of Turkey’s land area is prone to desertification, with critics raising concerns that the government's focus on economic growth has come at the expense of the environment.

Climate change and poor irrigation in conjunction with water mismanagement has further exacerbated the problem, forcing many farmers out of the business.

The Tigris and Euphrates rivers once provided Iraqi farmers and fishermen with plenty to make a livelihood, but that is changing as water levels drop due to warmer temperatures and upstream dam-building in neighbouring Turkey.

The UN has classified Iraq as the fifth most vulnerable country in the world to climate change, with temperatures now regularly crossing 50C in the summer.

Iraq's waterways have also long been used as a dumping ground for rubbish and chemical byproducts and such pollutants have had an impact on the numbers of fish in the country's rivers. Around 70 percent of Iraq’s industrial waste ends up in rivers or in the sea.

In the Basra area, saltwater intrusion, a phenomenon likely to worsen due to climate change, has forced families reliant on the fishing industry to give up their traditional way of living and move further inland. The sight of washed up fish on reed banks along the Shatt al-Arab waterway has become increasingly common. 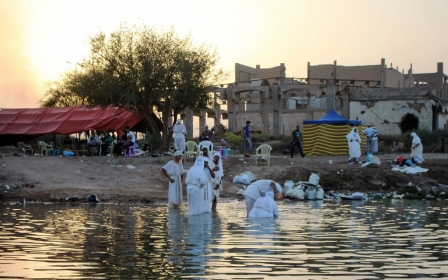 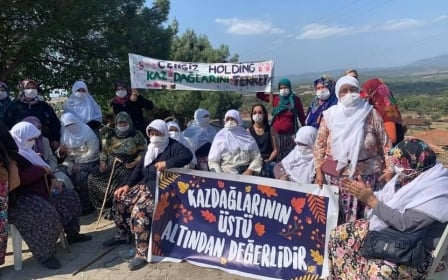