Searching for a Jewish history in Turkey before 1492

While many Sephardic Jews found homes in the Ottoman Empire after their expulsion from Iberia in 1492, Jewish presence in the region goes back much further 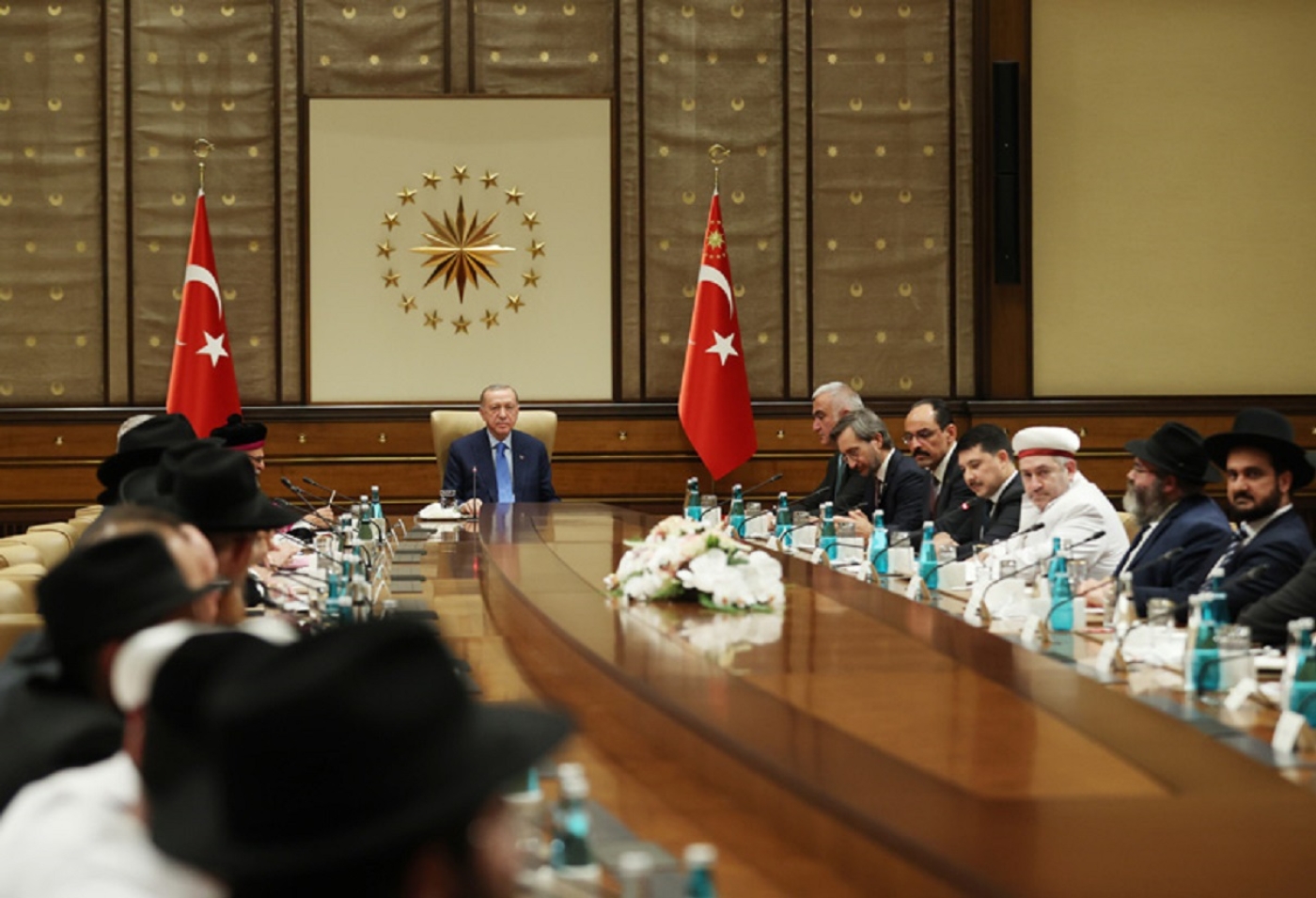 In late December, Turkish President Recep Tayyip Erdogan hosted a delegation of rabbis at the Presidential Palace in Ankara, for the first annual summit of the Alliance of Rabbis in Islamic States.

'It can be said that the Jews arrived in Anatolia some time between the sixth century BCE and 133 BCE, when the Romans arrived'

Most of the delegates arrived in Turkey from predominantly Muslim states, including Kazakhstan, Iran, Albania and the UAE.

Lauded by some commentators as an important example of interfaith dialogue, the summit provided the rabbis with prayer facilities as well as kosher meals.

In a publicly broadcast statement at the conference, the Turkish leader spoke of the importance of Turkish-Israeli relations and the joint struggle to combat anti-Semitism and Islamophobia around the world.

A noteworthy reference in Erdogan's speech was to the expulsion of Sephardic Jews from Spain in 1492, at the culmination of the Reconquista.

"We are a nation that welcomed the Jews who escaped from the Inquisition in 1492,” the president said. "The spirit that enabled the Ottomans to embrace the Jews is still alive today."

Erdogan’s reference to the year 1492 comes as no surprise, as Jewish history in Turkey is often told with that year as a starting point. It was when the Catholic monarchs of Castile and Aragon proclaimed the Alhambra decree, which oversaw the expulsion of Jews from Spain.

Many of the Jews who were exiled made their way to the Ottoman Empire, settling in Turkish-ruled territories in the eastern Mediterranean.

In major urban centres such as Istanbul, Smyrna and Salonica, these Sephardic Jews established significant communities, and greatly influenced local culture and society, while maintaining their own cultural traditions, such as the use of the Ladino language.

1492 is key to a historical discourse that frames the arrival of Sephardic Jews in the Ottoman realm as the beginning of a special era of coexistence and tolerance between Muslims and Jews in the Ottoman Empire and Turkey. This discourse has been hugely influential in academic and popular perceptions of Jewish history in Turkey.

The major issue with the 1492 narrative is that the year does not, in fact, mark the beginning of Jewish history in Turkey, or the coexistence between Muslim Turks and Jews in Anatolia.

"Starting Jewish history in 1492 is a way to erase Jewish presence in these lands," says researcher Nesi Altaras, editor of Avlaremoz, an online media platform focused on combating anti-Semitism in Turkey. "It reduces Jews in what is now Turkey to Sephardim, destroying the memory of the Romaniote, Ashkenazi, Neo-Aramaic and Arabophone communities that predate Ottoman conquests."

Accordingly, the 1492 discourse serves to strengthen the guest-host binary, which sees Jews as guests in Turkey, and the Turkish Muslim majority as hosts. Altaras says that the narrative reinforces the idea that Jews must continuously demonstrate gratitude and loyalty to the Muslim majority for the ancestors' decision to allow refugees to settle.

“As perpetual guests, Jews cannot receive equality, so the best they can hope for is tolerance," he adds. "A citizen is not someone who is tolerated, a nuisance; a citizen has equal claim to all things in a country."

In the same week Erdogan spoke in Ankara, archaeologists in southern Turkey uncovered the remains of a seventh-century synagogue in the popular seaside resort of Side, in southern Turkey. The synagogue features an inscription in both Greek and Hebrew, as well as the engraving of a menorah on a plaque at its centre.

Alongside other historic synagogues in cities such as Priene, Sardis and Andriake, the new discovery is a clear indicator that Jewish history in the land that is today Turkey predates 1492 by many centuries.

"It can be said that the Jews arrived in Anatolia some time between the sixth century BCE and 133 BCE, when the Romans arrived in Anatolia," says Inci Turkoglu, a historian and archaeologist at Pamukkale University. "Their first settlements were in Phrygia and Lydia, and Greek cities in western Anatolia - basically, the western half of what is Turkey today.”

These early Anatolian Jews, known as Romaniote Jews, were Greek-speaking citizens of Rome and then the Byzantine Empire, Turkoglu explains.

The Romaniote Jews were later joined in Anatolia by Karaite and Ashkenazi communities, well before 1492.

According to Turkoglu: "Romaniotes got assimilated among the Sephardim, just like the Karaites… because the Sephardim arrived in big numbers and with a very strong cultural background. Only some surnames survive indicating Romaniote origins."

Despite the large-scale disappearance of Romaniote culture and civilisation in Turkey, the discovery of Romaniote synagogues throughout the country helps to firmly establish Jewish history in Anatolia, and what is now Turkey, before the Sephardic arrival.

As it stands, the current 1492 narrative remains dominant among both the Turkish population generally and, according to Turkoglu, among Turkish Jews too. In 1992, for instance, the 500th anniversary of the Sephardic arrival was marked with exhibitions and the issue of a commemorative postage stamp.

Turkoglu says that an article she published in 2000, explaining that Jewish roots in Anatolia go back much further, was met unenthusiastically by the local Jewish community.

However, attitudes are changing. In November 2021, for the first time in its history, the Museum of Turkish Jews in Istanbul organised a temporary exhibition showcasing the ancient synagogues of Anatolia. The exhibition, Jewish Identity Engraved on Stones, will be followed by a book cataloguing the topic.

Such publications and exhibitions, alongside archaeological excavations, have played a significant role in uncovering Turkey's ancient Jewish history, and can help challenge the popularity of the 1492 myth, weakening the guest-host binary that has for so long characterised Jewish identity in Turkey. 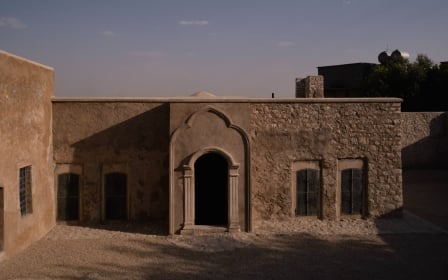 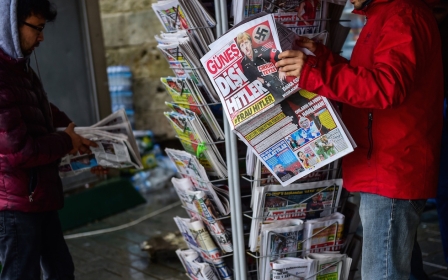 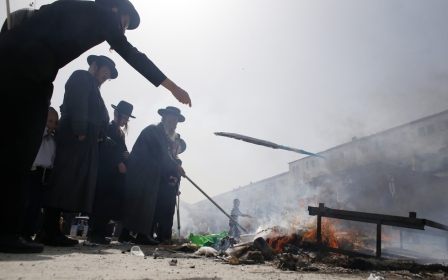