The beach: Gaza’s one lifeline

As an already scorching heatwave is set to intensify amid power outages and water shortages, Gazans find survival by the sea shore 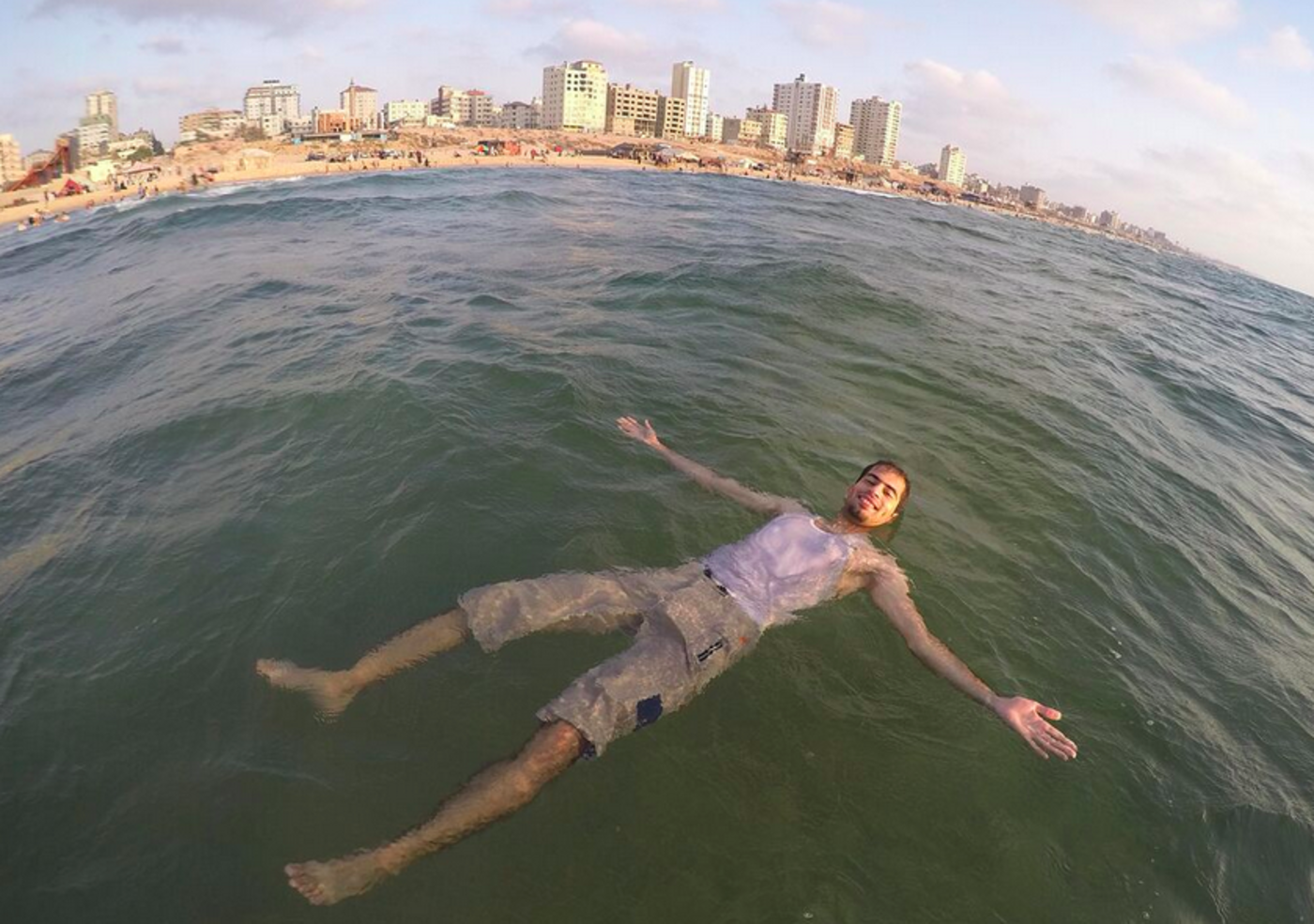 RAFAH, Gaza - The smell is overwhelming. After having no water for five days, Umm Ramzy says she cannot even flush the house toilet anymore.

There is no water in the kitchen, bathroom or laundry and this is by no means the only home facing this quandary.

Gaza is currently suffering from daily electricity cuts as well as widespread water shortages. Gaza’s only power plant also says it cannot afford the “blue tax” imposed on it and which doubles the price of industrial fuel coming into the Gaza Strip and with the ongoing clampdown on the smuggling tunnels the once vibrant black economy has also been hit hard.

This means that if scarce water supplies come through when the electricity is off, households cannot fill their water tanks.

The situation is getting worse every day and looks set to intensify further as the region suffers one of the most aggressive heat waves in years. The welfare of all Gaza’s 1.8 million people, the operation of hospitals and shops, have all been made at risk and electricity and water are critical for hygiene and ultimately survival.

No water or power

“All shortages come at once: electricity, water and cooking gas,” said Umm Ramzy, who lives in Rafah with her seven children and four grandchildren.

All items in her Umm Ramzy’s kitchen from meat to vegetables rot quickly in the heat, and the fridge is barely adequate even when there is power.

According to the United Nations Office for Humanitarian Affairs, Gaza Power Plant has been operating at about half its 120 megawatt capacity - 120 MW - resulting in rolling power outages throughout each day, when families need it most.

Gaza’s electricity comes from three sources: 120MW bought from Israel, 28MW from Egypt, and around 60MW from Gaza Power Plant - when it is operating which at present it is not. But even if this joint supply was working efficiently, it would meet about only 46 percent of the estimated population demand.

Taking a shower is impossible and clean drinking water is a luxury for her and her family. Even the local water seller in her area has no supply on some days and cant deal with all the demand. He should be busy making a steady profit at this time of crisis but the power blackouts mean his station cannot purify any water even when it does become available.

Water is crucial to the family’s survival, yet “we have no purified water, no piped-in water or electricity to even boil dirty sea water if that’s all we have left,” she said.

Water from the sea is frequently all that is left for much of Gaza’s population, half of whom are children.

At these times of crisis, the sea helps to act as a sanctuary for Gaza’s residents. They flock there to escape the heart and leave homes that feel like saunas, with no fans or air-conditioning. Across the coastal enclave, men, women, children and the elderly all go to the sea regularly and say it is where they can feel most at ease, even though they are constantly being observed constantly by Israeli warships not far from shore.

Physician Mohammed Ziara is a regular beach goer. He says that he sees many of his patients regularly at the beach and that, to him, it feels like the whole of Gaza Strip is there, even on weekdays.

“What else can people do when they have no electricity, water or hygiene facilities under this unbearable heat?” he asked.

Ziara says he speaks to his friends about what Gaza would be like were there no seafront or beach, which would leave the enclave totally blocked off, with Israel and Egypt locking down all air and land borders.

A young man soaking in the water of the Mediterranean said: “If it was my choice, and we had no beach, I would want to be next to Germany - to have some chance of employment without having to dig tunnels to get out and have some freedom.”

Several human rights groups have held meetings to discuss what they described as “inhumane” conditions caused by the constant power cuts and Israel’s blockade.

The Independent Commission for Human Rights said at a press conference that the responsibility for the power cuts falls, firstly, on Israel as the occupying power under the fourth Geneva Convention, and then on Palestinian officials in both the West Bank and Gaza.

“The occupation policies depriving Gaza of getting adequate and continuous fuel are blatant violations against international law,” it said.

The commission also called on all co-signatories to the fourth Geneva Convention to apply pressure on Israel to cease such policies and practices and commit, instead, to delivering at least basic services to civilians.

“The new electricity schedule of four hours on and 18 hours off has forced me out of the home and down to the beach,” said Ziara, a Gaza resident, who says it it’s the only time when he feels like he can breathe fresh air.

But even at the beach, the main topic of conversation is the power cuts during and the blistering heatwave. With temperatures above 30 degrees Celsius daily and little to no wind, the conversation inevitably shifts to when both will end.

Everyone is still waiting for fuel pledged by Qatar last week to come through the Rafah Crossing to Gaza’s only power plant, but the sea voyage is too slow for many.

Lack of safe open parks or other green spaces makes options very limited for people under such present combined conditions, said Ziada. “Gaza is like a closed, hot, tin-can with no air to breathe - the beach is the only place where we can relieve the pressure.”

Abu Wael, a father of four, says he likes to take walks on this beach and enjoys washing his feet as the rising tide hits the hot, golden sand.

“My children cannot sit or sleep inside their hot rooms and told me they wanted to come to the beach until the electricity comes back on, hopefully around 8pm.”

No day brings any guarantees in Gaza. While in the best-case scenario the power will appear for four short hours, others will not even get that much. At 8pm some resident wait eagerly but find that that night they get no electricity at all.

Gaza economist Maher al-Tabaa said that, over nine years, Gaza's private sector and its residents have lost over $1bn due to electricity cuts.

“This amount should be enough to build five power plants to generate electricity in Gaza,” he told MEE.

A wide shortage of jobs and income means that 80 percent of Gaza’s population survives on aid provided by relief agencies. It also means there is little spare cash to buy fuel or water even when vendors can get their hands on it.

Abu Wael said people around him find it impossible to buy food, so buying fuel is not an option. “Our building has an electricity generator, but no one can afford the cost of fuel at 7 NIS [$1.8] per litre as in Israel.”

Instead he spends his days sitting on the beach, with a small lemon-flavoured ice cream, watching his children, fearing they might disappear or drown in the waters.

Even if small amounts of fuel come through from Qatar, Gaza will still struggle when that fuel runs out and families are thrust back into crisis.

The weather forecast indicates that in the coming days the heatwave is only going to get worse, meaning that even with the extra fuel, the seaside refuge will become ever more vital for those Gazans who can reach it. 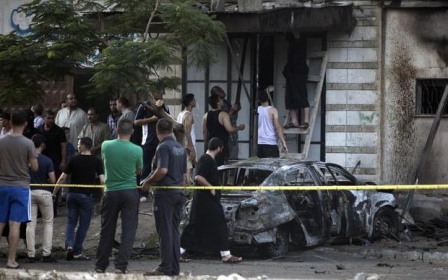