The Berlin borough has been praised as a shining example of integration, but can old residents really rub along with the new? 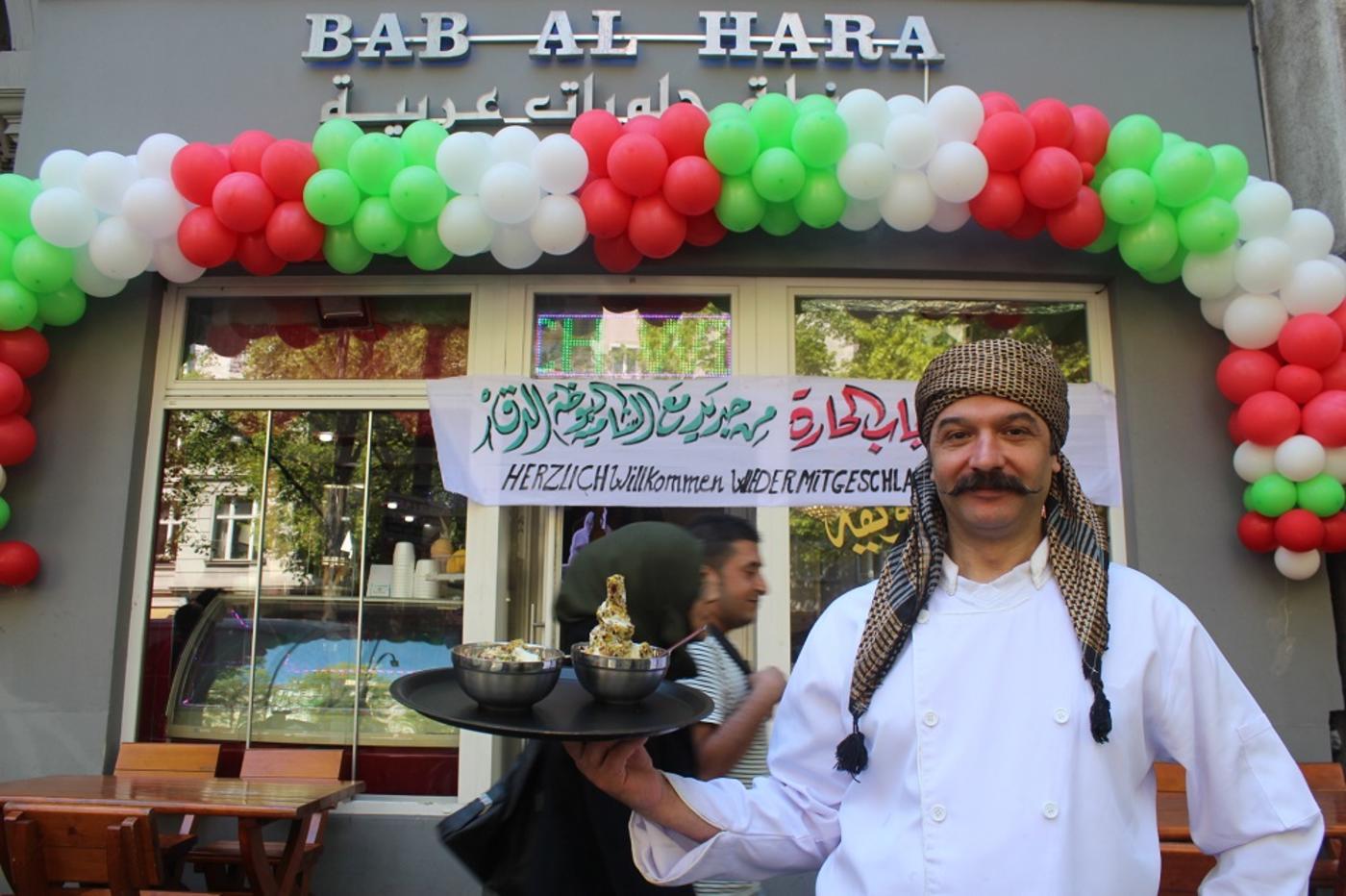 BERLIN - The warm afternoon sun is shining down on the busy avenue of Sonnenallee, in the southern Berlin borough of Neukolln.

Muslim families and Berlin hipsters mill along lazily here, strolling from shop to shop while figuring out which restaurant to stop at.

Crowds gather around outside Azzam, a restaurant serving Middle Eastern food, and wait in line to get a plate of hummus. A few doors down, staff at the pastry shop Umkalthum dish out trays of baklava and cremeschnitte. Many locals and visitors insist that the highlight is al-Andalus, a nearby restaurant decorated with large photos of early 20th century Beirut and that serves some of the best falafel in town.

“When we [Umkalthum] opened here in [Sonnenallee in 2001] there was nobody else here - it was very quiet,” said Mussa Fakhro, a Lebanese national who fled to Germany in 1990.

Since opening his doors some 15 years ago, Fakhro says Neukolln has been totally transformed.

“It has been turned upside down. It has become a destination, especially for Arabs,” he told Middle East Eye.

These days, this south Berlin borough is seen as trendy and has blossomed into an epicentre of the city’s Arab community. The Middle East influence has grown so strong Berliners have long started referring to Sonnenallee Street simply as Arab Street.

Since 2013, more than 3,000 refugees (mostly from Syria and Iraq) have come to Neukolln, which is home to some 320,000 people and is one of Berlin’s most diverse boroughs. More than 40 percent of Neukolln residents originated in a different country or have a parent that was born outside of Germany.

Rafik Almadah, a Syrian who fled to Germany two years ago, has now opened Bab al-Hara ice cream shop where he serves the same whipped ice cream he once served in Damascus. He does so while wearing a keffiyeh around his forehead and sporting a well-designed moustache that is both Arab-looking and hipsterish.

Almadah says many Germans come in to eat and drink and are curious to find out more about Arab food and culture. He loves chatting to customers about life back home and dispelling any stereotypes they may have about refugees.

“It shows them the other perspective; that we came here, we are willing to work, we are opening businesses, we are making a new life here,” said Almadah. “And maybe that's not all of us - but it shows them [German residents] that we can be working and doing stuff.”

Neukolln saw a major influx of non-Germans back in the 1950s and 1960s when many Turks came to Germany as “guest workers” and stayed. The portion of migrants in the borough then expanded significantly in the early 1980s when Lebanese and Palestinian refugees started arriving.

These days, ethnic Turks make up 11 percent of the population and Arabs 10 percent and growing. Many shops, businesses and restaurants - particularly on Sonnenallee - have signs in German and in Arabic, while display windows boast everything from Palestinian independence memorabilia, to Syrian pistachios and brides’ dresses with long sleeves and hijabs.

Experts say that the socially diverse population is in part down to geography, with Berlin’s most immigrant-heavy boroughs - Neukolln, Kreutzberg and Wedding - all lying in the centre of the city. As such, the areas are also attractive to students, artists and lower-income Germans, which helped to create integrated and mixed communities.

The contrast with many other European cities, like Amsterdam and Paris, where migrant neighbourhoods are pushed to the outskirts could not be starker.

“The rate of residential segregation is comparatively low in Germany,” Professor Ruud Koopmans of the Berlin Social Science Centre told MEE. “There is less spatial separation between immigrants and non-immigrants or between Muslims and non-Muslims in German cities than there is in most cities in other European countries.”

According to Koopmans, the social mixture helps to eliminate racial boundaries that nourish radicalisation. However, concerns are growing that a housing shortage, a major problem in Berlin since the arrival of thousands of asylum seekers last summer, could help fan tensions.

Some 1,450 refugees in Neukolln are currently living in improvised facilities such as sports halls and other large buildings, throughout the borough. Local officials are concerned that the situation is creating an “unhealthy” environment and could lead to frustration among these refugees.

Marion Trautloff, a middle-aged German woman who has been living in Neukolln since the 1970s, told MEE that Sonnenallee has become much more crowded and noisy in recent years. Trauloff, who visits a German pub called Simone’s located at the heart of Sonnenallee twice a week, says she enjoyed the neighbourhood more back when it was quieter.

She insists she has nothing against refugees, but says she finds it difficult to communicate with them and thinks that Neukolln is now full and should not absorb more newcomers.

“I have the feeling they don't like to come and try and connect with us,” she said. “We must learn to [make] contact.”

One of the newcomers that Neukolln recently absorbed is Abdullah Saleh, a 25-year old Syrian who arrived in Germany last October. Saleh, who rents a room in a shared flat a five-minute walk from Sonennallee, is learning German and hopes to enrol in university in Berlin before the end of the year.

He said that when he visited neighbourhoods on the outskirts of Berlin, he did not feel comfortable. But in Neukolln, where he has befriended many Muslims and non-Muslims, Syrians and non-Syrians, Saleh has found a new home.

“I met really cool people here, who really don't care where you come from, they don't care what religion you have; they care only about you as a human being,” Saleh said.

One of the main concerns regarding Neukolln is that about 93,000 of its residents - a third of the population - are dependent on welfare benefits, according to the borough’s migration officer, Arnold Mengelkoch. While some of the welfare dependents are refugees like Saleh, most were born in Germany or have been living in the country for decades.

The unemployment rate in Neukolln (13.9 percent as of May 2016) is the highest in Berlin and is well above the city average of 9.7 percent.

But authorities say they are determined to change this and are dedicated to continuing to provide state support which they believe is critical in a mixed community like Neukolln, Mengelkoch told MEE.

“We give a lot of state money to have socially peaceful living,” he said. “What will happen if we lowered down the state money? Then the people will not be satisfied.”

To maximise resources, civil society and community groups are looped in, and Mengelkoch holds monthly meetings to make sure everyone is playing their part and always looking for new ideas.

“We make the decisions together” with the Arab, Turkish and Kurdish communities, he explained.

“It makes us come together to make decisions together, to laugh together, to fight together with words and to lose fear,” he added. 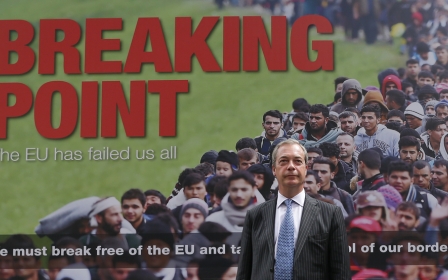 Brexit
'They don’t want others to live with them': Refugees and NGOs react to Brexit