As US protesters faced army-style vehicles and rubber bullets, Palestinians shared tips learned from attacks by the Israeli military 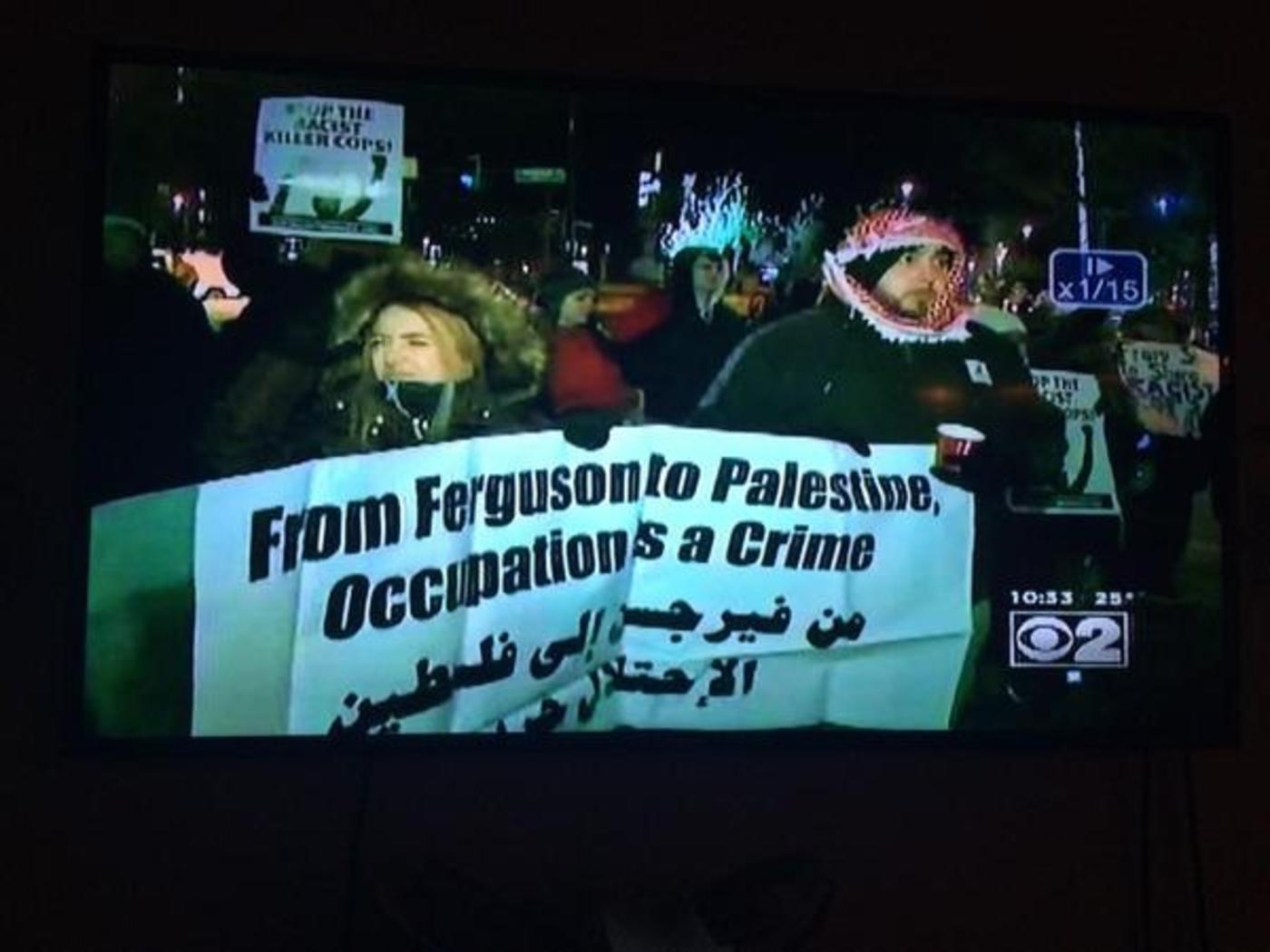 NEW YORK, US - When anti-racism protesters took to the streets of Ferguson, Missouri last year to rally against the police killing of an unarmed black teen, they had support from an unlikely quarter.

Some 10,000km away, Palestinians sent tips via social media on dodging tear gas and gun-toting cops. In Ferguson, pro-Arab activists joined rallies over Mike Brown’s death and called for the prosecution of the lawman who pulled the trigger.

On Tuesday, more than 1,000 civil rights leaders will return the compliment by publishing a letter that blasts Israel’s settlement-building, and other policies, and draws parallels between the plights of black Americans and Palestinians.

“Israel’s widespread use of detention and imprisonment against Palestinians evokes the mass incarceration of black people in the US, including the political imprisonment of our own revolutionaries,” says the letter, published via Ebony.com.

"We urge people of conscience to recognize the struggle for Palestinian liberation as a key matter of our time," it added.

Co-signers include the radical thinkers Angela Davis and Cornel West, rappers such as Talib Kweli and Boots Riley, veterans of the Black Panther movement and Patrisse Cullors, co-founder of the #BlackLivesMatter campaign.

The letter traces modern-day links between the generations-old struggles. It criticises shared training schemes between Israeli and US lawmen and G4S, a global security firm that supports detention centres in the US and Israel.

“US and Israeli officials and media criminalise our existence, portray violence against us as ‘isolated incidents’, and call our resistance ‘illegitimate’ or ‘terrorism’. These narratives ignore decades and centuries of anti-Palestinian and anti-black violence,” it says.

It draws on the events of 9 August last year, when Ferguson residents grew incensed as Brown’s bullet-ridden body lay on the tarmac. Within days, as anger boiled over into violence, members of the St. Louis-Palestine Solidarity Committee took to the streets.

“We got hugs, we got a lot of love from that simple gesture of showing up early,” Sandra Tamari, a Palestinian-American member of the group, told Middle East Eye. “It defied the stereotypes we had been told about a broken, crime-filled community.

“We saw the opposite: people coming together and mourning one of their own.”

As protesters faced a heavy-handed police response of army-style vehicles and rubber bullets, Palestinians in the Middle East used online social media to pass on tips they had learned from skirmishes with the Israeli military.

The user of Twitter handle @MariamBarghouti urged Ferguson protesters “to keep calm when you’re teargassed” and “don’t rub your eyes!”. @Rajaiabukhalil advised them to stick close to police lines, writing: “if you’re close to them they can’t tear gas”.

Palestinians already had their hands full. Israeli air strikes and shells were hammering Hamas targets in the crowded Gaza Strip – a 50-day onslaught that killed some 2,100 Palestinians, mostly civilians. Israel put the number of its dead at 67 soldiers and six civilians.

“A year after the war in Gaza and a year into the #BlackLivesMatter movement, there’s a growing conversation about racism in the US,” Khury Petersen-Smith, an organiser of the letter, told MEE. “It’s about understanding connections between the oppression of black people here and oppressed people elsewhere, including in Palestine.”

He is building on tradition. Back in the 1960s, Malcolm X and other black civil rights leaders drew parallels between racial oppression in the US, white colonialism, apartheid South Africa and Israel’s treatment of Palestinians.

In 1964, Malcolm X wrote in The Egyptian Gazette that Israel’s occupation of Arab lands had “no intelligent or legal basis in history”. Taking out an advert in The New York Times in 1970, black activists blasted US support for Israel and other “reactionary dictatorships throughout the world".

Since then, things have worsened, Petersen-Smith told MEE. Israel’s treatment of Palestinians grows ever harsher, and is now backed by a hardwired alliance that sees Washington give money, guns and diplomatic cover to its ally, he added.

Meanwhile, US-Israel security links deepen, with lawmen travelling back and forth on counterterrorism junkets, he said. He also blasted G4S for assisting Israeli abuses against Arab detainees and for caging black youth in US juvenile detention centres.

Israeli and American officials reject such criticisms. Israel says it follows global norms on human rights and warfare; both Washington and Jerusalem say they are negotiating a two-state solution that will see Palestinians run their own affairs.

It maintains cameras and bag screening machines at Israeli prisons and checkpoints, but “employees don’t have any contact with Palestinian prisoners,” G4S spokesman Nigel Fairbrass told MEE. In the US, “it is the courts and local authorities that decide who is placed in our centres”.

The activists are not deterred. One of the letters’ signatories, Felicia Eaves, said that persuading more black Americans – some 15 percent of the US population – to support Palestinians could help tilt Washington away from its wholesale support for Israel.

She noted that many black lawmakers skipped Israeli Prime Minister Benjamin Netanyahu’s congressional address in March. Others point to the first US black president, Barack Obama, who has worse relations with Israel’s leaders than his predecessors.

But while pro-Palestinian and civil rights activists can assist each other with a joint public relations campaign, it remains unclear whether their views are shared by black Americans and Arabs in the suburbs of Ramallah, Ferguson and beyond.

“If you walked up to a [black] person on the street, they would be hostile to the suggestion that Israel is doing anything wrong,” said Eaves, a co-chairwoman of the US Campaign to End the Israeli Occupation.

Black people are influenced by biblical references to Israel and are loath to appear anti-Semitic, she said. “Many of the older generation understood how Apartheid South Africa was wrong, but it’s more difficult to get them to understand what’s going on in Palestine,” she told MEE.

For Tamari, the Palestinian-American in Missouri, this sentiment cuts both ways. Arab-Americans and their Palestinian cousins in the Levant are – much like whites – prone to prejudices that the #BlackLivesMatter campaign is challenging, she said.

“I won’t sugar coat it, we have a long way to go in the Palestinian community. We have a lot of conditioning and attitudes that are anti-black,” she told MEE. “So, do we [activists] represent the majority? Probably not.” Gaza Under Attack
The surprising solidarity between Gaza and Ferguson Egypt Turmoil
Egypt calls for US restraint in Ferguson