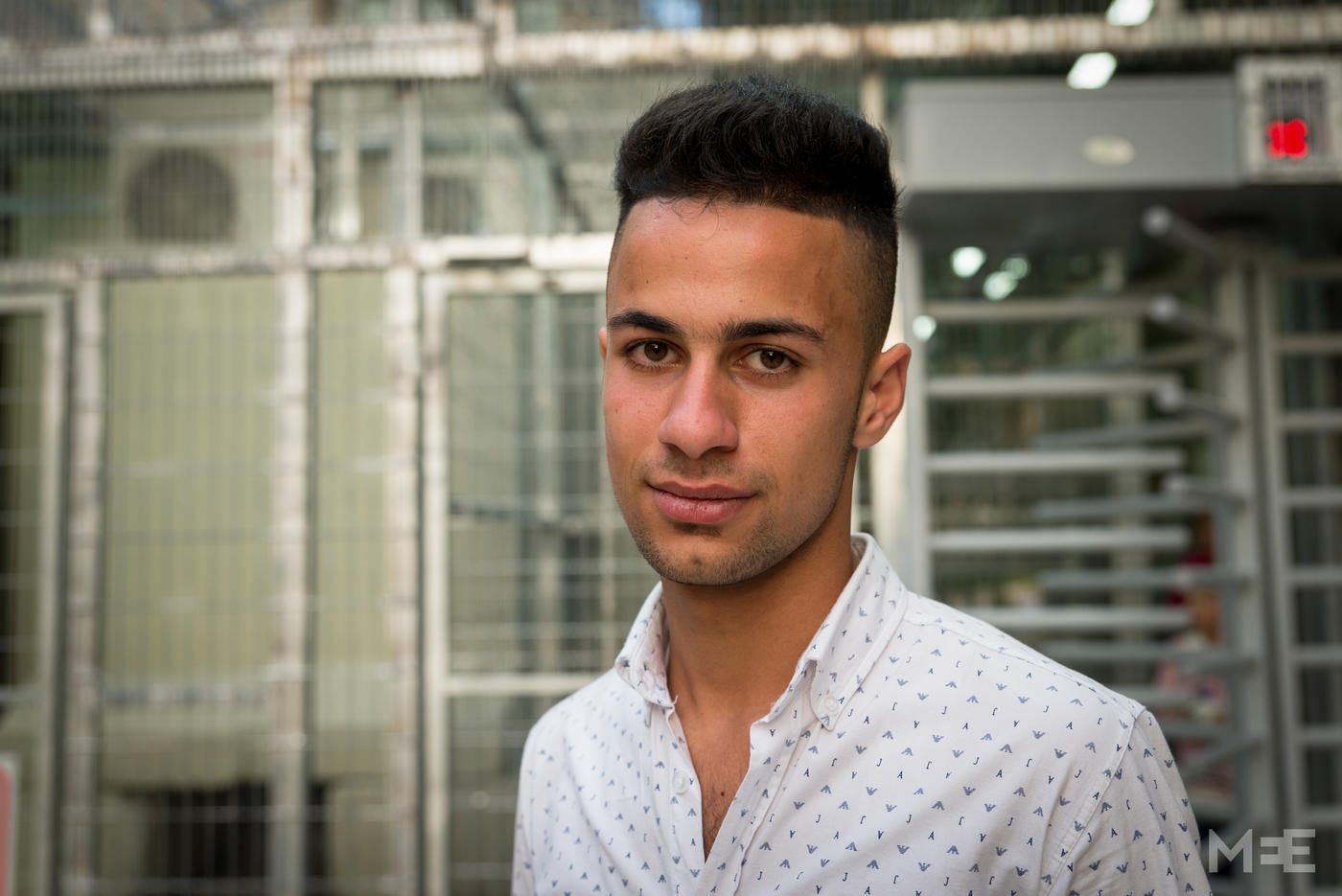 HEBRON, Occupied Territories - On 27 November 2015, Ahmad Azza, a 16-year-old Palestinian human rights activist, was arrested by Israeli police on charges of possessing a knife in public and fleeing from soldiers when asked to stop. But according to Azza, he was not in the area where soldiers claimed they had seen him when the knife was allegedly found.

After seven days in prison, he was released on 3 December 2015, after a DNA test exonerated Azza and proved that the charges were false. He had to remain in prison until the official results were made available, but the only DNA found on the knife belonged to an Israeli soldier.

Azza is a young activist from the Tel Rumeida neighbourhood, currently a closed military zone in Hebron. He is a member of the local organisation Youth Against Settlements (YAS). The organisation’s website states they are a non-violent direct action group seeking to end the building and expanding of illegal Israeli settlements through non-violent popular struggle and civil resistance.

Ahmad’s recent arrest highlights the way many young Palestinian human rights activists have been targeted and arrested on false charges since the recent wave of violence that began in October 2015.

Ahmad spoke to Middle East Eye about his arrest, his treatment in jail and the work of his lawyer Gaby Lasky, together with YAS coordinator Issa Amro, in securing his release.

“When they arrested me, we were at the YAS centre in Tel Rumeida having a meeting. At first, nothing happened, there were no problems that day - no shooting, no stabbing attempts, no problems at all,” Azza recalls, and says that he had been at the YAS centre with Amro for at least an hour before the arrival of more than 30 soldiers.

“I was sitting beside Issa when the soldiers arrived. The commander looked at me and told me ‘come’. It’s normal. I had done nothing wrong so I went to the soldier. They searched me.”

Azza was then taken to a nearby checkpoint and interrogated. “I didn’t answer anything because of the language barrier, I don’t speak Hebrew,” he says.

He describes the moment he was presented a knife by the police. “The police officer showed it to me and said ‘Ahmad, it’s yours?’ I told them ‘no, I’ve never seen it before’.”

Azza was then handcuffed, blindfolded and taken to the police station for further interrogation.

“When we got there they tied a kuffiya (a traditional Palestinian scarf) around my head extremely tightly, and put the handcuffs behind my back. They left me like that for four hours.” Azza went on to say that he was also forced into a folded position with his chest to his knees the entire time.

“It was cold and I was outside. I had no water, no toilet, nothing. After, they took me and they started to interrogate me. Before they asked me about the knife they asked me why I was with Issa – why I was in Issa’s house, what was I doing with Issa?” says Azza.

Issa Amro, who also lives in Tel Rumedida, is the YAS coordinator and is a close friend and mentor to Azza. As one of the leading human rights defenders in Hebron, Amro works with young people, motivating them to resist the occupation in a direct but peaceful way.

As a result, he is frequently targeted by both Israeli soldiers and settlers, and he too was arrested on the same night as Azza.

Amro explains: “They accused me of hiding a terrorist in my house. They put me in a bathroom for five hours, handcuffed, blindfolded, with a lot of intimidation, cocking the gun and saying ‘wait, the bullet will come to your head’. So they targeted me and him at the same time.”

Ahmad was taken to Gush Etzion military detention centre and then to Ofer prison to await trial. “They took me to the military base, they beat me in the night, and then they put me outside for the night. After, they took me in the jeep to some place I don’t know,” Ahmad says.

“They woke me up at around five in the morning and told me I had a court [hearing]. The judge told me I couldn’t speak or say anything, only when it is finished.”

Palestinians charged with knife possession face up to three years in jail. “As Palestinians we are under the military law; we don’t have any rights and they don’t take our testimonies and our words into consideration. Soldiers are believed to always say the truth; they don’t need to show evidence. We, on the other hand, need to show evidence that we are not guilty,” says Issa.

Ahmad’s case is rare in that he was represented by a prominent Israeli human rights lawyer. Together with pressure from the media and international supporters, the police department agreed to do a DNA test on the knife.

“We had to campaign hard for them to do a DNA test,” Amro says. “The police rarely do DNA tests but they did it after the intervention of our lawyer, many Israeli journalists and Israeli politicians.”

According to Amro, as far as he is aware, this is the only case of it's kind in which DNA evidence has been used.

Azza speaks of his relief: “When the judge said ‘DNA’ I felt good. I know it’s not from me and they will see the results that the DNA is not from me, it’s from the soldier.”

It was no surprise when the DNA results test proved Azza’s innocence, yet no apology or explanation was offered to him; and the Israeli soldier who had made the false accusation faced no punishment.

Israeli police issued a statement in regards to Azza's arrest. "The soldiers identified a suspicious person who fled while tossing a knife. A young man who matched the description was found. During his interrogation he denied carrying a knife and was imprisoned. His detention was extended by the court. The fingerprints were too weak to prove they were his. A DNA test eventually revealed that the young man in custody did not toss the knife. The need for detention is being examined by the court. The soldiers' testimonies will be checked and, if necessary, will be handed over to the prosecutor for operational affairs."

They [the soldiers] shoot anyone for anything. For this thing, they will not say sorry,” says Azza.

Amro has known Azza since he was five years old, and from a young age has worked and mentored him.

“I believe in Ahmad to be a leader and maybe to replace me and take my position in the future,” Amro says.

“I worked a lot to focus on him and I wanted to teach him how to search for knowledge, for information and to be a future leader. I put him on our training courses about non-violence, filming, documentation, about Israeli law, how to be a public speaker, what his rights are etc, and he was doing very well.”

Amro describes Azza as someone who has embraced non-violence from a young age and was always the first to show up at YAS activities. “He was not throwing stones like other kids, he was just filming soldiers, filming settlers and he became one of the leaders of other kids.”

There are significant challenges facing Palestinians in maintaining peaceful opposition to the Israeli occupation of their land. Almost on a daily basis, they encounter constant provocation and often violent acts by the occupying forces while simply trying to go about their daily business.

As Amro says: “In the last uprising from October 2015, I noticed that many Palestinian kids and minors started being affected by the occupation and the shooting, particularly of girls, the targeting the women at Al Aqsa Mosque, the burning of homes by settlers, the intimidation by the soldiers - so I looked at Ahmad and he was very close to me and I wanted to take care of him. I didn’t want him to be affected.”

On the night of the arrests, they were having a special meeting about how to stay non-violent in spite of the violence being used against them, how to protect their activities, how to concentrate on their mandate, and how to behave if they were to be arrested and accused of false charges.

Then the soldiers came and arrested Azza who was sitting beside Amro. “I thought they chose him because he’s from here and they know him, and maybe they just wanted to ask him a few questions. I discovered that they accused him of having a knife and it was a really big issue," says Amro.

"They took him to the military police jail to spend the night and it was a really horrible experience for him. They wanted to intimidate him and they wanted him to leave from the group. I just concentrated on trying to explain to the soldiers that he was with me the whole time,” he adds.

According to Azza the soldiers tried to convince him to say that the knife belonged to Amro, who states that this is a common tactic used by Israeli forces.

“I was in jail many times and I've met many kids who were interrogated and told to confess that they threw even one stone if they wanted any chance of being released. And the kids would say, ‘yes, I threw one stone. Can I go home now?’ They tell them ‘no’ and they go to jail for three to six months.”

“I feel responsible, especially with Ahmad, I didn’t sleep for seven nights, until I went to Ofer to get him out,” Amro explains. “It’s me who’s telling them that they should use non-violence to resist the occupation, and that with non-violence you can’t be arrested. I convince them that they are safe by using non-violence. But the reality is not like that. The occupation is really without any kind of principles or morals and they don’t even follow their own laws.”

Azza’s mother talks about her fears for her son since his arrest, and how she worries every time he leaves the house.

“Ahmad is very calm and quiet in the house, he doesn’t speak a lot,” says Fatima. “Sometimes I feel afraid because he doesn’t tell me anything about what happens to him.

"Since his arrest, I’m very afraid about him when he goes out and I call him a lot when he’s late home. I feel very worried whenever he goes out of the house because of the soldiers and settlers around the house.”

Azza is firm in his belief that the completely non-violent strategies pursued by Youth Against Settlements will bring about the vision for a peaceful end to the occupation of his land and people. 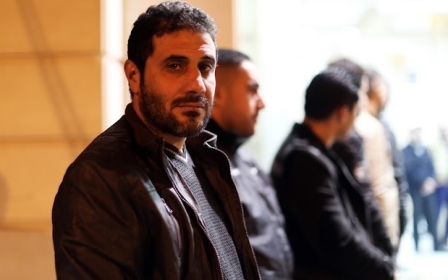