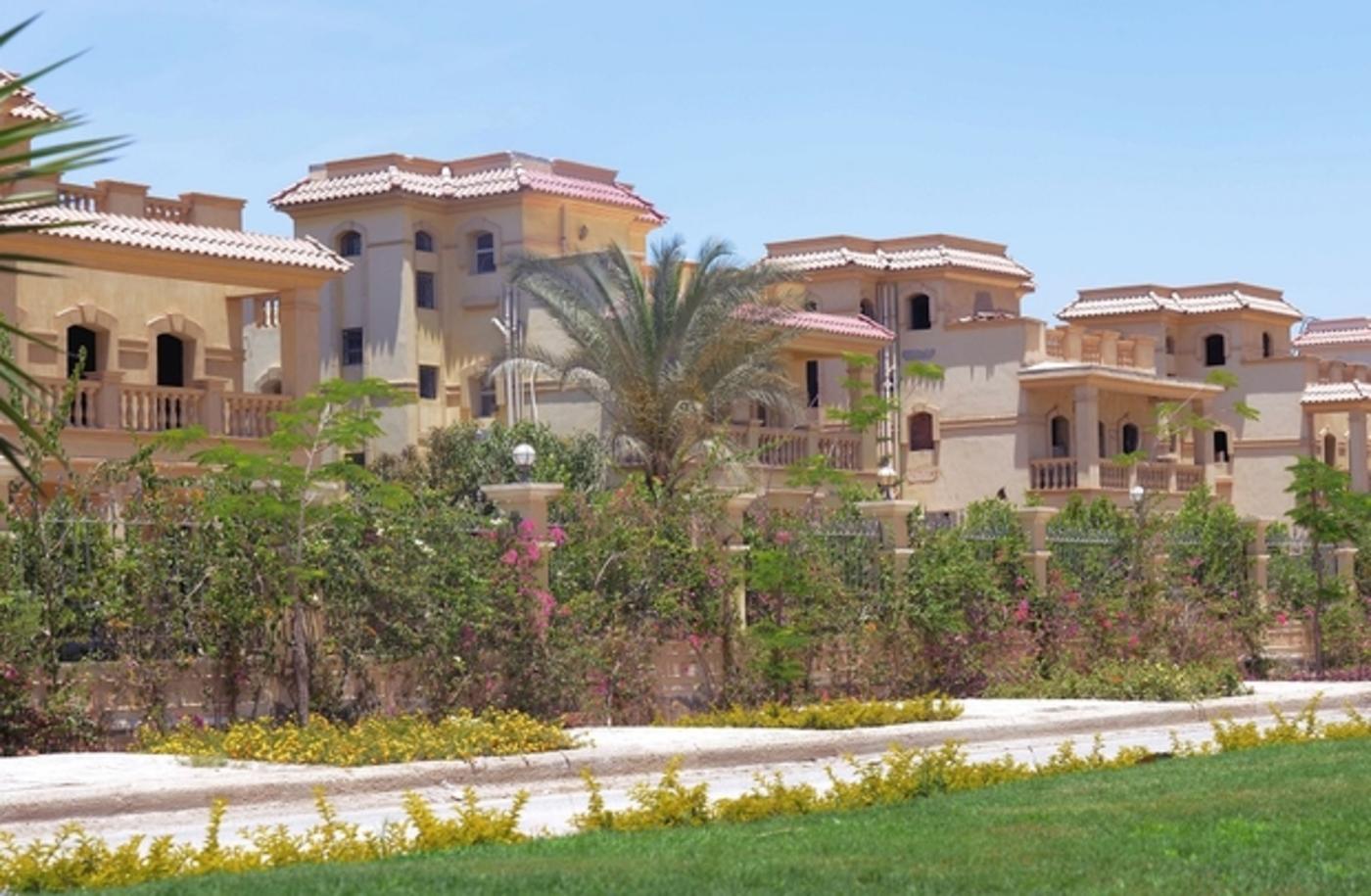 CAIRO - Nada Hassan, a 29-year-old employee at an NGO, and her husband are a newly-married couple who recently moved to a compound in 6th of October city, on the outskirts of Cairo.

“People usually think of security and safety as a major priority. Living in a compound also gives you the sense that you belong to a certain social class, which is called the A class,” Hassan told Middle East Eye.

She referred to Ahmed Khalid Tawfiq’s novel Utopia, where an imaginary Egypt will be split into two worlds: one big gated community in the north coast for the rich, while the poor are left shrouded in poverty and chaos.

Living in a compound also gives you the sense that you belong to a certain social class, which is called the A class

“More upper-class Egyptians are envisioning this utopia. They want to separate themselves from the rest of the country to feel safe and secure,” she explained.

Hassan’s in-laws bought the flat in the compound for their son a few years ago, at a price of LE300,00 ($17,000). This is much lower than its current value following the devaluation of the Egyptian pound, which plunged against the dollar in November 2016.

The high cost of marriage requirements in Egypt, including gold jewellery or diamonds for the bride, the lavish wedding ceremony itself and securing decent accomodation, has pushed parents to pitch in to help their children when tying the knot.

Most Egyptian families are inflexible when it comes to these high standards of marriage obligations, including a fully furnished flat in a good neighbourhood.

Costs of a better lifestyle

Amira Mohamed, an engineer who works in the real estate sector, explained to MEE how an upper-middle-class professional can pay up to LE2 million ($115,000) to buy a 100-square-metre flat in a compound.

“People pay more and more money for the illusion of security. Someone with a BMW would pay millions of pounds in a gated community so that he does not park his car in Nasr City where someone can easily steal it. A woman can wear what she wants and run in the morning with nobody harassing her,” she said.

Yasmine Tarek, a supply-chain manager in a major food products company in Egypt, can relate. She has always been keen not to leave work too late to avoid unpleasant comments from her male neighbours in the overcrowded neighbourhood in Giza province where she used to live.

“Back when I was in Giza, there were two big cafes full of my male neighbours right under my balcony. They would say not so many nice things if I came [home] late at night. But now I enjoy my privacy in the compound. I worry less,” she said.

A few months ago, after moving to a compound in the Cairo suburb of Shiekh Zayed city, Tarek feels as though she has more freedom to move about. She purchased the three-bed flat a few years ago at the price of LE400,000 ($22,650), but only moved in after she managed to furnish it. The price of her flat has now doubled after the devaluation of the Egyptian pound.

Enjoying more security is not the only reason that pushed Tarek away from her apartment in Giza. Growing intolerant towards the bustling capital’s “exhausting traffic” also motivated her.

“Why should I spend three hours daily only for commuting? Now I only live 20 minutes away from work. I feel fresh when I go to work and come back home way less exhausted. There are still some hours in the day where I can spend some leisure time,” she said.

To promote the experience of living abroad without stepping foot outside the country’s borders, many of these compounds are named after famous places in the US and the UK, such as Hyde Park and Beverly Hills.

People pay more and more money for the illusion of security

According to Mohamed, the prices of these units vary, depending on the compound and the services offered. The price of an apartment in a luxury compoundwith outdoor and indoor pools, health clubs, man-made lakes and golf courses may reach at least three million Egyptian pounds ($170,000).

These prices are very similar to unit prices in other upscale districts in the heart of Cairo, such as Heliopolis, Nasr City, Zamalek and Garden City. A unit price in a middle class compound with fewer services may cost less than one million pounds ($56,623).

Despite Egypt's deteriorating economy, the real estate sector continues to boom. A report by Euromonitor International in March showed that Egypt is the world’s fastest growing real estate market, followed by Algeria and Nigeria. According to the report, Egypt is bracing for an 18.9 percent expansion in mortgaged households in 2017 alone.

In three days, the company sold all the villas as well as 100 more villas in the second stage and was paid in cash, not even in instalments

“In an annual forum for real-estate sales where companies usually announce their new projects, one company opened the sale of 100 villas in the first stage of a New Cairo compound," said Mohamed. "In three days, the company sold all the villas as well as 100 more villas in the second stage and this was paid in cash, not even in instalments. The country is full of money. Maybe wealth is not fairly distributed, but many Egyptians have a lot of money,” Mohamed said.

Yet this seems to contradict recent comments made by President Abdel Fattah al-Sisi on poverty in Egypt. In a youth conference held in February, Sisi said that Egypt is a very poor country.

“So, nobody told you that you are extremely poor?” he said. “Then let me tell you that we are very poor. Very poor."

The country’s poverty statistics are indeed high. According to the Central Agency for Public Mobilisation and Statistics (CAPMAS), the government’s main statistics agency, 27.8 percent of Egyptians lived under the poverty line in 2015 with an annual income of less than LE6000 ($340.00). The agency should start conducting a new survey before the end of this year to update poverty statistics that are expected to hit 40 percent following the devaluation of the currency and high inflation.

According to the report, Egyptians usually buy new real estate for investments purposes. Others choose to relocate, and a few purchase these homes for upgrading and to have more space.

An earlier survey by the real estate marketer in 2015 showed that 58 percent of those living in compounds prefer gated communities for security reasons, while 22 percent live in compounds for the better services they provide.

Mohamed Eissa, 37, who runs a small family-owned factory in the Delta, believes that buying a flat in a compound is now the best means for investment, given the deteriorating economic conditions and high risks associated with conducting business.

Eissa just finished paying off the instalments for a EP3 million villa ($169, 727) in a luxury compound in New Cairo. In order to be able to pay off the debt in two years, he had to limit his spending, sell his expensive Mercedes and buy a cheaper car.

“The real estate sector is the safest for investment now. Other sectors of the economy are deteriorating. I can sell my unit for more than double the price I paid for it and I will get my money in cash. There are so many people who want to invest safely and they know the currency is losing its value,” he explained.

Cities of their own

However, Hassan is worried about isolation. While a compound usually means more privacy and security, lack of access to services, shopping outlets and facilities is a major concern for her.

“I used to live in Heliopolis, where the supermarket was right under my balcony. Now I have to drive to the nearest supermarket to buy some bread and cheese. This is not easy,” she said.

Tarek agrees with Hassan. She does not have the luxury to immediately buy home supplies if she accidently runs out of some. This has pushed those living in compounds to change their shopping behaviour.

“People usually make sure to buy all that they need before going home and others shop for their monthly supplies from hypermarkets. Also, online buying is booming. You can buy a bottle of milk for your baby delivered to your doorstep and pay with your credit card. I don’t need to live in central Cairo to access more services. Technology changed everything,” she said.

For Hassan, this level of isolation is not a preference.

“Why do I have to move to the middle of the desert to look for safety. Why [do] I have to drive to the supermarket. This sense of security is too expensive,” she emphasised.

Tarek, on the contrary, believes that moving to a compound and having a higher social status is worth the price she has to pay.

“I’m a middle class professional, but I went to a school in Zamalek and worked in a major food chain. I met people from higher social classes. It is normal that I want to join this class, and I will not accept to live in a social status below that of my work colleagues. Those who reject a chance for social mobility are stupid.”

Those who live in more luxurious compounds do not have to worry about services. Despite the fact that Eissa has not moved to his unit in the upscale New Cairo compound yet, he believes such compounds are now cities of their own.

“You do not have to step a foot outside the compound. You have everything you need just steps away. Everything literally from the barber’s shop to your kids school," he said.

"It is a new fascinating Egypt that you would never see elsewhere. Tell me where in Egypt you can see greenery from the view of your balcony? Where in Egypt can you let your wife have her morning run safely? These compounds offer a new lifestyle, a lifestyle that we really need,” he added. 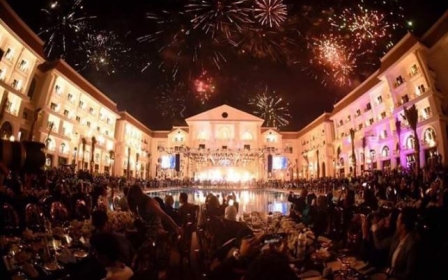 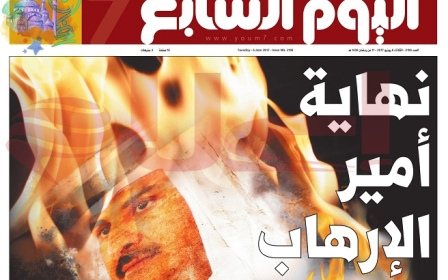 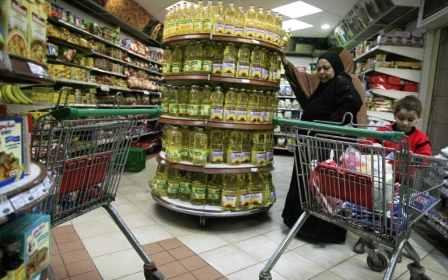