Mevlevi order followers are known for their tolerance, gracefulness and discretion - setting them apart from today’s hectic pace of life 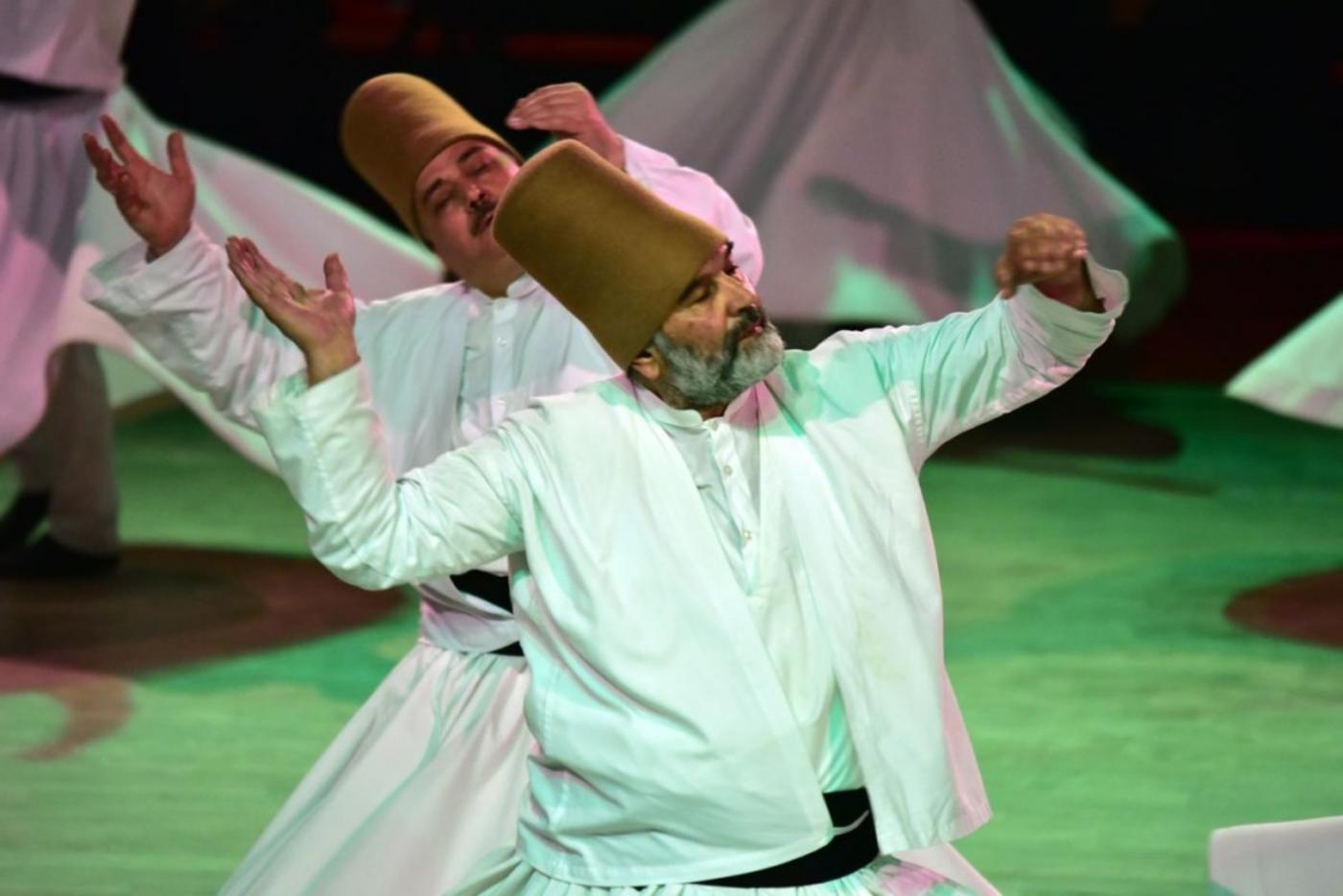 Whirling dervishes perform during a ceremony at to mark the 741st anniversary of the death of Mevlana Jalaluddin al-Rumi on 17 December, 2014 in Turkey's Konya province where Rumi is buried (AA)
By
Anadolu Agency

ISTANBUL – If you see someone kissing a spoon before he or she starts to eat or kissing the back of one others’ hand when meeting, you can be sure that you are encountering the modern-day followers of Mevlana Jelaluddin al-Rumi, or Mevlevis.

Mevlevis – sometimes known in English as Sufis – follow a school of thought in Islam inspired by the Muslim poet and scholar Rumi who was born in 1207 in Afghanistan and died in 1273 in the central Turkish province of Konya.

With his book “Masnavi”, which was penned after losing his close friend -- a wandering dervish called Shams-i-Tabriz – Rumi focused on tolerance and love, building a religious legacy which has had a worldwide influence especially in Turkey, Iran, Azerbaijan, Afghanistan and central Asia.

Tourists to Turkey are familiar with the iconic “whirling dervishes”, or semazens, but their story goes beyond that.

One senior dervish, or dede (spiritual mentor), Kadri Yetis, 78, says he advises his students not to describe themselves as “Mevlevis.”

“This would be egoism,” says Yetis – an electronic engineer by profession.

“It should be noticed that they are Mevlevis from their behaviour and attitude towards everything,” he adds.

The followers of the Mevlevi order are known for their tolerance, gracefulness and discretion, something which sets them apart from today’s hectic pace of life.

“They have a mutual respect for the equality of existence of every single object in the world,” says one of Yetis’ students, 38-year-old Nagihan Cifterler, one of Turkey’s first female whirling dervishes.

Although there are some groups which perform the iconic whirling dances with both female and male performers together, historically it should be performed separately, says Cifterler who is an accountant – a “worldly profession” as she calls it.

Each year during mid-December thousands of people gather, especially in Konya, to see performances by whirling dervishes. Turkey’s president and prime minister also attend these ceremonies.

The Mevlevi life is based on discipline and rules of conduct, according to International Mevlana Foundation.

The chairman of the foundation, which was founded in 1996 in Konya where Rumi is buried, is Faruk Hemdem Celebi, a 22nd generation direct descendant of the mystic.

There is a hierarchy in the Mevlevi tradition. Being a “celebi,” or master is followed by sheiks (authorized teachers) and dervishes (teachers) with the majority of the community being “cans”, or “fellow soul.”

Although Sufism is very popular, especially in Turkey, its real content is not really well known, says Faruk Hemdem Celebi who is critical of people inviting dervishes to perform at events like wedding ceremonies or shop openings.

A licensed psychologist by profession, Gamards is also author of two books about Rumi. Harboring an interest in mysticism, Gamards tried spiritual practices from different world traditions but “loved the Sufism the most.”

A convert to Islam, Gamard says: “The Mevlevi path is a Muslim mysticism but in the West they like to separate Islam from Sufism, so they like to do Sufi practice and read Sufi books separate from Islam.”

According to Gamard, Rumi’s books are very popular in the US.

Today all the mevlevi lodges are controlled by Turkish government, says Celebi.

There are around 101 Mevlevi lodges across the world from Baghdad to Macedonia and from Egypt to Bulgaria, he adds.

Finding an exact number of practitioners is difficult. Celebi notes: “It is really difficult to give a figure about how many Mevlevis are in the world today. Although there are many sympathizers, there are probably only around 1,000-1,500 Mevlevis.”

“The number of the people who will teach the Mevlevi order is decreasing every day,” he adds.

“One needs to give up their ego and burn in an ocak -- a place where Mevlevis gather,” adds Yetis, referring to Rumi’s words: “Raw I was/Cooked well burnt I got.” It can be read or understood as “I was immature, suffered, matured and became enlightened.”

“Ocak” means fireplace or oven in Turkish and it was seen as sacred by the Mevlevis as in Persian the word “cooked” is an idiom for becoming mature, according to Gamard.

“Mevlevis are ordinary people like everyone else. Some are students, some are civil servants, or some others are business people,” Yetis says.

Whirling dervishes’ garments are also heavy with symbolism. Their sikke (conical hat) is shaped like a tombstone, symbolizing the death of his/her ego. Their tenure (overcoat) is the shroud of their ego and their waistcoat, the Mevlevi’s ego itself.

One whirling dervish, 55-year-old Bekir Yenerer, is a retired businessman who says his path to becoming a dervish started nine years ago.

Speaking just before a sema ceremony in a 500-year-old Turkish bath in Istanbul’s old town, Bekir says he was not raised in a religious family but was always close to the notion of Allah.

By the age of 46 he was having troubles with his personal life and work which lead him to meet Kadri Yetis.

After one year of training he performed his first whirling, a journey of spiritual ascent.

“After I begin to learn whirling and Sufism my whole life automatically has changed. A new window opened in my life,” he says.

According to Yenerer, today’s world is a tough place.

“We live in an environment where all values have been tangled,” he says.

“We live in a scenario where we go to work and come back home. We are in a rush with all our egos. When you recede one step back, then Sufism starts and you start to think of why this entire thing is happening,” he says. Variety
Turks mark the birthday of an empire 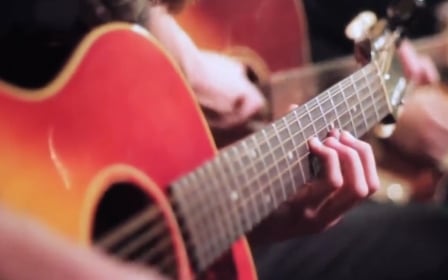