With few economic opportunities and no travel permits, Syrian Kurds are paying smugglers to take them on a dangerous journey 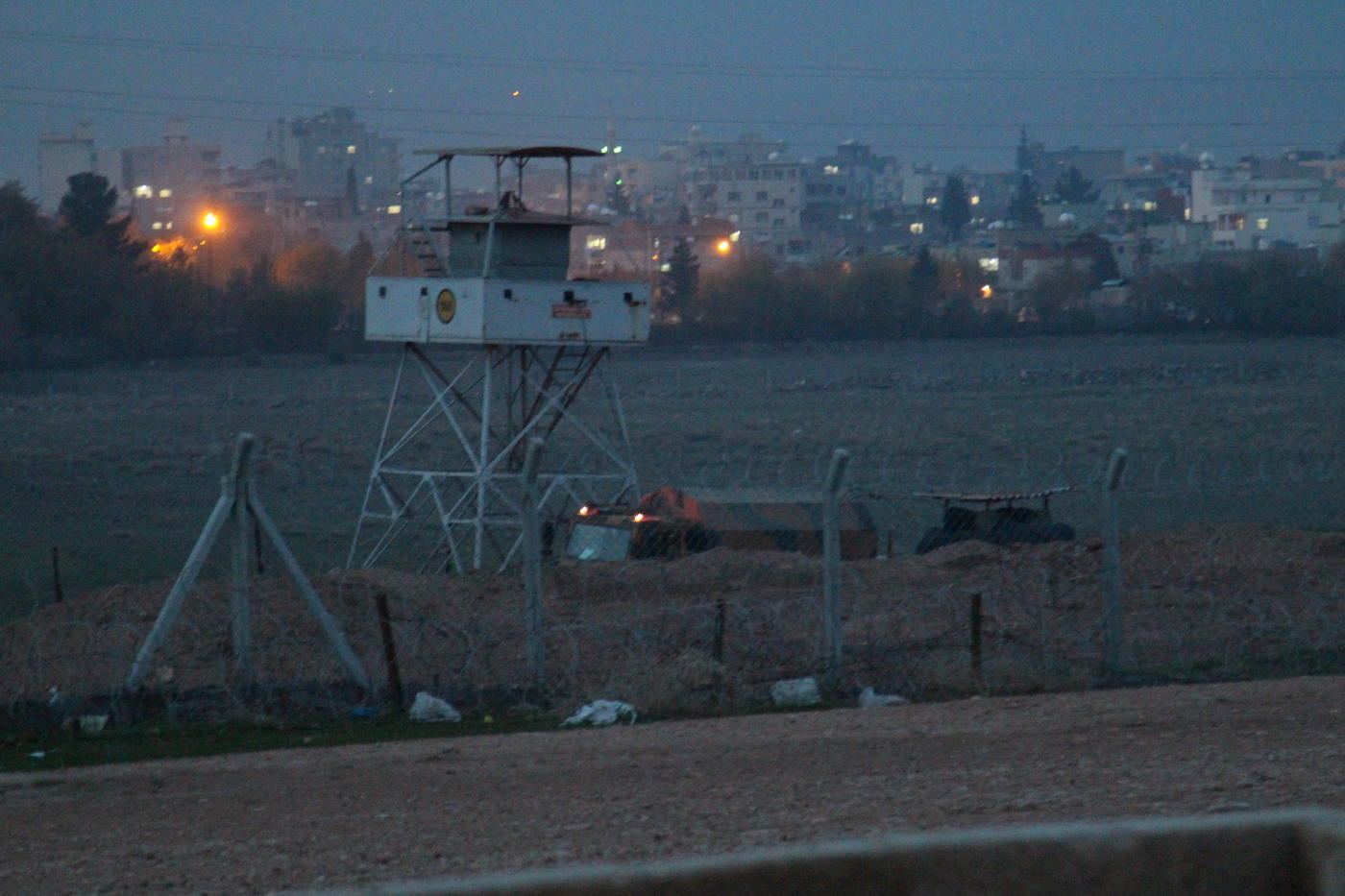 Like many Syrian Kurds who travel to Turkey, he has only ever made the journey with the help of local smugglers, who help him cross without a permit since Ankara closed the border crossings about three-and-a-half years ago, after the war in Syria began.

“I speak some Turkish and I could hear the officer telling the soldiers to kill us, they kicked us and used the butt of their Kalashnikovs to hit us. They broke my nose, then they threw me back into Syria,” said Abu Ali, sitting at his desk in the tiny real estate shop that he owns in his hometown of Qamishli, in Syria’s northeastern autonomous Jazeera canton.

Abu Ali is adamant that he would have died had there not been women and children in the vicinity.

Syria’s Kurdish region, he added, has become an open-air prison, and a simple journey of no more than six kilometres (from Qamishli to the Turkish border) has now been turned into an operation that is both expensive and dangerous.

Turkey’s economic embargo on the Kurdish-controlled area of Syria is often seen as the result of the tumultuous relations between Ankara and the Kurdistan Workers’ Party (PKK), which is closely linked to the leading Syrian-Kurdish party, the Democratic Union Party (PYD).

In November 2013, the declaration of three autonomous Kurdish cantons (Afrin, Kobane and Jazeera) in Syria served to further agitate the Turkish government, which proceeded to call to build a two-metre high wall along the Syria-Turkey border, sparking protests. The wall, the protesters argued, would separate thousands of families.

“Turkey has essentially been trying to keep the entire border area with the Kurdish area closed. It has forced the Kurds to cross illegally … a lot of people have been killed,” said Aaron Stein, an associate fellow at British think tank Royal United Services Institute (RUSI).

“Their efforts were intended to try and undo Kurdish autonomy in the region and by failing at that they’ve actually made it stronger,” he said.

According to Stein, the border problem between Turkey and Syria’s Kurdish region is not a question of Turkey being unable to police the border, but rather a case of selective policing. Residents of Arab-controlled areas of Syria, for example, are able to cross easily in Turkey, he said.

MEE contacted a Turkish foreign ministry spokesperson to comment on the country's border policies, but did not receive a response in time for publication.

Before the start of the Syrian civil war, the main reason people would cross the border without travel permits was the statelessness of an estimated 300,000 Kurds in Syria, the result of a 1962 census that saw them stripped of their citizenship.

Today, men and women cross into Turkey without documentation for a number of reasons.

“The main reason is economic, there are no jobs here for people so they are looking to go to Europe,” explained 40-year-old Hekmet Xelil, a smuggler based in Qamishli.

Xelil spoke to MEE from what was once a travel agency. A framed verse from the Qur’an hung on a lime-green wall behind him. He has been facilitating passage into Turkey since the start of the Syrian civil war, when the region’s economy took a turn for the worse, border policies tightened, and the embargo greatly reduced the amount of goods coming in.

“Before that we took people to Turkey the legal way, with a passport, through the gates. But after the gates closed, I had to look for another job. This is now my full-time job,” said Xelil, who said he makes approximately $600 a month.

When the war in Syria reached the Kurdish areas, Hekmet and what he estimates are more than 100 other smuggling businesses were coordinating the passage of approximately 80 people per day.

Today, the number has dwindled considerably and Xelil said he has only had 20 clients over the past month and a half. “People are scared of the border because [Turkish soldiers] hit people,” he explained.

With the number of clients decreasing, prices have increased. Two years ago, getting over the border cost $25 per person on average; today, it can cost up to $300.

The steep rise is partly due to increased risk, Xelil said, and partly due to inflation. “My pay is the same, it’s $50. But $200 is for the border soldier and the transport has also become more expensive.”

In order to guarantee a relatively safe passage into Turkey, the smugglers in Qamishli coordinate with a leader on the border. He or she is tasked with bribing the Turkish border guards, and guaranteeing safe passage to the men and women.

Crossing without a contact on the Turkish side is cheaper, but involves greater risks, Xelil said.

Xelil’s neighbours know that he isn’t running a conventional travel agency, and the local authorities turn a blind eye to his illegal business.

The local security agency, Asayish, is most often involved in the process; Hekmet said he provides Asayish officers with copies of his travellers’ passports, and pays a sum of money. MEE examined the official documents Asayish gave Xelil, which grant him permission to travel.

Asayish must also clear his clients before leaving for Turkey, in case they have a criminal record. “A lot of people have come to me to cross the border without getting Asayish permission, but I refuse,” Xelil said.

Despite their autonomy, Syria’s Kurdish enclaves are facing a difficult humanitarian situation. While Jazeera has not seen a mass exodus like that which took place in Kobani in October, people risk their lives on a regular basis to travel to Turkey, whether it be for business or to visit a family member.

Mechanics and business partners Mehdi and Nezir, who did not give MEE their last names, were two of the first people to travel to Turkey to buy car parts that were no longer available in Qamishli. Nezir’s dual Syrian-Turkish citizenship makes it easier for him to reach the dealers on the Turkish side; the challenge lies in bringing the parts back to Syria.

The men recently lost $1,000 when their merchandise was broken in a panicked attempt to get the goods across the fence without being caught by the soldiers.

“We could get these car pieces before the [civil war] and they were so cheap. They cost $200 per piece; now it costs us $800 because they are so expensive in Turkey,” Mehdi told MEE, sitting cross-legged in his living room with his children gathered around him.

“Business was better under the regime,” said Nezir. “Back then, when we would order something from Aleppo, Latakia or Damascus at night, we would have it by the morning.”

The poor quality of fuel in the Jazeera canton means that car engines are often damaged and parts need to be replaced. Outside, two ambulances have been sitting untouched for about a year, as they have been unable to run without replacement engine parts.

Although Qamishli does have an airport, it only operates internally and it is run by the regime in Damascus. Fear of Bashar al-Assad is still strong, particularly in a city where there are still pockets of regime presence and full neighbourhoods of government sympathizers, causing many civilians to opt for other modes of transport.

“The borders have been closed for a very long time and when the fighting started [in Syria], they kept them closed. They were the exception to Turkey’s open border policy,” Stein said.

A young salesman in Qamishli, who asked to remain anonymous, explained that while some people travel to Turkey for better healthcare or for higher education, a large number of men like himself have business deals in Turkey and are therefore forced to travel illegally.

“I buy from [Turkish] factories, but because there is no legal border I am forced to go through the smuggler,” he said.

His most recent bulk acquisition was a container of chocolate biscuits for the Christmas season. The truck travels back to Syria through the open borders in Arab and Islamic State-controlled areas, where Kurdish salesmen pay local Arabs to ensure that the merchandise reaches Qamishli.

“We live under an embargo. Three years ago the embargo began and life stopped,” he said, sipping a glass of coffee. “We have nothing.” 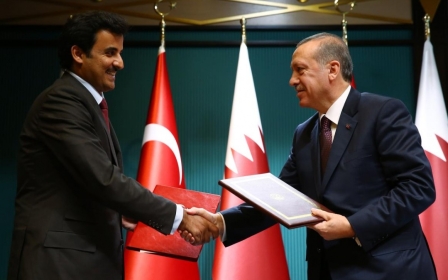