VIDEO: ‘A pen is like a weapon,' says Palestinian poet Mohammed el-Kurd 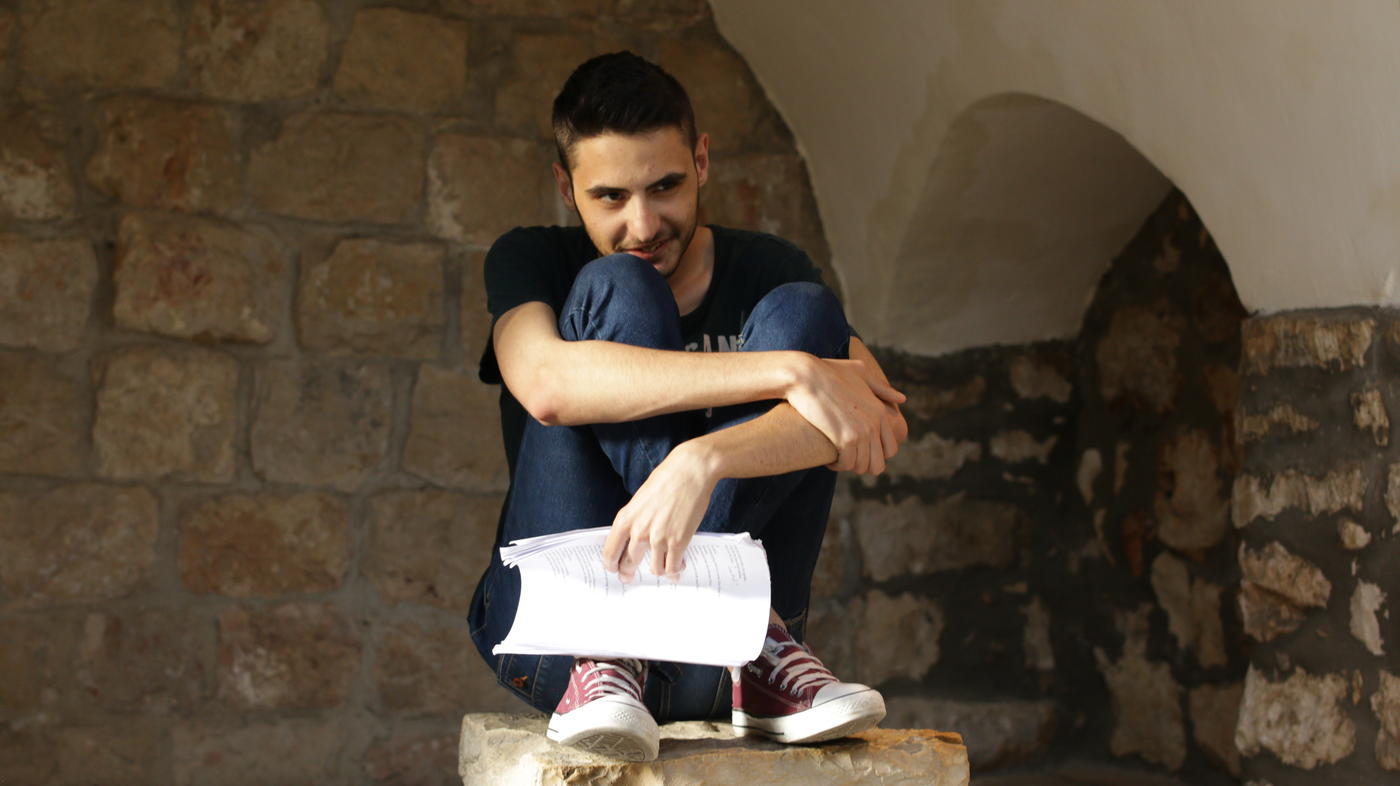 El-Kurd, 17, was the subject of the 2012 film 'My Neighbourhood' documenting the Israeli settler takeover of half of his family home in Sheikh Jarrah, East Jerusalem (MEE/Dave Leins)
By
Dave Leins
, Graham Liddell

JERUSALEM - Seventeen-year-old Palestinian Mohammed el-Kurd has been writing poetry for several years, and his compositions have proven quite influential - especially in his own life.

“Sometimes you feel like you have nothing to contribute,” el-Kurd told Middle East Eye. “So I started searching around for a tool so I can advocate [against] injustice happening here.”

“I felt like holding a pen could seem as forceful as holding a weapon.”

Watch as el-Kurd reads his poetry and talks with MEE about his writing in Jerusalem:

In 2009, Jewish settlers came to the Sheikh Jarrah neighbourhood of East Jerusalem and took over half of el-Kurd’s family home with the blessing of an Israeli court decision. A series of protests by Palestinians and left-wing Israeli activists followed, but the settlers continue to occupy part of his home to this day. The incident was the subject of the 2012 short film My Neighbourhood.

El-Kurd was recently accepted into Savannah College of Art and Design in the US state of Georgia, where he will be heading in the autumn. He has also been accepted into a summer writing programme for international students at the University of Iowa, widely considered the best writing college in the country.