Why are Norwegians holding candlelight vigils in support of asylum seekers? 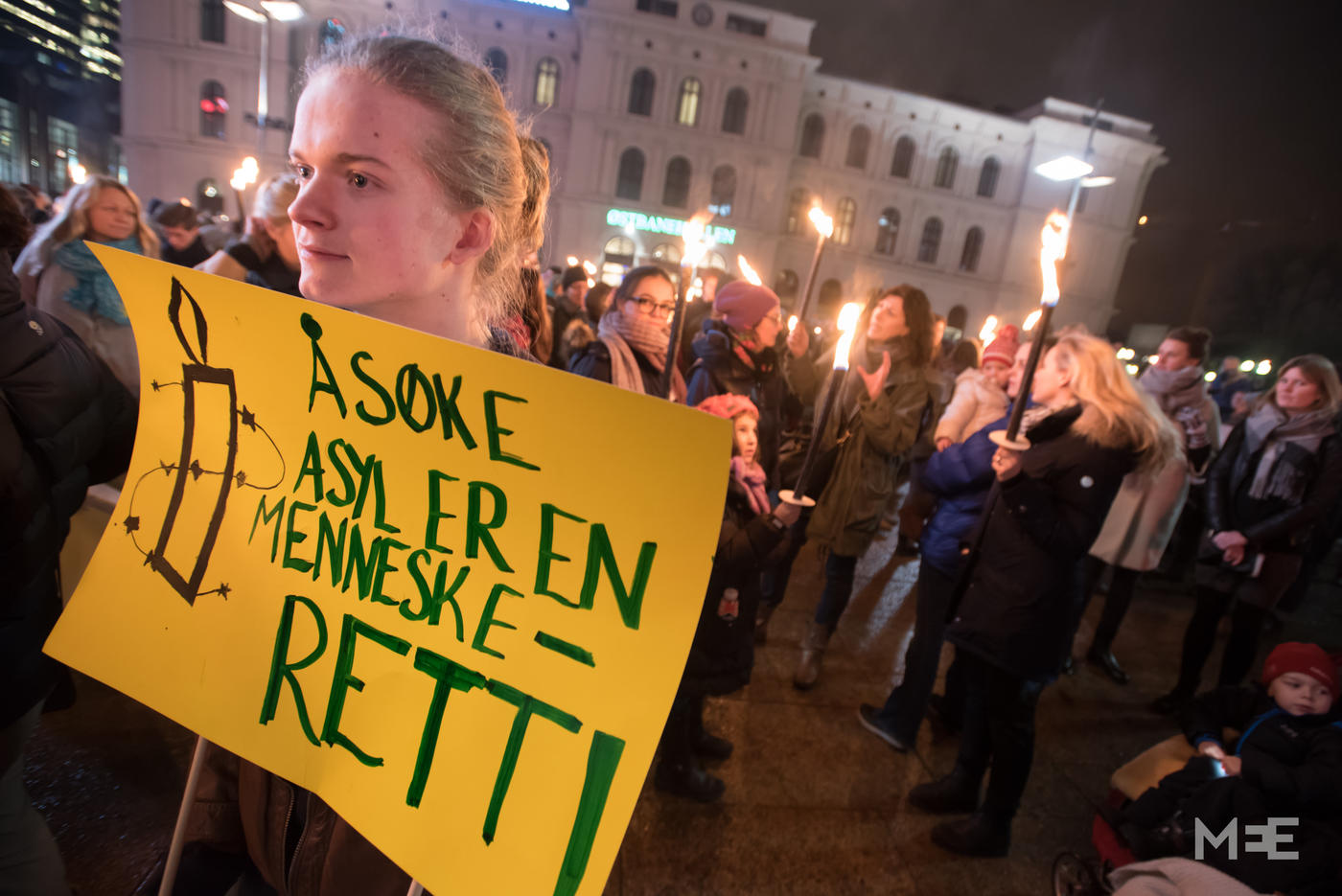 Controversy over refugee policy sparked torch-lit protests in cities throughout Norway on Wednesday. In Oslo, hundreds marched through the city centre to the parliament building to demand humane treatment of asylum seekers.

“We are supporting the refugees who are coming to Norway to stay in a safe place, who are escaping from war,” said Suheil Zbibi, a Syrian refugee who has lived in Norway for two years. His message to the Norwegian government is: “Be kind to those people, don’t send them back to the war and to dangerous places.”

Just a week before, 13 migrants were deported through the Storskog crossing at Norway’s northern border with Russia. Norway has deported 230 migrants to Russia thus far, and about 80 still remain near Storskog uncertain of their fate. Norway has at least temporarily halted its deportations at Russia’s request, citing “security reasons”.

Some 5,500 migrants, primarily from the Middle East and Afghanistan, crossed the northern border in 2015 - many of them on bicycles since authorities do not allow crossing on foot.

Last year the European court of human rights condemned Russia for deporting three asylum seekers to Syria and has criticised its pattern of returning people to countries where they face torture and abuse. Of 5,000 Syrians who fled to Russia in the last six years, only two have been granted asylum.

“The problem today is what's going on both in Storskog and also the thinking that our government has to strip people of their resources when they come here,” said vigil attendee Kristin Groven Holmboe.

Holmboe was referring to proposals by members of the right-wing Progress Party (FRP), part of Norway's ruling coalition, to mimic a new Danish law to seize cash and valuables from asylum seekers. Norway’s Prime Minister Erna Solberg has since said that her government will not copy the controversial policy. But the proposal to do so was made at an annual meeting of local FRP leaders and their party’s spokesperson had previously told Norwegian media that Denmark’s policy was a reasonable demand.

Holmboe and other protesters compared the Danish law to the seizure of Jewish valuables by Nazi Germany. Some carried signs with the slogan, “Du ma ikke sove!” the title of a 1936 poem by Norwegian Arnulf Overland.

“The meaning is, ‘be awake, don't sleep,’” said Jon Haakon Hustad, who explained that Overland wrote his poem before the Second World War because he saw the warning signs of what was to come.

“That message works today because now we can see what happens in Denmark,” said Hustad. “They're robbing the asylum seekers coming to the country [and] politicians in Norway applaud that. So that's very dangerous.”

Muslim youths in headscarves carried a sign with another line from Overland’s poem: “Du ma ikke sitte trygt i ditt hjem og si: Det er sorgelig, stakkars dem!” (“Do not sit safely in your home and say: It is sad, poor them!”)

Concern about Islamophobia was a key theme in Human Rights Watch’s recently released World Report 2016. As executive director Kenneth Roth said in the report, public discourse has become preoccupied with "voices of hatred and fear of Muslims, for whom the refugees are surrogates.”

The report described Europe's fear of refugees as "a dangerous distraction from its own home-grown violent extremism, given that the Paris attackers were predominantly Belgian or French citizens". Norway’s worst episode of terrorist violence was committed by an ethnic Norwegian, Anders Behring Breivik, who killed 77 people on 22 July 2011 motivated in large part by anti-immigrant hatred.

According to Holmboe, Norway’s government continues to stoke anti-immigrant sentiment, and not enough people are speaking out.

“All the rhetoric they're using is making people afraid,” said Holmboe. “It's making people consider these refugees and asylum seekers like they're not human. It's not Norwegian tradition.”

Some of the strongest voices against the government’s policy and rhetoric have come from the Church of Norway.

“We are very concerned about how we as a nation welcome people suffering in poverty and come here with fear,” Presiding Bishop Helga Haugland Byfuglien told the Norwegian Broadcasting Corporation (NRK). “We will challenge the Norwegian community to pursue a policy that is in line with the values that we want to build our country on. It's about human dignity, kindness and mercy.”

“The message we brought today is that Jesus said something about the stranger,” said Johannes Thoresen Elgvin, a regular churchgoer, who marched on Wednesday carrying a sign quoting Jesus in the Gospel of Matthew: “I was a stranger, and you welcomed me.”

Signe Myklebust, a deacon in the Church of Norway in Drammen, carried a sign with the corresponding passage in which Jesus challenges those with hard hearts: “I was a stranger and you didn’t welcome me.”

“We shouldn't label them Muslims or whatever,” said Thoresen Elgvin, but instead, “have open hearts for the stranger”.

Some 31,000 people sought asylum in Norway last year, of whom 18,431 people received permanent residence while 7,825 were refused, including at least 500 children.

When asked if as a refugee he has felt welcomed by most Norwegians, Zbibi says yes, “but it's more difficult at the moment because the country is more stressed as a lot of people are coming, and from all over the world, not only from Syria”.

While most protesters did not have much hope for a change in policy until there’s a change in Norway’s government, Zbibi’s concern remained focused on his homeland: “The best solution for refugees is to stop the war in our countries. It doesn't help if refugees travel everywhere every day to Europe - the most important thing is to stop the war.” 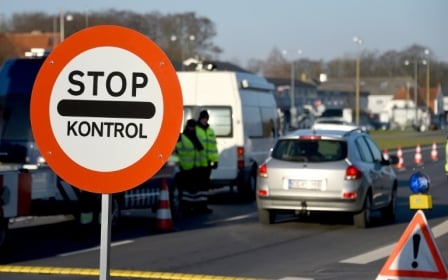