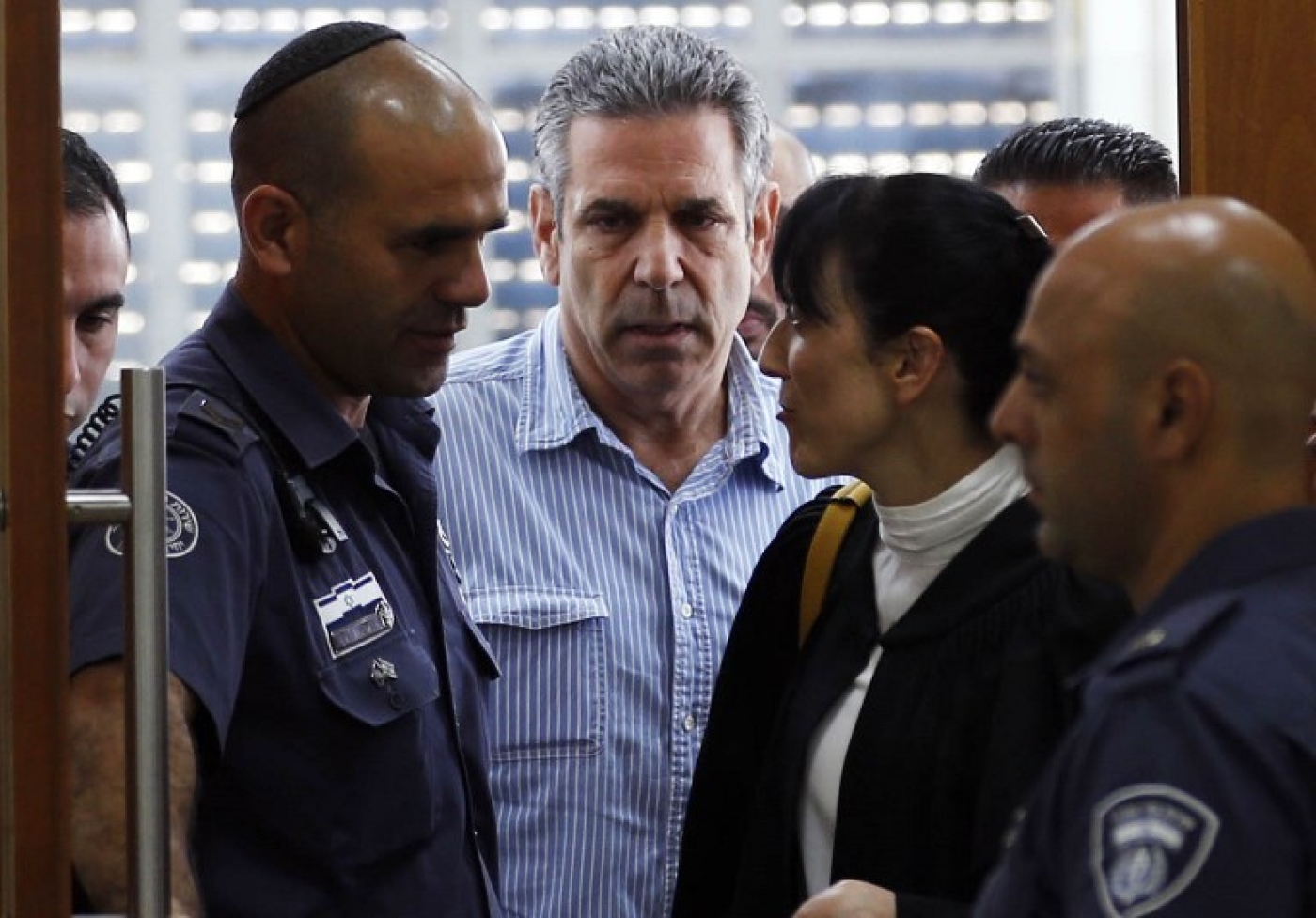 Gonen Segev, a former Israeli cabinet minister indicted on suspicion of spying for Iran is seen in court in Jerusalem, 5 July 2018 (AFP)
Par
MEE and agencies

A former Israeli minister charged with spying for Israel's arch-foe Iran has reached a plea deal with prosecutors that will see him serve 11 years in prison, the justice ministry said on Wednesday.

As part of the agreement, Gonen Segev will plead guilty "to serious espionage and transfer of information to the enemy," the ministry said in a statement.

Segev, energy minister from 1995 to 1996, was indicted in June. The Shin Bet, Israel's internal security service, said during this time he had been recruited by Iranian intelligence while living in Nigeria and had "served as an agent".

Investigators found that Segev made contact with officials at the Iranian embassy in Nigeria in 2012 and that he visited Iran twice for meetings with his handlers, the Shin Bet said.

Segev, it said, received an encrypted communications system from Iranian agents and supplied Iran with "information related to the energy sector, security sites in Israel and officials in political and security institutions".

Segev's lawyers, Eli Zohar and Moshe Mazor, said in a statement that as part of the deal a charge of treason was dropped.

"Indeed Mr Segev had contacts with Iranians, but his motive was not 'to aid the enemy in time of war' - treason. That is why that offence was removed, inter alia, from the amended indictment.

"The amended charge sheet filed today and the plea bargain that was reached returns this case to its natural and proper proportions," the Hebrew-language statement of Segev's lawyers said.

A sentencing hearing was set for 11 February in the Jerusalem District Court.

The trial of Segev opened in July but was held behind closed doors in the Jerusalem district court, with few details of the accusations publicly released.

He was arrested in May during a visit to Equatorial Guinea and extradited to Israel.

The Shin Bet accused Segev in a statement at the time of providing Iran with "information related to the energy market, security sites in Israel, buildings and officials in political and security bodies, and more" while he was living in Nigeria between 2012 and his arrest in May last year.

Segev served in the Labor government of prime minister Yitzhak Rabin, who was assassinated in 1996 after casting the decisive vote in favour of the Oslo II peace agreement with the Palestinians in 1993.

In 2004, he was charged with trying to smuggle 30,000 ecstasy pills into Israel from the Netherlands using a diplomatic passport with a falsified expiry date.

The following year, he admitted the charges as part of a plea bargain.

He has also been convicted of attempted credit card fraud.

Israel has long been locked in a shadow war with Iran, which supports the ruling group Hamas in the Gaza Strip and Hezbollah in Lebanon. Iran has accused Israel of being behind acts of sabotage and assassinations of scientists involved in its nuclear programme.