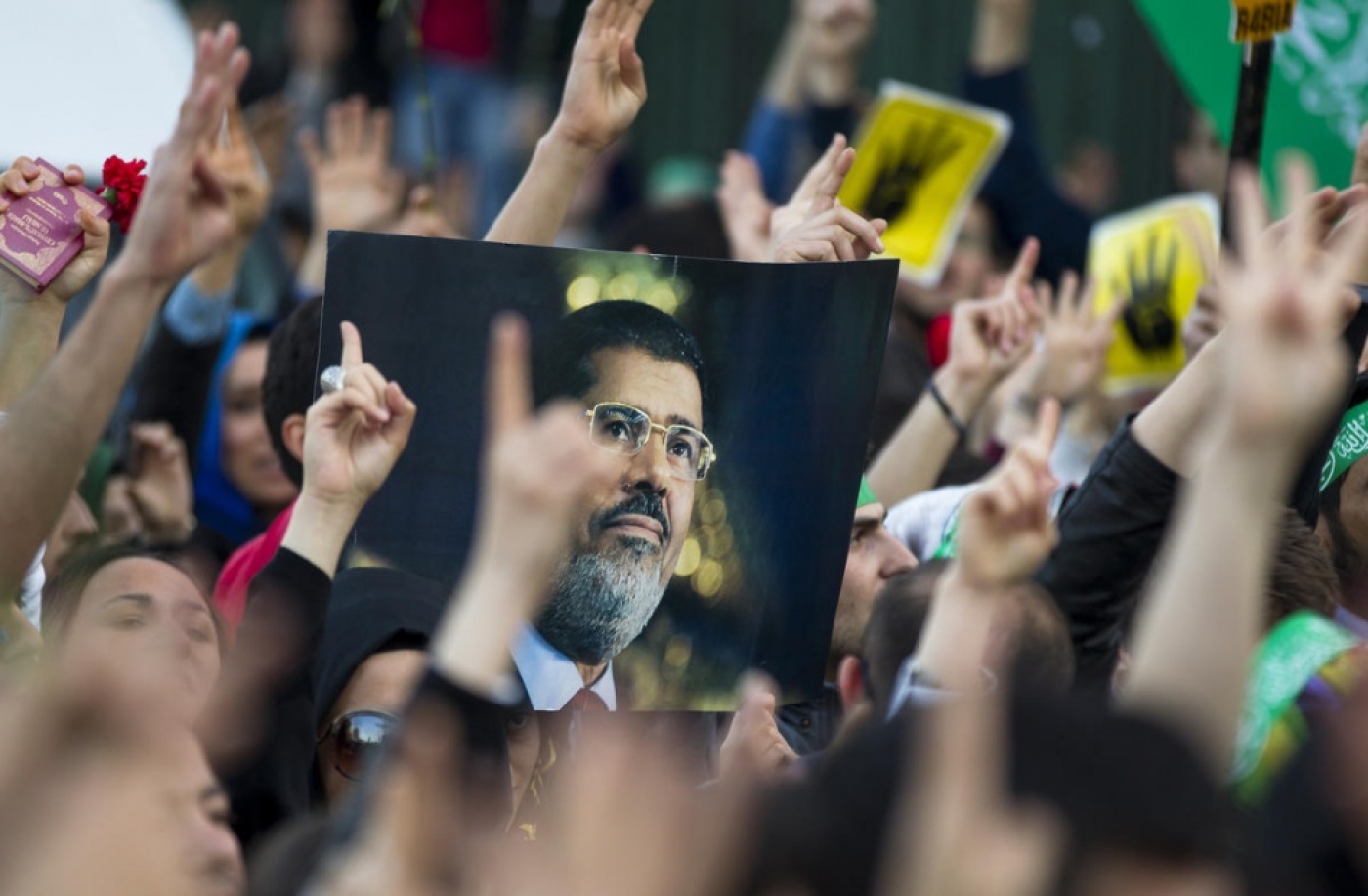 An academic published by a think-tank, said to be close to the UAE rulers, has distanced himself from recent reports in The Telegraph that alleged he was involved in a UK government review into the Muslim Brotherhood.

The Telegraph over the weekend quoted Lorenzo Vidino as someone who had “worked on the Cabinet Office report” citing an opinion piece he authored for the UK-based daily on the Muslim Brotherhood.

“It is clear that the Brotherhood has many dark spots, ranging from its ambiguous relationship with violence to its questionable impact on social cohesion in Britain,” Vidino wrote on 19 October.

However, Vidino told MEE he had not read the review and said The Telegraph had incorrectly portrayed his role in the government investigation.

“I was blindsided by The Telegraph,” he said. “It overstates the case of what my involvement was in the review. I was simply commissioned to do a paper and brief the people conducting the review – as many academics have been asked to do.”

The Telegraph did not respond to requests for comment at the time of publication.

UK Prime Minister David Cameron launched an investigation into the Muslim Brotherhood in April and appointed his ambassador to Saudi Arabia Sir John Jenkins to head the review.

The decision prompted a hail of criticism that accused the prime minister of succumbing to pressure from Gulf allies Saudi Arabia and the UAE, who regard the group as a terrorist organisation and supported last year’s popularly-backed military coup in Egypt.

Vidino is the author of The West and the Muslim Brotherhood After the Arab Spring and has held positions at the non-partisan US think-tank RAND and the Harvard Kennedy School of Government.

The Economist, in its review of the work, said that Vidino has “prophesied…that the Brotherhood’s ultimate goal is to extend Islamic law throughout Europe and America. He has berated those who fail to see the danger as hopelessly naïve.”

These views, coupled with links to the al-Mesbar Studies and Research Centre (MSRC), has led Emirati political activists to question whether Vidino should be presented as an impartial voice when discussing the Muslim Brotherhood.

MSRC published Vidino’s The New Muslim Brotherhood in the West. It is chaired by Turki al-Dakhi, a prominent Saudi broadcaster on Al Arabiya, which is part of the MBC Group owned by Walid al-Ibrahim, brother of the widow of the late King Fahad bin Abdulaziz al-Saud.

The organisation has been accused by Emirati political dissidents of being a front for the UAE government.

“The al-Mesbar Centre is run by a group of Saudi men who work for [Crown Prince of Abu Dhabi] Mohammed bin Zayed and do the job of the security services through the organisation,” a former high-ranking UAE judge and political dissident, who asked to remain anonymous, told MEE.

“There are no independent civil society groups in the UAE because all have to be approved by the state and this one is simply another front in the war against the Muslim Brotherhood.

“No one writing for the al-Mesbar Centre can be considered impartial,” the source added.

According to Human Rights Watch, NGOs are tightly regulated by law in the UAE, which prohibits them from interfering “in politics or in matters that impair state security and its ruling regime”.

In 2012, Emirati authorities shut down the Abu Dhabi office of RAND as well as pro-democracy think-tanks Konrad-Adenauer-Stiftunk and the National Democratic Institute.

Vidino responded to allegations about his impartiality by defending his academic work and links to organisations like RAND.

Vidino also defended al-Mesbar as “independent” and “run by Saudis”.

“I do not work as an advisor to him [Mohammed bin Zayed] but I have good relations with him,” Dakhi said in an interview in January this year with the Dubai-based DMTV channel.

“The grace of his virtue is above all. The most important and most widespread of all graces are those he bestows upon me. So anything he asks of me […] yet, I do not have a job as an advisor to him.”

MSRC did not respond to inquiries for comment prior to publication, but Vidino said the organisation “had no role whatsoever” in the UK government review of the Muslim Brotherhood.

The controversial UK government review of the Brotherhood was widely reported to have been completed in July.

In August, the Financial Times (FT) reported that the review concluded that “the group should not be labelled a terrorist organisation and in fact […] found little evidence its members are involved in terrorist activities.” The FT report went on to say the review’s release had been delayed because of its conclusions and their diplomatic implications.

“Sir John will say that the Brotherhood is not a terrorist organisation. The Saudis and Emiratis will then be very upset with us,” a source told the FT.

The Telegraph report, however, contradicted the FT, describing their analysis as “politically motivated speculations”.

It is not known when the review will be made public or how much of the report will be published.