A Palestinian protester hurls a stone towards Israeli troops during clashes along the border with Israel in the Gaza Strip on 20 November, 2015 (AFP)
Par
AFP

Israeli troops shot and killed a teenager in Gaza during clashes on Friday near the border fence, the health ministry and witnesses in the beseiged Palestinian enclave said.

Witnesses said soldiers opened fire at a group of young Palestinians who had gathered near the security barrier between Israel and the Gaza Strip and threw stones at Israeli lookout towers.

Qodra said the teenager was struck in the head and taken to hospital where he was pronounced dead.

The border region between Israel and Gaza is the scene of near weekly Friday confrontations.

Witnesses said dozens of young Palestinians pelted the lookout tower with stones and that the soldiers repeatedly opened fire at them.

Israel and Palestinian militants in Gaza have fought three wars since 2008 and there are frequent flare-ups along the border.

Israel regularly responds to rocket fire from militants in Gaza with air strikes.

Last month, it carried out dozens of strikes in Gaza in response to rocket fire, a greater response than usual.

The Gaza Strip is run by the Islamist Palestinian movement Hamas.

It has been under Israeli blockade for around a decade and its border with Egypt also remains largely closed. 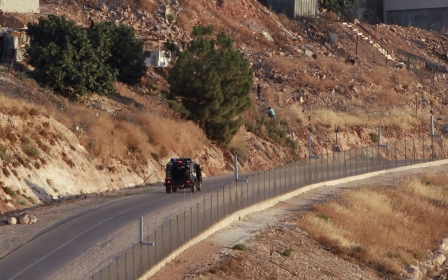