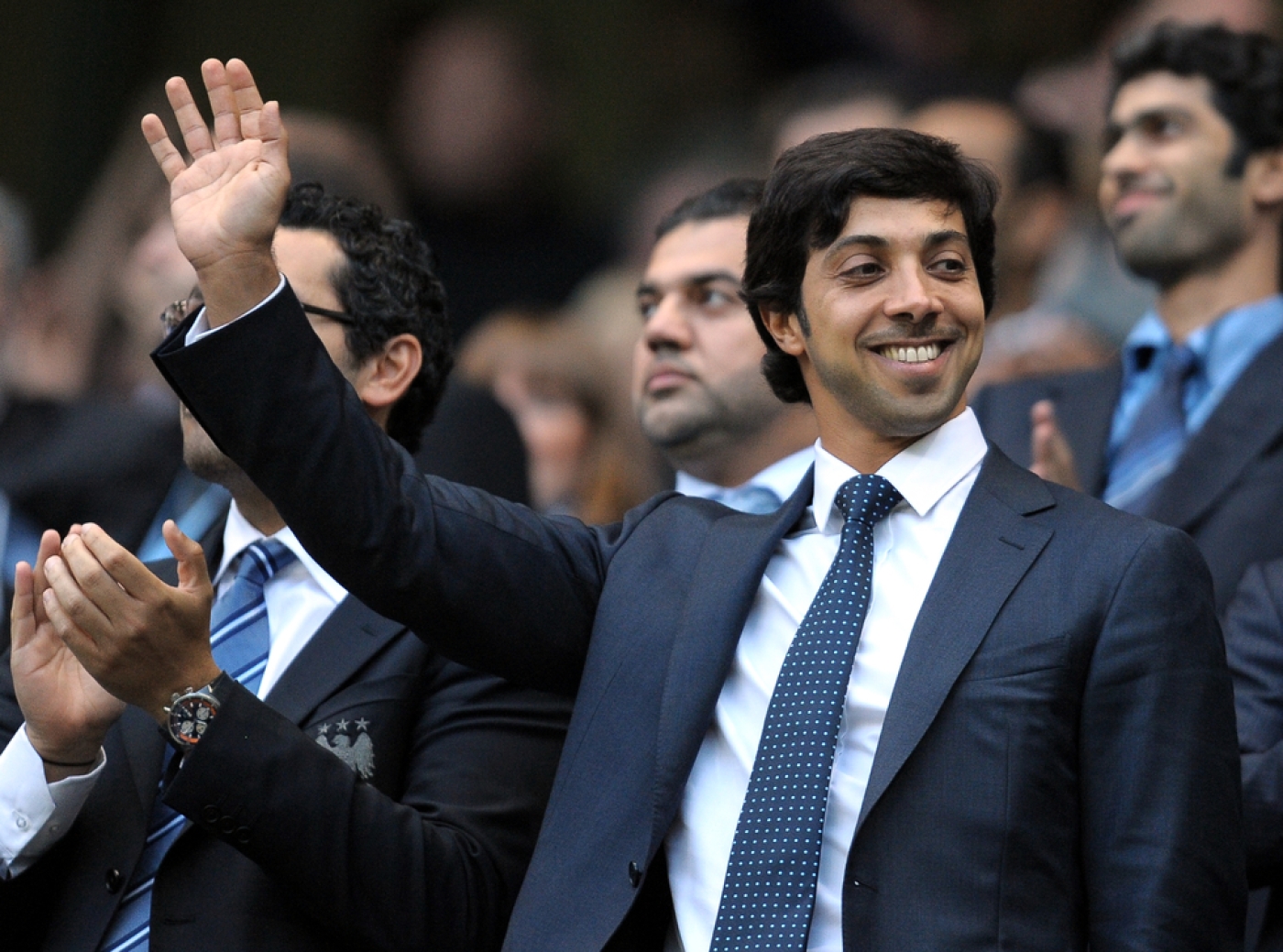 A senior Emirati royal is a significant shareholder of a billion-dollar company that is covertly acting as the biggest supplier of beef to the Israeli meat market, despite the UAE and Israel officially having no diplomatic relations.

Middle East Eye can reveal that Sheikh Mansour bin Zayed al-Nahyan owns at least a 40 percent stake in Emirates Future - a UAE-based food company that through a series of complex business transactions is a key trading partner to an Israeli firm with links to the son of former Israeli prime minister Ariel Sharon.

Sheikh Mansour is not listed on the Emirates Future (EF) website as an owner of the food company. But a Jordanian branding firm, Overhaul, has stated that it sold EF a commemorative box to celebrate Sheikh Mansour buying his stake in the company.

The Overhaul webpage was created at some point between October last year and February this year. The company did not respond to a question asking when they made the box for Sheikh Mansour.

Emirates Future also did not respond to a request for comment and Sheikh Mansour has not publicly declared his interest in the company.

The Emirati prince has appeared in public on several occasions to help EF expand its business, including in April 2014 when he helped the company secure a deal aimed at increasing sales in the Halal food industry.

He also opened a trade event in January this year where, in his role as chairman of the Abu Dhabi Food Control Authority, he oversaw a day in which EF were among a group of companies who secured deals worth 3.7 billion Emirati dirhams ($1.3 billion).

An overview of the company’s portfolio on the EF website says that it was established in 2012 to launch a joint business venture with a major Jordanian food company, the Hijazi and Ghosheh Group.

Amman-based Hijazi and Ghosheh was founded in 1985 by the group’s chairman Isam Hijazi and vice-chairman Abdul Razzaq Ghosheh. The company is a market leader in the export of food and livestock, with business magazine Venture describing it as “one of Jordan’s most powerful companies”.

The joint business venture between EF and Hijazi and Ghosheh was founded with investment from a “strategic UAE partner” according to the EF website, which does not name the people behind the deal.

Hijazi and Ghosheh exports food and livestock all over the world through its Australia-based company Livestock Shipping Services (LSS), which was founded in 1998 and is headquartered in the western city of Perth. The managing director of LSS is Ahmad Ghosheh – a member of one of the two families that make up the Hijazi and Ghosheh Group.

The LSS website names Israel as one of numerous markets it exports to on its fleet of huge transport vessels that can carry up to 20,000 cattle in one journey from either Australia or South America to the Middle East.

LSS delivers into Israel via the southern port city of Eilat, where the animals are immediately transferred to a nearby quarantine station in Kibbutz Eilot.

The value of the cows sold to Israel is not known, but TheMarker reported in 2014 that until 2012 Hijazi and Ghosheh was the sole supplier of calves to Israel, meaning the business would be worth at least tens of millions of dollars. Since then the market has opened up slightly with livestock being sold into Israel from the European Union and now from the United States.

Once the animals are cleared to leave Hijazi and Ghosheh’s quarantine station in Eilot they are delivered to Saleh Dabbah and sons – EF’s key Israeli customer – which is a family business owned by Ahmed Dabbah, who is an Israeli-Palestinian politician with close ties to the family of the late Israeli prime minister Ariel Sharon.

Dabbah was a member of the Likud Party until 2005, when Ariel Sharon left to form the Kadima Party. In August 2012 Dabbah was selected to the Israeli parliament where he served for six months as Kadima’s first Israeli-Palestinian representative.

Dabbah’s company owns large slaughterhouses across Israel, where animals are culled in line with Israeli Kosher requirements. The animals’ meat is then sold and distributed to supermarkets and businesses to be bought by the public.

In 2014 Omri Sharon – son of Ariel – was elected to lead the Israeli Cattle Breeders Association. He was reportedly chosen as the industry’s new head because he knows how to “play dirty”.

Sharon was forced to resign as a member of parliament and served five months in prison in 2008 after being convicted of being involved in political corruption including the alleged laundering of money in relation to his father’s election campaign in 1999. The scandal took place at the same time as when Dabbah was working on the Sharon campaign.

The specific nature of the relationship between Dabbah and Omri Sharon is not known but as head of Israel’s cattle-breeding industry organisation there is likely at least some interaction on a business level between the two given the prominence of Dabbah’s firm in selling meat domestically.

While Jordanian and Israeli companies can do business in the open, Emirati-Israeli trade is far more secretive due to the two countries officially having no diplomatic relations.

However, behind the scenes in recent years Israeli and Emirati leaders have become increasingly close, including forging a secretive security relationship that has seen an Israeli owned company install a mass civil surveillance system in Abu Dhabi. And in November last year Israel announced it was sending its first diplomatic representative to the UAE, albeit to the Abu Dhabi based International Renewable Energy Agency (IRENA).

The burgeoning relationship between Israel and the UAE has had to remain covert because, at least for the Emiratis, it is a domestically sensitive issue due to the fact that most people in the UAE are strongly supportive of the Palestinian cause of statehood.

Yitzhak Gal, professor of political economy at Tel Aviv University, previously told MEE that any trade taking place between companies in Israel and the UAE would have "the blessing" of those in charge of each country.

A spokesperson for Israel's Ministry of Agriculture said they could not comment on the story.

The need for discretion while trading may partly explain why Israel is mentioned nowhere on the EF website, despite it being a market that provides the company with a significant amount of annual income.

The significance of this income is not known because neither EF, Hijazi and Ghosheh, or LSS have published how much money they earn from selling into Israel.

And while their Israeli partner Dabbah does not reveal the scale of their earnings from the calves sold to them by LSS, that company has been described in the past as being part of a monopoly that controls the Israeli beef market that keeps prices artificially high.

The 2014 Marker report said the Dabbah family company controls at least 60 percent of the Israeli beef market, and that despite domestic prices of cow production falling, the price of beef has remained high because "there is no market" in Israel due to the monopoly of Dabbah - accusations the Israeli company have denied in the past. 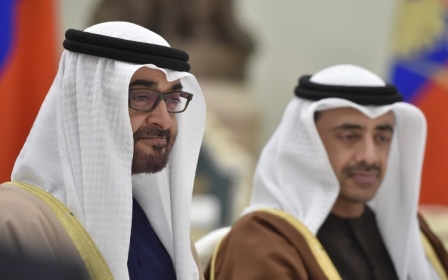 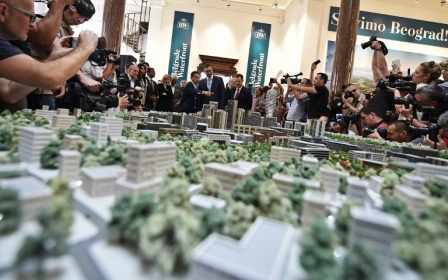 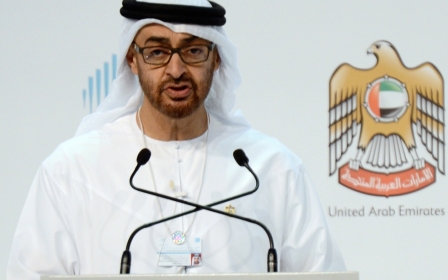