Saudi bars 600,000 Palestinians from Hajj and Umrah with passport ban 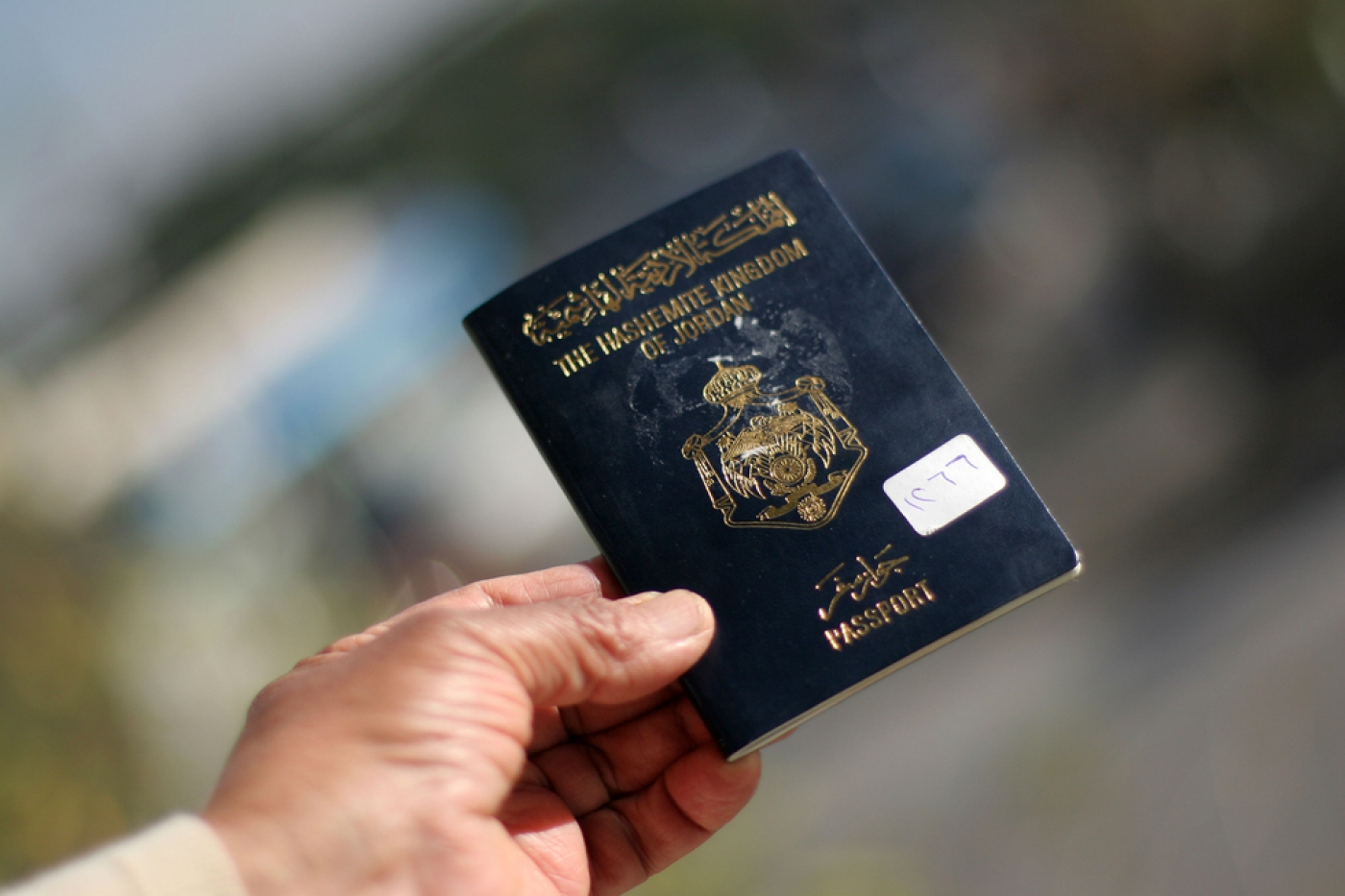 Saudi Arabia has banned Palestinians holding temporary Jordanian passports from entering the country, effectively barring hundreds of thousands of people from undertaking the Hajj and Umrah pilgrimages, heads of tourist companies in Palestine and Jordan have confirmed to Middle East Eye.

Several travel agents spoken to by MEE said they had been told at the start of this month that they should not apply for visas for anyone seeking to travel on a temporary Jordanian passport, although no official announcement has been made.

The measure directly affects almost 634,000 Palestinians living in Jordan and Israeli-occupied East Jerusalem, who have no access to any other form of travel document allowing them to go to Saudi Arabia, where millions of Muslims travel each year on pilgrimage to the holy cities of Mecca and Medina.

Palestinian refugees from the Gaza Strip who live in Jordan, estimated to number around 150,000, are also issued the temporary passports, while Palestinians living in the Israeli-occupied West Bank are legally entitled to apply for one also.

Kamal Abu Dhiab, the head of the Jordan Society of Tourism and Travel Agents, told MEE that the organisation had been informed "verbally over the phone" of the measure by the Saudi consulate in Amman.

"I can confirm that they informed us not to send any Jordanian temporary passports to get a visa. The Saudi consulate informed us recently, and their message was not written but verbal," Abu Dhiab said.

Abu Khaled al-Jimzawi, the owner of the al-Odeh Office for Tourism in East Jerusalem, said that he had been informed of the decision by the Palestinian Ministry of Awqaf and Religious Affairs in Ramallah, the administrative capital of the Palestinian Authority-run West Bank.

"We were informed of the decision at the beginning of September. They [the Saudi authorities] have informed Palestinian and Jordanian tourist companies and the Palestinian Ministry of Awqaf that they will refuse to issue visas for any temporary passport that has no national number," Jimzawi said.

Palestinians in East Jerusalem are being encouraged instead to apply for passports issued by the PA, the owner of an Umrah and Hajj travel agency told MEE, speaking on condition of anonymity for fear of losing his contract with the Saudi Ministry of Hajj and Umrah.

Tourist companies in Jordan and Palestine must abide by legal contracts with the Saudi Ministry of Hajj and Umrah. Registered companies require a username and a passport from the ministry that allow them to apply for visas and upload documents online.

According to the travel agent, the PA passport will cost Palestinians 240 shekels ($65), be valid for one year only and take a day to be processed.

"Palestinians in Jerusalem are afraid of the repercussions of this decision. If they apply for a document issued by the PA, they are afraid their legal status and residence in Jerusalem could be put in jeopardy," he said.

Israel occupied East Jerusalem in the 1967 Middle East war, and has since attempted to annex it in a move never recognised by the international community. Palestinians who remained in the city and their descendants are under Israeli law recognised as East Jerusalem residents. But this status is often revoked by Israel for a myriad of reasons - such as dual nationality.

On the Day of Atonement, the occupation means never having to say you’re sorry
Gideon Levy
Lire

It is unclear if passports issued for Palestinians in East Jerusalem by the PA will have a national number. If so, it could potentially allow Israel's interior ministry to revoke their Jerusalem residency rights and expel them as foreign nationals under the 1952 "Entry to Israel" law.

However, an official who works for the Palestinian cabinet, speaking on condition of anonymity, denied that the PA would issue passports to East Jerusalem residents who hold Israeli identity cards, saying that its policy is not to issue documents to Palestinians from East Jerusalem even if their ID cards are revoked by Israel.

Saudi embassies in London and Amman and the Ministry of Hajj and Umrah did not reply to MEE requests for comment.

Jumana Ghunaimat, Jordan's minister of state for media affairs, told MEE that she was not aware of any new directives to cease issuing visas to Palestinians holding temporary Jordanian passports, and said that "no official announcement has been made".

Dhiab, the head of the Jordan Society of Tourism and Travel Agents, said the reasons for the rule change were not clear, adding that Saudi Arabia regularly made changes to the visa requirements and regulations.

He cited the sudden introduction in 2016 of a new policy which required anyone visiting Mecca twice within a two-year period to pay a fee of 2,000 Saudi riyals ($533), and a directive issued in 2011 requiring Jordanians to carry biometric passports.

About 6,600 people from East Jerusalem, the West Bank and the Gaza Strip travelled to Saudi Arabia on Hajj in 2017, while an average of 50,000-70,000 people from the same areas undertake the Umrah pilgrimage annually.

But after the Oslo Accords between Israel and the Palestine Liberation Organisation, which established the Palestinian Authority, Palestinians in the West Bank and the Gaza Strip started getting their visas in passports issued by the PA.

What's in Trump's 'deal of the century'? The answers are in plain sight
Lire

East Jerusalem residents continued to use temporary Jordanian passports, a legacy of the status of Jordan's Hashemite ruling dynasty as custodians of Jerusalem's holy sites and the Jordanian annexation of the West Bank and East Jerusalem until their occupation by Israel in 1967.

Some Palestinian and Arab media have linked the Saudi move to US President Donald Trump's as-yet-unannounced "deal of the century" proposal, amid rumours that Washington sought Saudi support for measures that would revoke the right of return of Palestinian refugees displaced by the creation of Israel in 1948 and subsequent Middle Eastern wars.

The measures would see Palestinian refugees in Lebanon - of which there are an estimated 173,000 - and Jordan fully naturalised and granted national ID numbers. Palestinians in East Jerusalem could apply for an Israeli passport, reports said.

Israeli politicians have also expressed a wish for custodianship of the Jerusalem holy sites to be switched from the Hashemite dynasty to Saudi Arabia.