Leaked message purportedly sent from the Emirati ambassador to the US, Yousef al-Otaiba, says a takeover would 'solve everyone's problems' 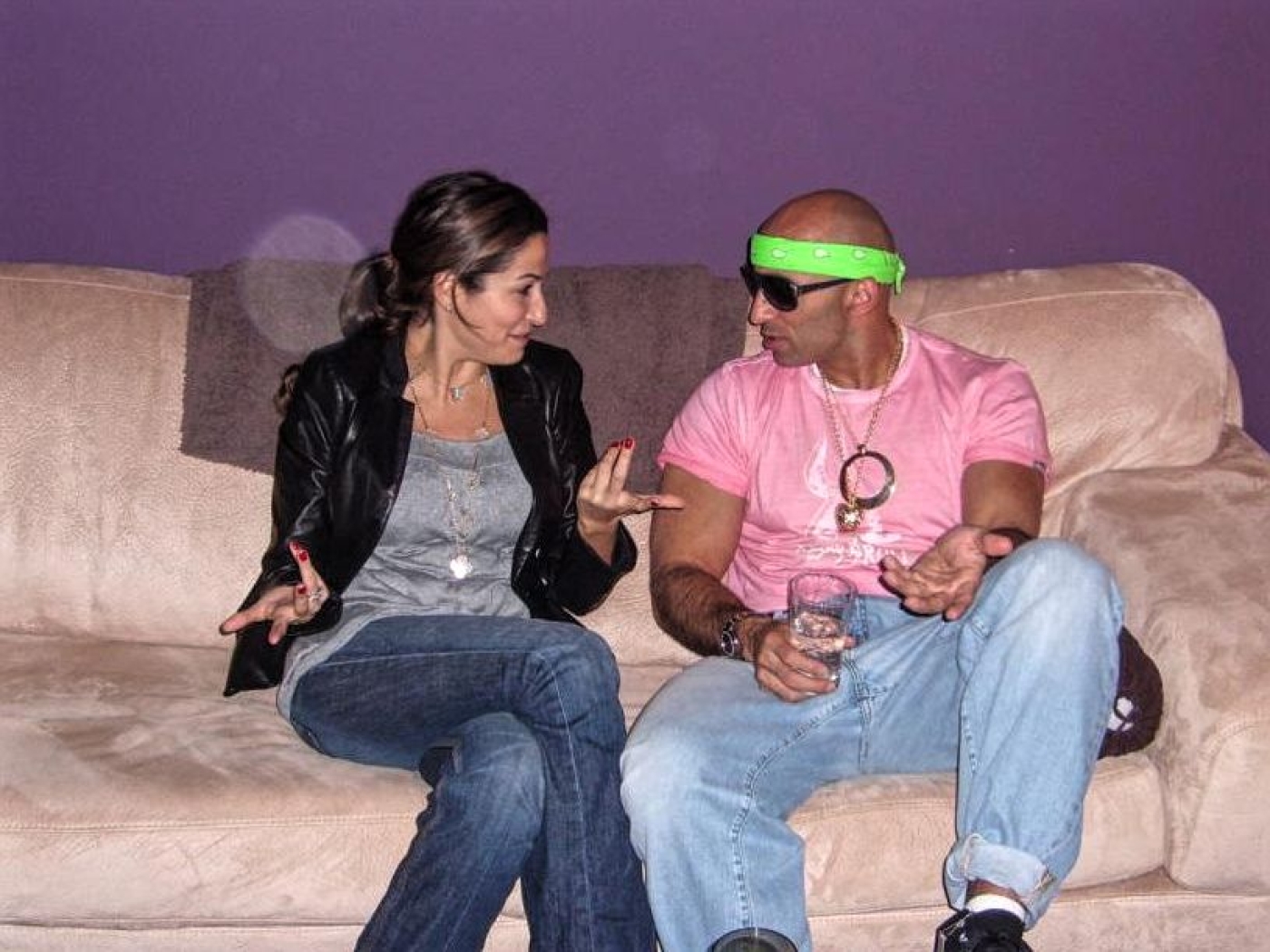 A photo, appearing to show Yousef al-Otaiba, was released alongside this latest tranche of emails (screengrab)
Par
Olivia Alabaster

Saudi Arabia came close to "conquering" Qatar, according to a recent email purportedly sent by the Emirati ambassador to the US, Yousef al-Otaiba.

The claim came in a new batch of leaked emails released online overnight on Wednesday by an unknown party.

In a May 2017 email thread with former US diplomat Elliott Abrams, Otaiba wrote that conquering Qatar would "solve everyone's problems. Literally. And King Abdullah of Saudi came pretty close to doing something in Qatar a few months before he passed" in January 2015.

"Foreigners won't interfere," he added. "Promise the Indians a raise, promise the police a raise and who is going to fight to the death?" he wrote, presumably referring to Qatar's high migrant population of South Asian workers.

Otaiba replied: "That was the conclusion. It would be an easy lift." 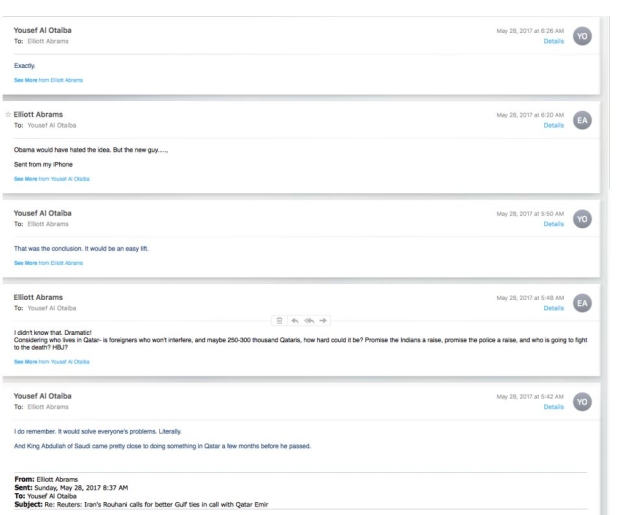 "Obama would have hated it," Abrams replied, "but the new guy ..." he added, appearing to imply that current US President Donald Trump would support such a military takeover of Saudi Arabia's Gulf neighbour.

Otaiba was originally responding to a suggestion from Abrams that Jordan should conquer Qatar.

"The Hashemites need to conquer Qatar," Abrams wrote, as "that solves their cash problem and the problem of Qatari support for extremism."

Abrams was a deputy assistant to US president George W Bush and deputy national security adviser in his administration. He is currently senior fellow for Middle Eastern studies at the Council on Foreign Relations.

A month after this email exchange took place, Saudi Arabia, the UAE and Egypt announced an economic and political blockade of Qatar, accusing it of supporting "terrorism," a charge Doha denies.

A spokesperson at the UAE embassy in the US told MEE that she was "not in a position to confirm or deny" whether the emails were genuine.

A representative for Abrams has not, at time of writing, responded to MEE's request for comment.