Shai Masot eased into his role as 'political officer' at the Israeli embassy in London. But his Machiavellian ways were his undoing 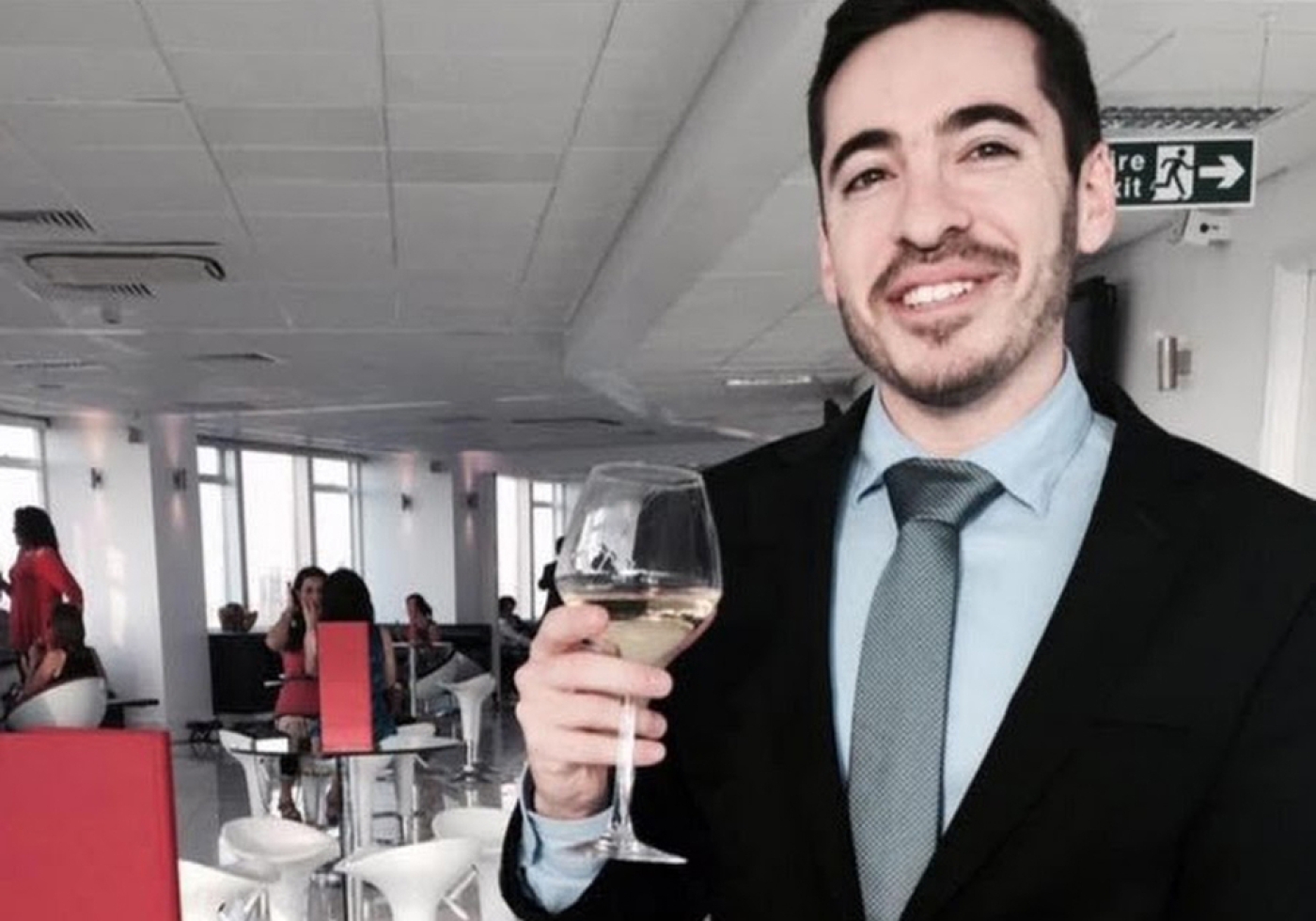 Shai Masot once described himself as a man with "open views" who was committed to doing good in the world. Then he described Niccolo Machiavelli, a man infamous for promoting cunning and duplicity in statecraft, as his "god".

It is perhaps a telling contradiction that defines the now former "political officer" at Israel's embassy in London. Masot caused outrage after tapes were released on Saturday showing him plotting to "take down" Alan Duncan, a British MP and a vocal opponent of illegal Israeli settlement building in the West Bank.

Only, there is a difference between Masot and his "god": Machiavelli was never caught in the act. For his sins, Masot will soon be leaving the UK and while the British government considers the matter "closed", the days ahead promise to reveal more details of his dealings inside the British political establishment.

In its statement condemning Masot's actions, the Israeli embassy attempted to pass him off as a junior staffer. Masot revealed details of his biography in the recorded conversations, and it is clear from this he is no lowly embassy intern.

Apparent damage limitation efforts have seen much of his online presence removed - his Twitter profile is no longer public, no Facebook page appears to exist - but one glimpse into his mind comes from a "couch-surfing" profile he published in 2013 which was public until it too was removed on Saturday.

"About me: Interested in international relations and politics, working in the field for the last 10 years and intend to continue developing in that section [in] the future. I am spontaneous, philosophical, open views and appreciate good people and aim to do good in the world.

"Philosophy: We all do better when we work together. Our differences do matter, but our common humanity matters more.

"Books: Niccolo Machiavelli is my God!" 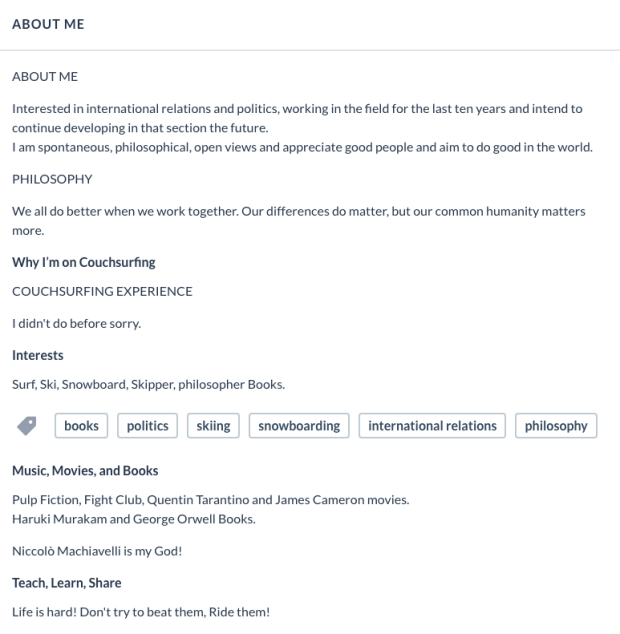 What is known is that Masot served in the navy for eight years, rising to the rank of major. In 2013, he was photographed for the website of COGAT, a subordinate office of the Israeli defence ministry charged with "implementing the government's policy in Judea and Samaria [the West Bank] and vis-a-vis the Gaza Strip".

Masot was pictured showing African dignitaries around the Gaza perimeter fence, wearing the insignia of an Israeli navy captain, or "seren".

In comments made in the undercover recordings, Masot says he gained a masters degree in international relations, and then worked for the defence ministry in Israel for two years.

Some time after his promotion to major, Masot moved into diplomacy, apparently relocating to London after creating his 'couch surfing' profile. He is on record as working for the Ministry of Strategic Affairs, the core of Netanyahu’s effort to fight the Boycott, Divestment and Sanctions movement, which Netanyahu identified as an existential threat to the state.

"The position that they suggested to me to do is to be the liaison for the international communities around the world," he said of his role for the new ministry.

Despite being on record on the leaked tapes as saying he was not a "career diplomat", Masot soon ingratiated himself into senior circles in all of the major British political parties.

The result is the abrupt end of Masot the non-diplomat diplomat, and his former supporters - and friends - running for cover.

She later resigned from civil servant position at Britain's education ministry - a job she only recently started.

Regev and the Israeli embassy also distanced themselves from Masot. He was not a "political officer", as he and others described him - he was now a "junior member" of staff.

"The comments were made by a junior embassy employee who is not an Israeli diplomat," said an embassy statement on Saturday. Masot, it said, "will be ending his term of employment with the embassy shortly".

A statement that appears to be contradicted by the evidence at hand.

In the tapes, Masot himself boasts of his friendship with Regev, but true to Machiavellian type, damns him with faint praise.

Masot's should perhaps heed the words of his "god" Machiavelli, as stated in his seminal work The Prince: "Friendships that are won by awards, and not by greatness and nobility of soul, although deserved, yet are not real, and cannot be depended upon in time of adversity."