Hundreds of Yazidi women and children have escaped IS since 2014. But for most, freedom is only the first step towards rehabilitation 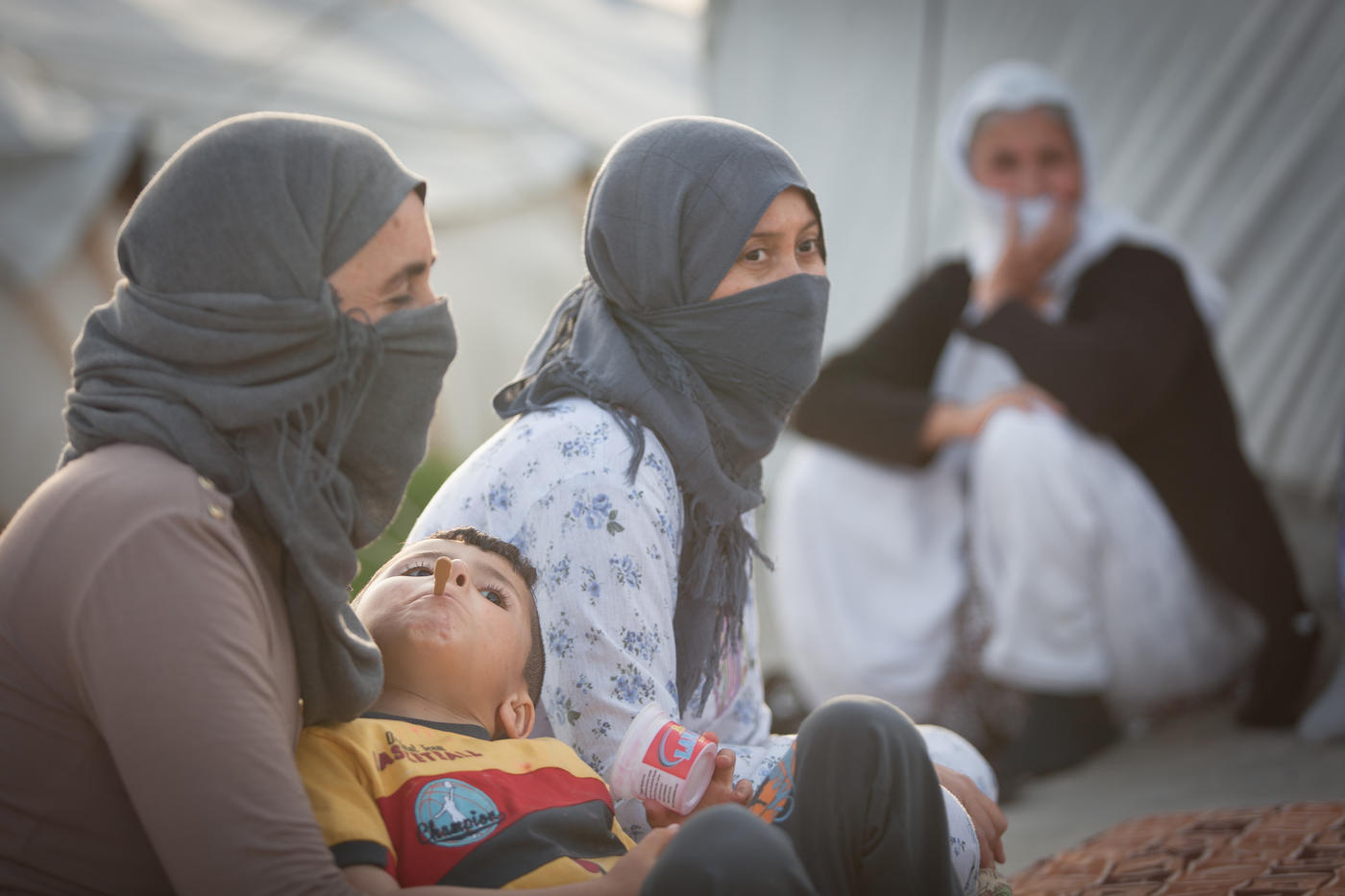 Sinjar, IRAQ - Trapped in the house of her Islamic State enslaver, Nadia would hide when she wanted to pray towards the sun, despite being forced to convert to Islam. Today, the 34-year-old Yazidi spends as much time as possible outside her tent so she can enjoy the warmth of the sun, which she has had tattooed on her right hand as a symbol of her millennial religion.

For the first time in two years, Nadia is a free woman.

“Our life has totally changed," Nadia told Middle East Eye. "We used to be a happy family." Raed, her six-year-old son, sits on her lap as she speaks outside a makeshift shelter she has had to build herself.

Nadia now lives with her child and her sister-in-law’s family just outside the Khanke camp for displaced Yazidis in Dohuk, northern Iraq, two years after IS launched a campaign to eradicate the community and captured thousands as slaves.

“He was just a normal kid before," Nadia said of her son. "But during his captivity he totally changed. He was brainwashed." Raed, who was only four when he was taken by IS along with his mother, still acts as if he was living in the “caliphate”, where he was told that his native language is not spoken in heaven.

“When we ask him something in Kurdish he doesn’t answer so we have to speak to him in Arabic,” his mother explained. Just a week ago Raed, who sometimes behaves violently since his release, still referred to members of IS as “friends.”

'I am an adult but they still successfully brainwashed me'

Of Nadia's four children, Raed is the only one who is free. Her daughter is still a captive in IS-held territory: her two other sons and husband may have succumbed to the same fate as many other male Yazidis and be buried in a mass grave.

While thousands were killed, about 2,600 abducted Yazidis managed to escape between October 2014 and now, according to figures provided by the Kurdistan Regional Government (KRG). But for most, freedom is only the first step toward rehabilitation.

“I am an adult but they still successfully brainwashed me," Nadia said, looking at her son. "They changed my mind. When I was in captivity, I thought I would never be the same."

UN: IS committing genocide against Yazidis

The Yazidi community, which draws some of its beliefs from the pre-Islamic religions of ancient Persia, considers Tawusi Melek, the "Peacock Angel," as a central figure to their faith.

But IS sees him as an equivalent to Satan. Regarded by the IS fighters to be “devil worshippers” and infidels, many Yazidis were killed and possibly buried in as many as 35 mass graves. Thousands more were enslaved while at least 400,000 had to flee when IS started attacking Mount Sinjar (Shingal), home to the majority of the world’s Yazidis, in the early hours of 3 August 2014. The Kurdish Peshmerga fighters who were guarding the region fled instead of defending their positions, abandoning the Yazidis to their fate.

In June, a UN-mandated human rights inquiry concluded that IS is committing genocide against Yazidis that amounts to crimes against humanity and war crimes.

“The genocide of the Yazidis is on-going,” the report noted, adding that “over 3,200 Yazidi women and children are still held by ISIS. Most are in Syria where Yazidi females continue to be sexually enslaved and Yazidi boys, indoctrinated, trained and used in hostilities.”

Nadia and her family were captured one Sunday morning when IS fighters swept across the border from Syria into Iraq and seized her village. They managed to escape the first assault, but were eventually taken hours later: that was the last time she saw her husband and her other children.

“They ask: ‘Why were so many girls not raped but you were?’ They keep blaming the woman."

That same day, Nadia was sent with Raed and Jalila, her sister-in-law, to Mosul. There she was sold at a slave market to an IS member she regarded as “better than some others”.

Jalila, in contrast, was sent to Syria and forcibly “married” to a Tunisian fighter and, later, two Syrians. Intially she would not wash herself to avoid sexual abuse. But eventually, she recalled, "one [of them] put a gun on my head and told me that if I don’t take a shower he would kill me. I was so scared I did take the shower.

“They forced us, it was not our choice,” she insisted, as if she had to justify herself.

For the last three years Elham Ibrahim, a psychologist, has been treating Yazidis seeking support. She currently works in a clinic inside Khanke camp opened by the Jiyan Foundation for Human Rights.

Since the attack on Sinjar, Ibrahim said she had witnessed a dramatic increase in the need for her services. “They have nightmares, flashbacks, they can’t sleep or eat properly. Sometimes even [their relatives] don’t recognise them. They see them as strangers.”

Ibrahim is particularly concerned about the women who were enslaved and sexually abused by IS, not only because they have to overcome their trauma, but also because they sometimes have to face the accusing eyes of their own family in a region where rape survivors can be seen as culprits rather than victims.

“They ask: ‘Why were so many girls not raped but you were?’ They keep blaming the woman. They say it was her fault, they say she liked it,” said Ibrahim, before adding that fortunately “many families accept it and have no problem with it.”

Ibrahim is hopeful but realistic and knows that more remains to be done before a sexually abused Yazidi woman can rebuild her life. “Without treatment she might very well kill herself,” she said, adding that some of her patients had attempted suicide.

Jalila’s mother, the only member of the family who was not kidnapped by IS, welcomed her daughter home with relief but also sorrow: Jihane knew her daughter had changed. When Nadia later escaped with Raed, Jihane recognised the same lifeless eyes.

All of Jihane's 10 children were captured but for now Jalila is the only one who came back. Yazidis have been persecuted for centuries, but Jihane is in no doubt that her community has never suffered atrocities on such a large scale before.

“When before were women sold, kids beheaded and families destroyed?" she almost yelled. "Never. It never happened this way before. It cannot be worse!”

'When before were women sold, kids beheaded and families destroyed?'

A common claim among the Yazidis in Iraq is that their community has gone through numerous "firmanat", a term they coined and the translation of which, in this instance, would be "genocides”.

Mélisande Genat, a PhD candidate in History at Stanford University who has been conducting field work in Iraq since 2010, said that while the Yazidis were repeatedly targeted under the Ottoman empire and throughout the 20th century, the 2014 operation by IS must be seen as the first attempt to wipe out the entire community from Iraq.

"Yazidi history is replete with massacres, the scale of which may, in fact, often have exceeded what happened in 2014," Genat told MEE. But, she explained, the internal dynamics of the Sinjar tribal fabric - alliances and conflicts between Yazidi, Kurdish and Arab tribes, as well as internal dynamics within the Yazidi community - have allowed for the continued presence of the Yazidis in the region of Shingal.

“In 2014, however, it is the first time that the Yazidi community has been targeted as such. Therefore, the term genocide is entirely appropriate."

Jihane has lost many family and friends during the past two years but her attention is now focused on Jalila, Nadia and Raed, who, months after their captivity, are still coping with the trauma.

“They are sad in the bottom of their heart. They are still tired, they are always thinking about their family in captivity,” Jihane said, a white veil covering her silver hair and a dash of hope sparkling in her dark-brown eyes. "They have been affected, but hopefully they will heal.”

The names of Nadia, Raed, Jalila, Jihane and Sana were changed to protect their identity and their relatives still in captivity. 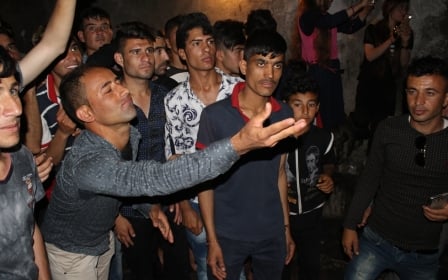 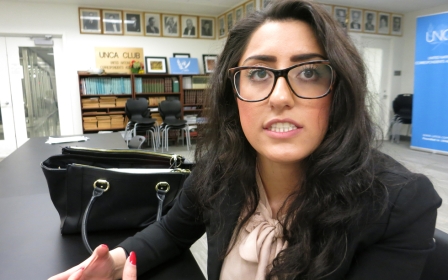 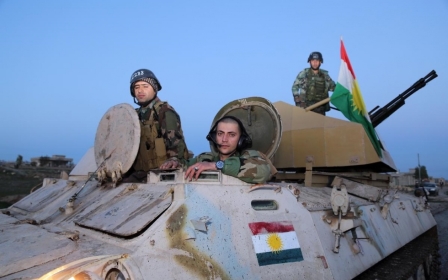