Yemen’s political parties are edging closer to a deal that would resolve the crisis caused the by the Shiite Houthi militia seizing power, UN envoy Jamal Benomar has said.

Parties including the powerful Houthis have agreed on the “form of the legislative authority in the interim period,” Benomar wrote on his Facebook page late Thursday.

He hailed the preliminary accord as an “important step towards achieving a comprehensive political agreement that would end the current crisis”.

“Dialogue participants have agreed to a framework for an interim legislative authority which ensures the representation of all political groups,” he added. “Other issues remain on the negotiating table, mostly regarding the cabinet and the presidency as well as political and security guarantees that the agreement would materialise within a specific timeframe.”

The Houthis seized Sanaa in September before tightening their grip and prompting Western-backed President Abedrabbo Mansour Hadi to offer to resign in protest.

They dissolved parliament and installed a “presidential council” on 6 February, sparking security concerns that saw several Arab and Western states close their embassies and evacuate diplomats.

The new deal stipulates that the current parliament dominated by ousted president Ali Abdullah Saleh’s party would remain in place, while a parallel “People’s Transitional Council” would be formed to include “unrepresented components,” Benomar said.

Half of the seats in the new council would go to representatives of formerly independent South Yemen, while women and youth groups would get a 30 percent and 20 percent quota respectively.

The two chambers together would form the “national council,” the UN envoy said.

“This progress is not an agreement, but is an important breakthrough that paves the way towards a comprehensive agreement,” he wrote.

There was no immediate response from the Houthis.

Hakim al-Masmari, the editor of the Yemen Post, told Al-Jazeera the deal demonstrates that “Yemen does not want a civil war.”

“This is a step in the right direction,” he said. “Just the fact that the opposing parties are talking to each other is positive. It’s an initial deal and very far from a final deal.”

On Sunday, the UN Security Council urged the Houthis, known officially as Ansarullah, to “immediately and unconditionally” engage in “good faith” in UN-brokered negotiations, withdraw their forces from government institutions and relinquish power.

In a new resolution, adopted unanimously by all 15 members, the council also demanded that the militia release Hadi, his Prime Minister Khalid Bahah, and other officials and activists under de facto house arrest or in detention.

In response on Monday, the Houthis told the Security Council to “respect the will and sovereignty of the Yemeni people, and to be accurate and objective”.

Since overrunning Sanaa unopposed in September, the Houthis have since expanded their control to coastal areas and regions south of the capital, but have faced fierce resistance from Sunni tribes and al-Qaeda militants.

Saudi Arabia and other western nations have closed their embassies in Sanaa in a move that signified their concern that the political vacuum in Yemen would empower al-Qaeda, which will lead the country into a sectarian civil war.

Al-Qaeda, which remains active in the southeast, frequently attacks the security forces.

One soldier was killed and four were wounded in a roadside bombing in Hadramawt province Friday.

The attack on the road between the main interior towns of Sayun and Shibam targeted the convoy of General Abdulrahman al-Halili, commander of the First Military Region, an army official said. 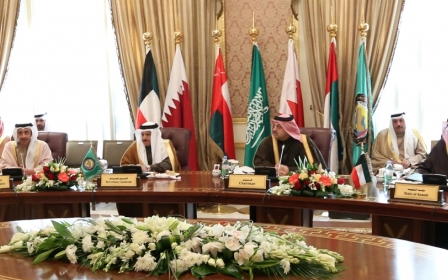