Islamophobia in the UK: Don’t use Christchurch attacks to justify Prevent 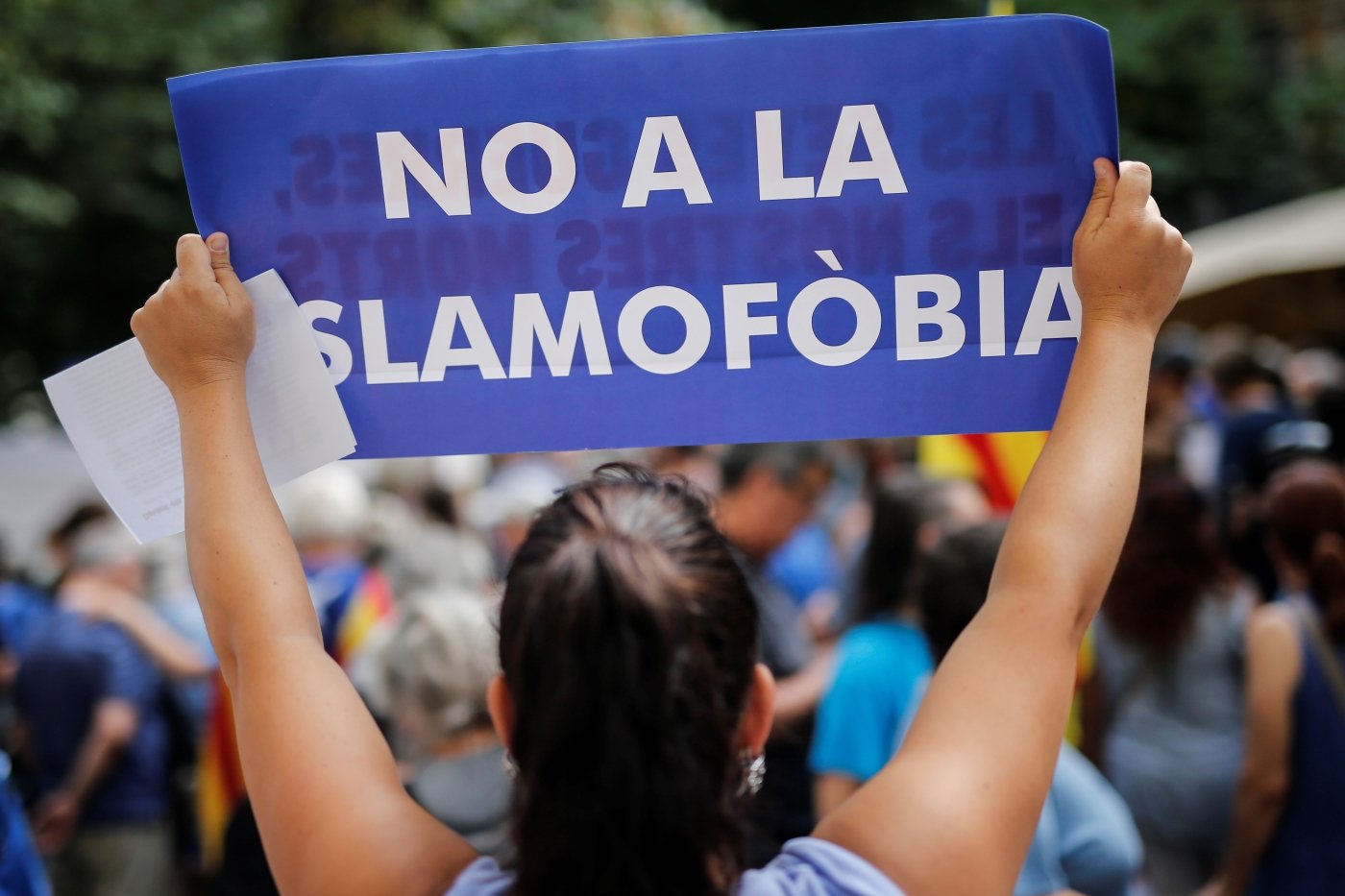 A woman holds an anti-Islamophobia placard during a march in 2017 in Barcelona, Spain (AFP)

In the wake of the Christchurch massacre, advocates of the UK’s Prevent programme have been arguing in the media that the horrific, racist attack in New Zealand demonstrates the pressing need for the government’s controversial counter-extremism policy.

Security Minister Ben Wallace this week said that the government policy targets any ideology, "wherever the threat emerges" - implying it could also counter the far-right.

But our new report draws the opposite conclusion. After closely examining the interactions between counter-extremism policies and the Islamophobic far-right in three European countries (the UK, Germany and France), it concludes that far from being the solution to Islamophobic violence, policies such as Prevent are actually a big part of the problem.

From their inception, contemporary "counter-extremism" policies, such as Prevent, have chiefly been about policing Muslims, rather than protecting them. The same is true of counter-extremism policies in Germany and France.

Thus, unlike most other forms of racism, Islamophobia has for years been legitimised by government policies problematising Muslims. The mainstream media has simply followed where governments have led.

Islamophobia is not just about individual prejudices or serious violence. It is structural and institutional

Islamophobia is not just about individual prejudices or serious violence. It is structural and institutional.

What’s more, as well as constituting an onslaught on Muslim civil liberties and equal rights, the “war on terror” has, over time, helped to reshape the far right.

The "counter-jihad movement" – a strand of the far-right that targets Muslims and migrants in particular – has flourished as a byproduct of mainstream policies and narratives that are Islamophobic and xenophobic at their core.

Counter-extremism policies in countries such as the UK and France have gradually encroached further into society, continually widening the circles of those expected to be vigilant for so-called “signs of radicalisation”.

By treating Muslims as a suspect community, such policies are not only inherently discriminatory and disproportionate; they also empower the far-right, fostering an atmosphere of officially sanctioned Islamophobic paranoia.

In this climate of fear, counter-jihad movement conspiracy theories thrive, such as the “great replacement” myth (popularised by French writer Renaud Camus), which provided the title of New Zealand killer’s manifesto, compiled after he visited - and was horrified by - multicultural Europe.

That’s why our report suggests there is a symbiotic relationship between counter-jihadists and counter-extremism actors, with both contributing to the overall problem of Islamophobia in society.

We highlight the alarming synergies between counter-jihadists and counter-extremism actors, showing that they often share the same underlying assumptions and act against the same targets, even if their language and methods are different.

For instance, in Germany, the Pegida movement uses logos and slogans (such as “Away with all the radical trash!”) to position itself as being opposed to “extremism” of all sorts, whether left, right, or Islamist. In another example, UK counter-jihad activist Anne Marie Waters was able to smear Muslim groups in mainstream British newspapers by presenting herself as a “counter-extremist”.

The fact that counter-extremism rhetoric is so amenable to the far-right tells us something important. It appears to provide an ostensibly respectable language for expressing racism, and serves as a useful cover for targeting Muslims.

And when some supposedly legitimate counter-extremism actors, such as the the Quilliam Foundation, make common cause with US-based far-right Islamophobes such as the Gatestone Foundation, it’s increasingly difficult to say which is which.

While proponents of Prevent are keen to emphasise a recent rise in far-right referrals, trying to make counter-extremism policies more “balanced” is not the solution.

We are still routinely told that the Islamic State is the biggest threat, and Islamophobic violence is often presented as merely a response to that threat.

While the most explicit articulation of this came from Queensland senator Fraser Anning just after the New Zealand mosque shooting (“While Muslims may have been the victims today, usually they are the perpetrators,” he said), government complacency with regards to the far right betrays how widespread this belief is.

The far-right are making inroads into numerous Western parliaments, and dragging so-called centrists to the right

Islamophobia is not coincidental. Across the world, counter-extremism policies that place blame and suspicion collectively on Muslims are not only failing to prevent the rise of the counter-jihad strand of the far-right, but are in fact enabling it.

The far right are making inroads into numerous Western parliaments, and dragging so-called centrists to the right. With their hands on the levers of state power, they can do far more damage that any non-state actor.

It’s time to admit that the “war on terror” approach to political violence was misguided from the start. Christchurch is an argument for dismantling Prevent, not defending it.

We need to wake up to the threat of white supremacy – and start a war on racism and fascism instead.

Hilary Aked
Dr Hilary Aked is a London-based writer and researcher whose first book will be published by Verso.