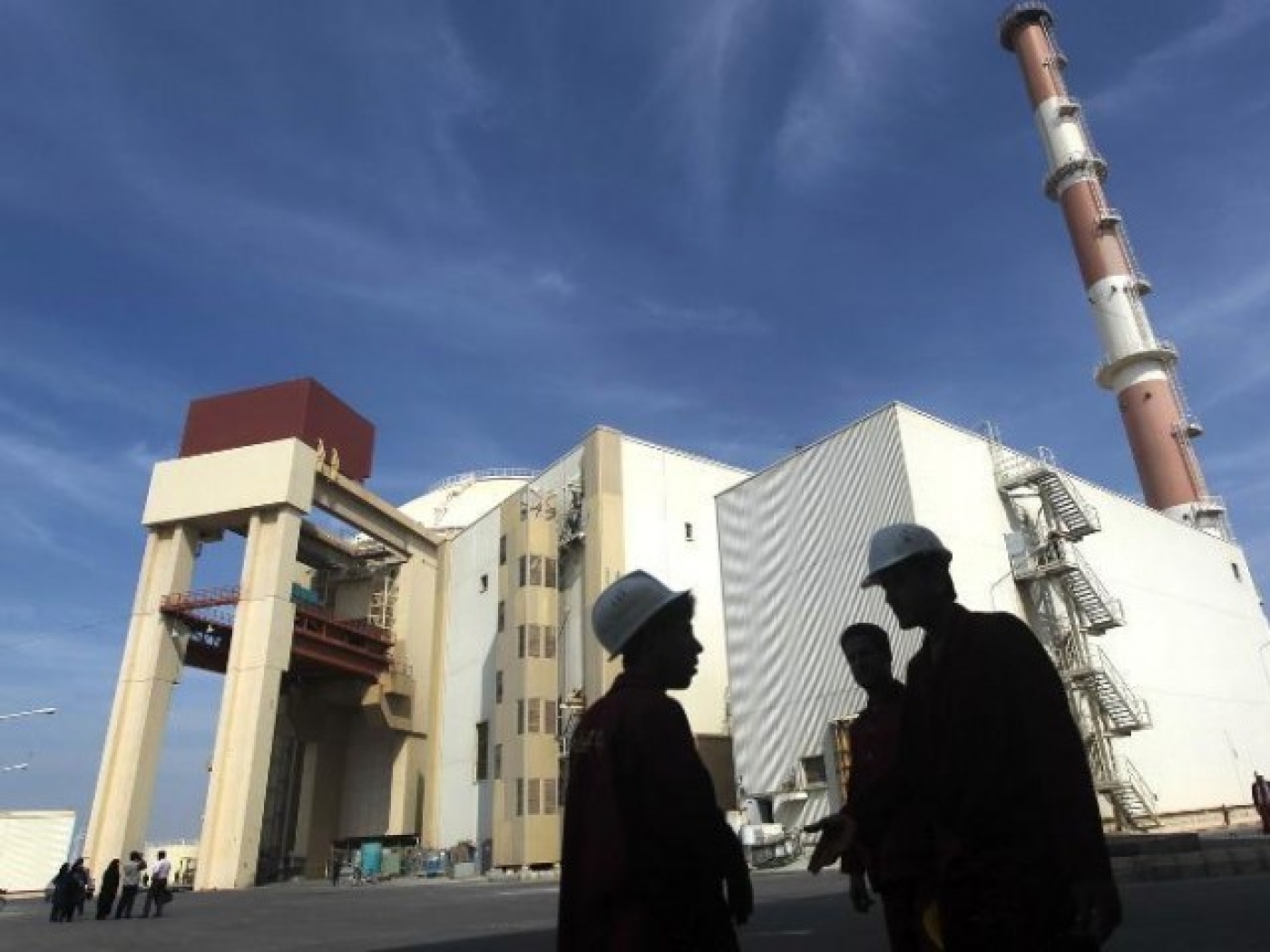 The latest public spat between the Obama administration and the Netanyahu government centres on Israeli leaks of details of the US negotiating position in the Iran nuclear talks and the US consequently reducing its consultation with Israel on the talks.

Washington Post columnist David Ignatius divulged some of the details of the quarrel this week. It involves the alleged leak to an Israeli journalist of an Obama administration proposal that would “allow Iran to enrich uranium with 6,500 or more centrifuges as part of a final deal,” according to Ignatius.

The immediate issue was White House anger over Netanyahu’s taking advantage of the information on the US negotiating stance to interfere - again - in US domestic politics. But the Ignatius account also provides further evidence that the Obama administration still feels it necessary to clear every significant diplomatic move on Iran with Netanyahu, whose openly declared aim is to prevent any agreement from being reached.

The real reason for Obama’s continued appeasement of Netanyahu on the talks is that the White House believes Israel’s minions in Congress pose a serious threat to the administration’s diplomatic strategy on Iran.

To understand the politics surrounding the latest proposal it is necessary to go back to the basic facts about Iran’s enrichment capacity and the negotiations on that issue. The first basic fact is that Iran’s installed capacity is nearly 20,000 centrifuges, of which half have never actually gone into operation. So when Iran proposes a total of 9,400 centrifuges, as Zarif did last July in an interview with the New York Times, it represented a 50 percent cut in that total enrichment capacity.

But US and European officials have studiously avoided any reference to the nearly 10,000 installed centrifuges that have not been operating. Their statements to the press insisting that Iran has not shown political will have pretended that those centrifuges don’t exist. Thus they have referred to the proposed Iranian reduction to 9,400 as merely maintaining “the status quo”, as the International Crisis Group’s Ali Vaez reported last August.

The Obama administration has justified its demands for much deeper cuts in the number of centrifuges by citing the need to provide a sufficiently lengthy “breakout” timeline. That arbitrary metric has nothing to do with the reality of nuclear policy, since it posits a scenario that even the former WMD adviser to Obama, Gary Samore, admits is completely implausible.

The Obama administration claims that it needs a year or more in case of an Iranian decision to enrich uranium at weapons-grade levels in this “breakout” scenario so the president has enough time to fashion a response. But the idea that the President of the United States needs a year to decide what to do about an open violation of the agreement by Iran is so far-fetched as to suggest that the supposed need for a one-year “breakout timeline” is actually a cover for the real strategy underlying the US negotiating position.

The reality is that the 9,400 level Iran is proposing would give Obama plenty of time to make a decision. Two graphs accompanying an article by David Albright and Olli Heinonen, the former International Atomic Energy Agency (IAEA) deputy director-general for safeguards, last June shows that fact very clearly. Assuming no stockpile of 20 percent-enriched uranium, and a reduction of the Iranian low-enriched uranium (LEU) stockpile to zero, according to those graphs, the breakout time for 10,000 IR-1 centrifuges would be about nine or 10 months.

Iran had already agreed to get rid of its stockpile of 20 percent-enriched uranium and agreed last autumn to reduce its LEU stockpile to a low level by shipping it to Russia to be converted into fuel assemblies for Bushehr, provided that other elements of the agreement were acceptable.

Those graphs provide perspective on the proposals the United States has been making since the start of the negotiations and the political considerations that have been shaping the US approach.

In the initial May 2014 draft agreement, the P5+1 demanded that Iran agree to a cap of 1,500 centrifuges, representing a reduction of 92 percent from the existing Iranian enrichment capacity.  But diplomats apparently suggested privately to Vaez that they might ultimately settle for a 6,500 cap.

In July, US and European officials in Vienna succeeded in convincing Vaez of the ICG that their “margin of manoeuvre” had been reduced during the spring and summer, and that the 6,500 centrifuges the ICG had proposed in May was no longer possible. Capping the number of centrifuges at about 4,000, Vaez wrote, was “a political imperative” for the United States and its European allies.  A glance at the graph shows that a reduction to 4,000 would increase the breakout time to somewhere between 21 and 28 months.

A semi-official Iranian source revealed in early November that the Obama administration had just offered 6,000 as the total to be allowed in the comprehensive agreement - a total that would be equivalent to 12 to 15 months on the graph. Now we know from the story of the Israeli leak that the Obama administration was ready to offer 6,500 in January.

That 6,500 may not be the final US offer. The Obama administration has never adopted a firm final numerical demand for the cap on centrifuges numbers going into the negotiations, according to a US source who has been briefed on its negotiating calculus. But the administration has not had any incentive to be more forthcoming on centrifuge numbers, as discussed earlier in this space, because the status quo gives the US what it needs most. And Washington is convinced that Iran is playing a weak negotiating hand, because the sanctions and the steep plunge in the price of oil have put intense pressure on the Rouhani government to reach an agreement.

That same perception has also led to a US position on lifting sanctions that would allow it to hold on to leverage over Iran through sanctions until late in the implementation of the agreement, even though Iran would be expected to cut the number of centrifuges immediately.

But the Obama administration has yet another reason for making no real effort to accommodate Iran’s political problems, which brings us back to the significance of the latest Obama-Netanyahu spat. It is the fear that proposing anything less than a one-year breakout timeline would cause Congress to vote to reject the agreement. According to the well-informed US source, the administration is worried that if Congress rejects a final deal it will be perceived by the rest of the world as an indication that the US was responsible for the failure of the talks.

That fear - and the determination of the Obama administration to avoid having to bear the onus for diplomatic failure - gives the extremist opposition in Congress and its Israeli sponsors a veto power over the administration’s negotiating stance. And that explains why the administration approached Netanyahu, hat in hand, in January to seek his blessing for its most recent offer to Iran.

The irony in this situation, therefore, is that Obama’s own diplomatic gamesmanship, aimed at gaining the upper hand over Iran, has in the end handed Netanyahu, whose demands on Iran he rejected decisively in 2012, a new and powerful form of leverage on US Iran policy.

Photo: Iran’s current installed nuclear capacity is nearly 20,000 centrifuges, of which half have never actually gone into operation. 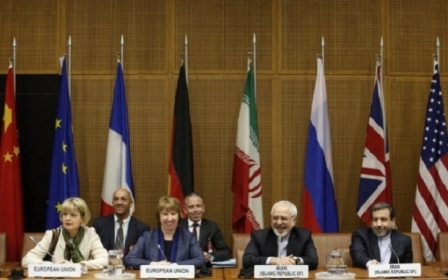 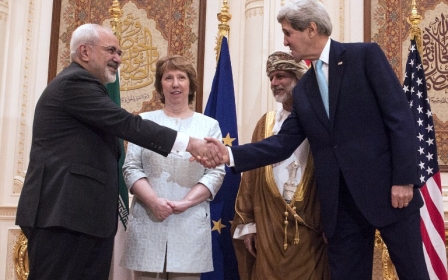 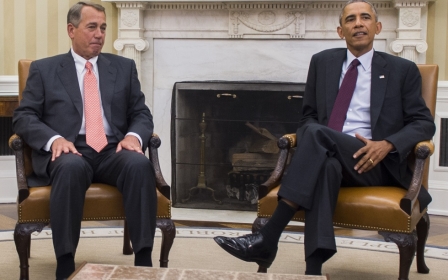