Yarmouk interview: I have enough Nakbas to deal with 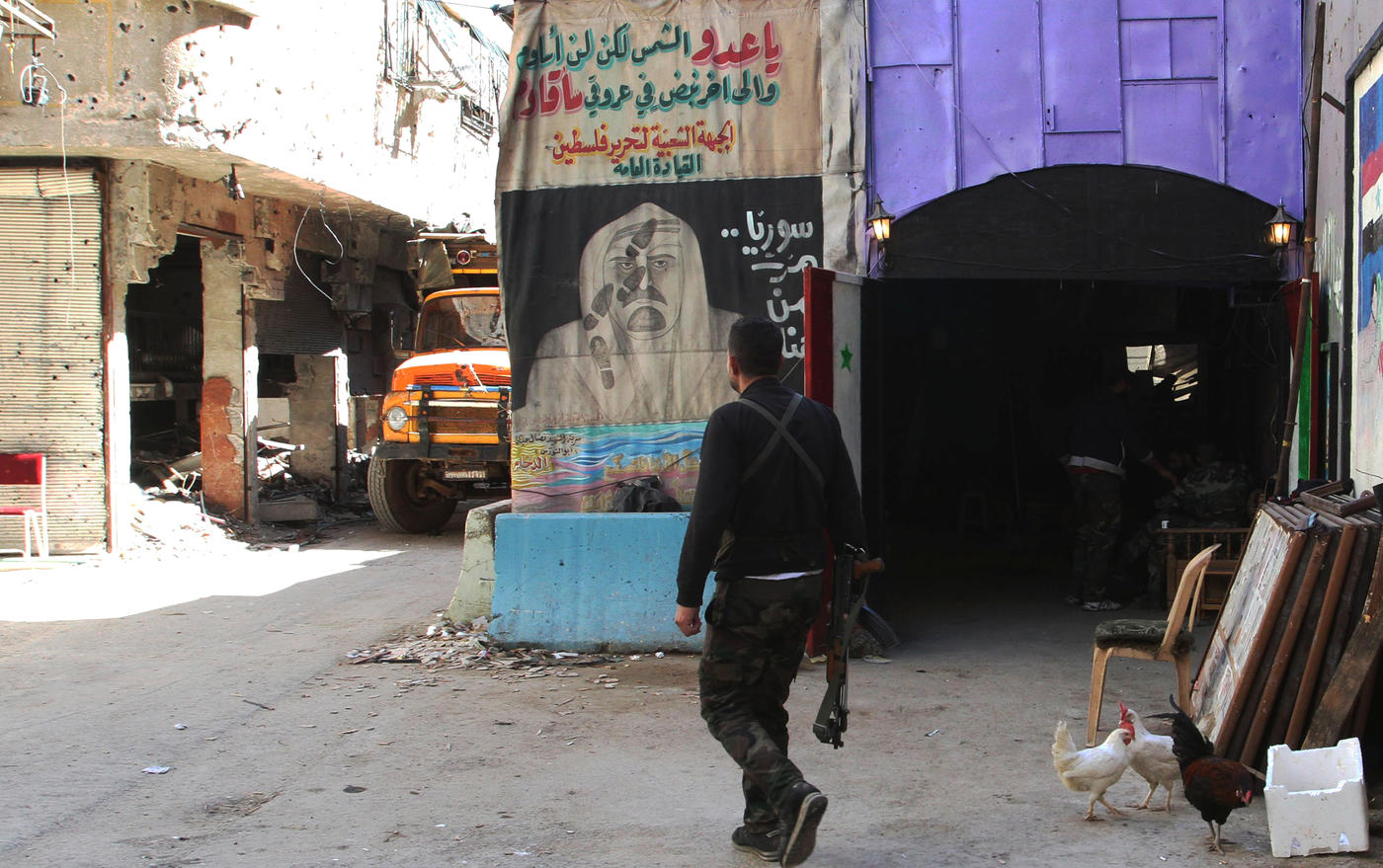 Abdullah Khatib is a young activist and refugee living in Yarmouk, which used to be the largest refugee camp for Palestinians in Syria. The camp used to be home to 160,000 Palestinians in addition to Syrians, but has been reduced to a shadow of itself since the Syrian government began shelling it in December 2012. A crippling siege has claimed the lives of almost 300 people in the camp that died from starvation and the lack of medical care.

Tens of thousands have fled Yarmouk, leaving an estimated 18,000 people in the camp. Last month, the Islamic State group (IS) entered the camp, which lies in southern Damascus, and fierce gun battles between different opposition armed groups and Palestinian allied government forces ensued. The Syrian army also continued to shell the camp from above, a primary source of mass carnage and devastation.

Most of the Palestinians in Yarmouk are refugees and descendants of refugees who originally came from the northern Haifa and Acre districts. They were forcibly displaced in mass droves in 1948 in what Palestinians refer to as the Nakba, or the “Catastrophe”.

As the 67th Nakba Day anniversary approaches, Middle East Eye spoke with Abdullah about Yarmouk and what the right of return means to him.

What village are you from?

I am from the village of Balad al-Shaykh in the Haifa district.

What does the right of return mean to you? Do you want to return to your origins or would you prefer to stay in Yarmouk?

Dreams are usually about the future, but for me, like other Palestinians, I dream of the past and of returning to a country I have never seen before, to Palestine. I know the country through the tales of my grandfather and the stories of the elderly in the camp, and I read about it in Mahmoud Darwish’s poetry and the stories of Emile Habibi [Palestinian writer]. It’s true that the camp is closer to me than Palestine, but I dream of returning to Palestine not for the sake of longing but for the desire to achieve victory over defeat.

Today there is no longer a refugee camp for me to live in anymore. I will look for another place where I can live, however I want. I don’t know where that place is, but I will find it until the right moment comes to realise the right of return, even if it is presented to me as an individual choice.

What does Yarmouk mean to you? Is it just a camp, a temporary stop for refugees, or has it become like another homeland?

[Mahmoud] Darwish once wrote: loyalty to birth wherever it is found.

I was born in the camp and naturally I belong to it, regardless of its symbolic status among the Palestinian refugees and how everyone considers the refugee camp to be the capital for the Palestinian Diaspora.

The camp is the place that brings together all of the contradictions inside of it. The rich and the poor. The educated and the illiterate. The Islamists and the leftists. The patriots and the nationalists. The Palestinians and the Syrians.

According to the residents of the camp, Yarmouk is like an independent republic. We view it as a miniature Palestine. We have streets named after cities and towns. Haifa street, Jerusalem street, Loubiya street, Saffuriya road, The Sarafand neighbourhood. I haven’t come across the same sense of belonging to Palestine by Palestinians in Yarmouk anywhere else.

Has the Nakba become just another day in the calendar? That is, has it become stripped from its meaning in light of the lack of concrete action to end the plight of refugees?

The answer may differ from camp to camp. What I know is that in 2011, on the day of the Nakba, thousands of Palestinians from Yarmouk stormed the Syrian-Israeli border to reach Palestine. I believe this illustrates clearly what the Nakba means to us in Yarmouk.

In your opinion, who is the real representative of Palestinians?

Are you in touch with Palestinians inside Palestine? Do you believe that Palestinians - despite the diaspora and the political differences and geographic fragmentation - are truly one people?

I have friends in Gaza and in villages in the West Bank and in the ’48 territories [modern day Israel]. Some of them I met in person through conferences and summits and others I only know through social media.

We are not one people in the literal sense of the word. What unites us is “Palestine” and what divides us is the thousands of kilometres between us and the many undeveloped political projects and the different political affiliations.

The Palestinian in Syria feels more affiliation for Syria than Palestine. It’s the same case for Palestinian refugees in Jordan. We need to reconstruct the collective Palestinian identity.

What is your opinion regarding the reaction of Palestinians within the country to the events in Syria in general, and on the siege, killing and displacement of residents in Yarmouk in particular?

I think that there is a massive lack of awareness on understanding the nature of the current events in Syria, such as whether it is a civil war or a revolution. I have explained at length to my friends in Palestine on what is happening inside Yarmouk camp. Their reaction is not fitting for the ongoing events. It is disappointing, but I don’t blame them. Most of the activists in Yarmouk camp hold the Palestinians within Palestine to a responsibility beyond their capacity. They ask them to mobilise in support of the residents of the camp.

[But] whoever is following the Palestinian scene closely would realise that the magnitude of the political, economic and social problems in Palestine prevents a significant mobilisation to support Yarmouk camp.

Personally, will you commemorate the Nakba this year?

The most important thing for me is to feel that the life of a Palestinian is a constant Nakba since 1948 in the sense that we must commemorate the anniversary on a daily basis until we obtain our legitimate rights in Palestine.